The Government of Japan has provided a new grant of US$647,887 (approx. Rs. 230 million) to the HALO Trust for humanitarian demining  in the Northern Province of Sri Lanka. The grant contract was signed on 19thOctober 2022 at the Ambassador’s Residence in Colombo, between His Excellency Mr. Mizukoshi Hideaki, Ambassador of Japan and Mr. Stephen Hall, Programme Manager of the HALO Trust.

HALO began its operations in Sri Lanka in 2002 with approximately 20 per cent of its clearance activities accomplished thanks to Japan's generous assistance. This new grant will allow HALO to clear minefields allowing 11,000 internally displaced people to rebuild their livelihoods in Kilinochchi, Mullaitivu and Jaffna Districts.

Japan has been a major donor to humanitarian mine clearance in Sri Lanka since 2002, assisting all the four demining NGOs currently operating in Sri Lanka. Japan has given more than US$ 42.7 million through its Grant Assistance for Grassroots Human Security Project (GGP). HALO estimates that over 100,000 Sri Lankans have benefitted from its landmine clearance work directly funded by Japan.

This year, Japan and Sri Lanka mark the 70th Anniversary of the Establishment of Diplomatic Relations. Development of the conflict-affected regions is one of the priority areas in Japan’s official development assistance policy to Sri Lanka. The Government of Japan will continue to support the effort for the Government’s goal of achieving a ”Mine Free Sri Lanka”. 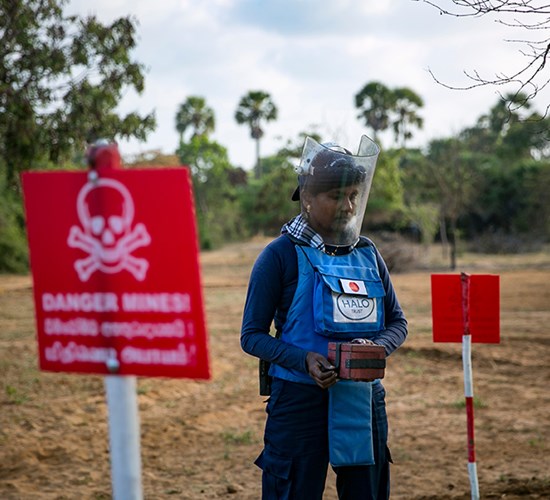 "Japan's twenty years of humanitarian assistance to clear landmines in Sri Lanka has cleared over seven square kilometers of land previously contaminated by explosives. In the process, over 54,000 landmines and thousands of other explosive items have been safely destroyed and can now no longer cause injury or death."

He added: "The HALO Trust is very grateful to the Government of Japan for its continued trust and generous support – they are our longest-supporting donor. Removing the threat posed by landmines and other explosives allows for the safe resettlement of Internally Displaced Persons (IDPs), and unlocks opportunities for socio-economic development and productive use of land. Funding from Japan also provides a stable income and livelihood for hundreds of local women and men. The continued support from the Government of Japan to The HALO Trust and three other mine action operators is bringing the Government of Sri Lanka one step closer to towards meeting its Anti-Personnel Mine Ban Treaty obligations of clearing the country of all known mine and other explosive contamination by 1 June 2028”. 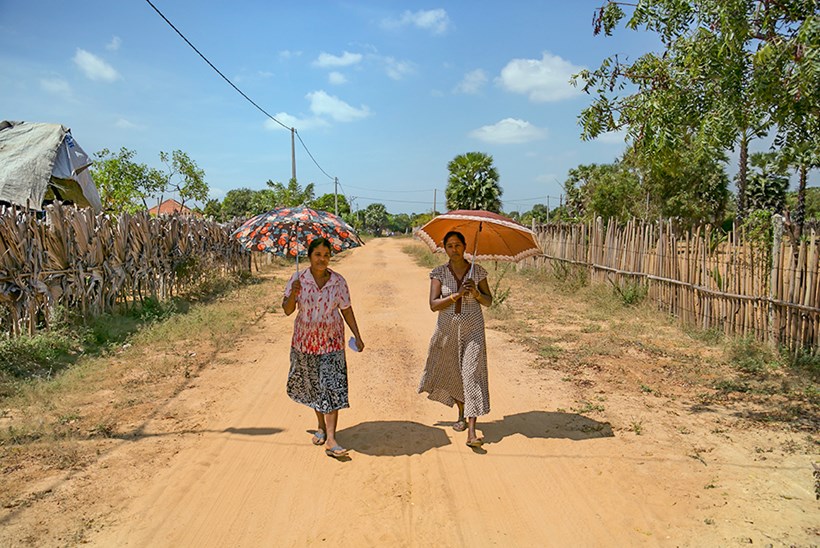 Mrs Jayakumar and her sister were displaced for 16 years from Intherapuram village until it was cleared of landmines with Japan's support.

HALO is the largest landmine clearance organisation in Sri Lanka, with over 1,300 staff. 40 per cent of our deminers and senior managers are women, many of them previously displaced or war widows with children to support. HALO conducts manual clearance by hand as well as using mechanical assets to clear large areas. It also conducts emergency call-outs to the community when they find unexploded ordnance and conducts risk education sessions to teach people to how to stay safe. 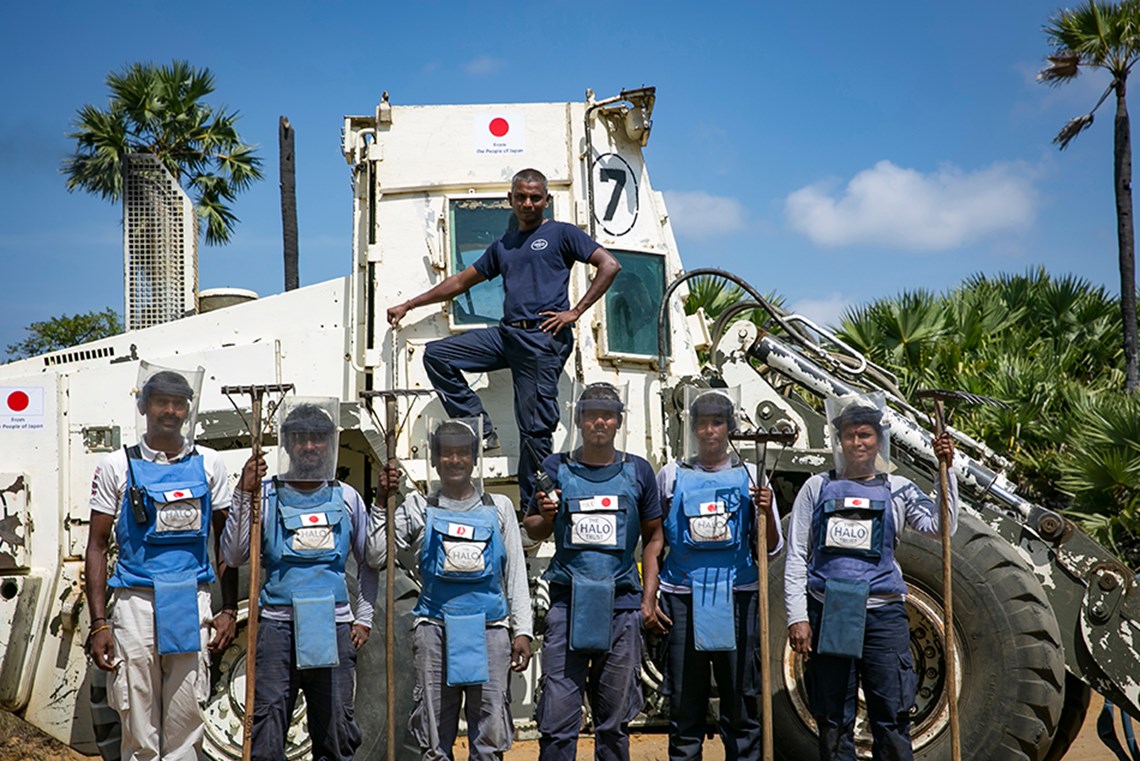 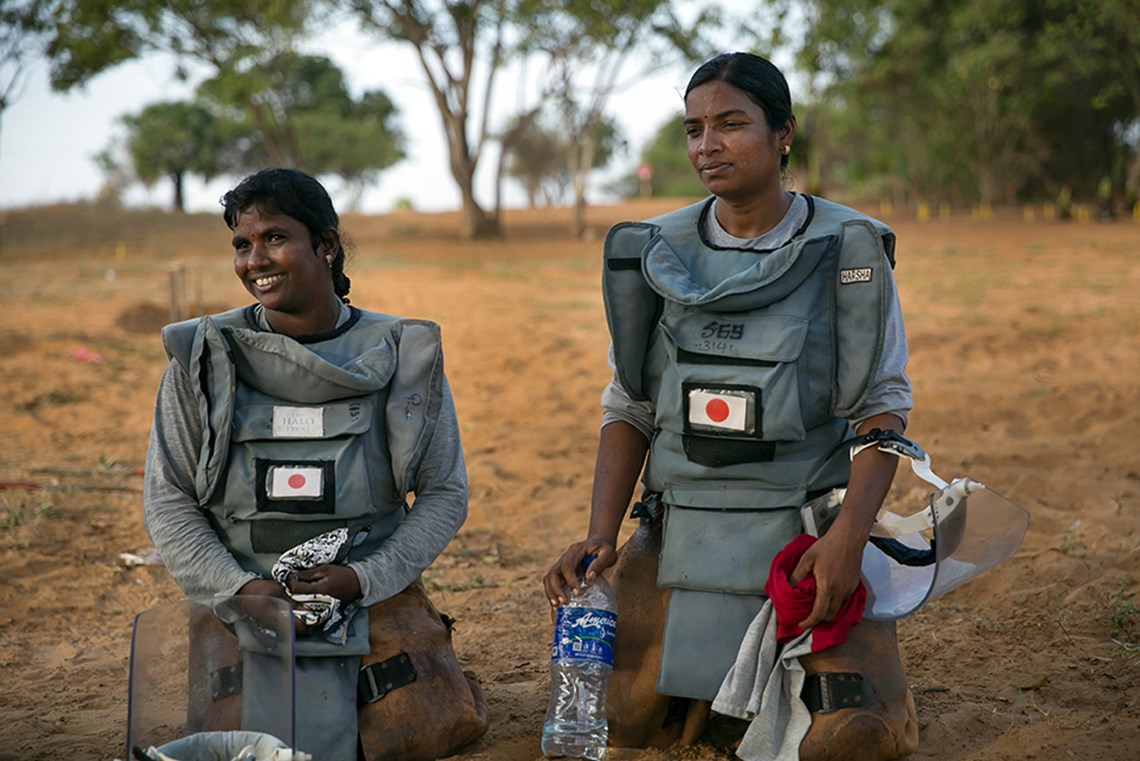 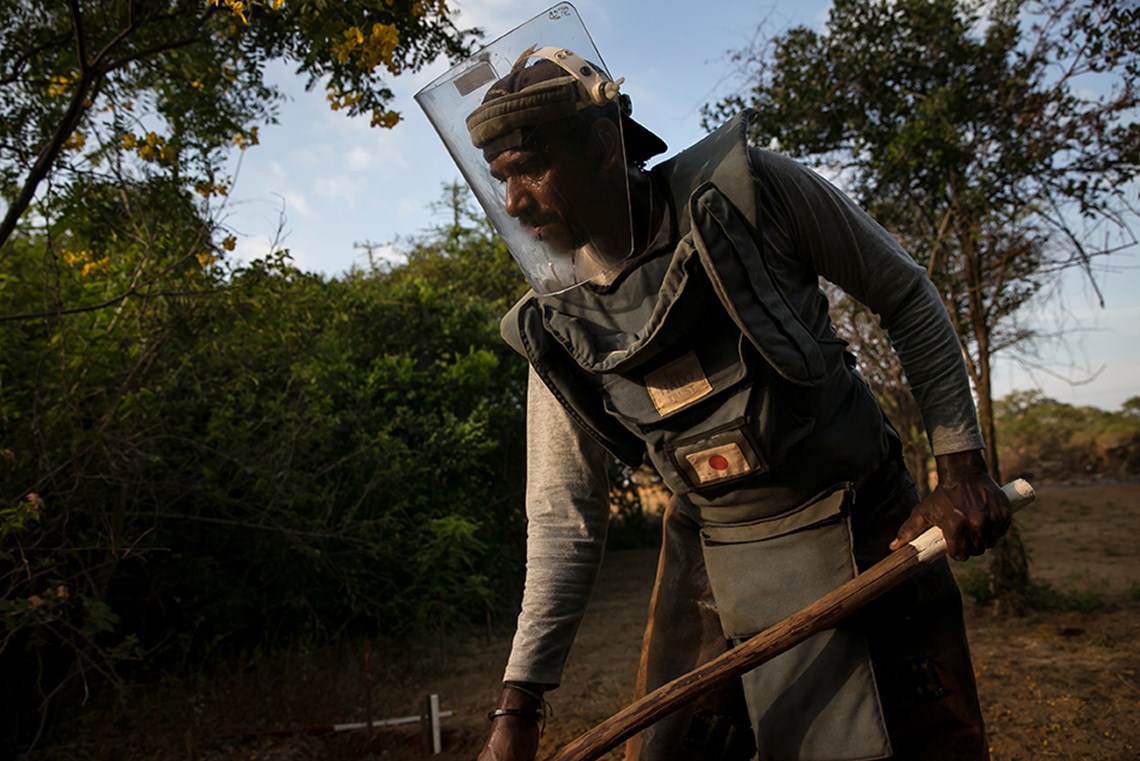 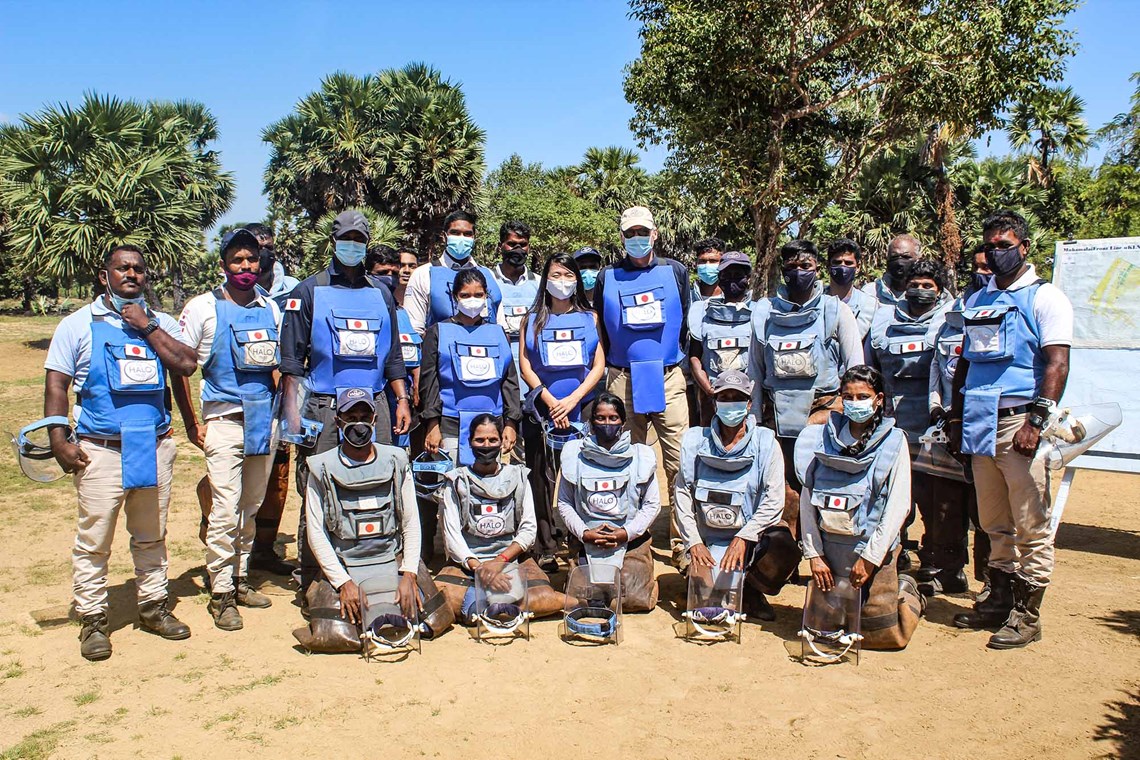 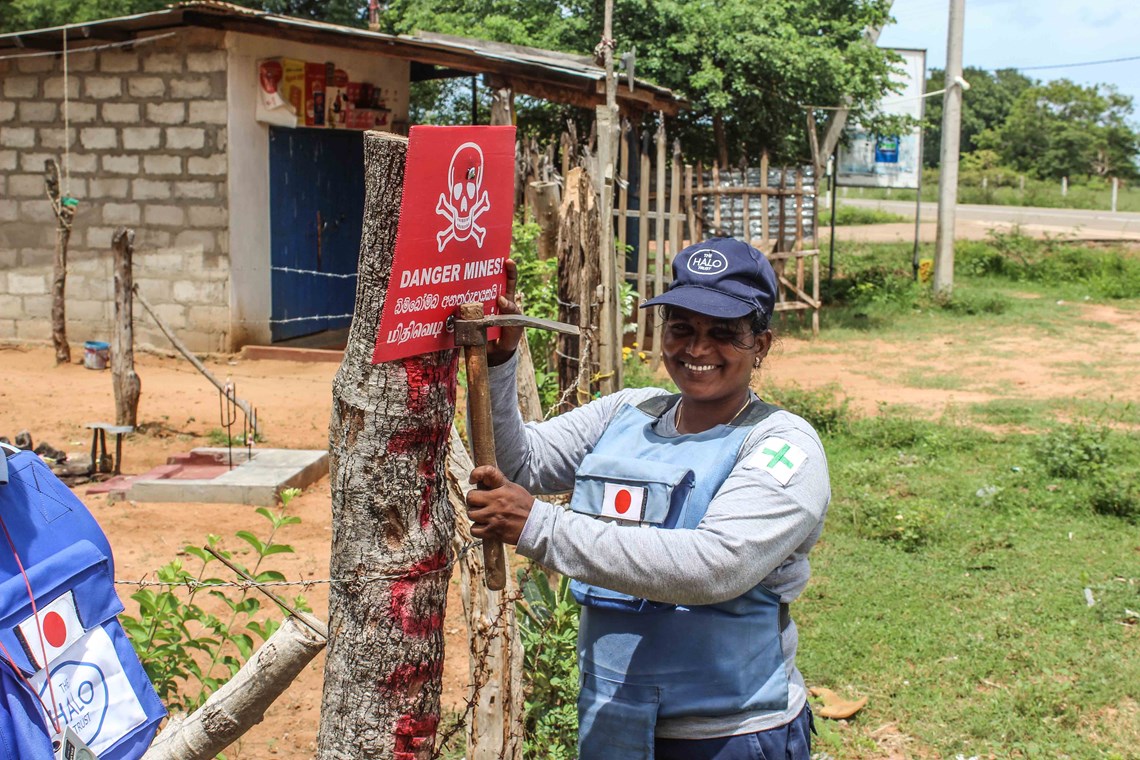 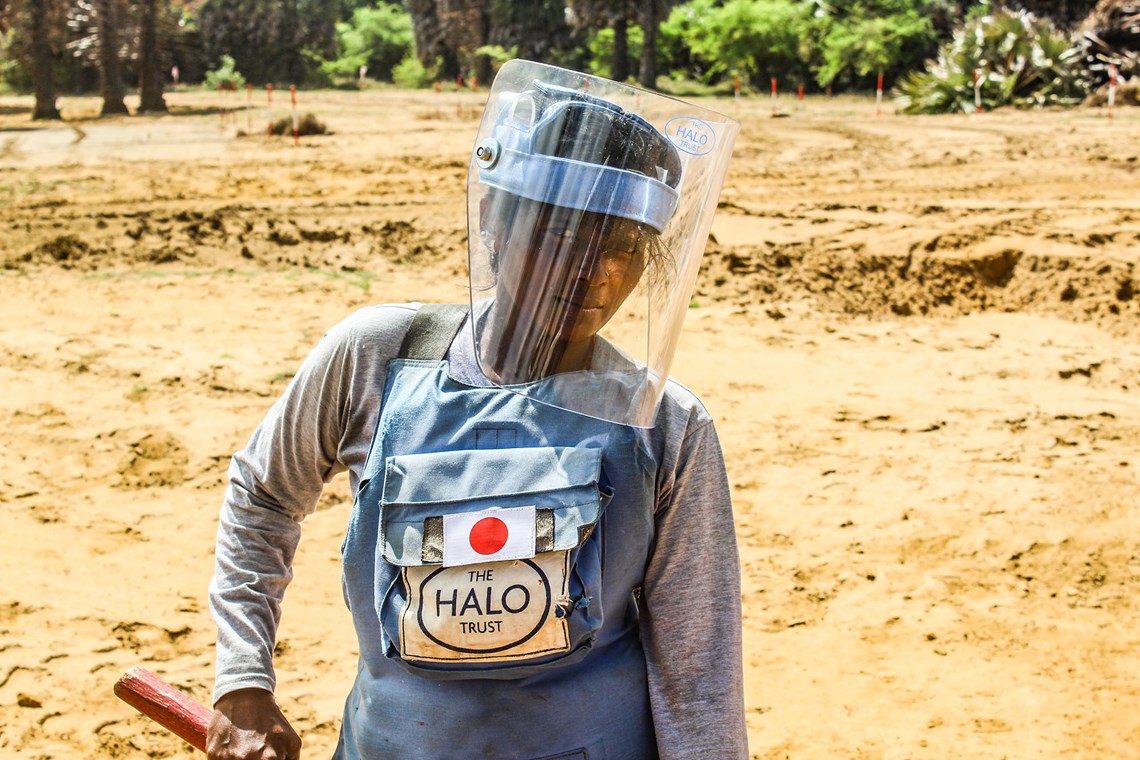