President Ivan Duque of Colombia met this week with The HALO Trust Colombia programme and other and mine clearance organisations to mark the handover of 38 Colombian municipalities that are now free of landmines and unexploded debris.

The President described 'a light of new hope' shining on these areas of the country thanks to the removal of mines. More than 700 of Colombia's 1,122 municipalities once had landmines, thanks to five decades of conflict, but 391 of those are now certified as mine-free.

The municipalities of Abejorral and San Rafael in Antioquia department were among the 38 declared mine-free and were cleared by The HALO Trust with the financial support of the United States Department of State.

In the two municipalities HALO cleared over 40 acres (165,000 sq m) of mined land, finding and destroying over 100 devices. The clearance will benefit more than 10,000 people who can now use the land in their communities productively and safely. 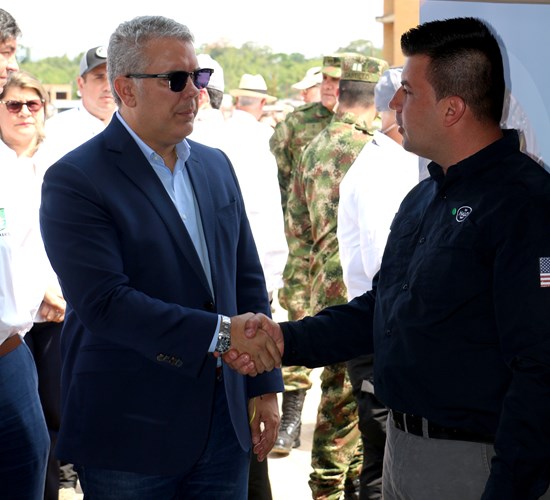 "Today we make history because we are freeing 38 municipalities from suspicion of mines. Thirty-eight municipalities have said goodbye to this tragedy; they have the light of new hope."

The ceremony took place in Pitalito in the Department of Huila in the south of the country.

According to Colombian Government figures landmines have killed 2,297 people and injured another 9,492 since 1990. They also prevent communities safely using land for farming, grazing livestock, transport and accessing natural resources.

Since 2016, demining has progressed as part of a peace accord with the Revolutionary Armed Forces of Colombia (FARC-EP).

In total more than 2,400 acres of land have been cleared of mines and 7,100 explosive devices destroyed across the country. The army and 11 civilian groups and NGOs, one of which is The HALO Trust, are responsible for the demining work. 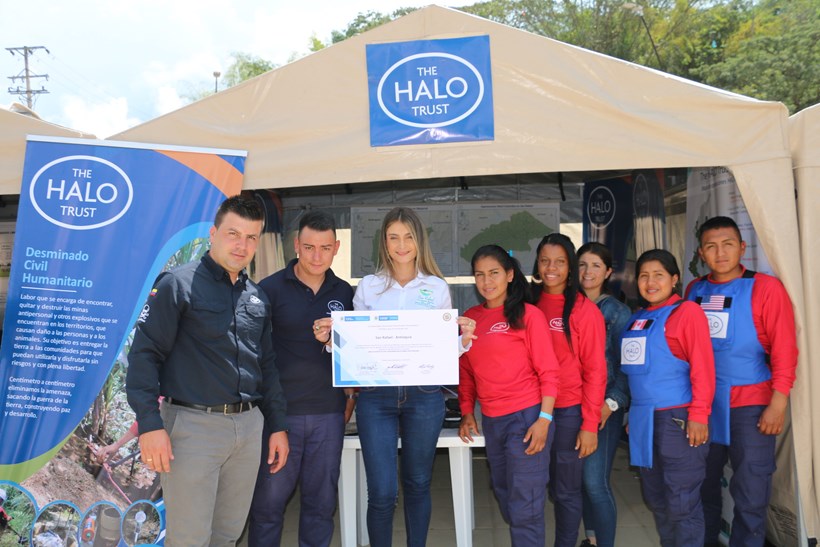 HALO Colombia programme staff and local officials at the handover. 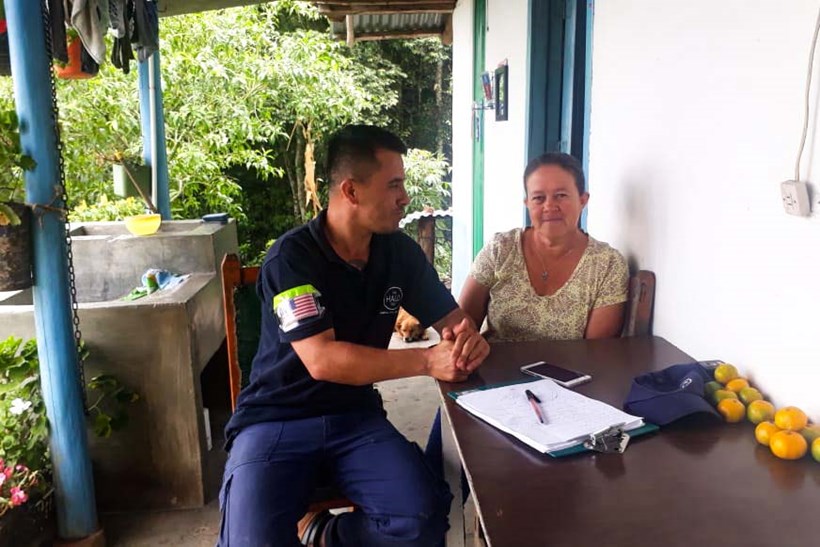 Luz Meri Arias
had to abandon her home because of the conflict.

One of those to benefit from the mine clearance is Luz Meri Arias, who was born in the municipality of Abejorral in Antioquia and has vivid memories of the armed conflict: "We had to leave our home. Not because armed groups threatened us, but because they were so close to us and we were very scared. One day they were fighting the soldiers on my neighbour’s property and we had to leave immediately. We left everything behind and went to Medellín and that’s where we stayed for five years.”

HALO recently cleared the land around her old house. “They did an excellent job. When they came to tell us what they were going to do, we were so happy because the land we were afraid of was going to be cleared. Now, you can walk all the way around my land, I feel so much calmer now. We weren't really expecting people to help us, so we just abandoned the land, and my little house. We're very happy that HALO cleared the mines.”