A key area of HALO’s work around the world is ensuring that weapons and ammunition arsenals are stockpiled safely and securely. This was put into sharp focus in early August when a military ammunition warehouse exploded in Abkhazia, killing two Russian tourists and injuring dozens more locals.

The warehouse was located near the small village of Primorsky on the Black Sea coast. On Wednesday the 2nd August, ammunition in the store spontaneously combusted, scattering an estimated 100,000 items of unexploded ordnance across the area and creating a giant mushroom cloud in the sky. Several residential buildings were completely destroyed, with many more severely damaged. Around 2,000 local residents, who are dependent on farming for their income were then in danger of injury from scattered ordnance. There was also a fear of explosives falling into the hands of criminals for potential IED (improvised explosive device) manufacture.

Local resident Felix Matua had been leading the deceased tourists in the nearby mountains. ‘When we started to climb the mountain, we heard the first explosions,’ he recalls. ‘Then a strong blast wave followed. All of us, including the horses, were thrown in different directions. I lost consciousness. When I woke up I had lost my phone and shoes. I looked for my companions but did not find them and set off on my own way back. It was difficult for me to navigate the terrain because the landscape had changed from the explosion. I found a river and followed the current downstream where people took me to the hospital.’

HALO staff visited the village on the first day to advise residents to avoid touching any of the dispersed ammunition and to evacuate the area. On day one HALO’s teams were unable to approach any closer than 1.5km as explosions continued. A paramedic from the Abkhazia emergency services was injured in the head trying to retrieve the bodies of the two victims.

HALO’s initial assessment found ordnance up to 1.5km from the store with the densest contamination within a 500m radius of the warehouse. After five days of scattered explosions, HALO staff were able to get close enough to the site to remove ammunition from surrounding residential areas and to post notices warning locals about the dangers of suspicious objects. Residents started calling HALO’s hotline to request removal of objects found around their homes, fields and the local nursery.

Milana Avidzba, 18, was in the village at the time: ‘During the explosion I was thrown a few metres,’ she says. ‘For a while, I lost consciousness. When I woke up, I saw in the sky a huge grey mushroom. We ran away from the mushroom, dodging objects falling from the sky. We were taken by car to Novy Afon, where we spent the night. When we returned home, the walls were cracked and the windows and doors were knocked out. The HALO Trust took out all the ammunition that was in the yard of the house, but there are still a lot of them remaining in the dense thickets of vegetation."

Thanks to emergency funding from the UK’s Conflict Stability and Security Fund and the EU, HALO is now deploying four Battle Area Clearance teams composed of nine specialists each to remove the immediate above-ground threat. This will clear a total of 700,000m2 over a period of four months.

In the first month of the operation in Primorsky HALO cleared 172,000 square metres of land and destroyed 3,464 pieces of ammunition.

HALO has previously responded to an explosion from a military store near the village of Azhara, Gulripsh region, in which two civilians were injured.  The explosion was smaller than Primorsky but still contaminated a wide area. The area was successfully cleared by within 60 days, destroying over 12,000 items of unexploded ordnance without incident and preventing further casualties. 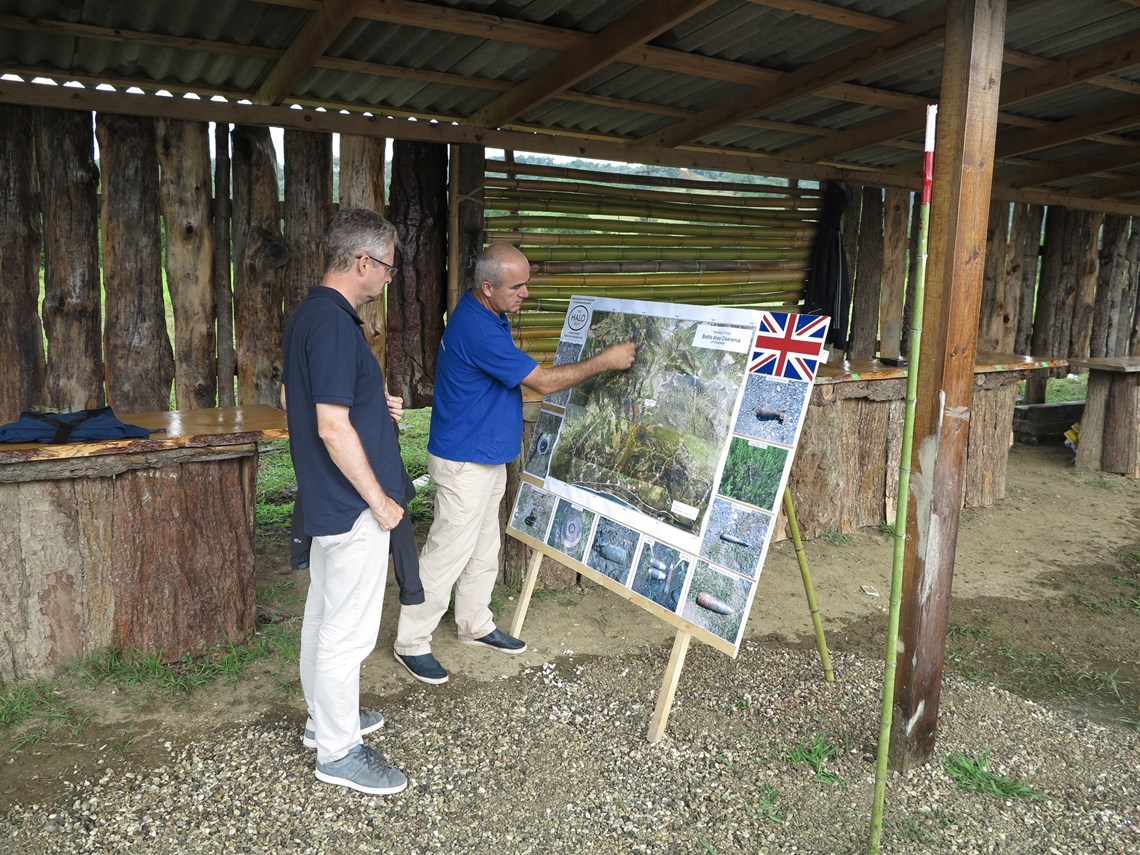 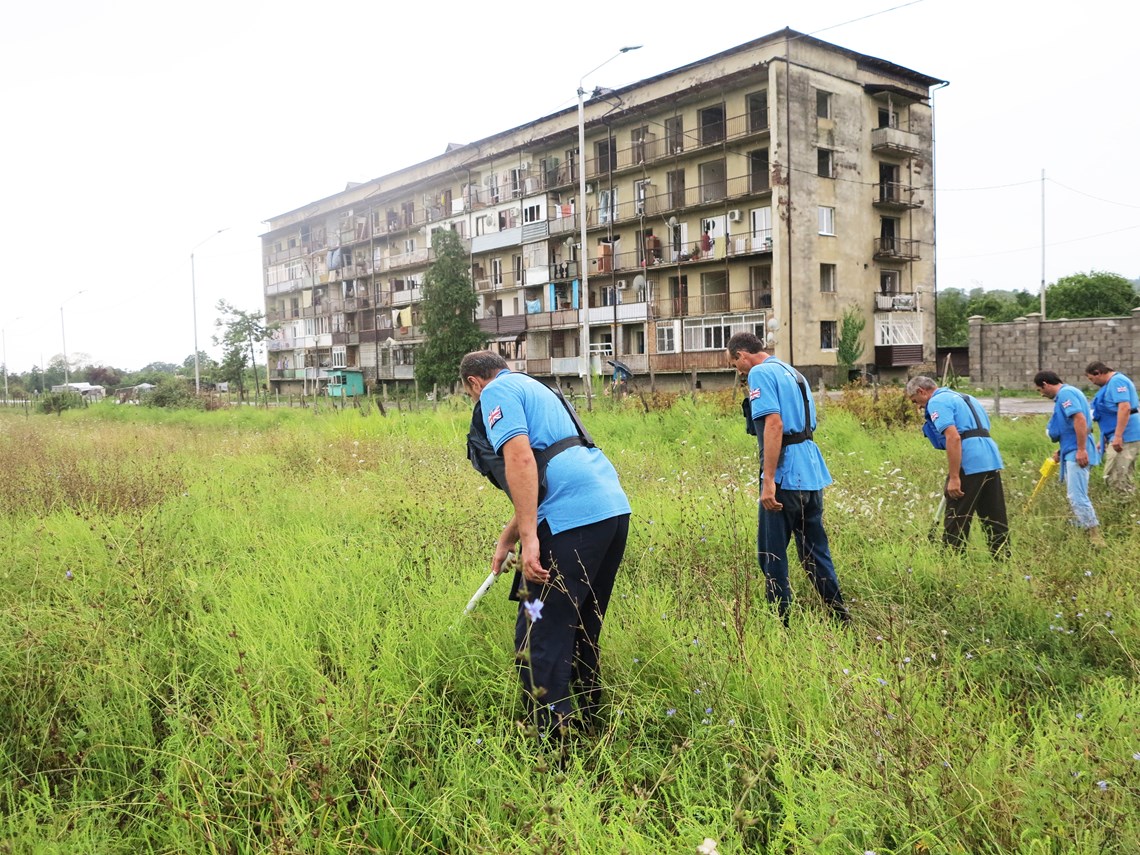 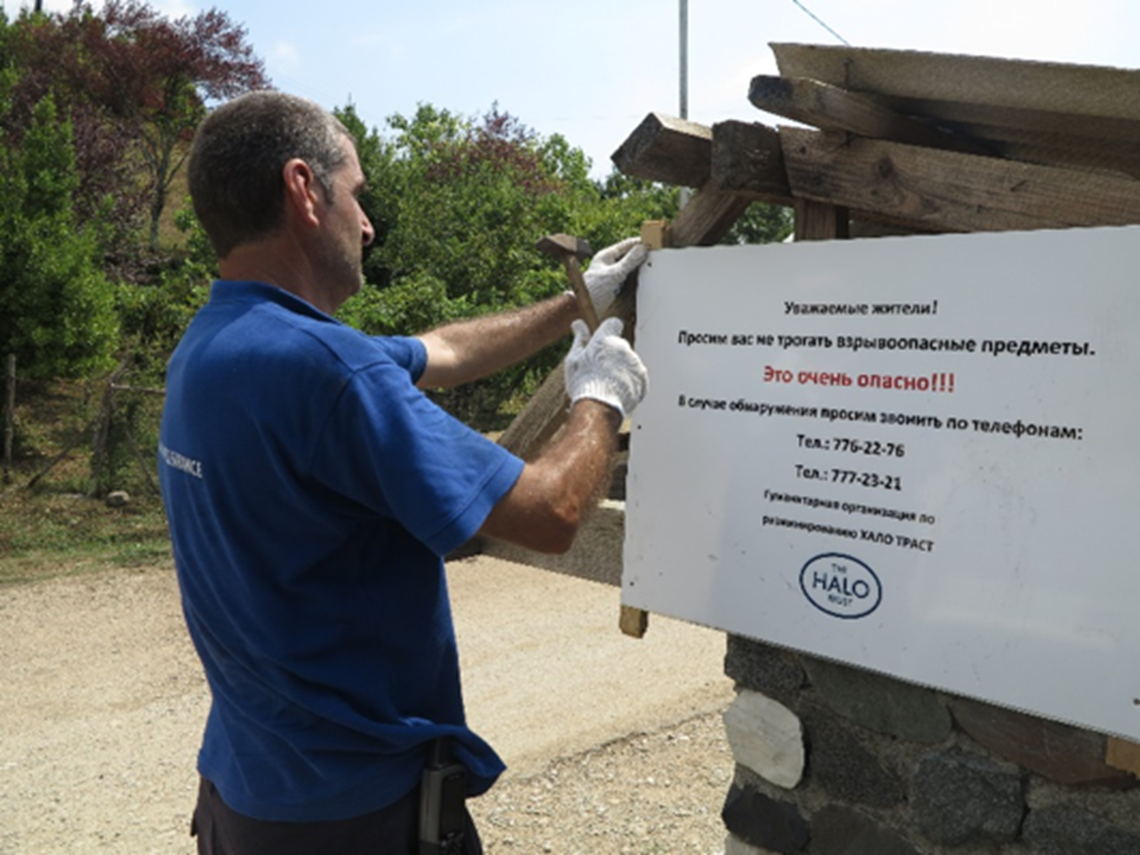 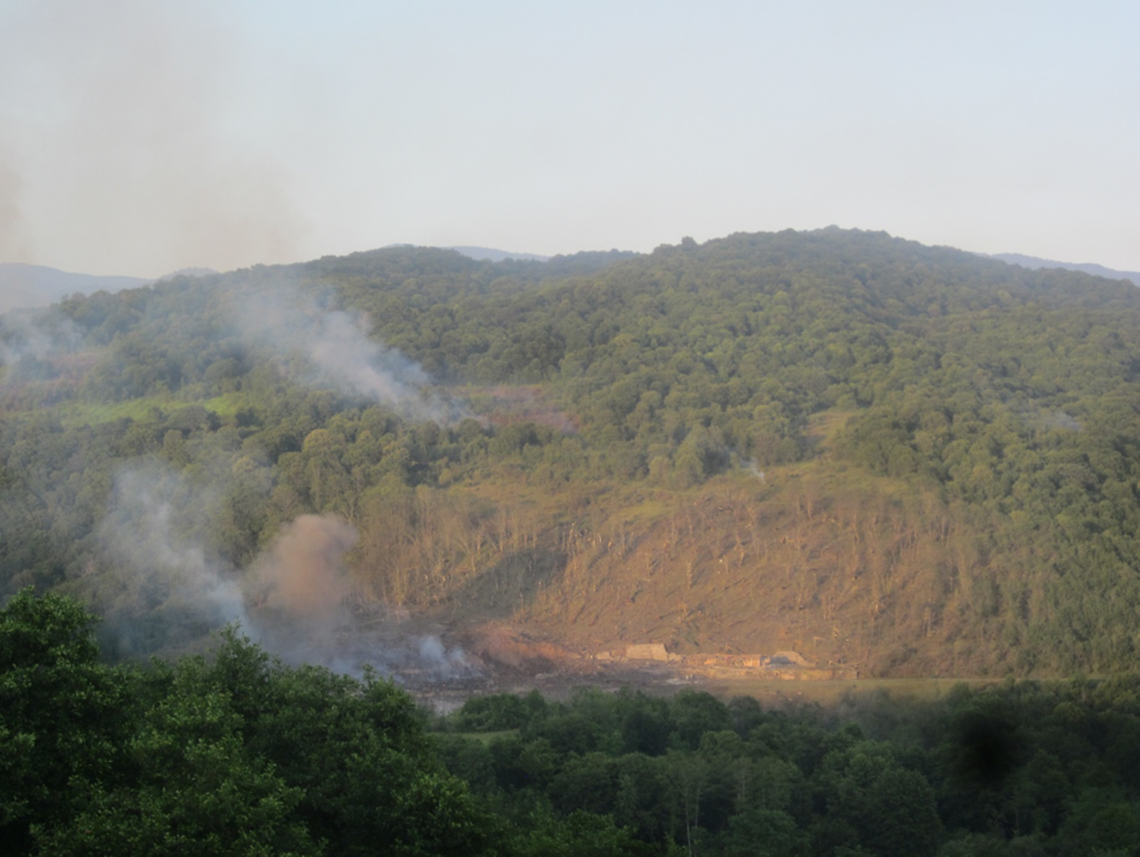 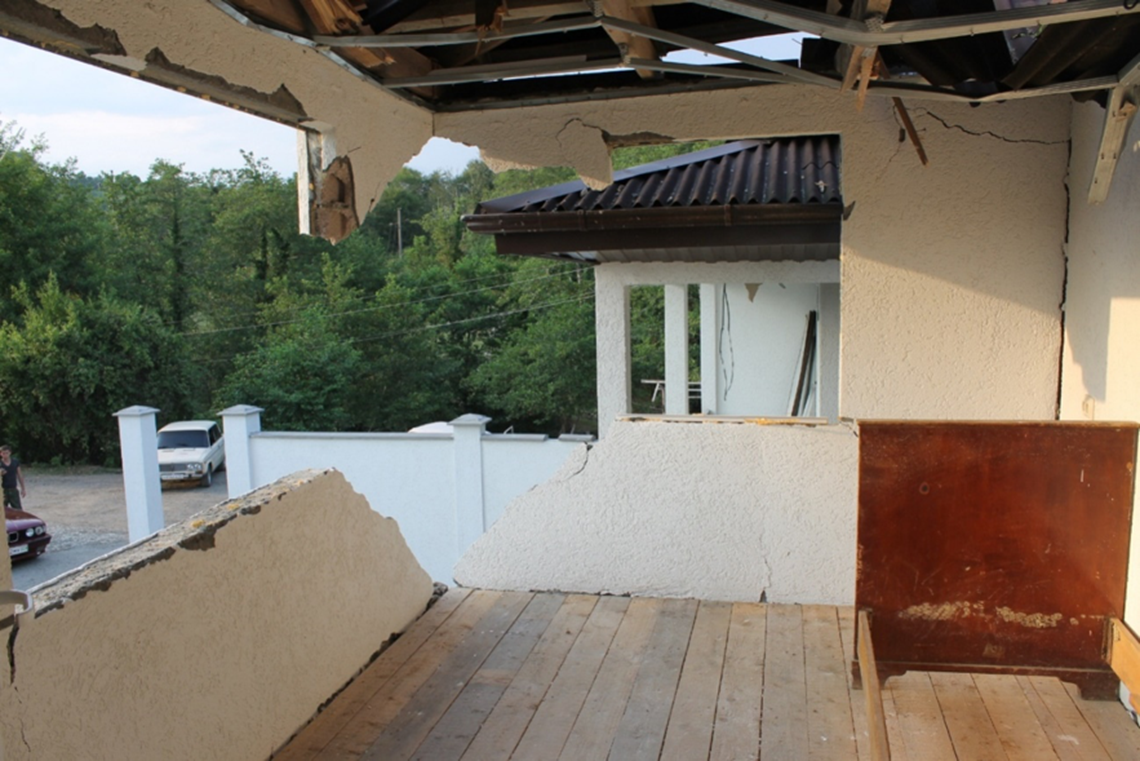 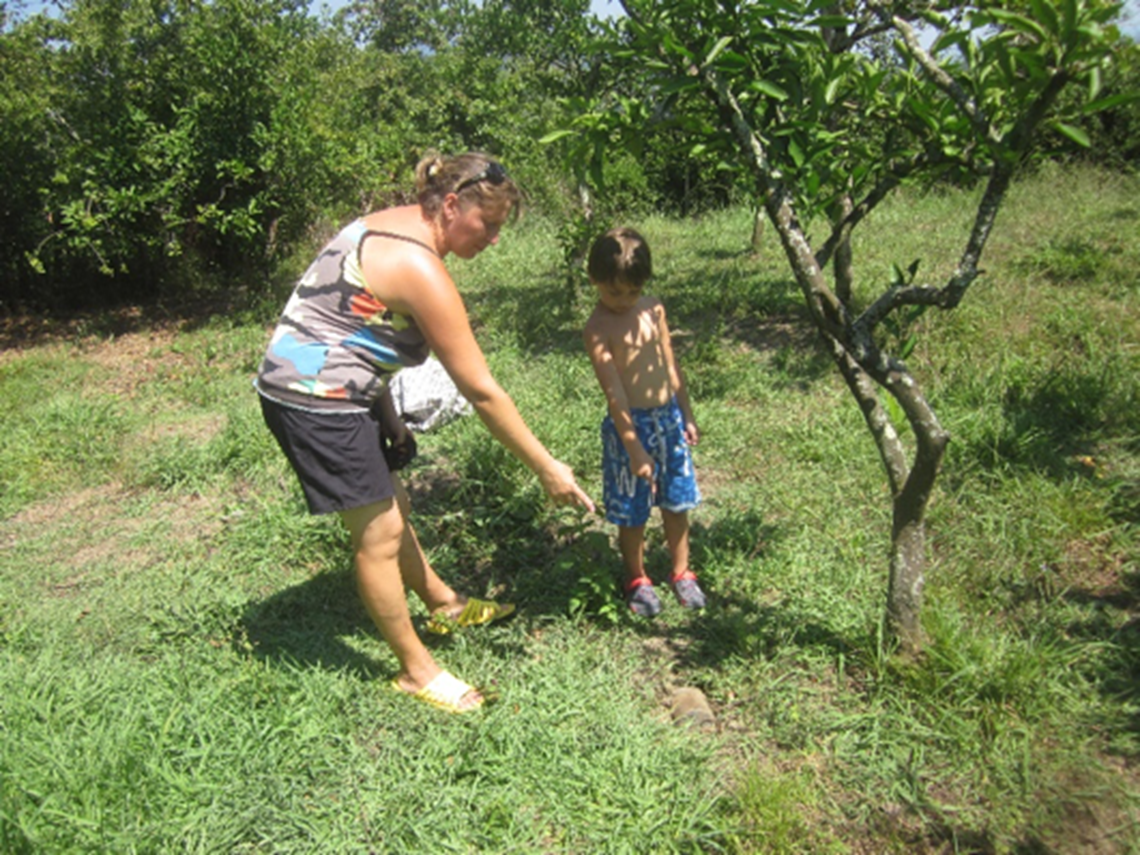 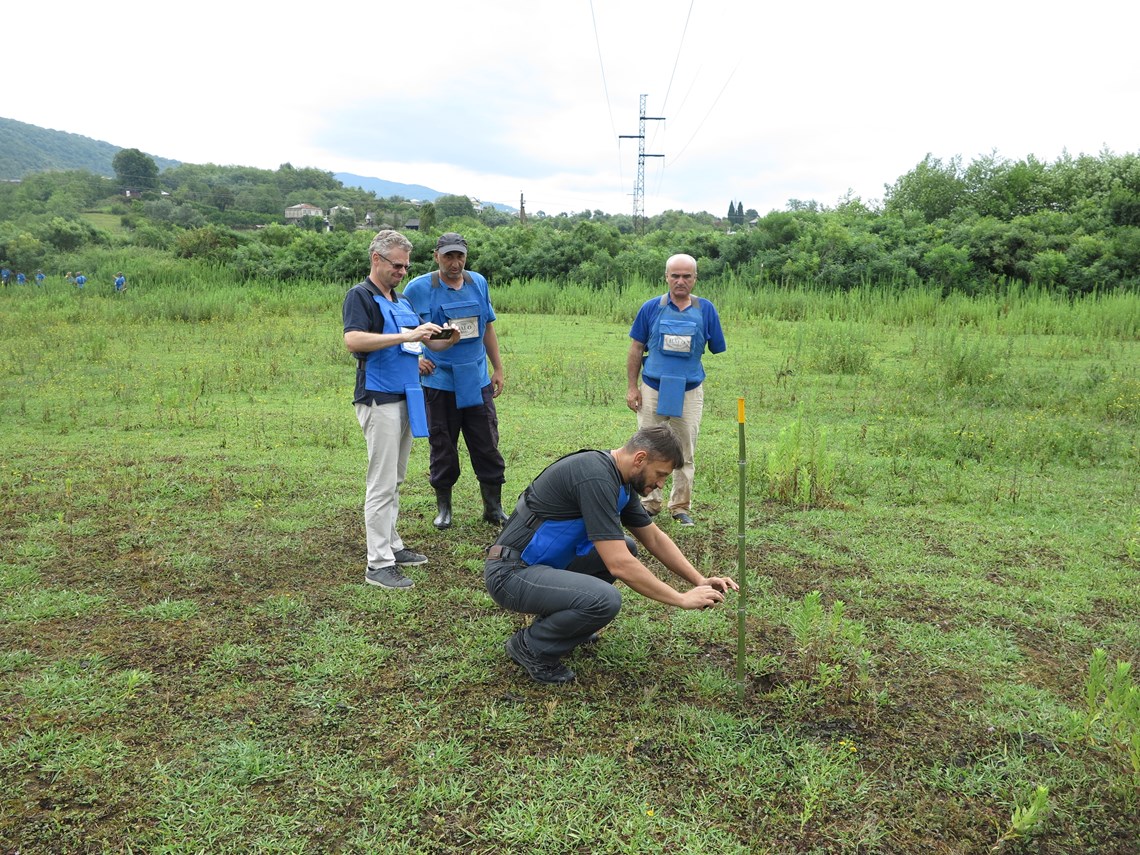 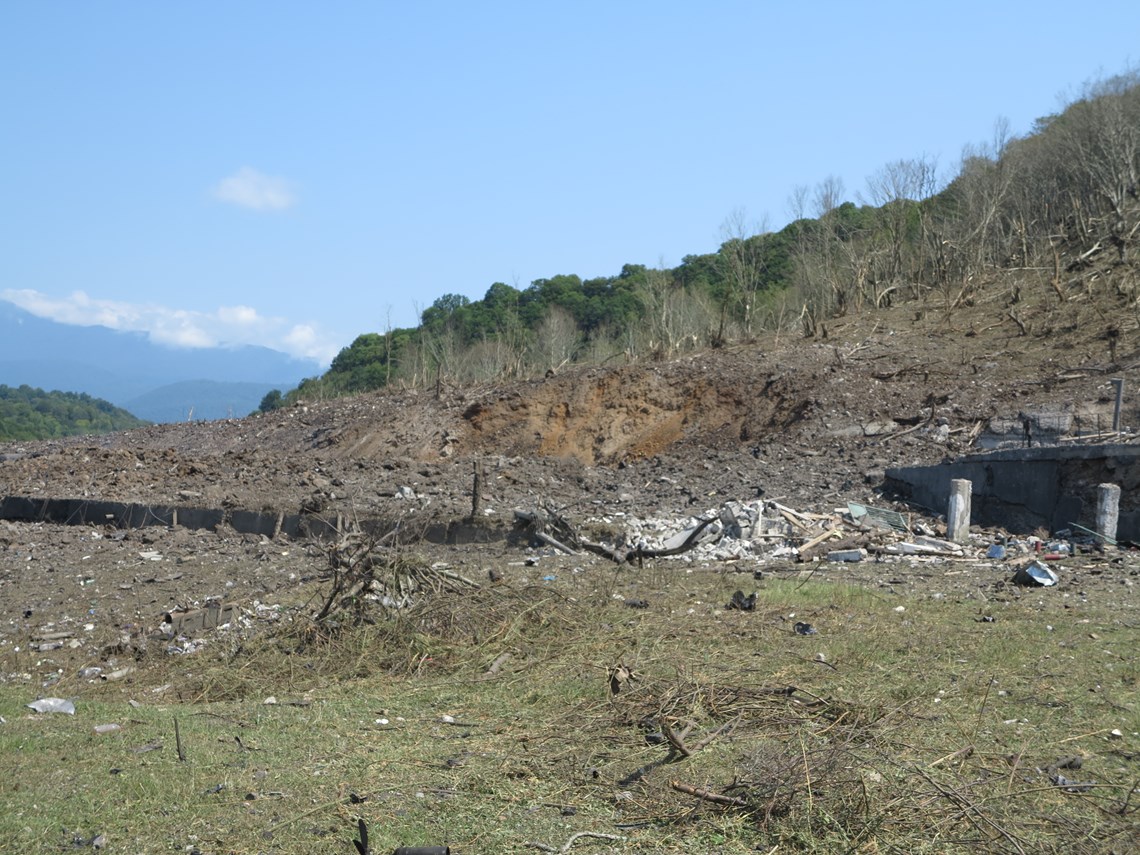