Everyone at The HALO Trust would like to extend their warmest congratulations to HRH Prince Harry on the announcement of his engagement to Ms. Meghan Markle.

Prince Harry has been a committed advocate for eliminating the threat posed by landmines to some of the most vulnerable people around the world.

In April this year, to mark two decades since the signing of The Mine Ban Treaty, His Royal Highness launched the Landmine Free 2025 campaign at a reception held at Kensington Palace. In his speech, he recognised the progress made over the past twenty years but acknowledged the work still to be done to fulfill the commitments made by signatories to the Ottawa Treaty.

Prince Harry is continuing the work undertaken by his mother, Diana, Princess of Wales. Twenty years ago, Princess Diana drew the world’s attention to ‘this terrible legacy of mines already in the earth’  when she walked through a minefield in Huambo Province, Angola. Later that year, 122 states signed The Ottawa Treaty, outlawing the use of anti-personnel mines. 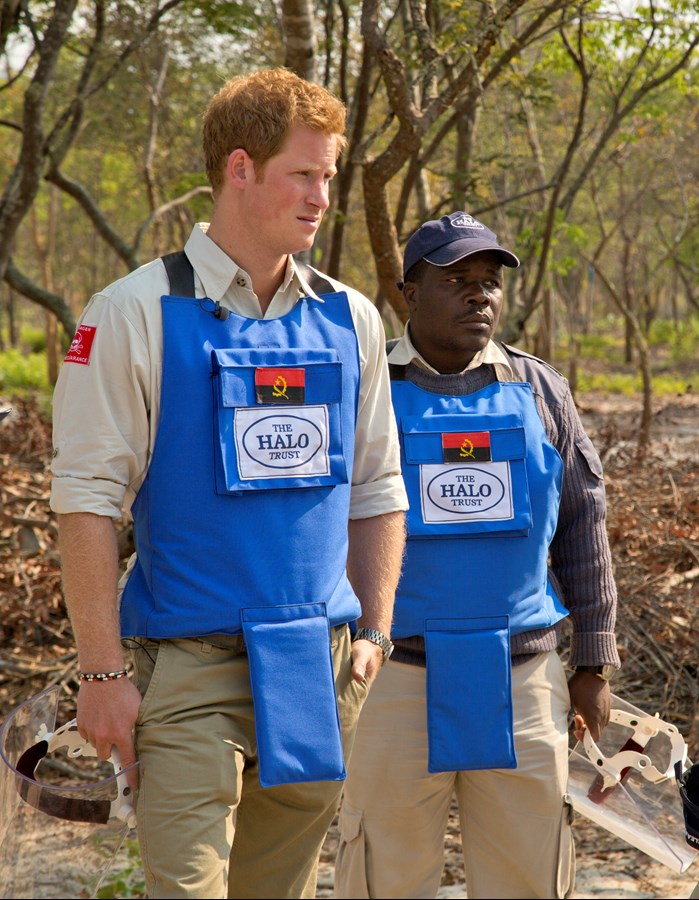 “It is typically the most vulnerable who are at the greatest risk; those attempting to rebuild their lives or returning home after conflict, where food is in short supply and medical services are often limited…In fact, somewhere in the world right now, a parent is making the grimmest of choices: to risk cultivating mine-contaminated land or to let their family starve. That is no choice at all.”

Like his mother, Prince Harry has experienced minefields first-hand, visiting HALO’s demining teams in Cahora Bassa, Mozambique and Cuito Cuanavale, Angola. We remain grateful for his continuing commitment to finishing the job to rid the world of landmines.

Join our campaign for a #landminefree2025.