HALO teams were first on the scene in the badly-affected Spera district of Khost on June 22 when they reached the earthquake zone from minefields in neighbouring Nangarhar Province. Now they have pushed on to more communities in Paktika and Kost where there are complex needs caused by the earthquake and the region's isolation. Tens of thousands of people have lost their homes, possessions and livestock in some of Afghanistan's poorest regions.

On June 23, a convoy left HALO's Kabul compound to take excavators, normally used for mine clearance, to the affected provinces to be used for opening roads and routes closed by the earthquake. The convoy also transported additional relief supplies of food, cooking gas bottles and kitchen kits to 300 homeless families in Paktika Province. The heavy machinery was deployed to Gayan and Barmal districts in Paktika.

Subsequently we have provided 4x4 ambulances and medical care, along with the Afghan Red Crescent, CARE and IRC who have all deployed mobile health teams. We also mobilised over 100 people to construct tented camps for homeless families and for use as  field hospitals in the Gayan District in Paktika province. HALO is also supplying the camp with water and other sanitation supplies. 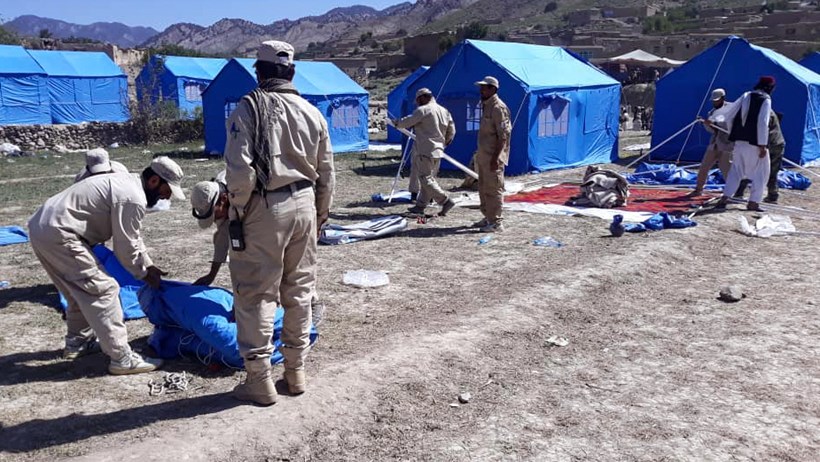 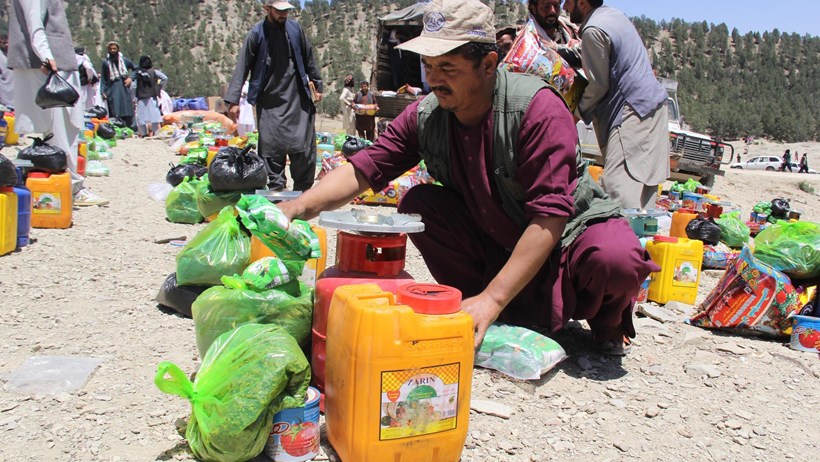 A key need in the earthquake zone is heavy mechanical equipment to move rubble and demolish dangerous structures. The risk of disease from decomposing animal carcasses under toppled buildings has made HALO’s mechanised equipment and drivers an essential tool.

There are already reports of a cholera outbreak that has killed 10 children since the earthquake occurred. 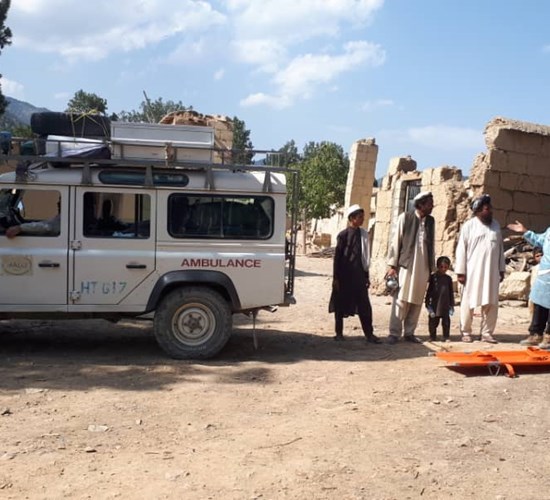 “Our teams visited an isolated village in Gayan district where 16 women had been too worried to approach a doctor to treat their injuries. During this visit, we heard stories of young babies who have lost their mothers and cannot be breast-fed. Most of the livestock who could provide milk were also killed.”

In one village, Popalai in the Barmal District, where 150 people are thought to have been killed, landslides diverted a stream and caused the only source of water for the village to dry up. As well as sending an excavator to restore the stream to the village, HALO’s teams have distributed food, water and kitchen kits to the village. 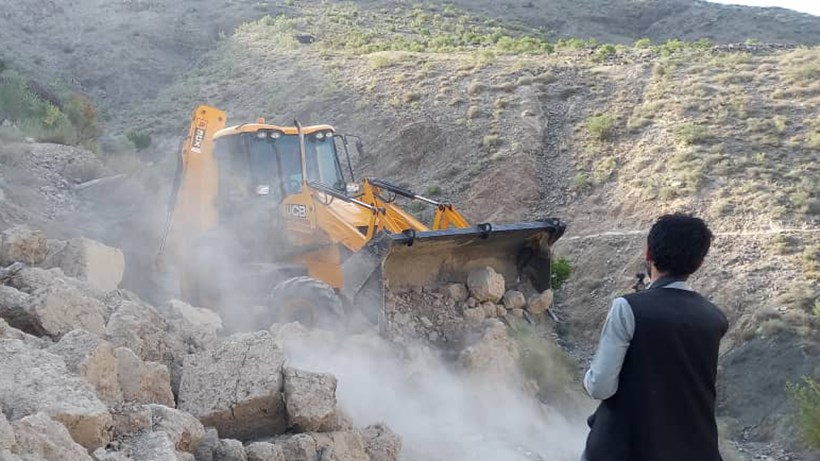 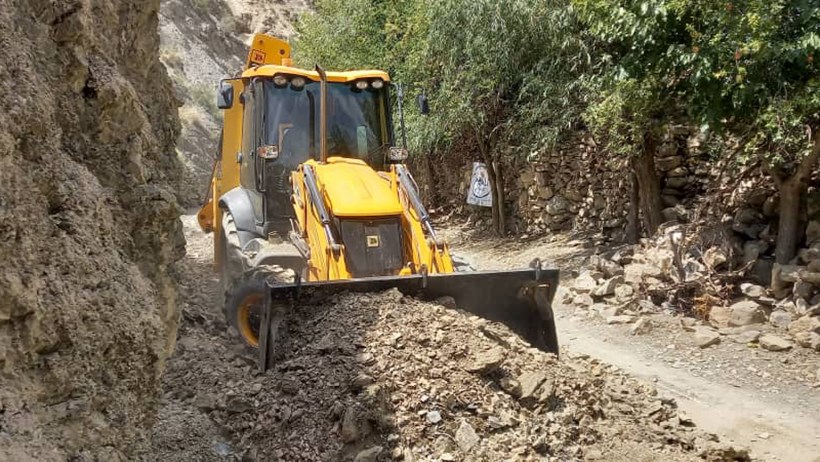 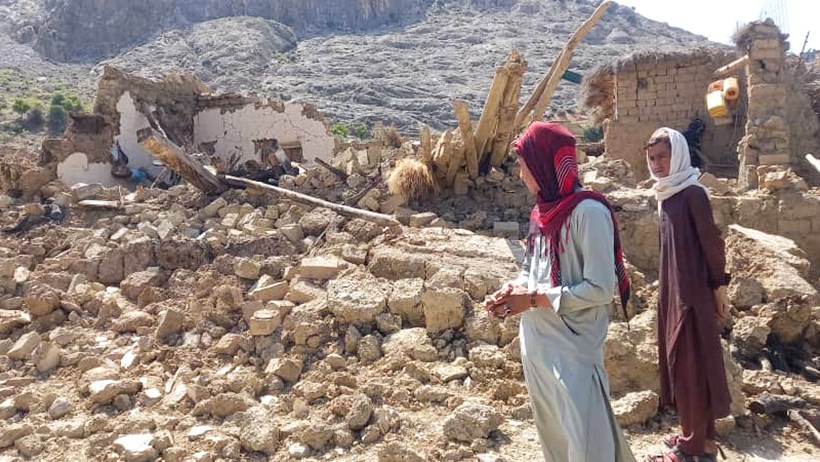 Callum Peebles added: “The size of HALO Afghanistan’s mine clearance operations means we have one of the largest logistics operations in the country. Meanwhile resources that we have for mine clearance, such as excavators or large numbers of medically trained staff, have allowed us to quickly reach and help communities that have been badly affected. We now need flexibility and support from our donors to enable our earthquake response to continue. We estimate that we will need to make homes safe and clear rubble for several months to help the affected villages recover.”

"Over 350,000 people have been directly affected by this earthquake. The immediate effects are being dealt with, but we are concerned that the people in these communities will be forgotten, as the weather in this mountainous region gets colder, and as media attention moves elsewhere. We will continue to enable the work of other agencies, and we thank our donors for allowing HALO to provide a truly humanitarian emergency response." 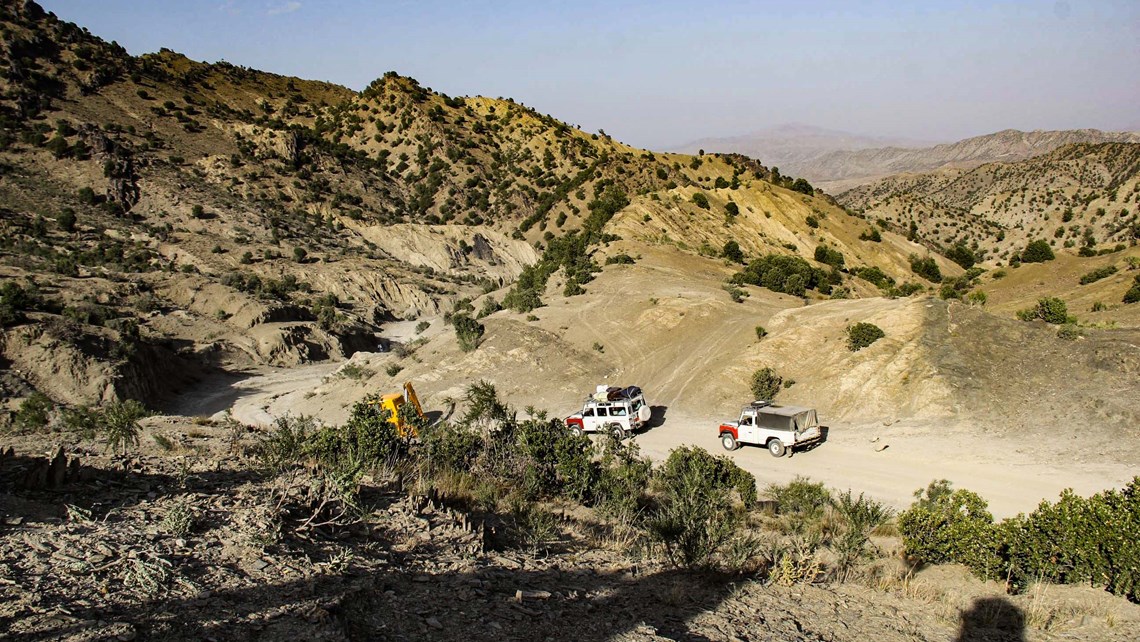 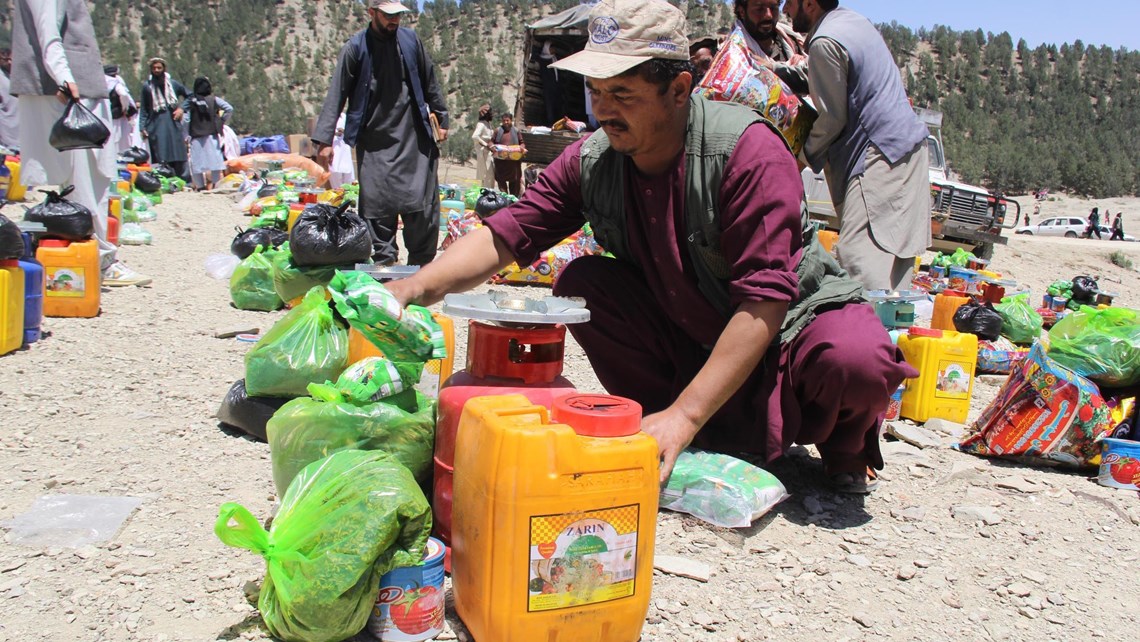 HALO has provided food aid, kitchen kits and cooking gas to over 500 families. 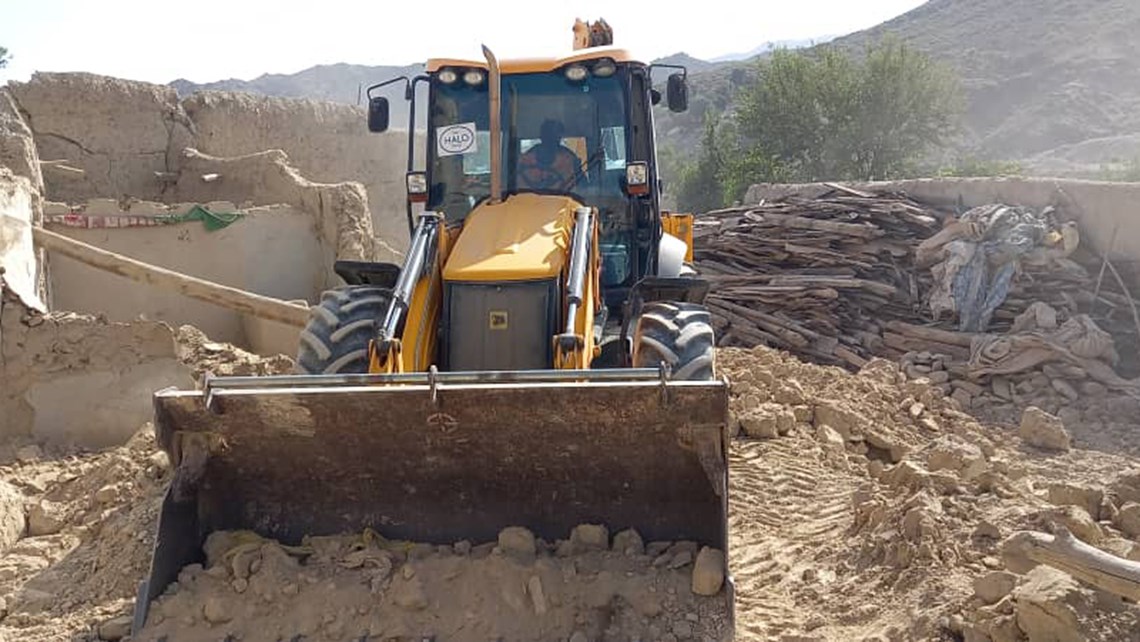 Affected families require rubble clearance before they can rebuild. 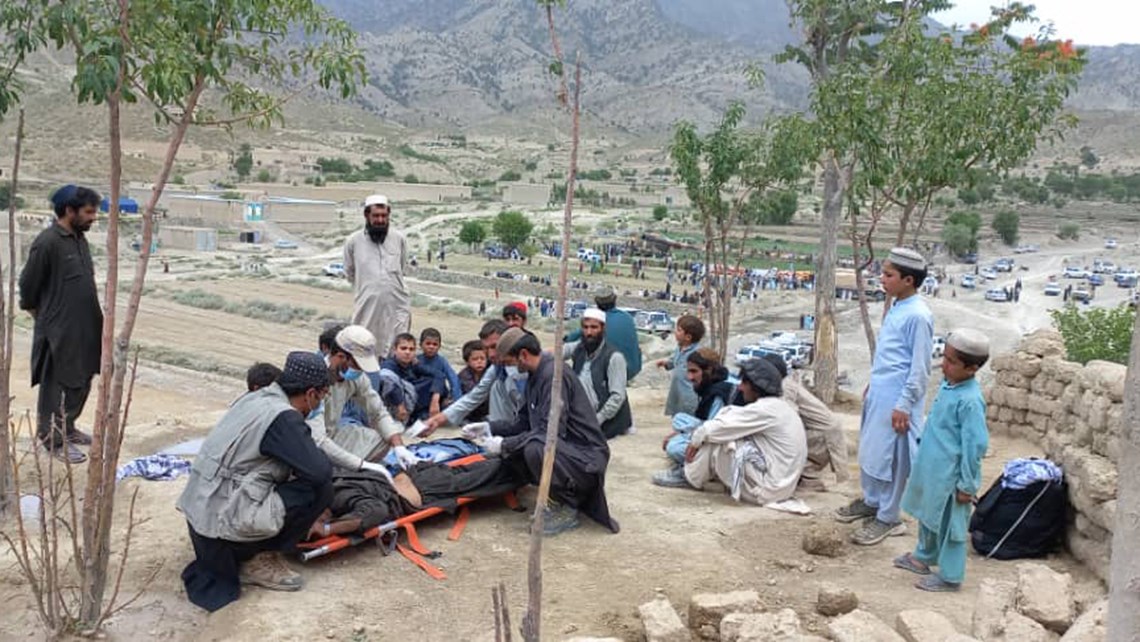 HALO medics have been treating the injured and transporting them to hospitals. 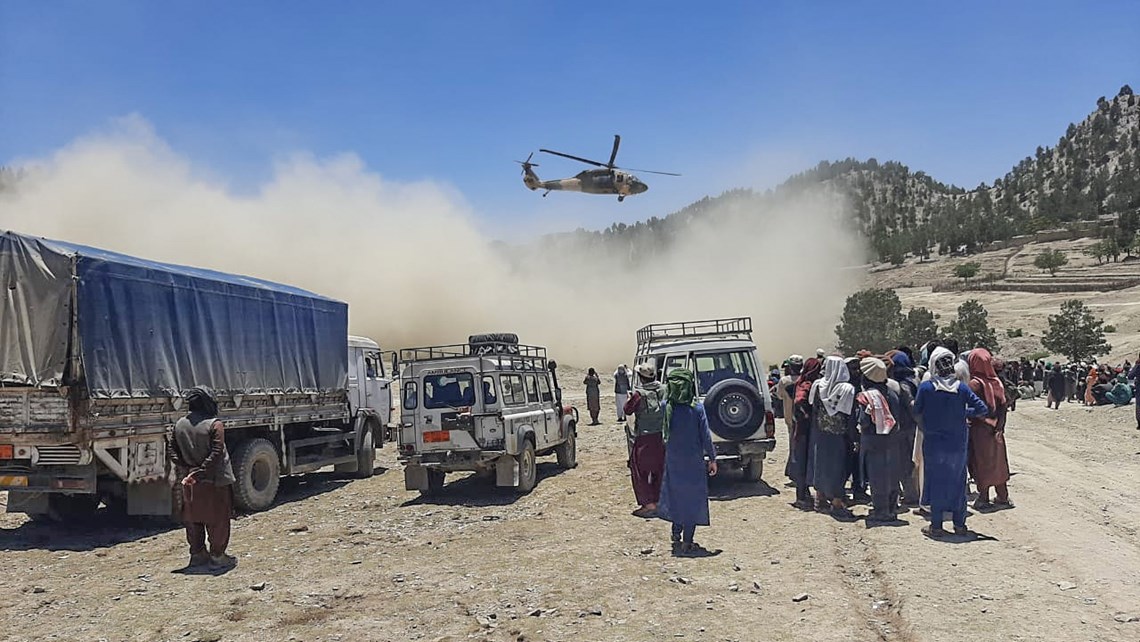 The badly injured were taken to hospital by helicopter. 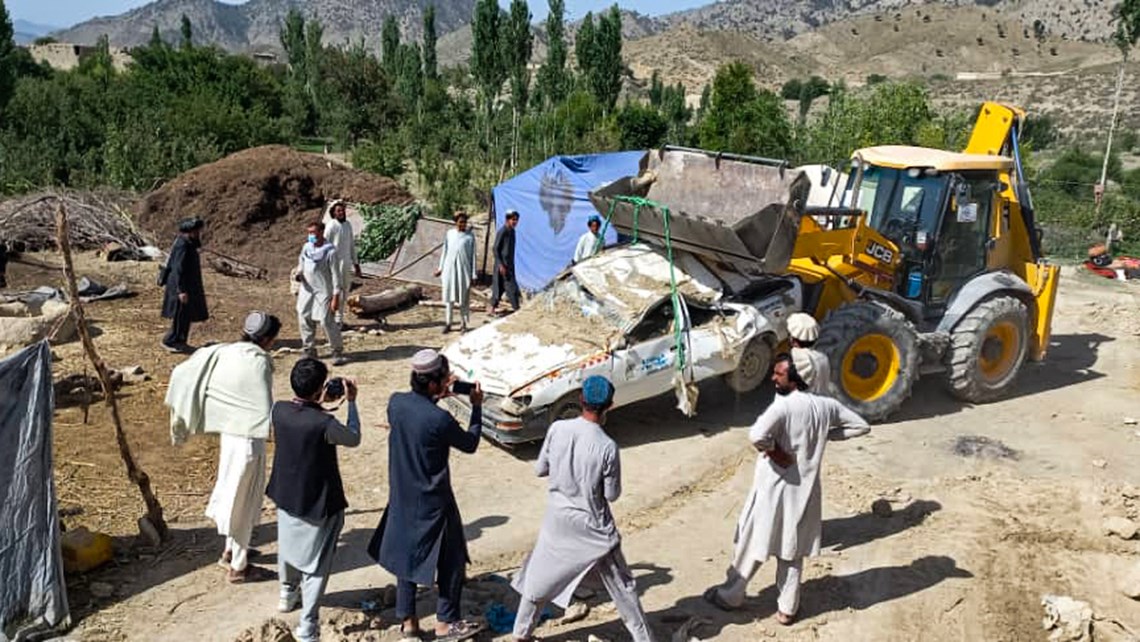 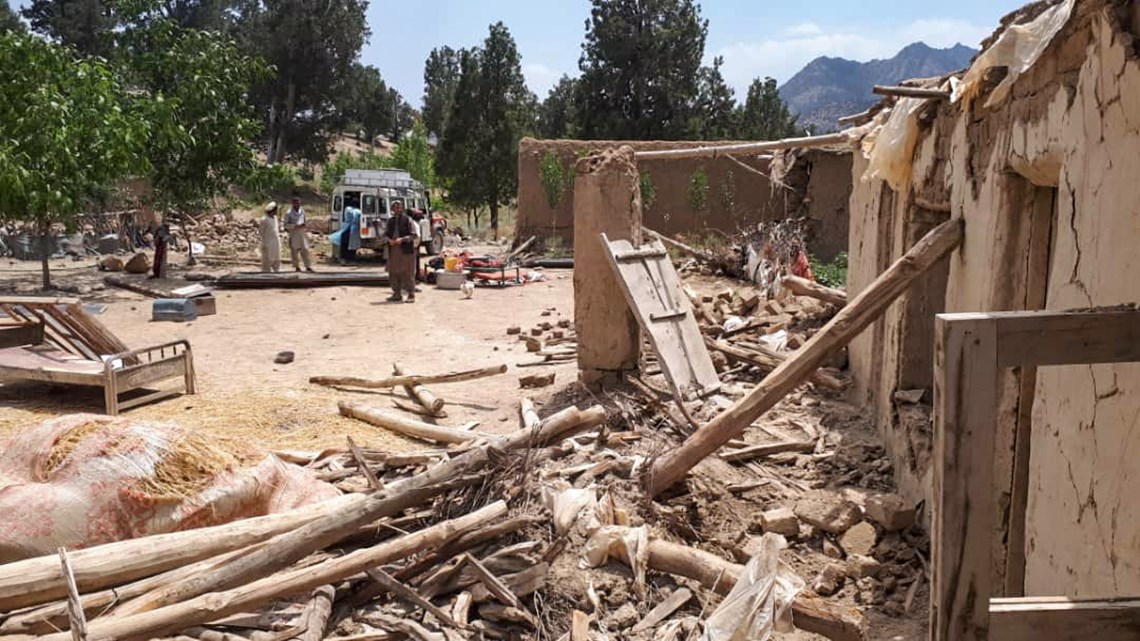 Tens of thousands have lost their homes and possessions. 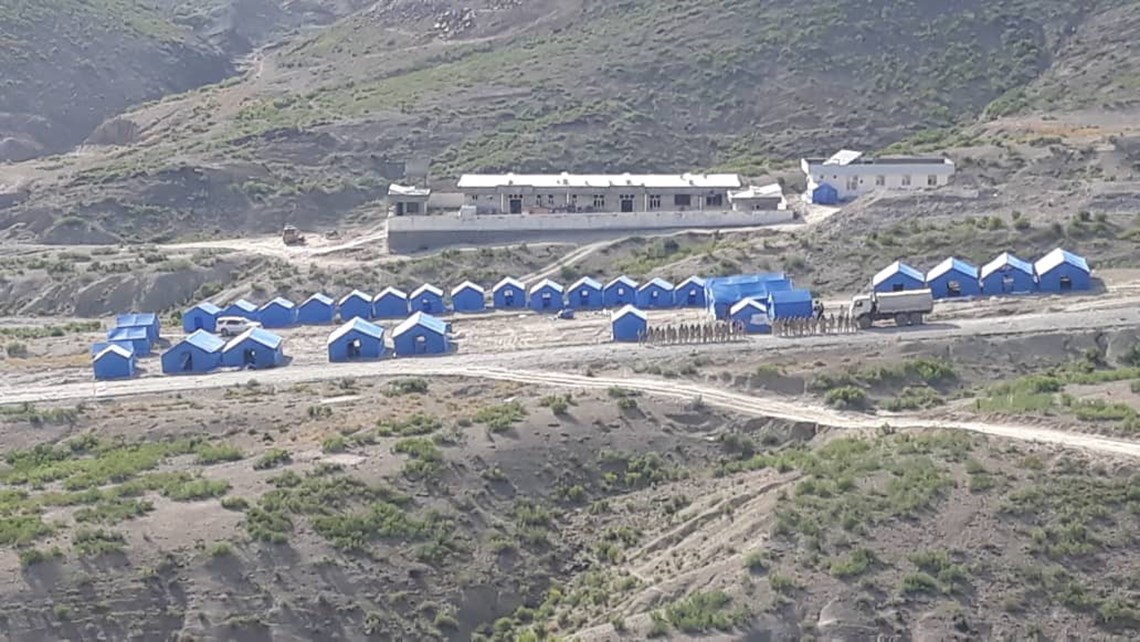 HALO staff built a camp in Gayan for a field clinic, to support local coordination bodies and to shelter the homeless.