“For me and the local community, the demining carried out by HALO has been very important because these explosive devices intimidate you and make you afraid to work the land.” Arcadio Morales, President of the Junta de Accion Comunal of the vereda Las Tapias

During the last five decades, illegal armed groups in Colombia have engaged in conflict with the government. Improvised explosive devices (classified as landmines in Colombia) have been laid throughout rural areas, devastating local communities. There have been over 11,500 mine victims since 1990 and in many areas, families live in fear of using their own land—terrified explosives remain buried beneath the earth.

For the past year, HALO has been working in Zone 2 of the municipality of Chaparral in the department of Tolima, a region of spectacular mountains and valleys where agriculture, including coffee production, is central to the way of life. HALO has surveyed 58 sectors in Zone 2, working hand-in-hand with local communities to ascertain whether mines are present. Last week we were able to hand over 728 hectares of land declared free from the threat of explosives, bringing security to 1,850 people.

Arcadio Morales is President of the Junta de Accion Comunal of the vereda Las Tapias. He has lived here since childhood and for the past thirty years worked in the sugar cane fields and farmed cattle. He described the impact the conflict has had on the area.

“The conflict affected us in different ways. Several years ago, many were impacted by explosive devices, for example in Quebrada La Guayabita there was a device that exploded, killing and injuring people.” Arcadio Morales

This left people fearful to use the land, but now HALO have completed survey work and confirmed the area is safe, their confidence has returned.

“Now we will continue to work the land, we campesinos live from the land, from agriculture and it is important for us and our animals that we can walk free from the fear of mines and without the risk of accidents.” Arcadio Morales 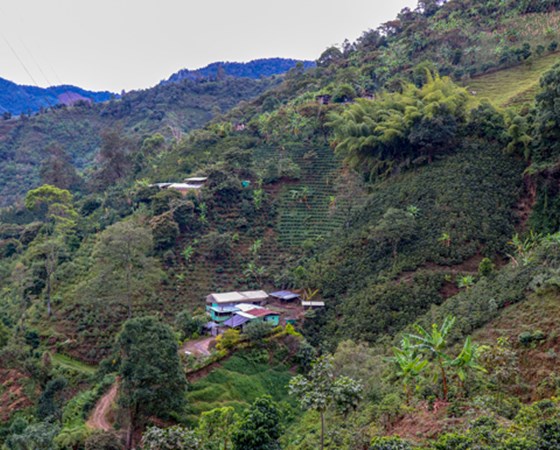 Many families were afraid to work their land, frightened explosives were hiding beneath the earth. Now that HALO has declared 728 hectares safe they can graze their animals and grow crops such as sugar cane and coffee without fear. 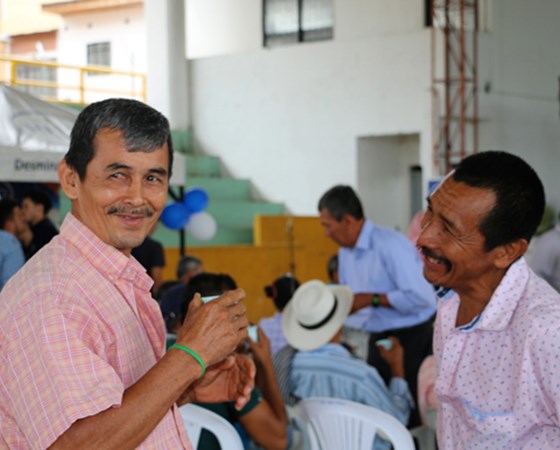 Ending the Fear of Landmines

Arcardio Morales, President of the Junta de Accion Comunal of the verada Las Tapias, has lived in the area since childhood and seen first-hand the impact the fear of landmines and explosives has had on the local community.

Teaching people what to do if they discover dangerous explosive items is also an important part of HALO’s work in Colombia. In Zone 2 of Chaparral we carried out 36 mine risk education workshops as part of our Creando Entornos Seguros (Creating Safe Spaces) media campaign. Participants were introduced to specially designed characters—Ana the deminer and her son, school boy Pablo—learning through games and activities the possible risks and how to stay safe.

In our programmes around the world, HALO train and employ local people to remove the threat posed to their communities by landmines and the explosive debris of war. This creates jobs and opportunities in communities where unemployment levels are often high. During our work in Tolima, 42 people from Chaparral were employed, 55% of whom were women. Arcadio Morales’ daughter, Claudia, is one of HALO’s employees, beginning as a deminer before being promoted to become the Handover Officer for Tolima. 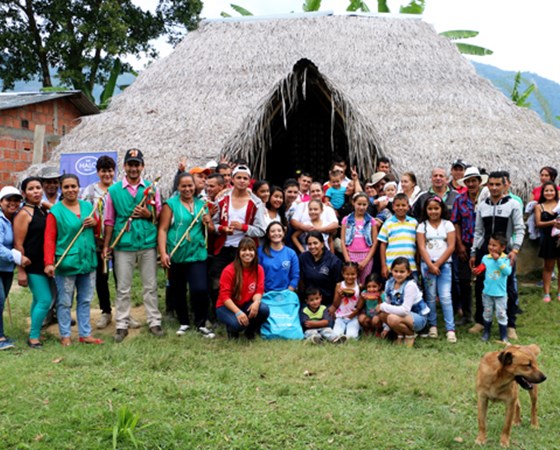 HALO uses activities and games to teach risk education to local communities in Colombia, ensuring both children and adults know how to keep themselves safe. 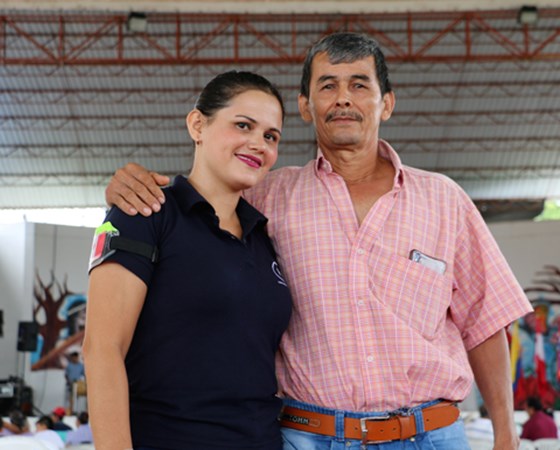 Claudia Morales, daughter of Arcadio, began working for HALO as a deminer and through her hard work and dedication has been promoted to become the officer responsible for handing over the safe land in Tolima.

“As a father, I feel very proud that my daughter is working in an organisation of civilian humanitarian demining. She started as a deminer and, thanks to God, she has succeeded and now she is the Handover Officer in the location.” Arcadio Morales

The handover ceremony was a time of celebration for residents as the fear they have lived with for so many years was finally lifted. It was also an opportunity to thank HALO’s supporters, including the United States Department Bureau of Political-Military Affairs and the Government of Canada and Government of Norway who funded the project in Tolima.

Images from the Handover Ceremony 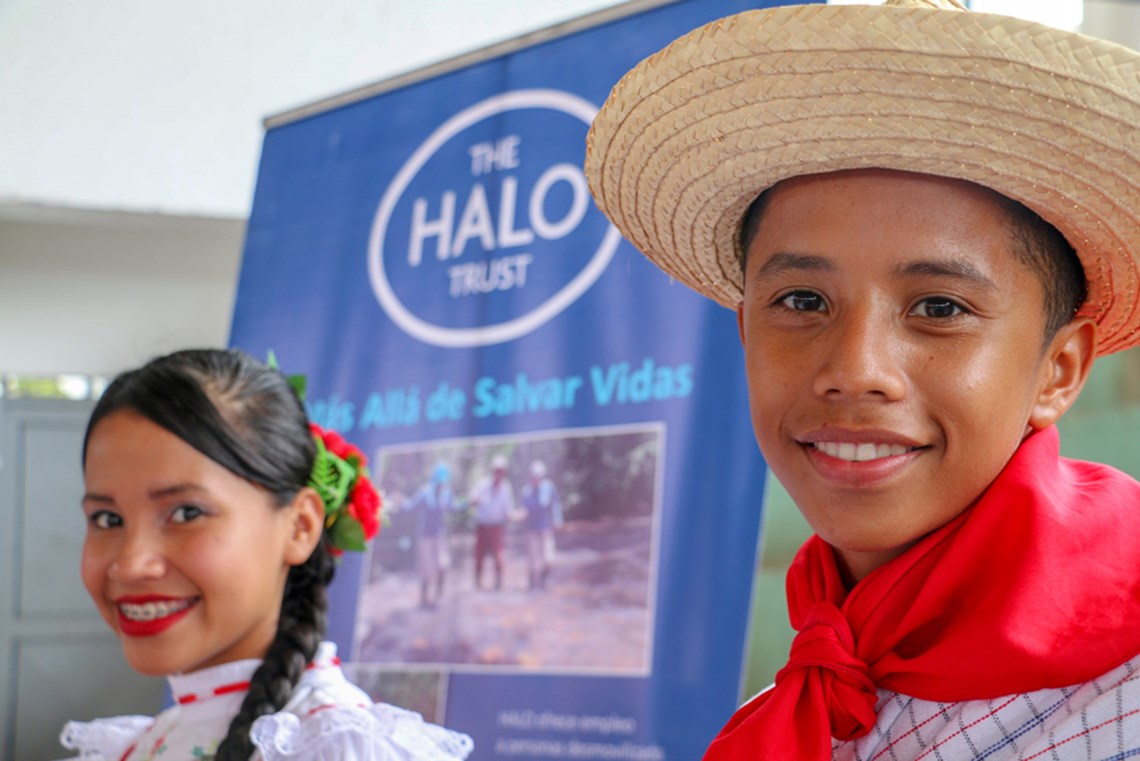 Two young dancers at the handover ceremony in Chaparral, Tolima. 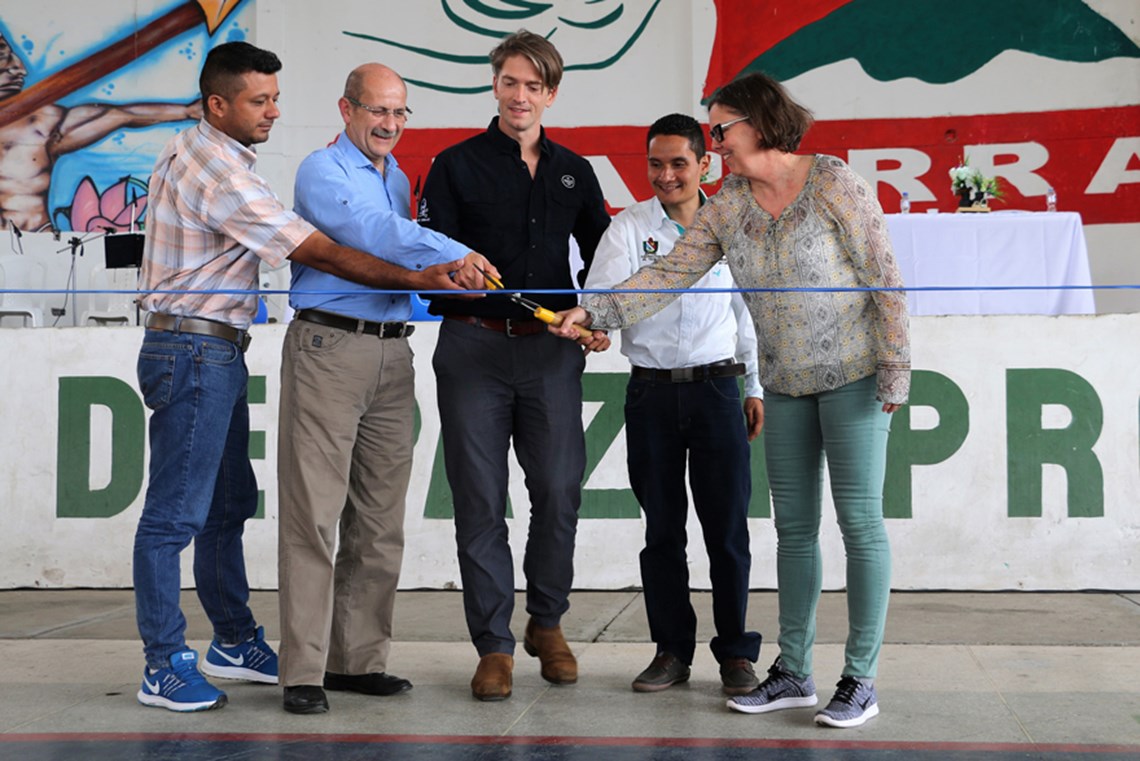 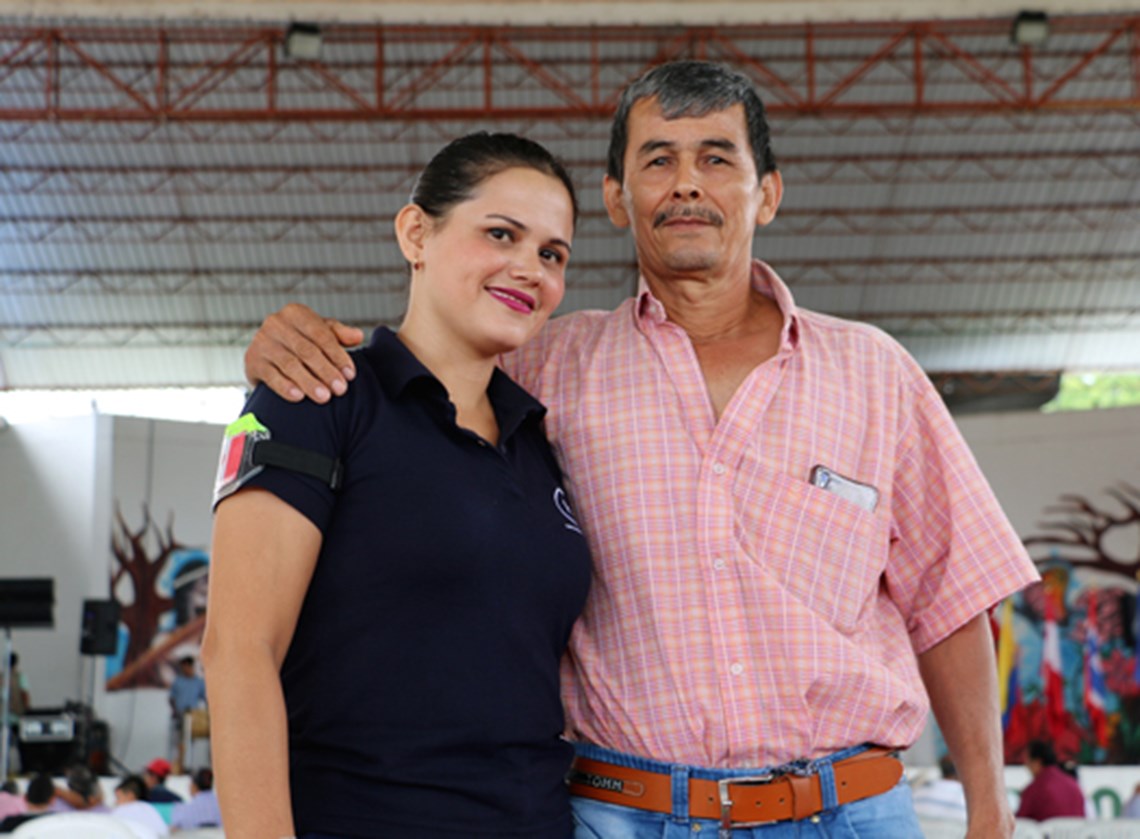 HALO's Handover Officer in Tolima, Claudia Morales, with her father Arcardio who is very proud of her work. 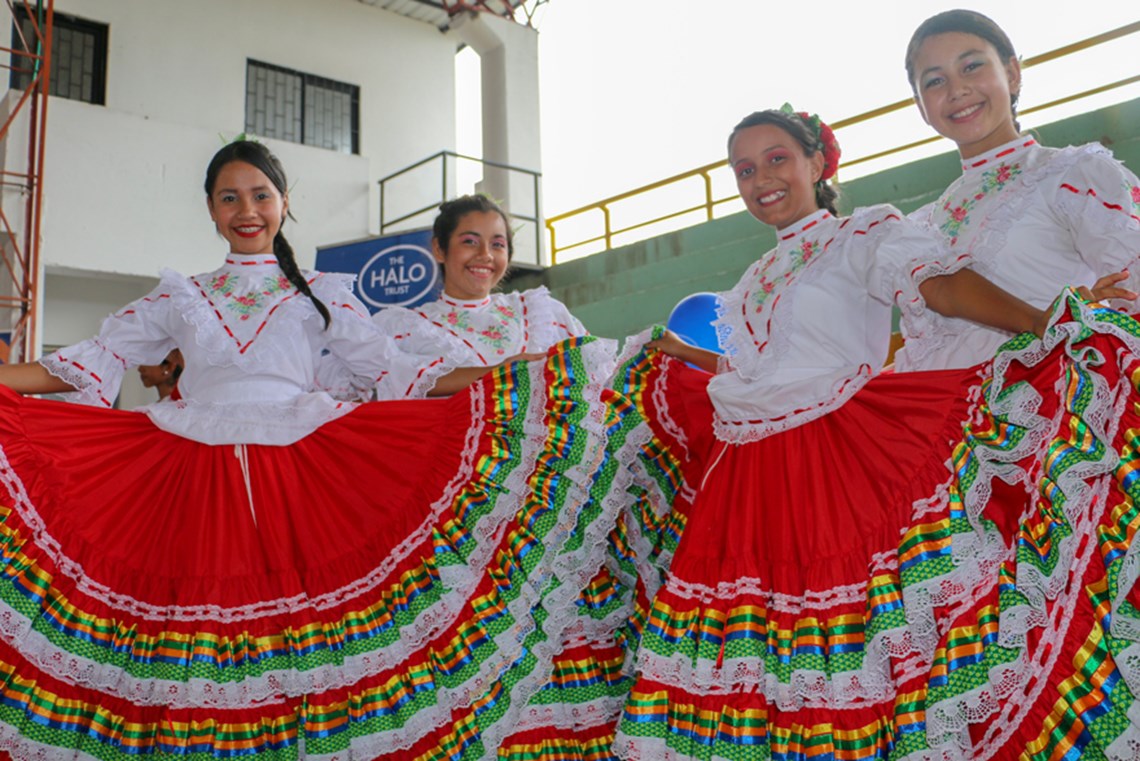 The dancers performed the Caña, San Juanero and Canta un Pijao, which are traditional dances from Tolima. 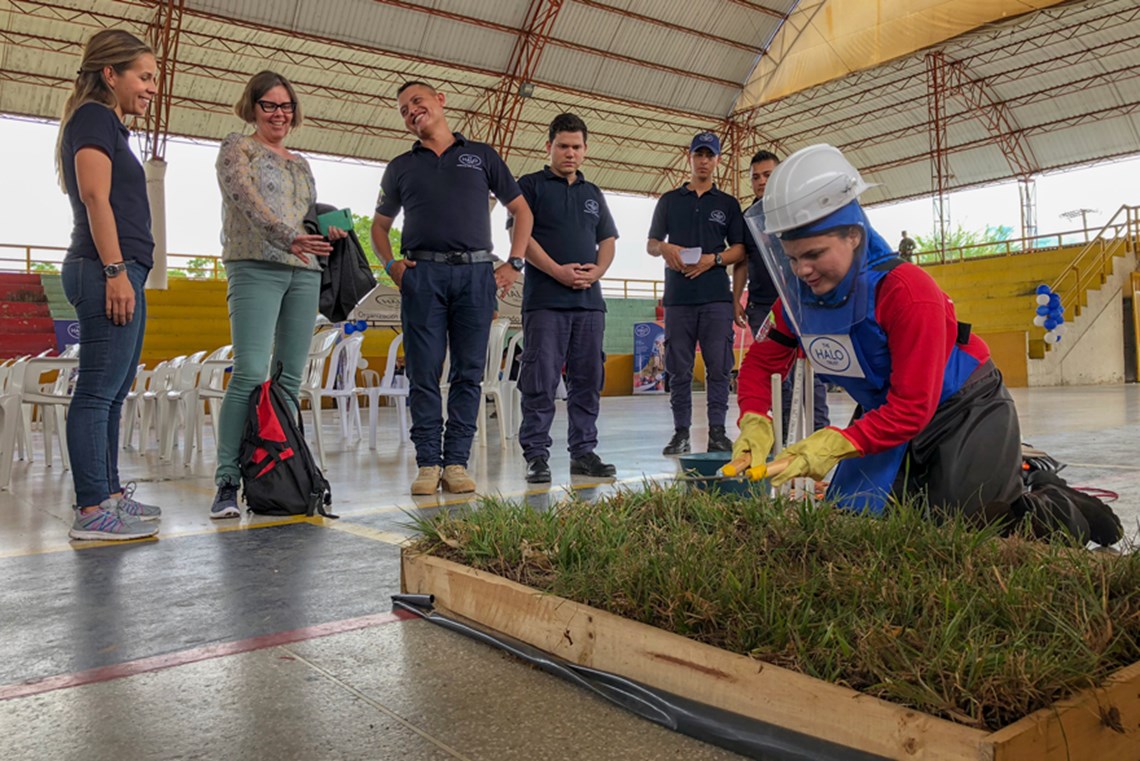 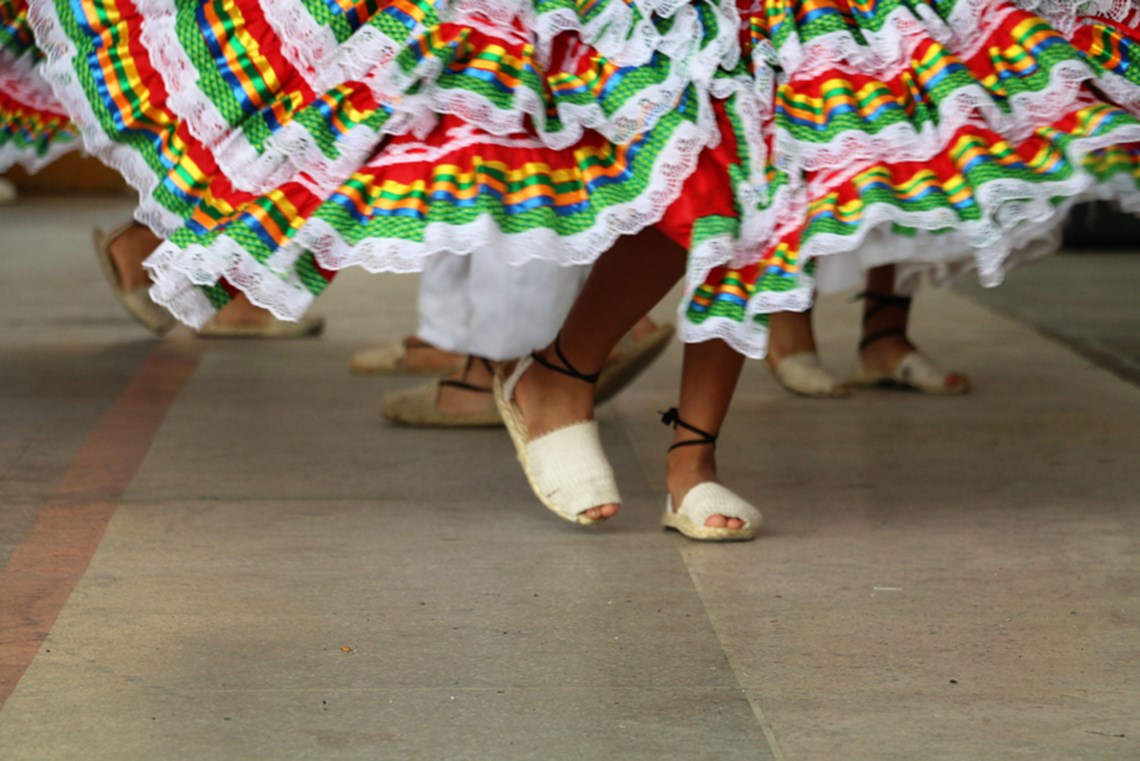