Disarmament Diplomacy in a time of COVID

Monday 27 July saw the Convention on Cluster Munitions (CCM) celebrate 10 years since its ‘entry into force’ – the moment it became a legally binding disarmament treaty banning cluster bombs. It also marked the start of a five-year cycle of ‘Review Conferences’, better known in the policy and diplomatic world as ‘RevCons’.

After a year of preparation, the CCM’s second RevCon is set to take place in Lausanne in November, under the able presidency of Ambassador Baumann of Switzerland. Today, the convention’s states parties meet in Geneva for the last time before the RevCon.

Switzerland has proposed an ambitious but pragmatic set of plans and commitments. They acknowledge progress so far, but call for greater action. They rightly emphasise the importance of cooperation and partnership, which is more important than ever. And they call for a greater and long-overdue focus on gender and diversity, and linking disarmament to the environment.

The direction for the next five years is in the hands of states parties. They must hold their nerve and remain ambitious, despite unprecedented global challenges. And they need to keep an eye out for hidden pitfalls.

“The COVID-19 pandemic has affected nearly every country and aspect of our lives. But it hasn’t stopped the clocks for communities still living with cluster munitions.”

The CCM has a great deal to celebrate, not least its membership, now standing at 122 states. This commendable number is a clear commitment by nearly two thirds of the world’s states to end the use of cluster munitions and the suffering they cause.

The Cluster Munition Monitor reports that 35 states parties with stockpiles have destroyed nearly 49,000 sub-munitions for each and every day since the convention entered into force. When it comes to preventing harm and suffering, that must stand as one of the largest preventative achievements in the history of conventional weapons disarmament.

In July, we also saw the celebration of the completion of cluster munitions clearance in both Croatia and Montenegro, two major achievements for the CCM and the Western Balkans. The next five years need to see more successes like this so that children and communities no longer have to live with the unacceptable threat of cluster munitions. 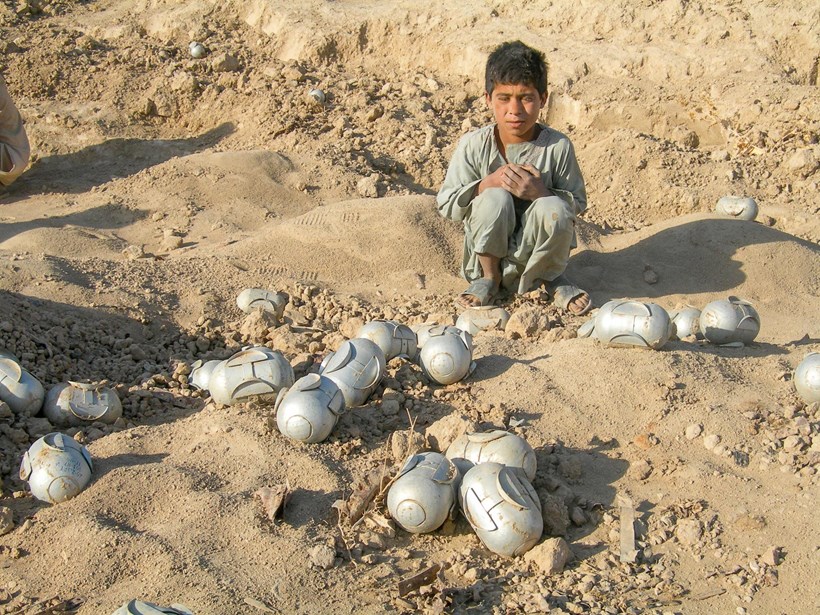 RevCons are complex diplomatic processes and so are tricky at the best of times. And if one thing is certain, it is that 2020 has not been the best of times. COVID-19’s immediate impact is just starting to be matched by the economic crisis it has caused, while multilateralism and the rules-based international order are more strained than ever.

Despite the challenges, it is vital that states avoid fatalism and commit to ambitious plans to take the convention to 2025. That will depend on political commitment, funding and a relentless drive to ‘get the job done’. It won’t be easy, but it would be a mistake to think it will be impossible and lower the bar of ambition as a result.

There are also hidden risks to navigate, which will require new ideas and ways of working. A typical disarmament RevCon requires states and stakeholders to come together and ‘talk it out’, normally at the UN. Progress for this RevCon has only been possible due to the commitment of the Swiss presidency, the UN Office in Geneva opening up and Geneva-based diplomats being willing and able to attend.

Yet COVID lockdown and quarantine has meant that many states, cluster munition survivors and NGOs cannot participate because they cannot make it to Geneva. They can watch proceedings on UN television and provide written submissions, but not speak or be heard.

This mustn't set a precedent for a convention and sector that has a foundation in collaboration between states and civil society. Without the participation and inclusion of affected states, NGOs, survivors and communities over nearly two decades, the successes that the RevCon will celebrate in November would simply not have been there.

So just as it is vital that states don’t let COVID-19 become the reason for a lack of ambition, they must not accidentally exclude key stakeholders. Instead, they must use this as an opportunity to establish new ways to increase inclusion in disarmament diplomacy, including for those who have never been able to participate in the first place.

“2020 is the year to establish new ways to increase inclusion and meaningful participation in disarmament diplomacy.”

Fighting for investment in disarmament in the face of COVID-19’s economic shock will be challenging. Standing up to erosion of the rules-based system was already an uphill struggle. And establishing new ways of doing diplomacy that are based on remote participation in diplomatic meetings will need flexibility and imaginative thinking.

But the alternatives amount to giving up and setting dangerous precedents. Undoing the consequences of that will be far harder for everyone until, one day, there will be little to celebrate.