In September 2020 a HALO Afghanistan disposal team was called by local police to a house in Khair Khana in a residential part of north Kabul. Safiullah, the house's owner, had been digging in his yard when he came across an unexploded shell.

Safiullah, who has six children, has lived in the house for 20 years and wanted to install a septic tank. When he started finding explosives he called the police. The police called HALO. 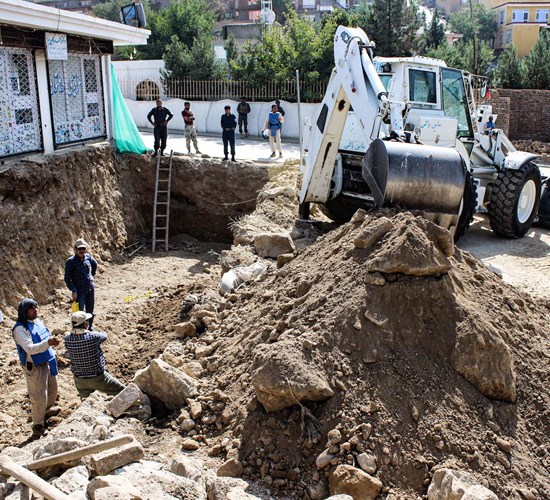 “I was terrified when I saw the ammunition. Even though I called the police, my neighbours and I were very worried. We guessed that if the security forces destroyed the ammunition, there would be a big explosion, and our houses would all be destroyed."

HALO dispatched three  weapons disposal teams - two funded by the USA and one funded by Germany. The teams quickly discovered a large quantity of shells and other explosives using an armoured mechanical excavator. Fortunately, they were able to assess the items as safe to move - HALO could carefully excavate the still-live devices and then destroy them later at a secure location.

As HALO's teams worked, local enquiries uncovered the source of the cache.

Unknown to Safiullah, his house and the others on his street had been built on the site of an old ammunition depot, used by Soviet troops and their allies in the Najibullah regime in the Eighties and early Nineties. After withdrawal of the Soviets and collapse of Najibullah’s government, the site fell into the hands of a Mujahideen commander, who sold the land to local property developers.

There was still a large quantity of munitions on the site, but to avoid causing problems with the sale, the items were buried, hiding them out of sight. The developers then started to build houses on the site, and over the following decades it became part of a built-up residential area. For Safiullah and his neighbors, the discovery of so many explosive items underneath their homes posed a potentially catastrophic problem.

"There are more than 50 families living in this area – the local mosque is only 20 metres away, and my son and two daughters attend school 300 metres away. Any kind of explosion here would cause a lot of damage to the community.” 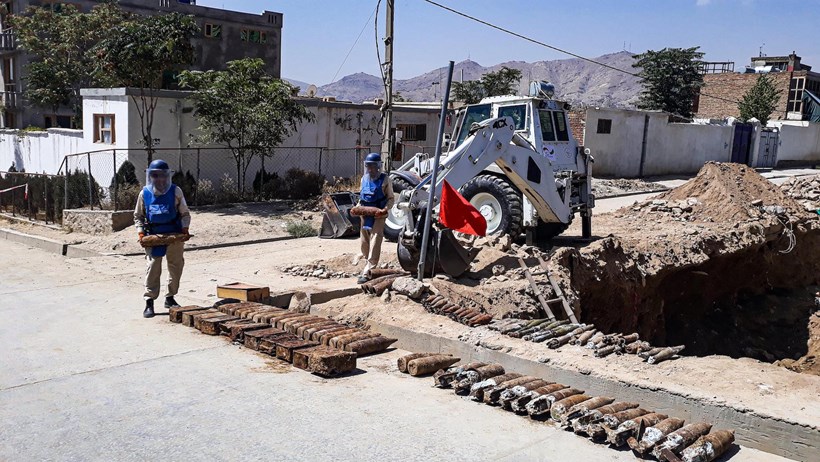 The team recovered a ton of explosive devices on the first day of excavation. In total 20 tons were extracted from the site.

During excavation, teams discovered that they would need to dig under a newly constructed road. This posed a challenge, as residents wanted to keep the road intact. HALO consulted the national authority, the Directorate of Mine Action Coordination , the local municipality and police and security services, to find a solution that would allow them to clear the explosives without damaging the community’s infrastructure, as residents had feared. In response, the municipality promised to repair the road as soon as the task was finished.

“I was extremely happy for the help of HALO Trust,” said Safiullah. “It was a great relief to see them doing the job so safely and professionally, and we can see that the danger will soon be gone.”

In Afghanistan, ammunition from the 1980s and 1990s is still regularly found in large quantities, often in areas where its detonation could cause serious death, damage, or injury. With the support of its donors, HALO continues to find and destroy items to make Afghan people safe.

THANK YOU TO OUR DONORS

This clearance was made possible thanks to the generosity and commitment of our supporters and donors.