15th December 2020 | Sri Lanka
“The HALO Trust is incredibly grateful to the German Federal Foreign Office for this continued support. To date, the work of HALO’s German-funded mine clearance teams has helped over 30,000 people in Sri Lanka by removing the deadly legacy of war." 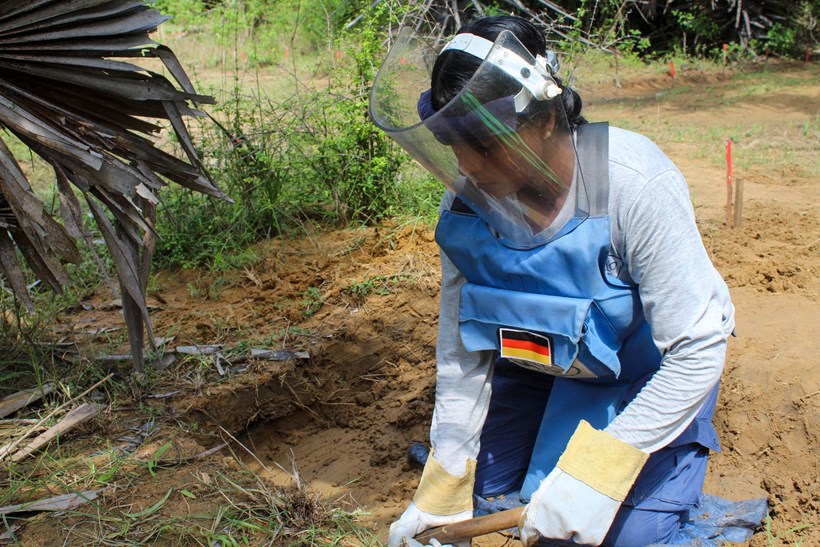 HALO is delighted to announce that the German Federal Foreign Office (GFFO) has extended its funding to HALO Sri Lanka by a further one million Euros that will run until December 2021. In 2019, GFFO provided two million Euros to support our demining activities in northern Sri Lanka. To date, this has helped over 30,000 people by removing 15,356 explosive items, including more than 2,000 landmines that threaten lives and livelihoods.

For the past 23 months, HALO's German funded teams have worked across 78 minefields in Jaffna, Kilinochchi and Mullaitivu districts, making safe over 500,000 square metres of land. Once the landmines are cleared, the land can be used for for families to live and farm, enabling economic growth and prosperity.

During Sri Lanka's civil war, hundreds of thousands of people were forced to flee their homes, either because of fighting or because landmines made it too dangerous for them to stay. The war may have ended in 2009 but many families have been unable to return home because their land is not safe. 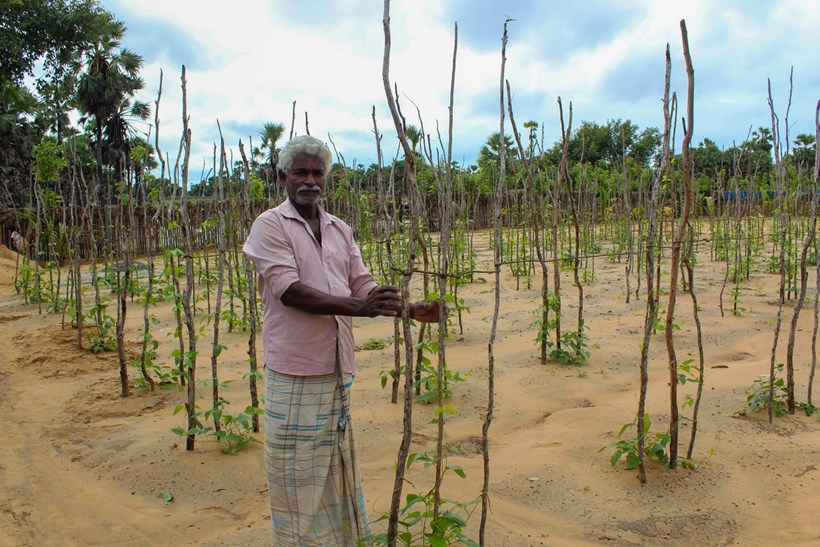 Rasathuari Rasanteram lost everything when fighting spread to his village in 2000. He fled with his wife and eight children, leaving behind his animals and valuable fruit trees which were all destroyed.

For two decades the family was displaced, living in Vallveddithurai, Jaffna. With their source of income gone, daily life was a very difficult. Rasathuari worked as a labourer to help them pay the rent on their temporary home but it was a constant struggle to make ends meet.

But in August 2020, Rasathuari's dream of returning home finally came true. HALO's teams, including those funded by GFFO, finished clearing part of Intherapuram village that had been subsumed by the vast Muhamalai minefield during the war.

“To be in my own place again, and live off my own land, I have freedom now that I have not experienced for a long time.”

Since returning to the village, Rasathuari has begun rebuilding his home and has started growing corn, bananas and long beans to support the family. He can now plan for the future and will expand his market garden using the income his vegetable crops are already providing.

The additional funding from GFFO will enable our vital work to continue, allowing more people like Rasathuari Rasanteram to return home and bringing Sri Lanka one step closer to achieving its goal of a mine-free country.