The HALO Trust has started emergency clearance of unexploded ordnance resulting from recent fighting between Karabakhi and Azerbaijani forces.

Between 1st and 5th April 2016 intense fighting broke out in Nagorno Karabakh (NK) all along the front line between Karabakh and Azerbaijan. Ground fighting was confined to areas close to the Line of Contact (LOC) but artillery fire penetrated more than 10km into Nagorno Karabakh.

A ceasefire was agreed on 5th April and on 7th April HALO began to assess the unexploded ordnance contamination resulting from the fighting. Clearance commenced the following day and we now have two seven-person Battle Area Clearance teams conducting emergency clearance. 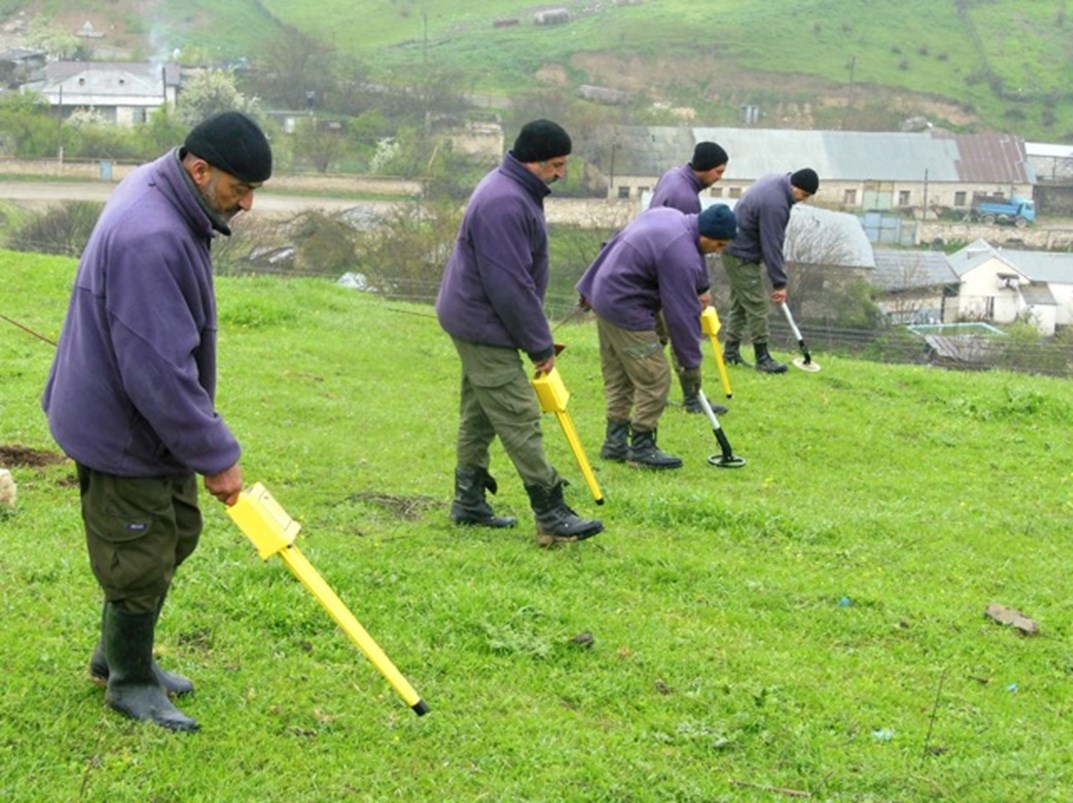 It was quickly clear that the greatest humanitarian priority is the threat from cluster munitions in the villages of Nerkin Horatagh and Mokhratagh, close to the town of Martakert in north east NK. The small bomblets, known as submunitions, released by the cluster munition rockets cover an area between the villages that we estimate to be two square kilometres.

Typically up to 20% of submunitions fail to operate as intended and they lay on or in the ground, armed and sensitive to movement. The M095 submunition that HALO is currently finding in NK is dispensed from a rocket containing 104 of them. Each truck-mounted launcher can fire 26 rockets at a time so a single firing of a launcher can leave 500 or more submunitions unexploded on the ground.

The village is surrounded by these dangerous bombs and we’re afraid that our children will play with them and that they will explode.

It is fortunate that HALO has a well-trained local capacity that has been able to respond immediately. This emergency clearance is vital and we are pleased to be able to support the local services, while continuing with our work to clear all known landmines in Karabakh by 2020.

HALO has been working to clear landmines in Nagorno Karabakh since 2000. Our mission is to make the region mine free, reduce the threats from cluster munitions and ordnance, reopen roads and return agricultural, pastoral and forest lands to productive use.