The HALO Trust has today handed over a 29km-long cleared minefield to a community of more than 14,000 people in the north-east of Zimbabwe.

In total, 14,742 mines have been detected and cleared by HALO, which employs 340 Zimbabwean male and female deminers, over a three-year period.

‘Today thousands of local men and women in Mount Darwin District can access vital water supplies and fertile land in safety. Children can now walk to school without risking their lives and limbs. This is a remarkable achievement in an area which has some of the densest barrier minefields in the world,’ said Tom Dibb, Programme Manager for HALO in Zimbabwe.

Landmines were laid by Rhodesian Forces to seal the country’s borders with Zambia and Mozambique during the Liberation War in the 1970s. A HALO survey in Mashonaland Central and Masonaland East provinces recorded 29km2 of land along a 400km frontage contaminated by landmines, 24km2 of which is still to be cleared. More than 85,000 people currently risk their lives to access water supplies and health and education services there.

The HALO Trust has destroyed almost 40,000 mines since it began operations in Zimbabwe in 2013, and has been funded by the governments of Japan, Ireland, the USA and UK and the NGOs World Without Mines, Fondation Pro Victimis, The Julia Burke Foundation and Actiefonds Mijnen Ruimen.

Mr Dibb continued: ‘While today is cause for celebration here in Mukumbura, Zimbabwe remains one of the most severely mine-impacted countries on the planet.  HALO and the Zimbabwe Mine Action Centre are committed to ridding Zimbabwe of all landmines by 2025, as specified by the Ottawa Mine Ban Treaty. But we need increased and sustained support from the global donor community to achieve this.’

HALO led the mine clearance effort in neighbouring Mozambique, which was declared mine-impact free in 2015 after 22 years’ of clearance operations. 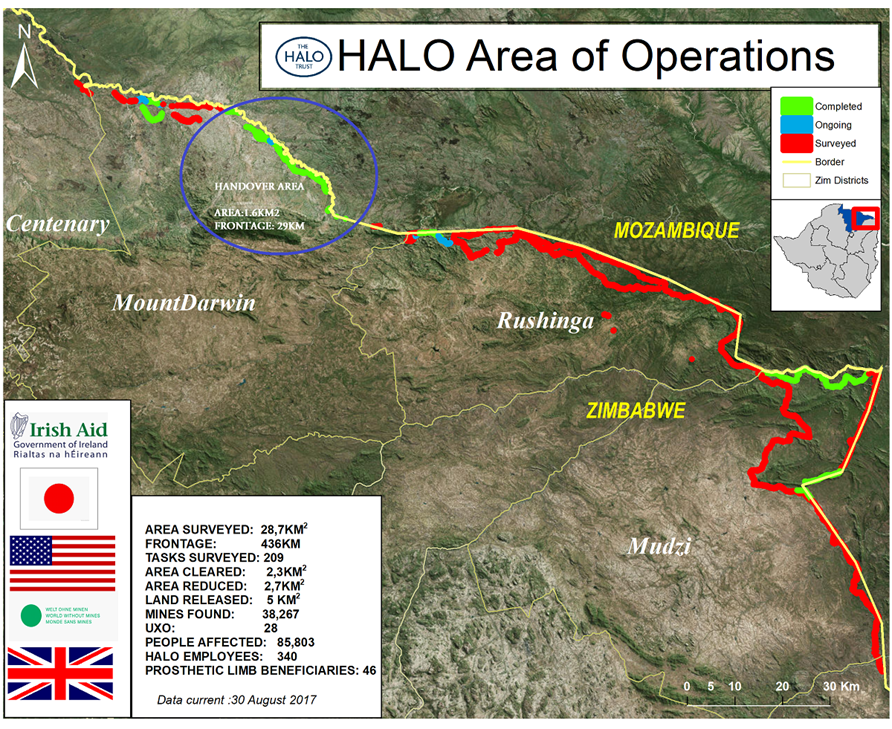 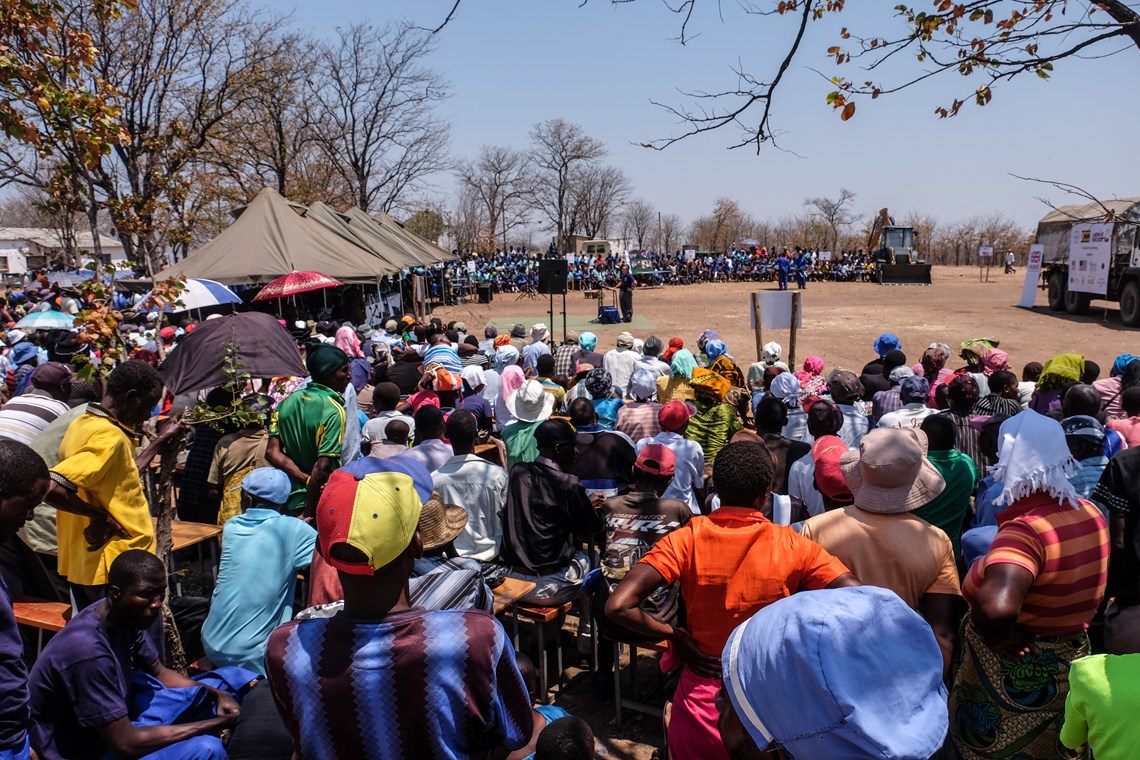 Crowds from the local community watch the handover ceremony. 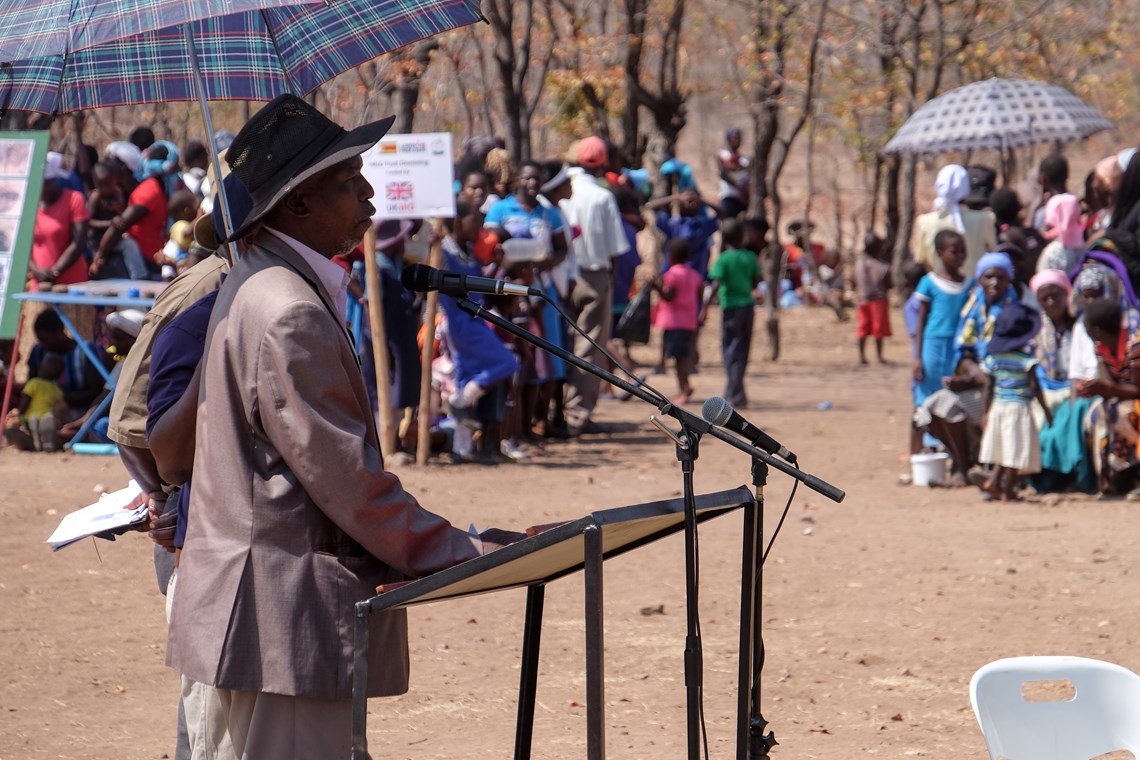 Chief Chiswiti speaks at the handover ceremony on behalf of the local community. 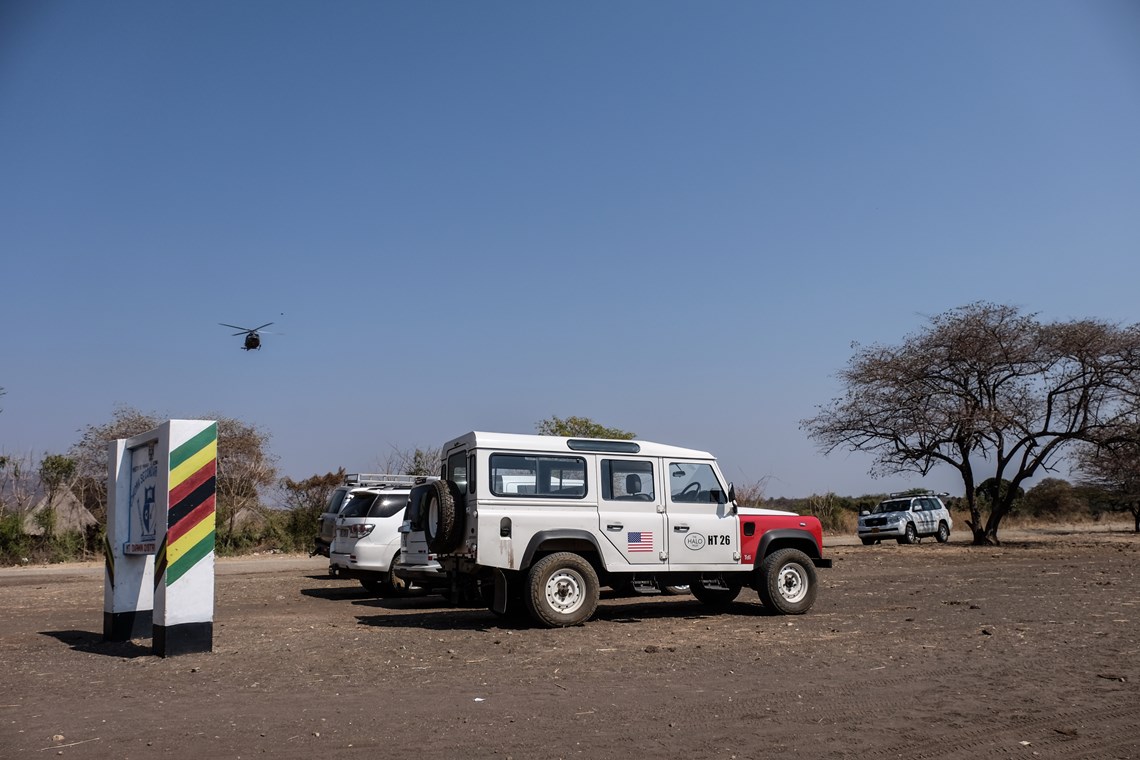 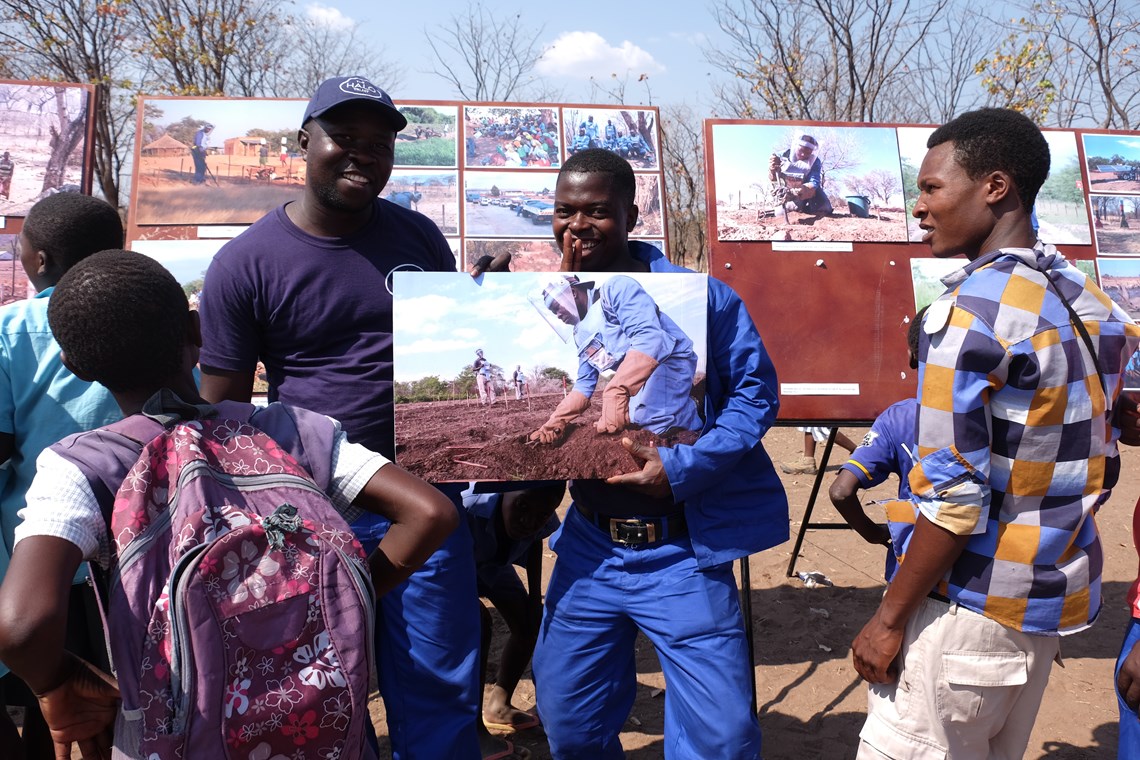 A HALO deminer finds a photograph of himself on display at the handover ceremony. 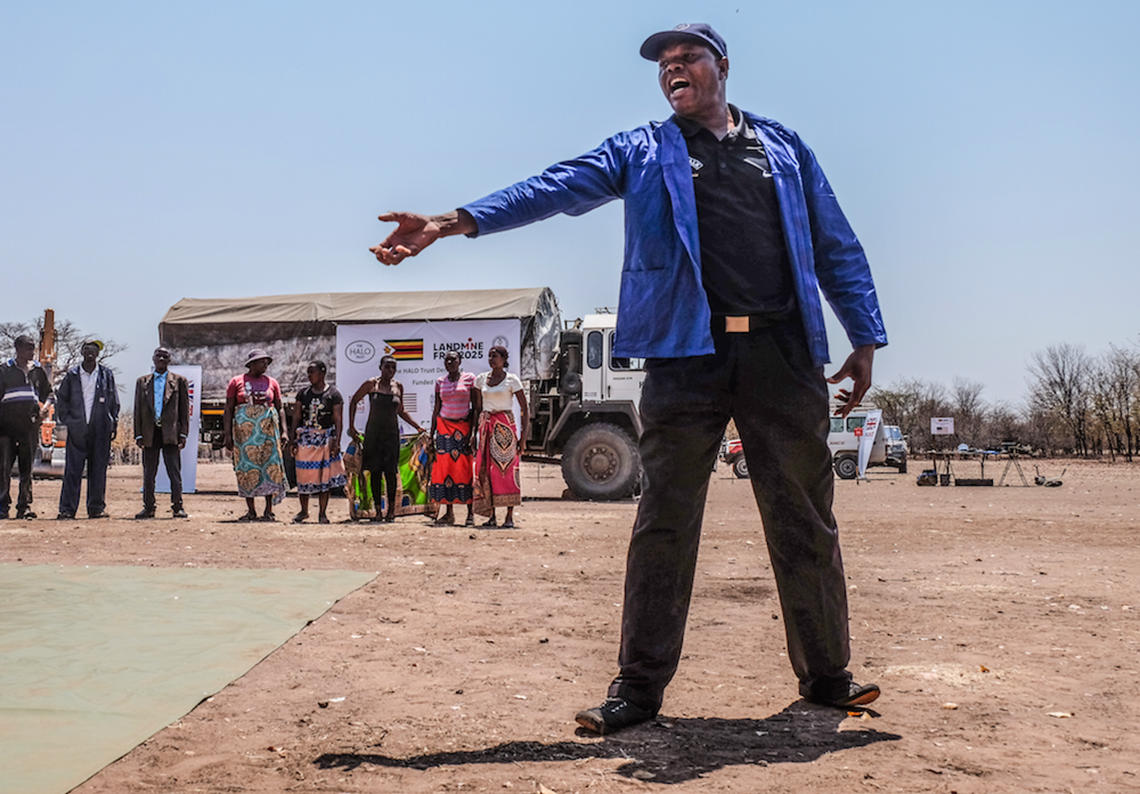 Local people perform a short drama about living beside a minefield. 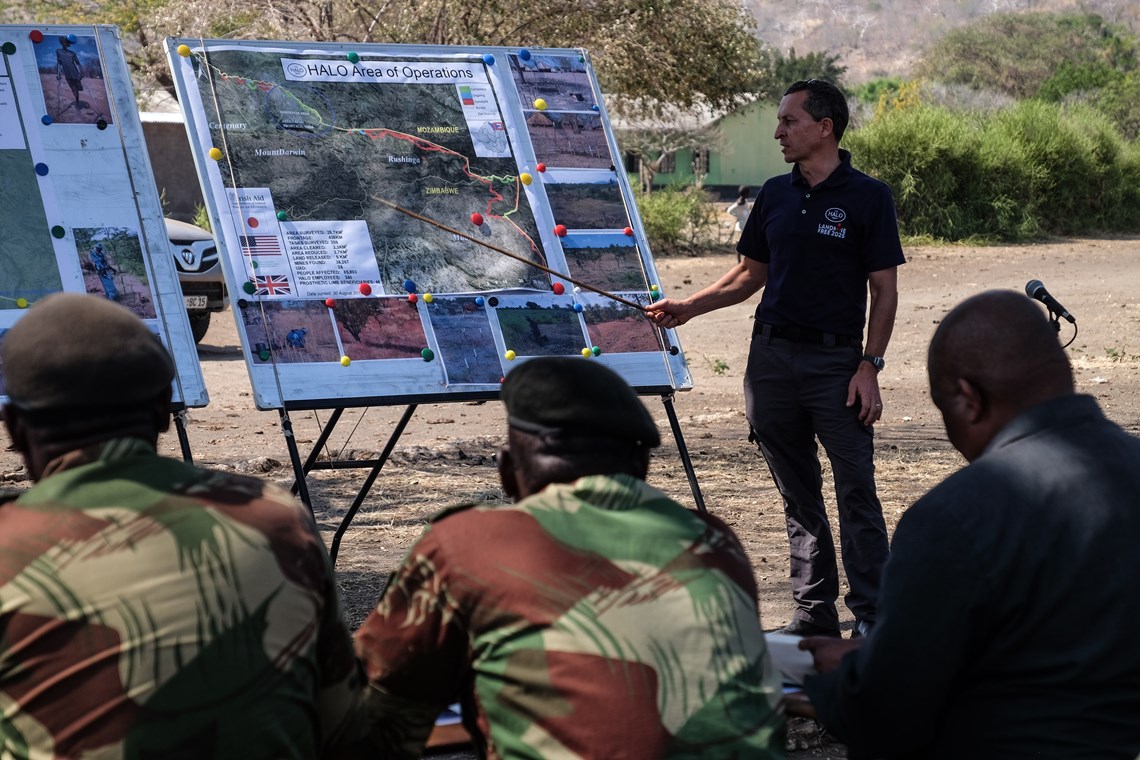 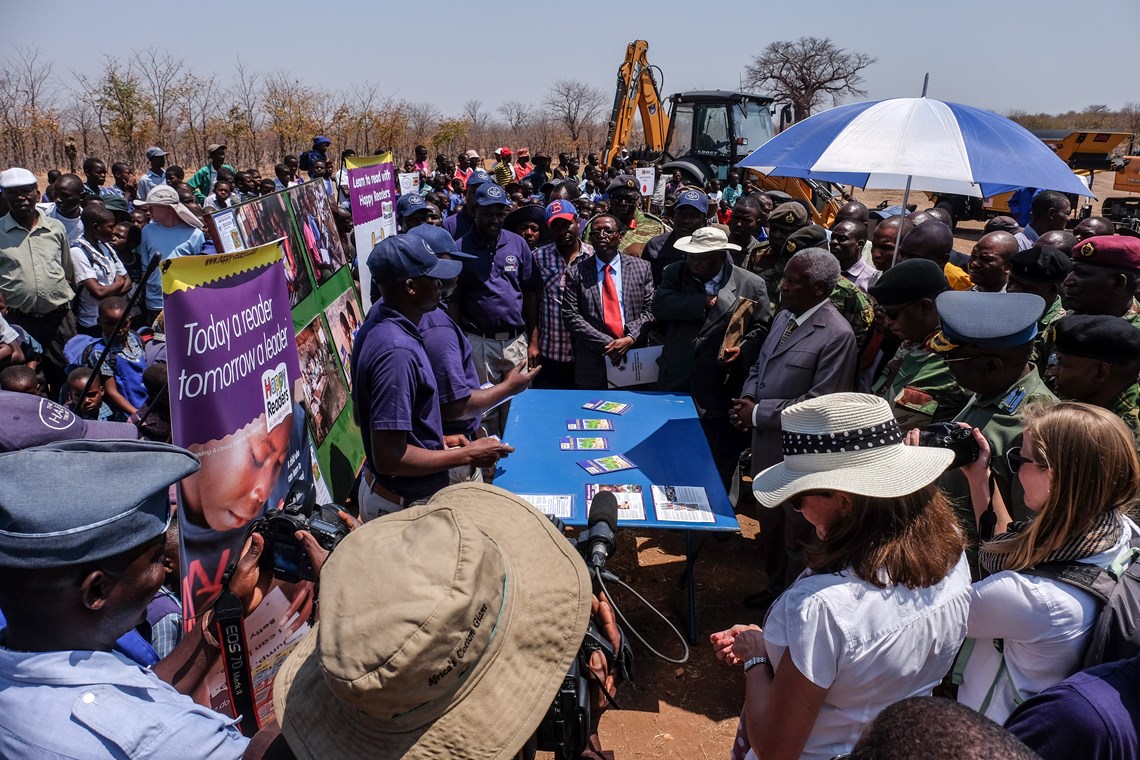 HALO and Happy Readers have produced an early-years literacy guide based on life beside a minefield. 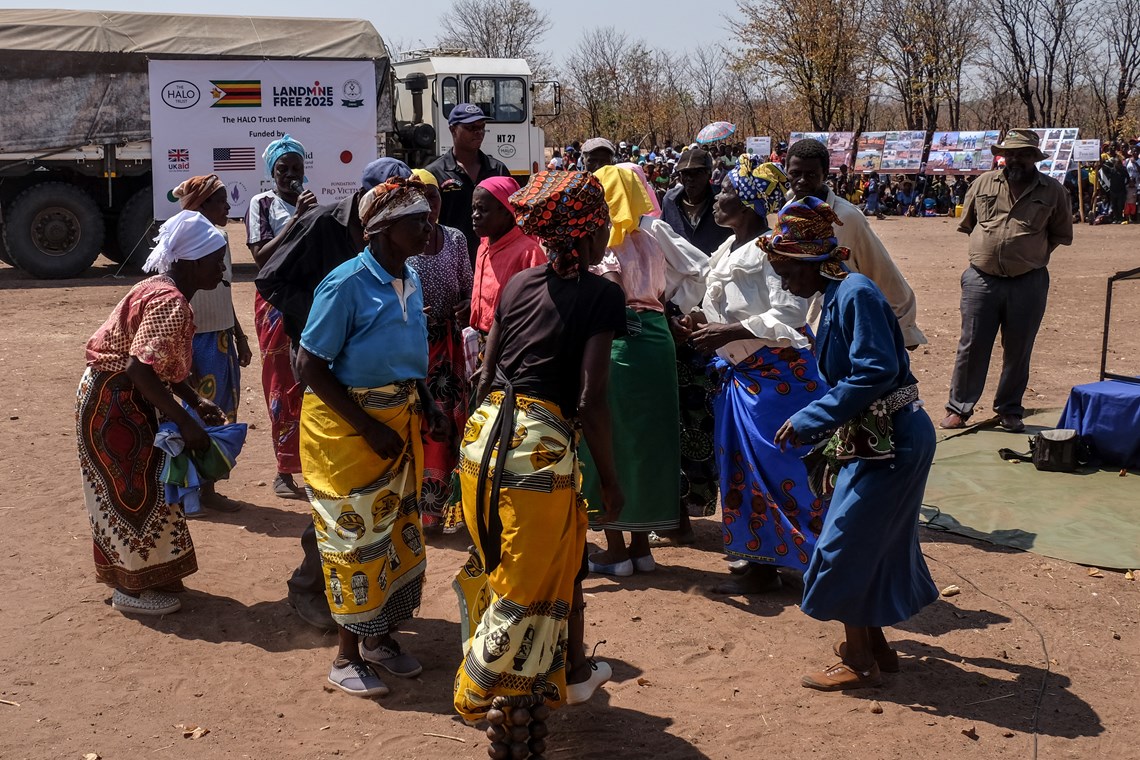 Local women perform a traditional dance at the handover ceremony.