One Million People Benefit from Safe Land
Thanks to UK Support

"I warmly welcome Britain completing the clearance of the minefields on the Falklands Islands. This is a further a step on the road to a landmine free world. The UK's commitment to the people around the world whose lives are blighted by landmines is really significant. Under the latest phase of the UK's Global Mine Action Programme over one million people have been made safer and have been given safe land back to grow food for their families. I note with pride that many of the deminers who cleared the Falklands were first trained by HALO in Zimbabwe."

Thanks to funding from the UK Government to the Global Mine Action Programme (GMAP), over one million people now have access to safe land.

The UK Government today announced a £36 million extension to GMAP 2, its support for global landmine clearance in the world's most mine-affected countries. The project started in July 2018 and has now made safe land that benefits one million people. These are men, women and children in impoverished communities in ten countries who had been living with the threat of landmines for decades.

Under the project, 83 million squares metres of land has been made safe and another 57 million square metres surveyed and removed from national databases – making the land safe to use. In addition over half a million children and other community members living among mines and unexploded debris have received mine risk education classes thanks to the UK funding.

HALO is part of an alliance of global landmine clearance organisation awarded a total of £46 million for landmine clearance in 2018. An additional £36 million has been released this financial year as an extension of the project. The consortium includes: The UK’s HALO Trust and Mines Advisory Group (MAG), as well as Norwegian People’s Aid and the Geneva International Centre for Humanitarian Demining.

Across Angola, Cambodia, Somalia and Somaliland, Zimbabwe, Myanmar, South Sudan, Laos, Lebanon and Vietnam, we are working together to clear landmines and explosives so that families can live in safety and rebuild their lives.

Safe Land for Ty in Cambodia

“My family is very happy that the land is safe. We don’t have to worry anymore. When we have more cleared land to use it will also help many other people in the village who need jobs and want to work in the fields.” 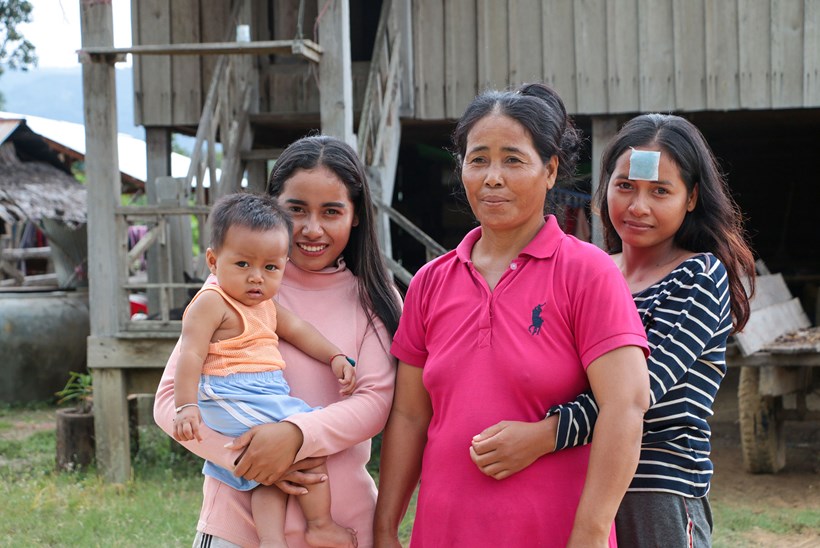 Ty and her husband Vet have faced many struggles together. Cambodia’s civil war decimated the economy in Battambang province where they have lived since 1997 and for many years they had to work as casual labourers. On a 'good' day they might earn between $1 and $2.50. Often they brought home nothing at all. When their twin daughters were born in 1999, Ty decided to try and clear the vegetation on a nearby plot of land to supplement their income by growing rice. But they could still only cultivate two bags (200kg) per year.

As their family grew, Ty and Vet managed to acquire a small strip of land to grow more rice but when they began to clear the vegetation, they discovered landmines hidden beneath the undergrowth.

“Sometimes I found landmines so I knew the area was contaminated. I would try to remember where I saw the mines and avoid that area in the future.”

In desperation, Ty sold many of the family's belongings to pay a private deminer to clear a small portion of their land but it wasn’t until HALO’s demining teams arrived that the family’s worries were finally over.

“I was so excited. The minefield was only a few hundred metres from my house so we could hear the explosions when the team destroyed a mine. I will grow mangoes on the land that HALO has cleared. In a few years’ time, I’ll be able to earn a decent living from them.”

With a secure income, Ty hopes to support her daughter, Sokha, to finish her studies which were disrupted when the family ran out of money to pay the children's school fees. Thanks to the support of the UK Government, Ty and hundreds of thousands of families across the world are building a brighter future for themselves and future generations.