New funding for clearance in Georgia

The HALO Trust has been awarded grants totalling nearly $900,000 by the Government of Japan and the US State Department for humanitarian demining and the clearance of ordnance in Georgia.

The grants will enable HALO to employ 65 locally-recruited staff to conduct landmine clearance at a former Soviet military base near Chognari and Godogani villages in Imereti region and residual areas of the former artillery firing range in Udabno in Kvemo Kartli region.

The Chognari former military base contains a minefield around its perimeter. It was laid during the Georgian Civil War and was also the site of an uncontrolled explosion, which littered the area with unexploded ordnance. The base has since been abandoned and now threatens the lives and livelihoods of over 4,500 villagers who live nearby and use the area for grazing their livestock. The Georgian government also plans to build a waste processing facility on the site that is expected to employ over 130 people.

In Udabno, high-impact areas around the sixth-century monasteries of Ioane Natlismcemeli and David Garedji and grazing lands used by local villagers have already been cleared by HALO. More than 8000 explosive items, including 8 cluster munitions and 37 aircraft bombs, were removed by HALO with previous funding from the Embassy of Japan and US State Department. With the majority of the threat being removed, the new grants will fund residual clearance of areas that still contain unexploded ordnance but do not directly impact the local population.

We are immensely grateful to the Government of Japan and the US State Department for their continued support of our work in Georgia. We look forward to recruiting and training new staff and, more importantly, to seeing the impact of their work. 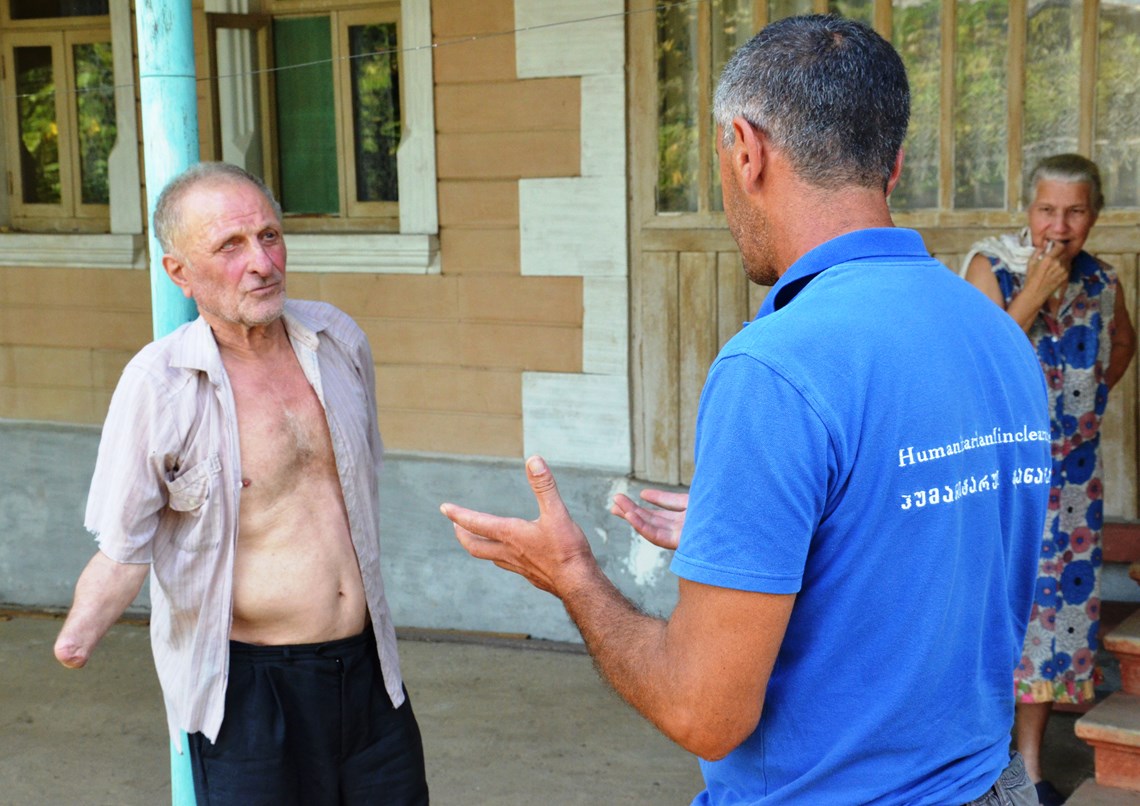 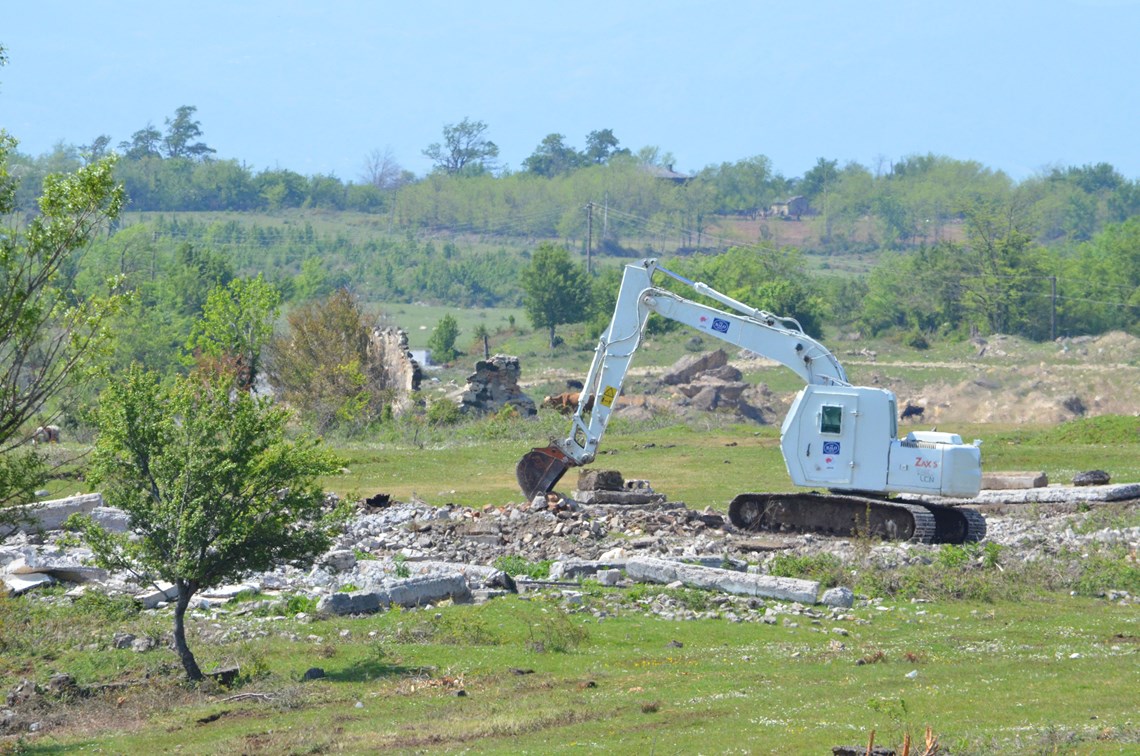 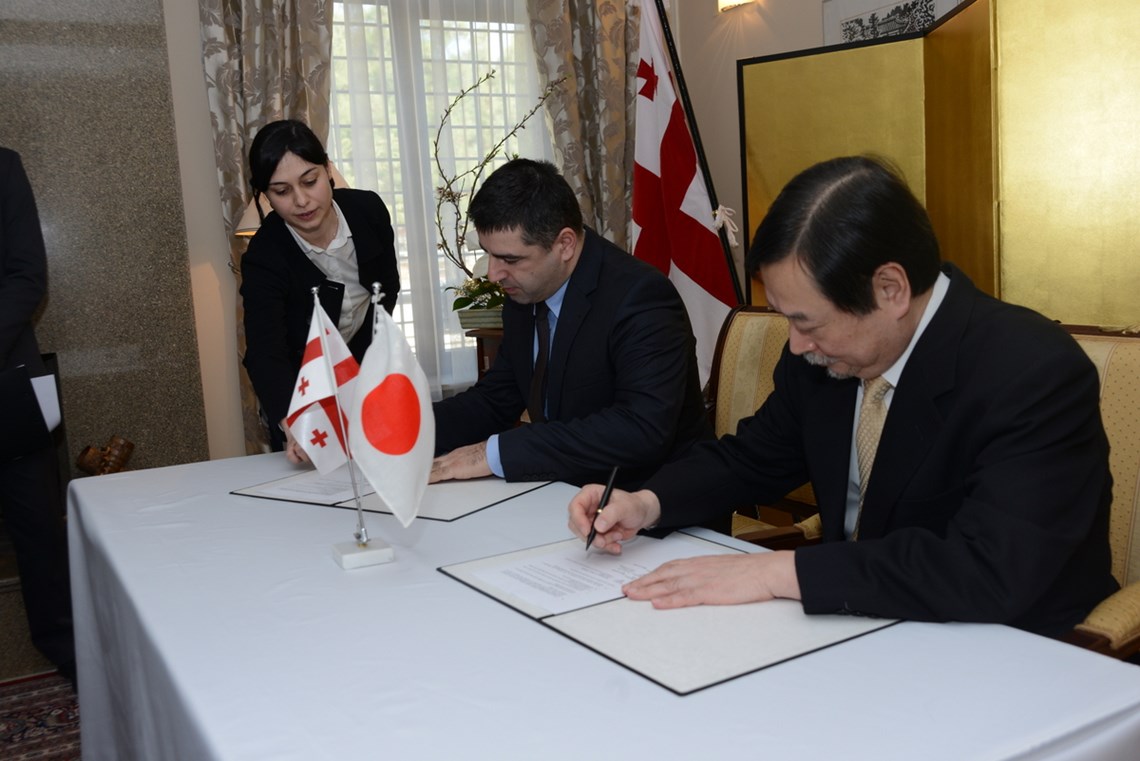 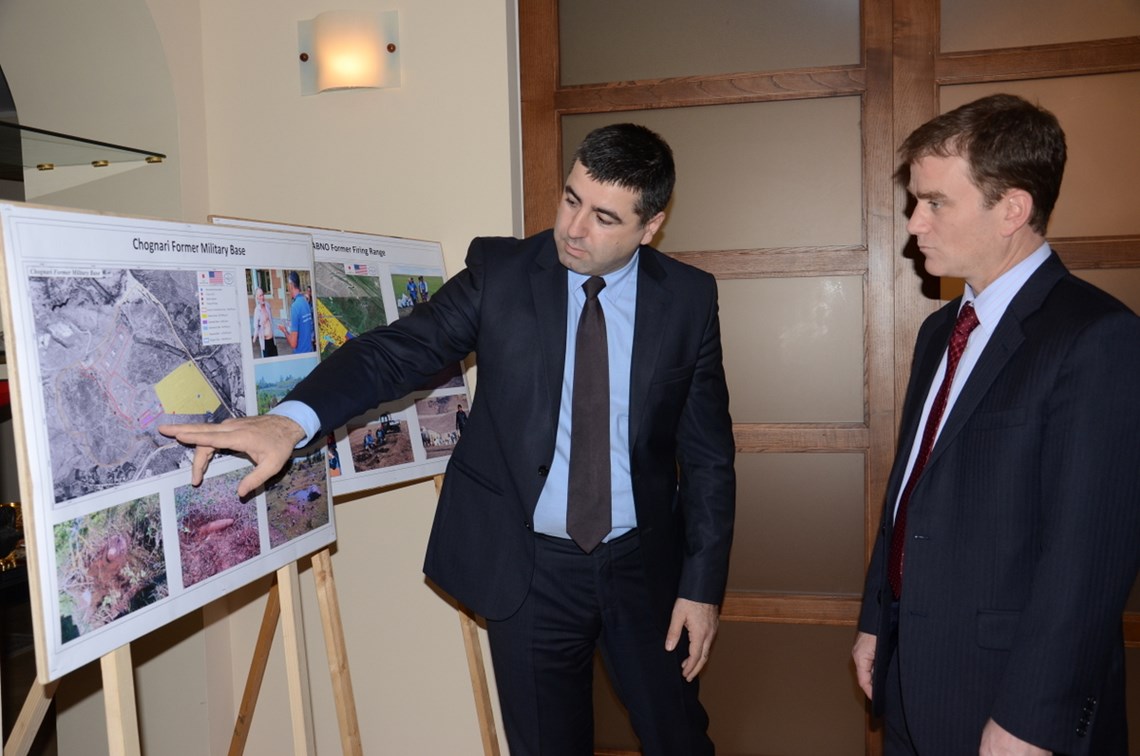 HALO Georgia programme manager, Irakli Chitanava shows the military base on the map to Nicholas Berliner Deputy Head of Mission US Embassy.
Irakli Chitanava with Ambassador Toshio Kaitani after the signing ceremony.

A signing ceremony to commemorate the awarding of the grants will be held in Tbilisi on 10th March 2016 at the Official Residence of the Japanese Ambassador in Georgia his Excellency Mr. Toshio Kaitani, at Gazapkhuli str. N16. The ceremony will be attended by representatives from the US and Japanese embassies, the Georgian Ministry of Defence and local municipalities.

2. In 2014, the HALO Trust received a grant from the Japanese Embassy’s “Grant Assistance for Grassroots Human Security Projects” (GGP), which provides assistance to small projects implemented by NGOs and aims at improving the living standards of Georgian people. The grant was used to clear the site of the monasteries, as well as the surrounding grazing pastures.