“Landmines and explosive hazards kill and maim thousands of people every year, disproportionately affecting children, and cause communities to live in fear."

Representative Jackie Speier went on to state: "I am proud to co-lead this request to the State and Foreign Operations Appropriations subcommittee along with 80 other Members of Congress urging a $29 million increase for demining efforts worldwide. The request will support landmine and unexploded ordnance removal efforts in countries like Laos, where during the Vietnam-era the U.S. dropped more bombs than in all of World War II. Increased funding for landmine and UXO removal will make the world more peaceful and prosperous and help eliminate needless suffering, especially in regions where the U.S. bears the brunt of responsibility for UXO contamination.” 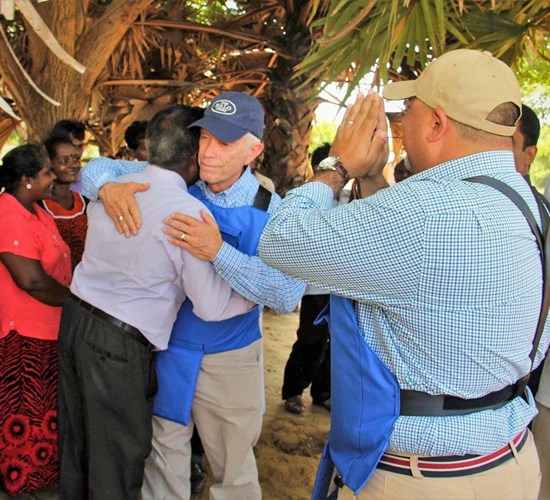 “I am proud to co-lead this appropriations letter, that would provide $262.85 million for global humanitarian demining programs. When I visited HALO's demining program in Sri Lanka, I personally witnessed how the removal of landmines can transform communities and provide safety. Increased funding for these life-saving programs is critical to ensuring stability across the globe.”

On behalf of HALO, Kristen Stevens, Head of Congressional Affairs, responded to thank Representatives Speier and Johnson for leading this effort and their continued dedication to mine action:

“We at HALO are overjoyed to see support for life-saving humanitarian demining programs continue to grow year after year. We applaud the leadership of the 81 Members of Congress who joined this bipartisan letter and thank them for advocating for resources that will foster stability and development worldwide."

The full text of the letter can be found here.