The government of Sri Lanka has approved a proposal to ratify the anti-personnel mine ban convention, also known as the 'Ottawa Convention'.

Any country that becomes a signatory to the Convention strengthens the worldwide movement to end the scourge of landmines. To welcome Sri Lanka into this movement is especially important, as there are few countries whose people have felt more acutely the devastating impact of landmines. There are even fewer countries that have had to tackle landmine contamination on the scale that Sri Lanka has, fewer still that have done so with the commitment and effectiveness that enabled HALO to clear over 200,000 mines in fourteen years.

In making this commitment the government has re-emphasised its agenda of reconciliation through the resettlement of IDPs. Clearing the remaining minefields is a pre-requisite for this. It also enables the continued economic development of the north.

The announcement, which came at a pledging conference held in Geneva on 2 March, means that Sri Lanka will soon become the 163rd State Party to the Convention. It presents both an opportunity and a challenge for NGOs and the international community.

While the target to make Sri Lanka mine impact free by 2020 is achievable, it is only an attainable goal if the level of funding seen in the immediate aftermath of the war is restored. At its peak in 2014, HALO’s mine clearance programme employed over 1,100 Sri Lankan men and women, of whom nearly 70% were returning IDP’s. We currently only employ 500, yet last month alone the men and women who work for HALO still cleared 1,600 mines.

Since 2002 our clearance work has enabled over 170,000 people to return to previously mined areas in northern Sri Lanka. The majority of the minefields have now been cleared and people have returned to rebuild their lives. This marks the resumption of normality after decades of conflict.

While huge progress has been made, the communities still affected by mines are often the most vulnerable. Without continued rapid and effective clearance, the presence of landmines will continue to act as a brake on the recovery of the north.

The transformation of previously mined areas is dramatic but, as we have seen in Mozambique, which declared itself mine free last year after twenty-two years of clearance, the long term economic impact and rejuvenation of communities is also significant.

Since 2002, Sri Lanka has been fortunate to enjoy the support of many donor governments that recognise the impact of demining in reconciliation, resettlement and livelihoods.We look forward to working with the government and other NGOs such as DASH (Delvon Assistance for Social Harmony) and MAG to re-engage donors and accelerate progress.

Bringing Sri Lanka to a mine-impact free state by 2020 will require a coordinated effort and significant commitment by the international community but experience tells us this is an achievable challenge now that the political will is there. 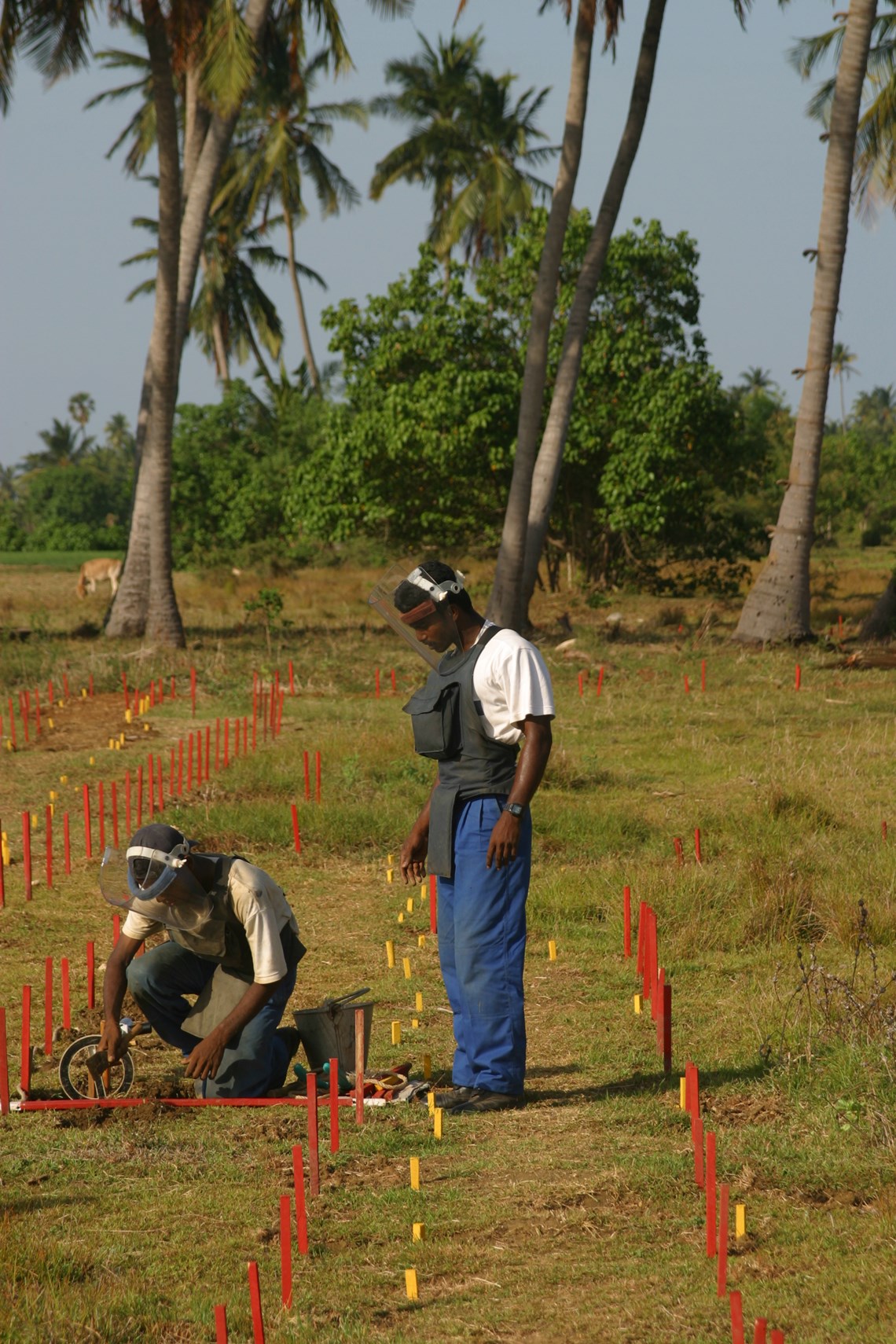 Sri Lanka is one of the most densely mined countries in the world. Since 2002 HALO has removed over 200,000 mines. 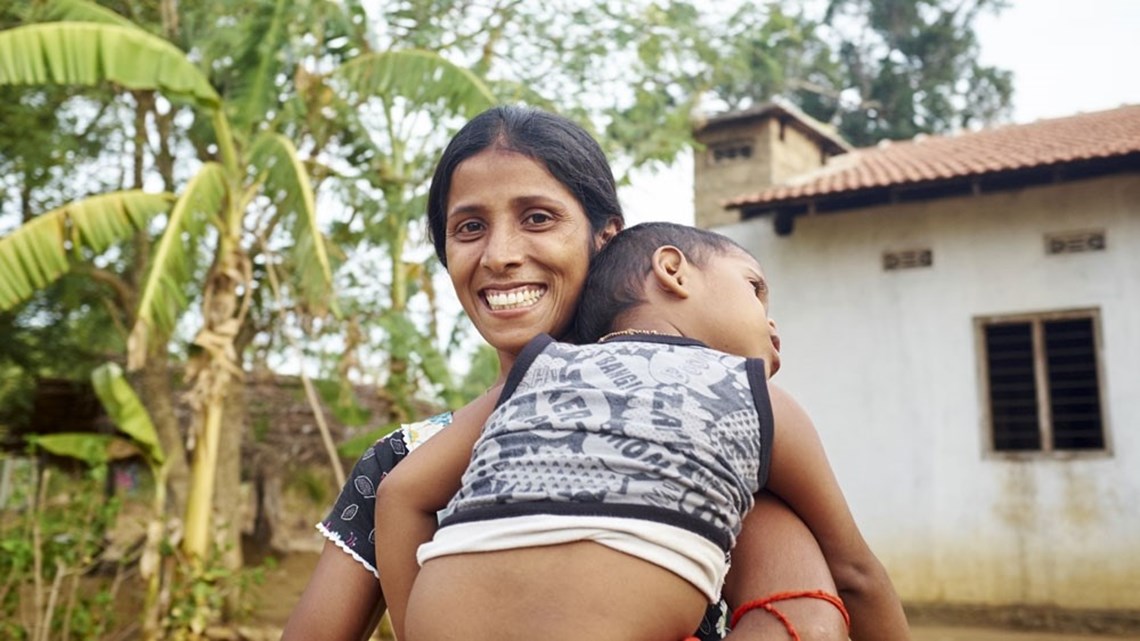 Sasi's husband was killed in the war. She lost a leg to a landmine and when she returned after years of displacement she found her land was mined. Now it has been cleared by HALO. [photo by Devaka Seneviratne]
Beneficiary ploughing an area where HALO conducted mine clearance in Sri Lanka.
Beneficiaries of mine clearance harvesting onions in Kilinochchi district. 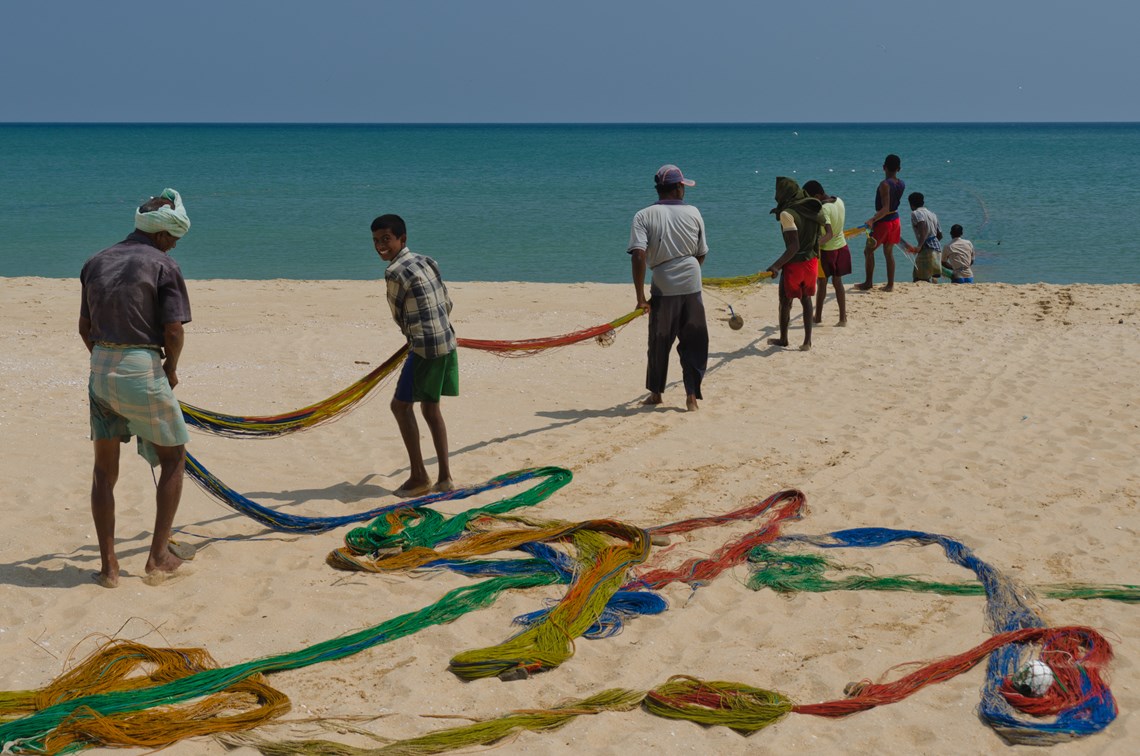 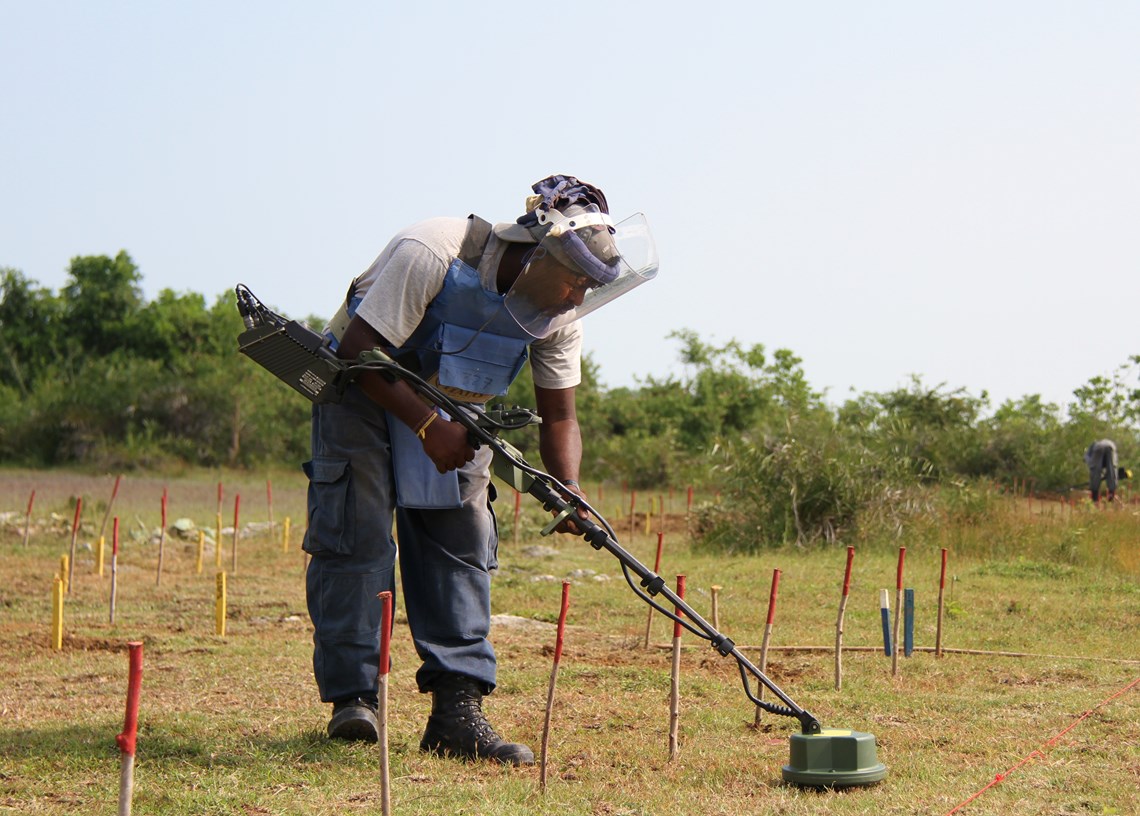 A HALO deminer helping clear Sri Lanka.
A beneficiary from Jaffna sitting in his vine yard.

Each pin on the map marks the location of a minefield with the vast majority green, indicating that they are cleared. [photo by Devaka Seneviratne]