22 years of mine clearance in Angola: Valdemar Fernandes

The Duke of Sussex was literally retracing the footsteps of his mother, Princess Diana, who famously walked the same path when it was a minefield being cleared by HALO at the height of the civil war in 1997.

Valdemar was chosen to escort the Duke as he is the only Angolan staff member who was employed by HALO at the time of Diana’s visit. Using Google Earth satellite imagery of the area, he showed the Duke where he himself had been demining just kilometres away from where the Princess of Wales visited. He then showed the Duke how mine clearance had transformed the entire area by comparing satellite images taken immediately after clearance to images taken earlier in 2019.

The images show how cleared land has been used to build houses and services for thousands of families, including Valdemar’s own family. He also pointed out the homes of local mine victims who have been treated at the clinic that Prince Harry renamed in honour of his mother later that day. The area is now served by three public schools, whose pupils lined the streets to meet the Duke. Minefield HO13 – now known colloquially as ‘Diana Street’ – was finally cleared under Valdemar’s supervision in 2005. More than 3,500 landmines had been cleared from a 1.5km radius. 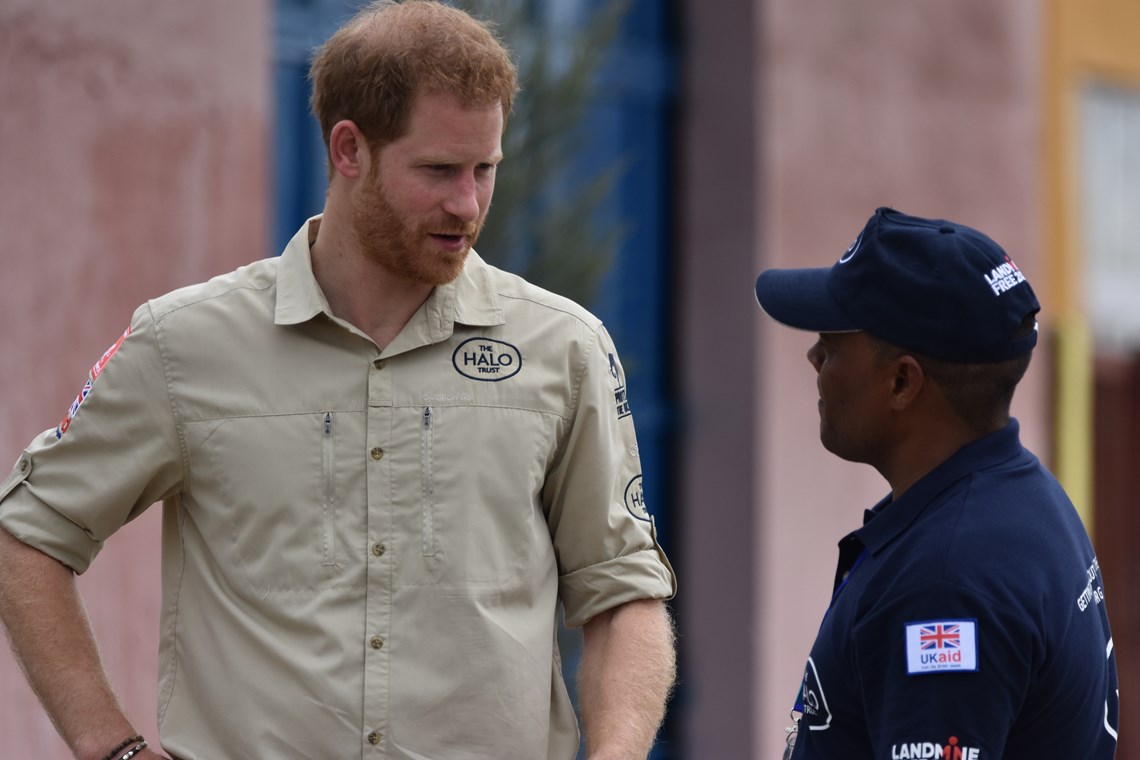 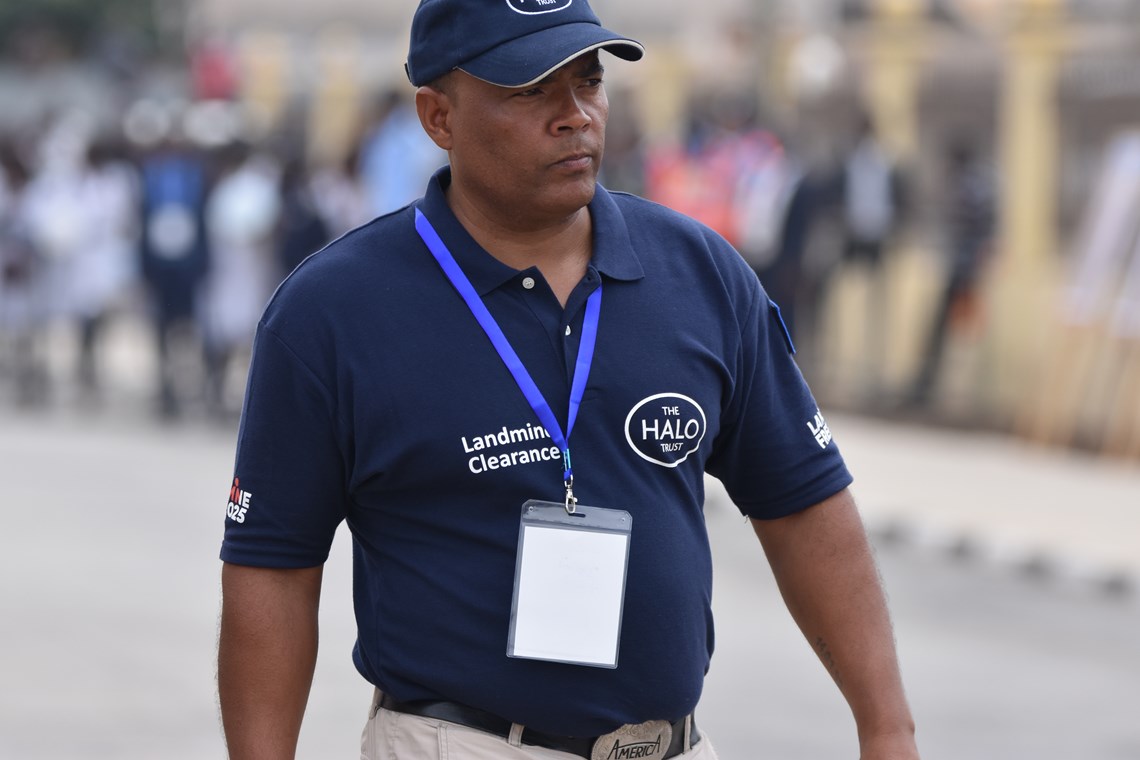 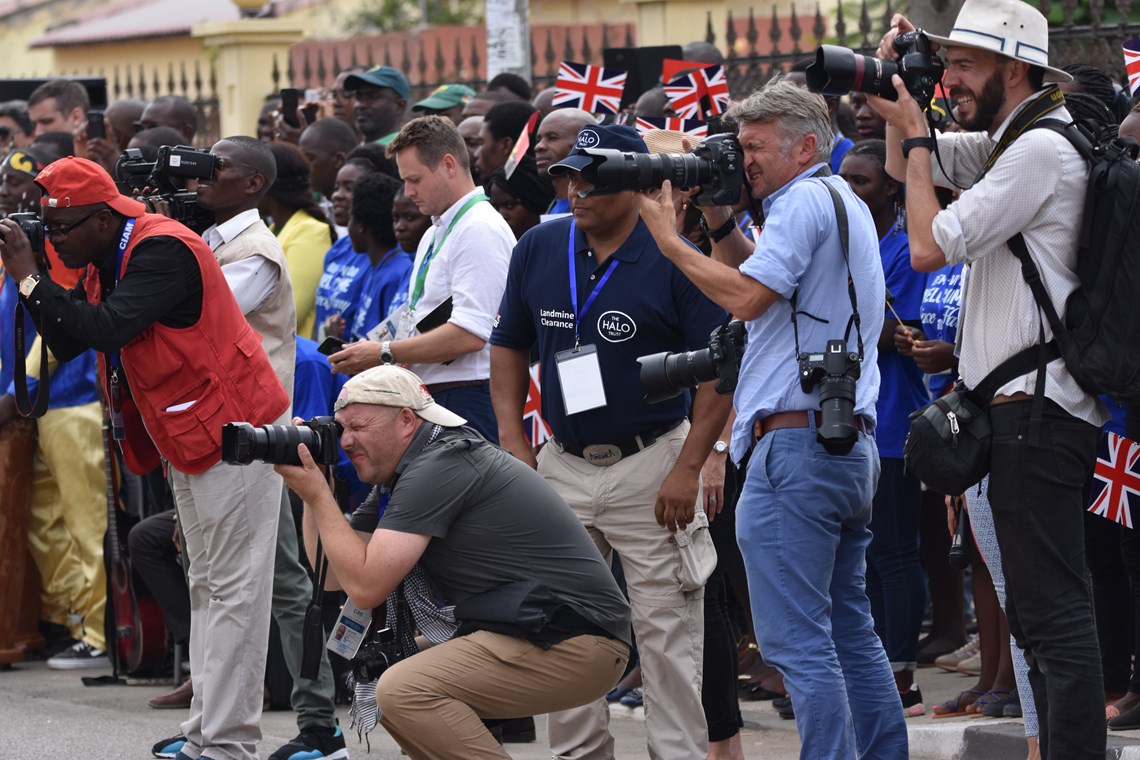 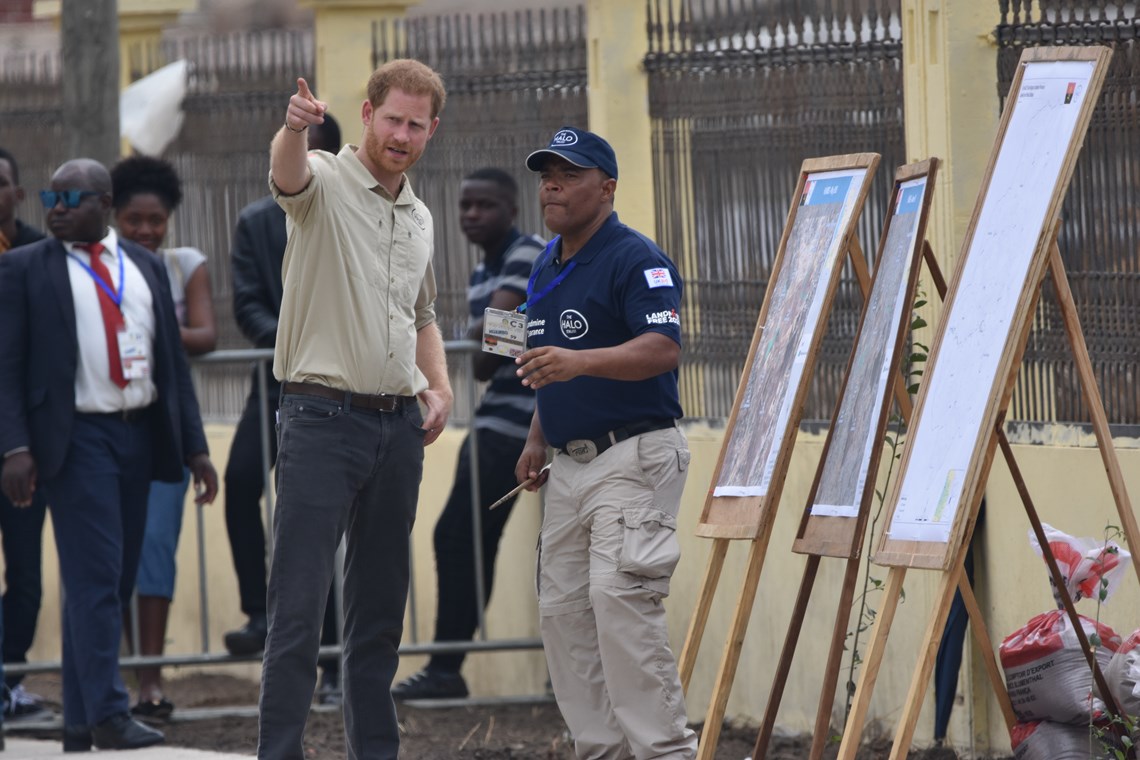 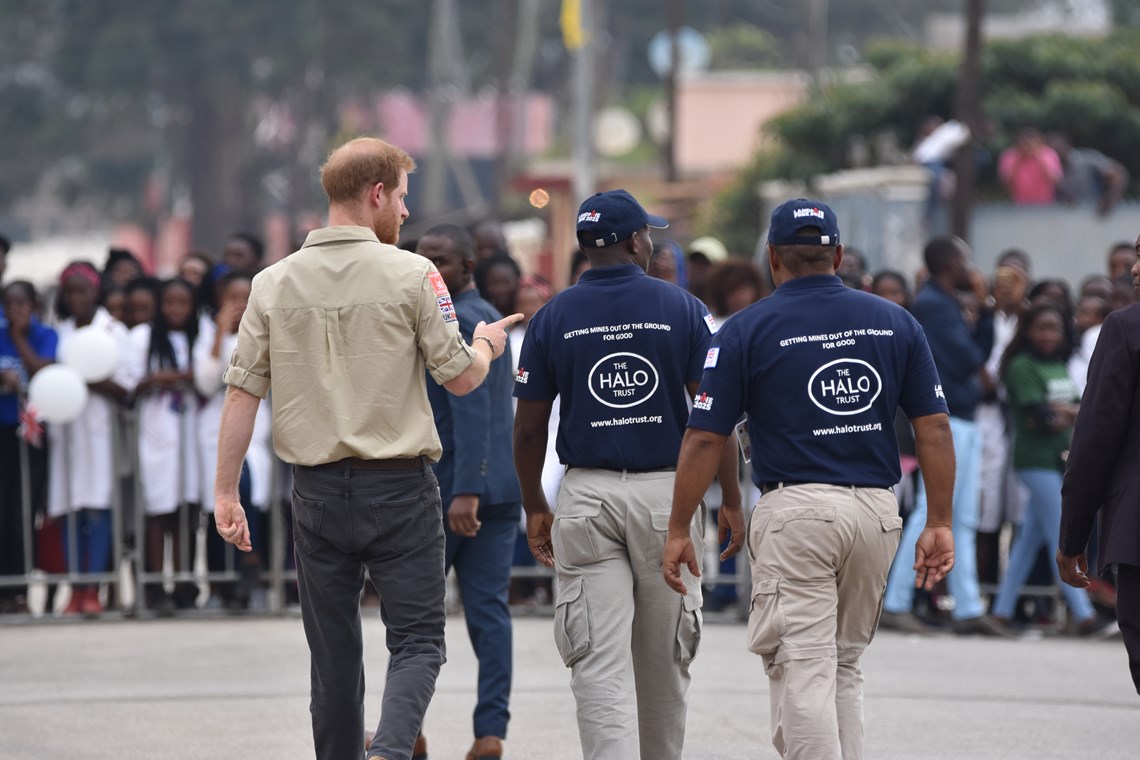 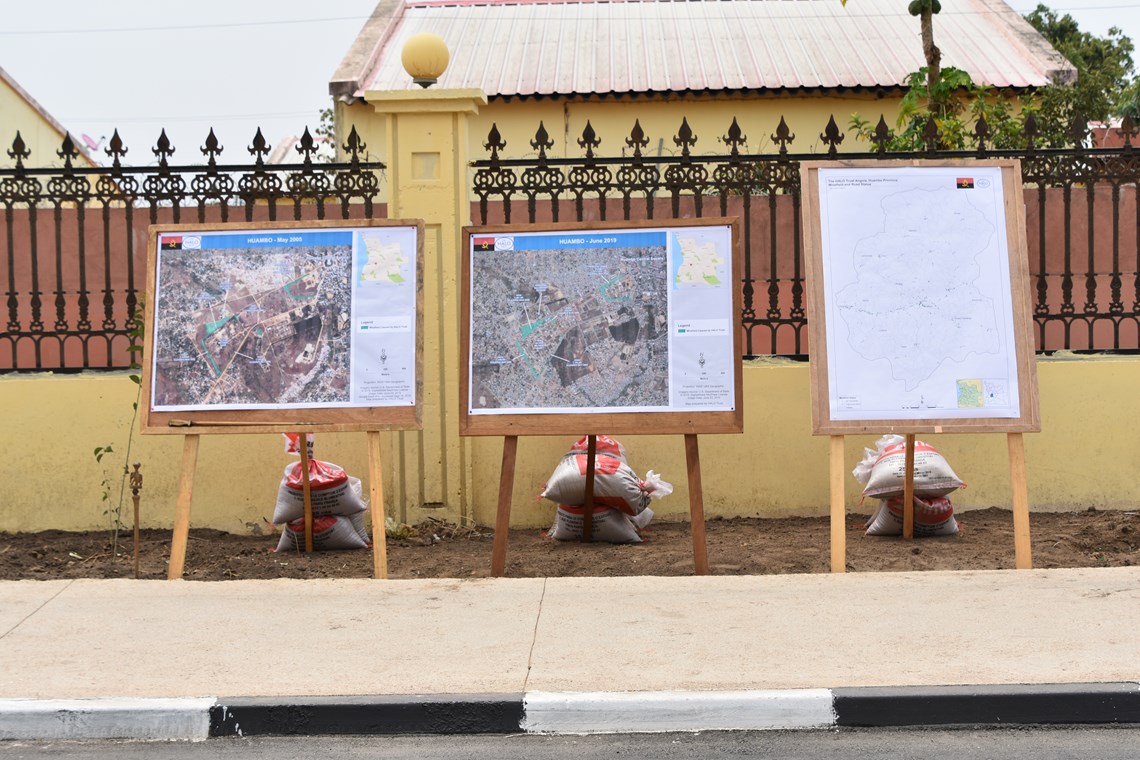 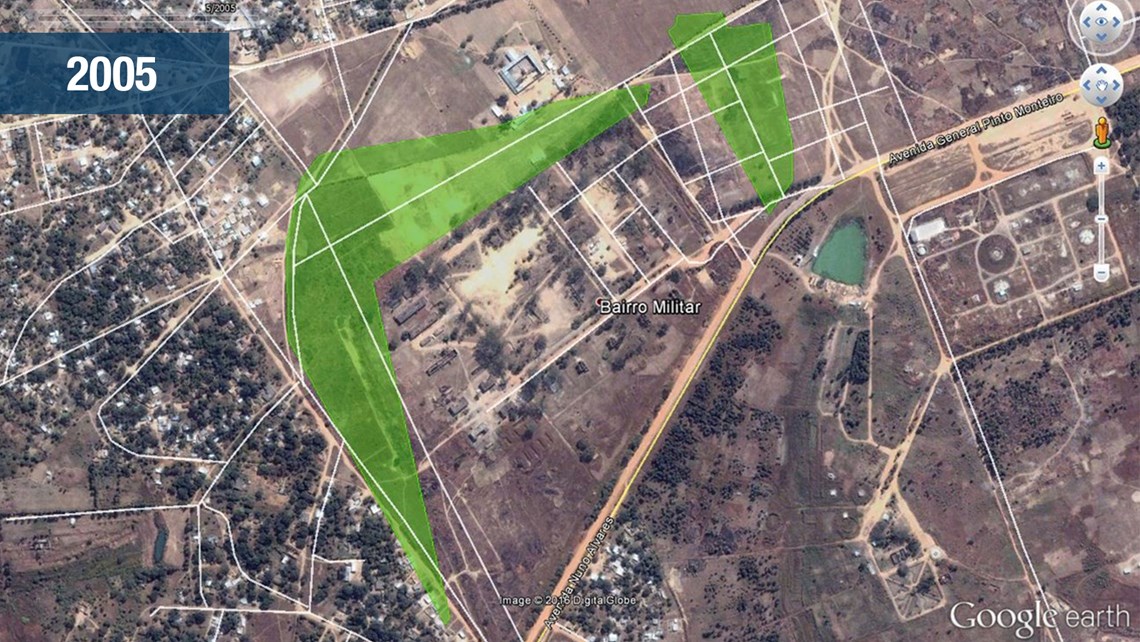 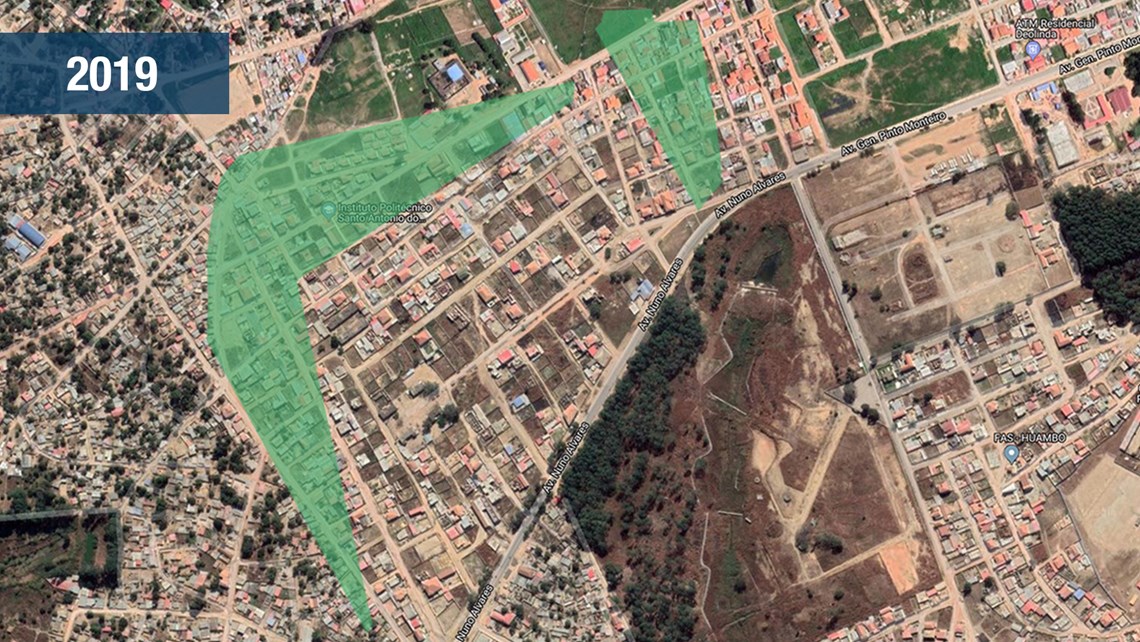 Valdemar escorted Prince Harry to the only remaining landmark from the time of his mother’s visit: a solitary tree, where the Duke reflected in silence in front of the world’s media. 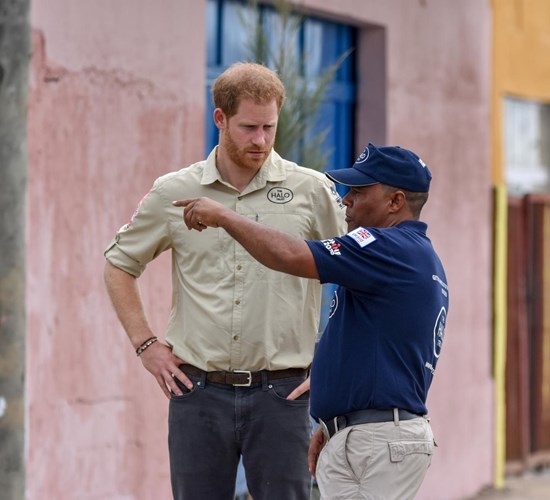 It was an enormous privilege to meet Prince Harry in the very area where I myself have cleared many mines. By coming here he has shown the world the difference mine clearance makes. What was once a treacherous minefield is now a thriving community. It was a great honour to retrace his mother’s footsteps alongside him and I will remember it for the rest of my life.