Rebuilding lives and livelihoods
We are all proud of this achievement of destroying 250,000 landmines. There’s still more to be done and we will keep going until all the landmines are gone.”

Hundreds of thousands of people were forced to flee their homes during Sri Lanka's civil war and over 80,000 lost their lives. The conflict may have ended in 2009 but the many landmines laid meant it was too dangerous for families to return home.

Kantha Samey is from Intherapuram village, along with her eight children she had to abandon her home when it was overrun by the fighting.

"I was displaced to Jaffna with my eight children. My husband also passed away at this time. There was no work so it was very hard."

The village became consumed by the frontline and dense belts of landmines were laid, forming the huge Muhamalai minefield. The family had to move from place to place, relying on the support of relatives.

"It was so hard to find a home, if we rented a house it was only for one year and then we would have to find another place. It made me very sad."

In 2002, HALO began work in Sri Lanka's Northern Province to clear the minefields and, in August this year, the 250,000th landmine was destroyed by our teams at Muhamalai minefield. Over the past eighteen years, HALO's work to make land safe has helped over a quarter of a million Sri Lankans rebuild their lives. Families like Kantha Samey's have finally been able to return home, farmers have been able to cultivate their land and children return to school without fear of accidents. 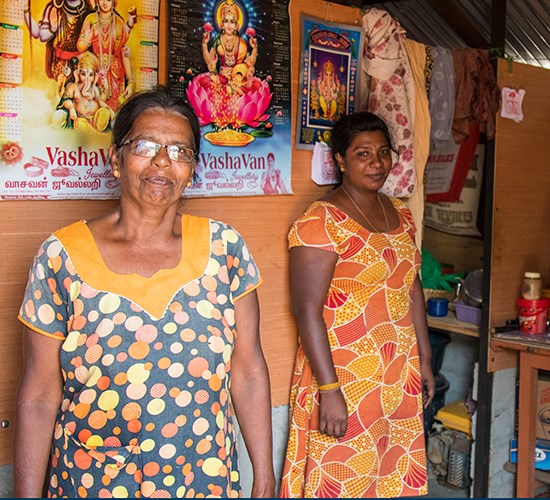 "We are so happy to live in our own place. My children are living around me. I can keep chickens and I can cultivate my land. We will grow coconuts and vegetables such as tomatoes and chillies."

Every landmine destroyed is a potential life saved but it is also the story of lives and livelihoods rebuilt. We will continue our efforts to ensure Sri Lanka becomes landmine free so all families can look forward to a brighter future.

Terunavakarasu Konashwaran, aged 51, is from Nagarkovil village, a traditional Sri Lankan fishing community. He has been fishing since he was thirteen years old. He fled his village in the year 2000 along with his seven children, losing both his home and livelihood. Even when the fighting ended, the community couldn't return to the sea because the beaches were cut off by landmines.

"It was very hard when we couldn't fish because of the landmines. I had to work as a labourer."

Between 2013-16 HALO cleared thousands of landmines along the beach front, allowing Terunavakarasu Konashwaran and his family to fish once again.

"We go out fishing three times each day. Sometimes we don't catch anything but some days we sell 50,000 rupees of fish. When I was a labourer I earned 300 rupees a day. I am getting old so I want to pass on my livelihood to my children." 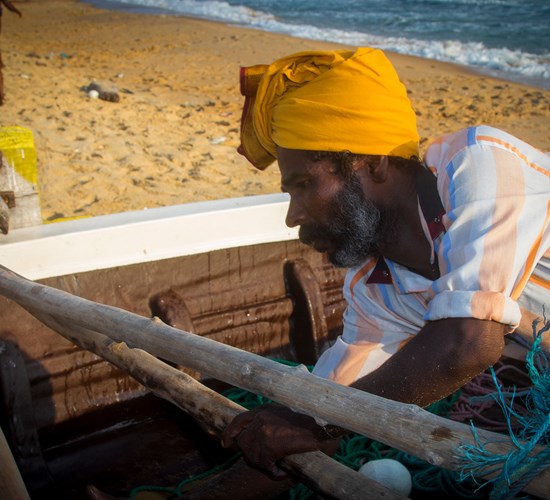 Nagathera Sharma is proud to be the second generation of his family to be the priest at Nagarkovil temple. He recalls how all but two of the temples across the area were destroyed during the war, including at Nagarkovil, where a line of landmines ran directly in front of the entrance. In 2011, HALO cleared the landmines and the villagers, supported by those who had fled abroad during the war, came together to rebuild the temple. Nagathera Sharma and his congregation can now worship in safety. 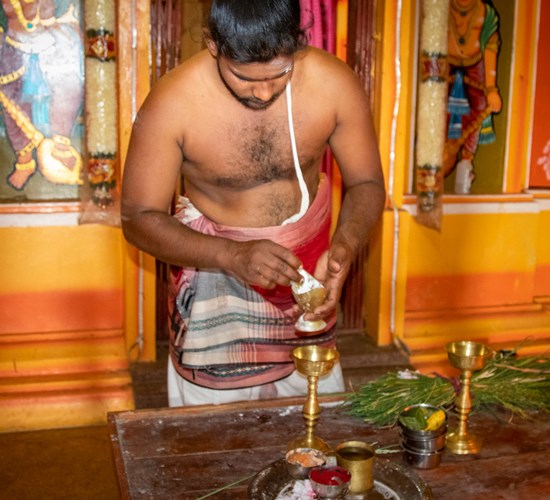 "This is the largest temple in the area and I am very proud to be the second generation of my family to be the priest here."

In 2008 as the civil war spread towards Kilinochchi, Mrs. Jayachchantheran and her family were uprooted from their home to a government welfare camp. In 2010, they were resettled but they couldn't return to their own village as it was located in the middle of Muhamalai minefield, forcing them to pay rent to live in the nearby town of Palli.

In 2019, HALO completed clearance around the family's home allowing them to finally return. They have now built a permanent house and are growing pumpkin and chilli crops on their land. Life is beginning to return to the village. Opposite the war damaged skeleton of the former local store, a brand-new shop has been opened where Mrs Jayachchantheran's daughter now works.

“We couldn’t return because of the landmines but now we have no fear.” 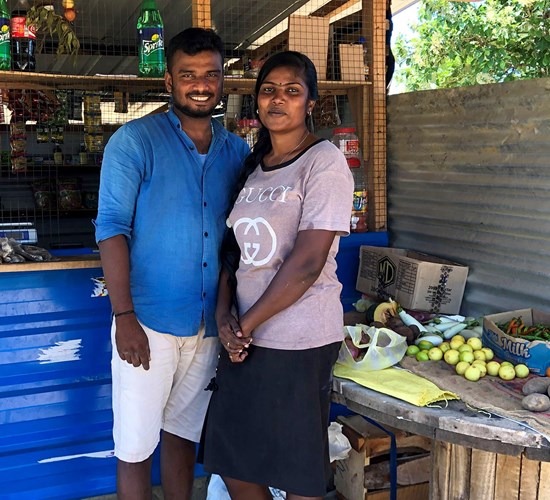 Thank you to our Donors

Our work in Sri Lanka is made possible thanks to the generosity and commitment of our supporters and donors.