A new home in cleared minefields

Romeo Titus is building his family a new homestead beside a HALO-cleared minefield in Rushinga district in rural north-eastern Zimbabwe.

This border zone where Romeo’s makeshift wood and thatch home now stands used to be a no-go area, a few metres from not one but two barrier minefields – the dense Cordon Sanitaire which ran along the Mozambican side of the border, and the parallel Ploughshare minefield which ran along the Zimbabwean side.

The landmines in Zimbabwe date back to the Liberation War of the 1970s when then-Rhodesian forces laid hundreds of kilometres of barrier minefields along the border with Mozambique, to prevent insurgents from moving in and out of the country. Anti-personnel mines were laid in very dense belts (often 5,500 mines per kilometre) to form a cordon sanitaire. Later, a second belt of directional fragmentation mines, known as ploughshares, guarded by anti-personnel mines were also laid.

I have friends who worked for HALO Mozambique when this part of the Cordon Sanitaire was cleared in 2015,” says Romeo. “Unfortunately the Ploughshare minefield that remained on the Zimbabwe side still blocked access across the border. When I found out that HALO Zimbabwe was clearing the Ploughshare I went to my sabuk (headman) to get permission to relocate my family to this area. We’ve now been living here for three months, about fifty metres from the old Cordon minefield.

Romeo and his family used to live in Chisaro village in Mozambique, about a kilometre from their new home, but their farm land is near Chivere, across the border in Zimbabwe.

We are happy to live here – I have more space, and I am closer to my land. Also, now that the Ploughshare is being cleared, a safe shortcut has been opened up right opposite my house which means I reach my farm in 20 minutes rather than 45.

Romeo and his wife, Bibai, have five children, two of whom go to school at Ganganyama Primary. HALO Zimbabwe finished clearing the minefields that run closest to the school in early 2017. Bibai says that when they lived in Chisaro the children had to take a major detour in order to cross through the minefield on a relatively safe track. Now, following demining, their walk to school has been cut from two hours to 45 minutes. 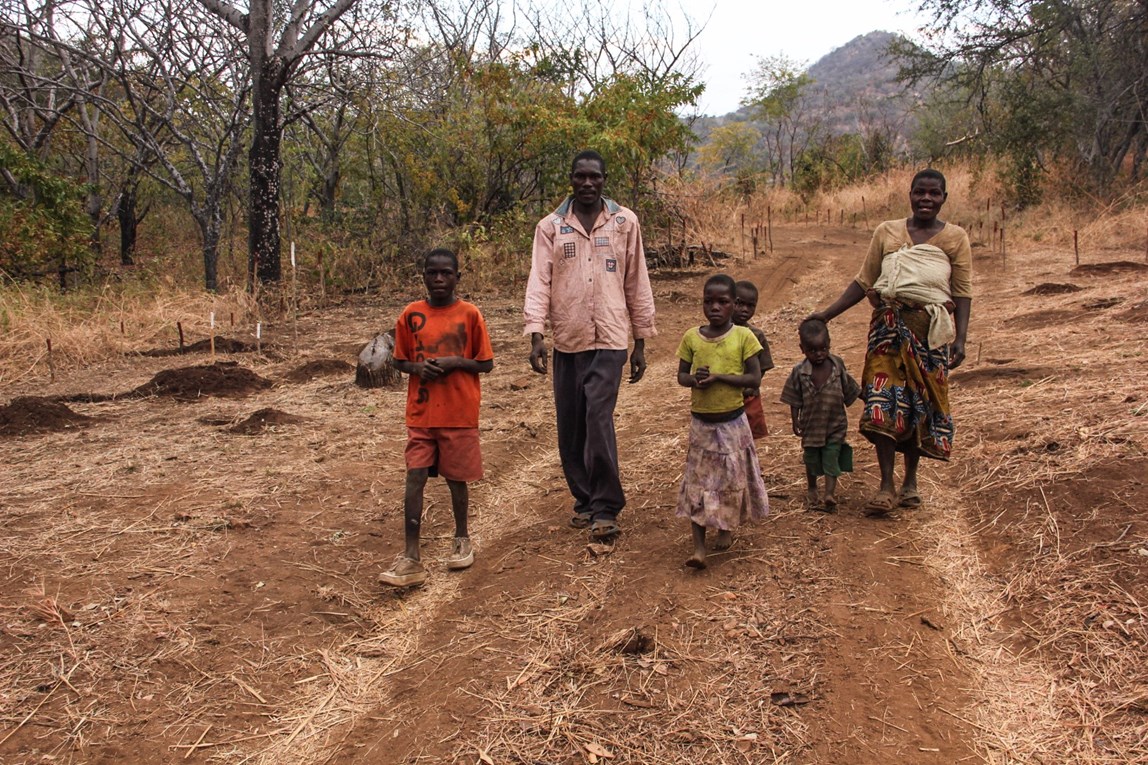 This path through the Ploughshare minefield, right opposite Romeo’s homestead, has been opened up by HALO’s demining. It allows Romeo and his wife to reach their field safely in 20 minutes rather than 40, and it cuts over an hour off the children’s walk to school. Note the cluster of white sticks on the left signifying where mines were found and destroyed.

The kids used to come home exhausted,” says Bibai, “But now they come home with smiles on their faces! We are also happy that we know they will come home safe each day. We all feel safer now, and we trust the deminers who are doing a great job.

Romeo says that the demining has already improved the quality of life of his family, but he still faces challenges. The family grow maize on their two-hectare plot near Chivere, but this only covers their domestic consumption. If they need to raise cash, they have to sell maize that they need to eat, or otherwise sell livestock. With only two goats and two dozen chickens, Romeo knows he needs extra land in order to generate enough income to support his growing family.

I am very hopeful that when the cleared minefield is handed over, I will be able to cultivate a second plot on or near that land which will allow me to generate more income. I will also start growing crops around this homestead. Things are not easy, but I can say now that I am optimistic for the future. 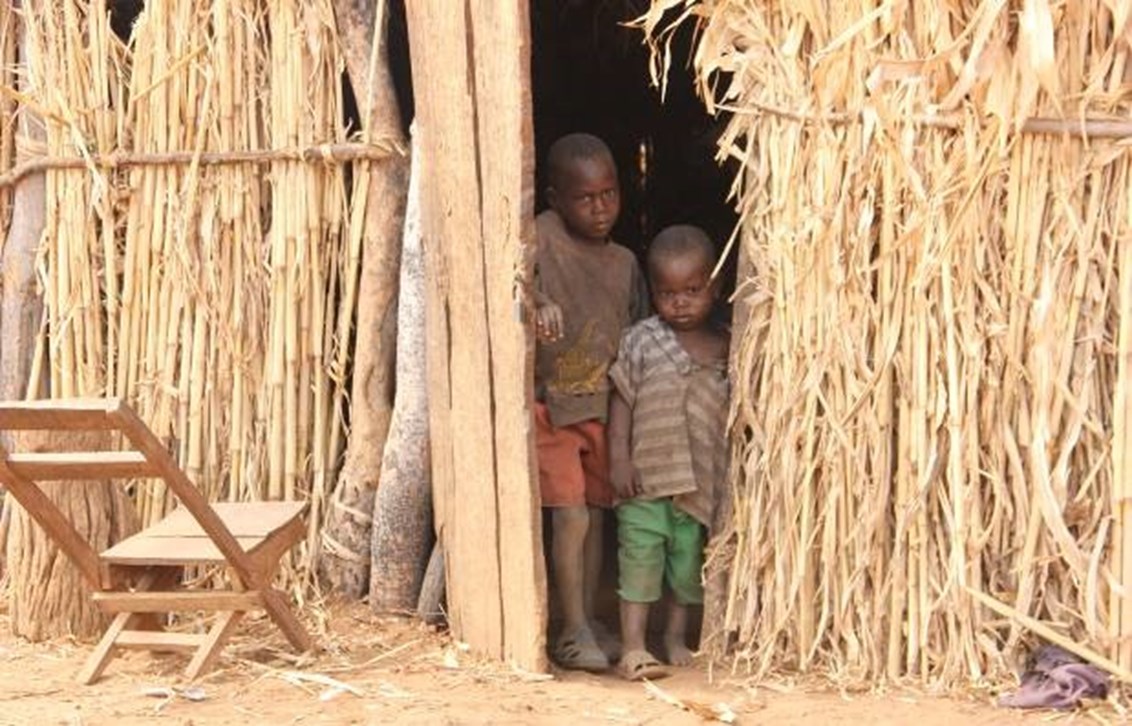 The family have been on the homestead stand for three months – Romeo hopes to improve his makeshift wood and thatch house in the coming year.