A small stop on the road to a Landmine Free 2025

In the first decade of this century, the Province of Otdar Meanchey in Cambodia was filling up with internal migrants looking for land to cultivate for their families. Around an area near the Thai border called Doun Soar, a few farmers started to build houses and cultivate the land - and made an unpleasant discovery - the surrounding area was heavily mined.

“I moved in 2007 because I had no land for farming in Banteay Meanchey,” said Moun Vy, a father of three children. “The mines mean I can only grow vegetables on a small plot. They make me fear for my children.”

In ten year the population of Odtdar Meanchey province increased by 270 per cent when the landless poor from other regions moved in as roads were built into the jungle. This population increase created land pressures in an area heavily mined during Cambodia’s long years of conflict. The mines around Doun Soar were laid both by the Khmer Rouge and by Vietnamese troops to defend one of their bases.

Doun Soar is located along a stretch of an old colonial French road. In 2010 the community consisted of two rows of thatched wooden houses that stretch along the road for two kilometers with small kitchen gardens in the front. Its inhabitants worked mainly in forestry - cutting bamboo to sell to traders or living away at work camps. Additionally, foraging in the forests, for such crops as potatoes, and manual labour provided the villagers with other sources of income.

At the time one day’s work in a forestry work camp in Thailand would pay 15000 riel (approx $3) a day and men would go away to work for a month or two at a time. But it was risky work. Often the logging companies would hold back their wages. If they got caught crossing the border by Cambodian soldiers, they would have to pay bribes to be released.

HALO first started mine clearance on the road to Doun Soar in 2006, and since then has cleared over 650 anti-personnel mines and 18 anti-tank mines, and unexploded ordnance. In total over 38 hectares of land and 19.5km of road was made safe. HALO also delivered mine risk education classes to hundreds of people.

The clearance of the road allowed the community to increase the amount of resources - such as bamboo and forest potatoes - that they could harvest from the surrounding forest. In all 79 mines were found around Moun Vy’s home. Once they were gone, he was able to plant a rice paddy as well as pumpkins, chillies and other vegetables.

“The HALO de-mining reduced the chance of accidents when my children were playing, when my wife is foraging and when I am travelling on the road by motorbike.”

In the years since HALO removed the mine the village of Doun Soar has been able to move on to a new level of development. The villagers got together and built a school. They dug a pond for fishing and irrigation. The cleared road was improved to give wet-season access to the village. Doun Soar is now a safe, thriving village connected to the rest of the country. 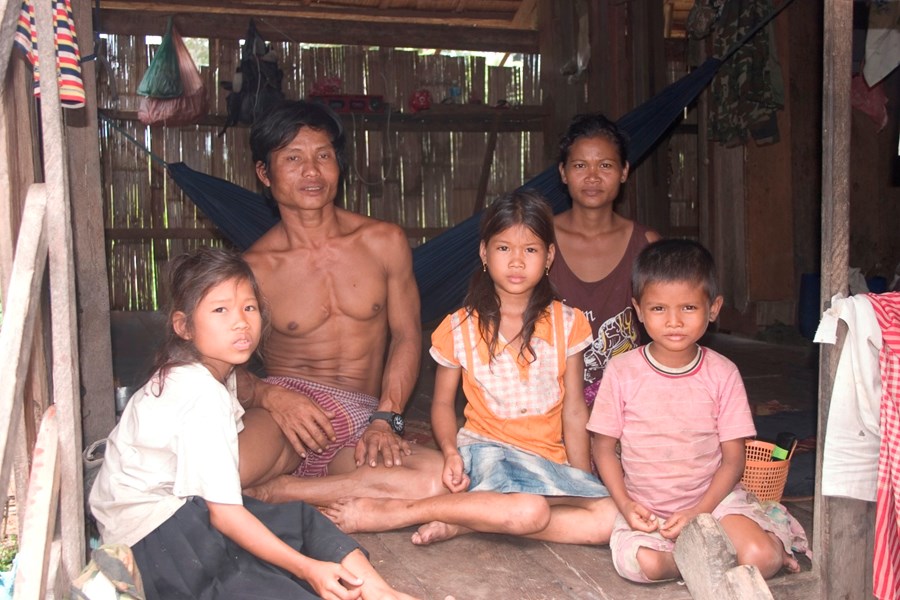