Haunted by Danger in Syria

"It was just like a nightmare: we found the six children laid down on the ground, whilst blood covered the rocks."

At just four years old Samer had already survived one nightmare—fleeing the fighting that raged in Syria's rural Ma'arrat an Nu'man region. His father, Aimen, thought he had found a safer place for Samer to call home—the Al Mansour camp for displaced families in Harim, northern Idleb.

Here, alongside their cousins, the family live in overcrowded tents. They survive by gathering garbage and leftovers from the surrounding landfill site. But despite the hardships, like all children, Samer loved to play with his cousins and friends. 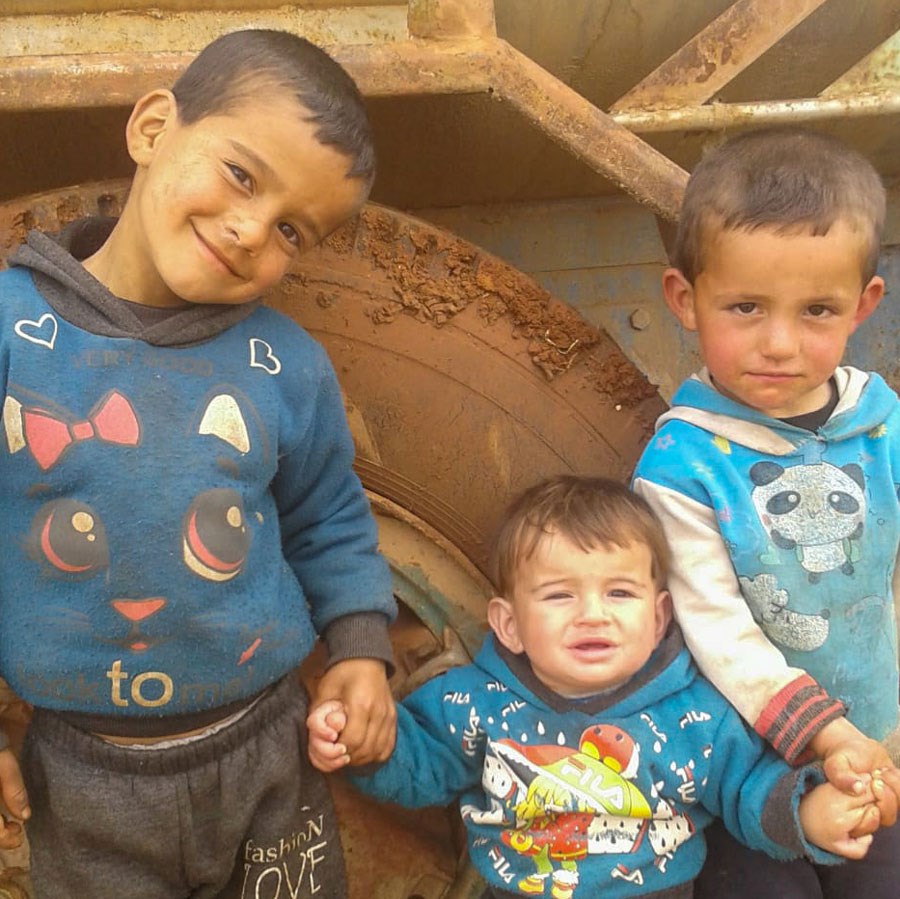 At the beginning of December Samer went out to play with five other children, including his two cousins, six year old Nisreen and eight year old Yasmine. They found an object that looked different to anything they had seen before. Curious, they started to bang it with a stone.

The children had picked up an explosive, one of the many lethal remnants of war left behind by Syria's decade-long conflict. The force of the blast rocked the camp. Aimen ran to the scene, finding his beautiful son lifeless on the ground. The other children had suffered serious injuries, Nisreen had fractures to her right leg and left arm. Yasmine was blinded in one eye.

“Danger is still haunting us even though we have fled far away.”

Sadly Samer's story is not unique. Over the past ten years, millions of Syrians have been displaced by the conflict that has destroyed their country and left it contaminated by dangerous debris. As families flee the fighting to try to find safer ground, the danger often increases. In unfamiliar settings people may be unaware of new hazards or, in desperation to survive, they are forced to take risks—sorting through scrap metal contaminated with explosives for anything of value.

HALO has been delivering risk education sessions in northwest Syria since 2016, teaching people how to stay safe from the explosives that litter fields and streets. In response to the increased risk to displaced families, we are focusing our work on displacement camps in Idleb district. HALO has also started the job of disposing of these dangers. Only through disposal, is the threat of explosives completely eliminated, allowing communities to live in safety.

Following the accident at the Al Mansour camp, HALO worked alongside other humanitarian organisations to organise medical care and psycho-social support for the injured children. To prevent further accidents our team visited the camp to deliver enhanced risk education.

Samer's story shows the acute need for HALO's work in Syria. Every child should have a safe place to call home. We need your support to make this a reality.