In one single location HALO has removed 520 booby-traps laid by ISIS during the battle for Baiji in Iraq.
"Daesh's ghosts are still here. Their crimes are still there, under the earth. We came back in March 2018 and found the area booby-trapped. There was nowhere we could feel safe. As the kids were playing, a bomb exploded under my six-year-old son who was outside the house. He was killed immediately."

Sitting on the road to Mosul, around 130 miles north of Baghdad on a bend in the Tigris river, Baiji is one of Iraq's most strategic cities. It is home to the country's largest oil refinery and a power plant that once supplied 30 per cent of Iraq's electricity.

Baiji's strategic importance meant that from 2014 onwards it was fought over and repeatedly occupied by ISIS fighters and the Iraqi military and its allies. Much of the city was destroyed in the fighting - leaving behind a huge legacy of pancaked buildings and conflict rubble contaminated by explosive debris.

Just as lethal are long barriers of improvised explosive devices (IEDs) guarding approaches to the city and the oil refinery. The HALO Trust has been clearing these IEDs using armoured mechanised equipment to speed up the process.

On one site alone, to the south west of the city outside an oil facility, HALO has removed 520 IEDs in the course of several months from an area of 45,000 sq metres. According to some reports, the Baiji oil complexes were a major source of ISIS's funding. 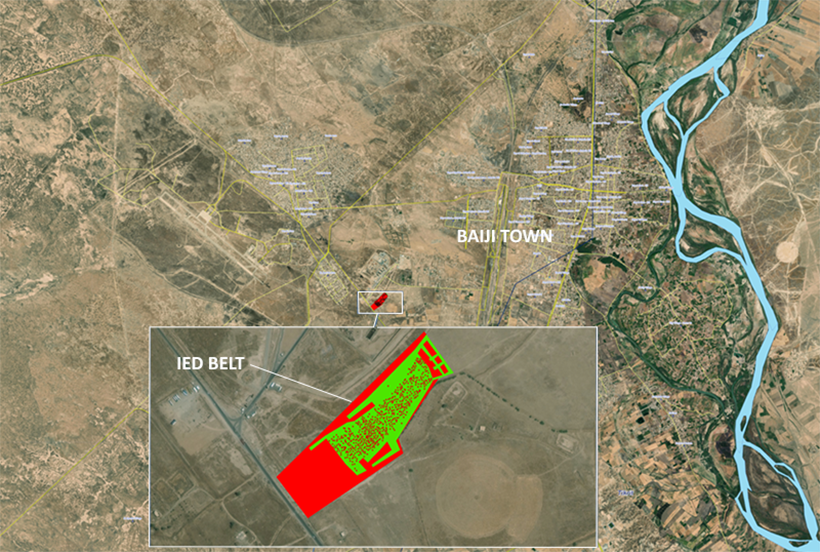 The IEDs operate just like home-made landmines. They are triggered by the victim standing on a pressure plate – usually two strips of metal – that make a connection with a battery to a detonator fixed to an explosive in a 20L plastic jerry can. The explosives are usually a mixture of ammonium nitrate and fuel oil.

ISIS prepared a protective ring of the 520 IEDs to protect the oil refinery of Al-Sinnya, south west of Baiji. The militant group occupied the area from 2014-16. The remnants of that conflict can still be seen on the buildings of Al-Noor Village next to the minefield.

"I feel a part of the HALO family the way you have worked in the community. Because of HALO our village has water. It is hard not to be able to use your own land, because of HALO I’ve seen that land be used again." 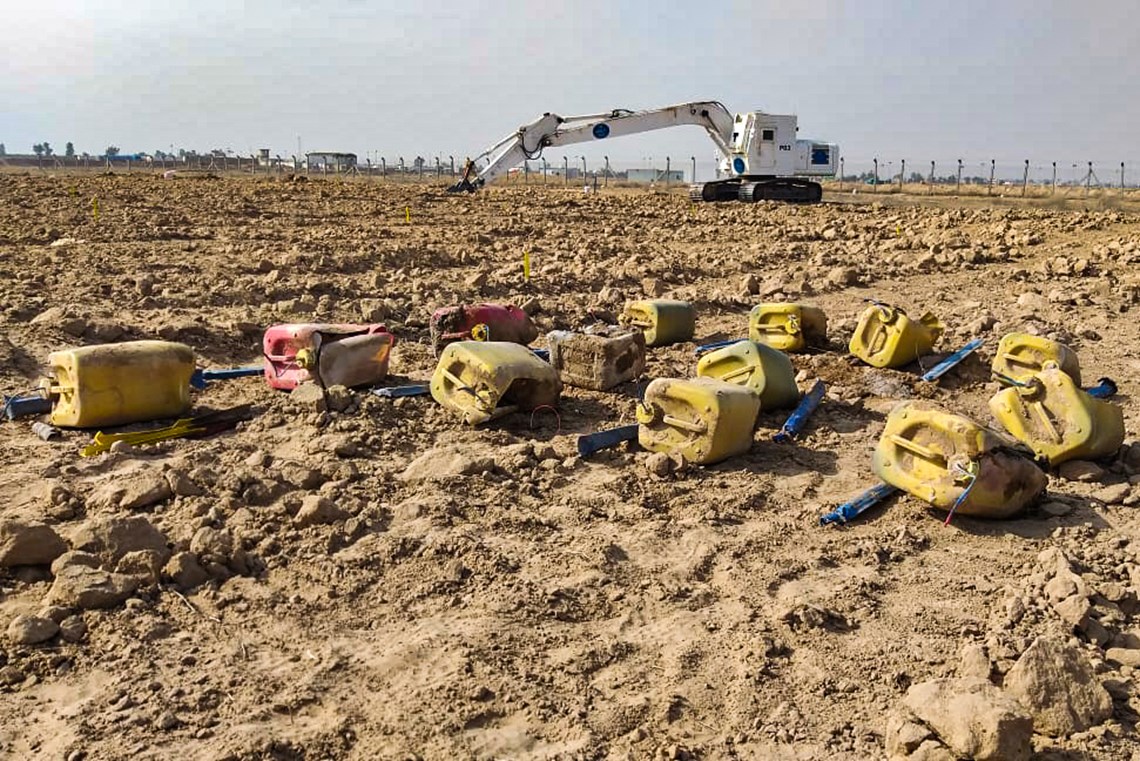 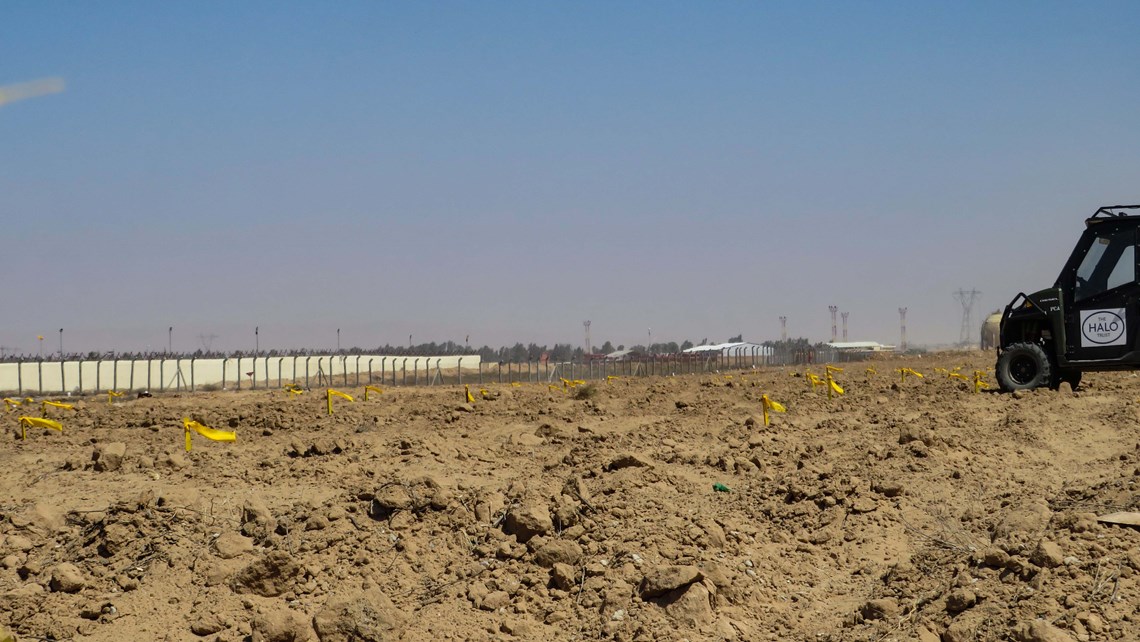 Yellow flags mark where each IED was found 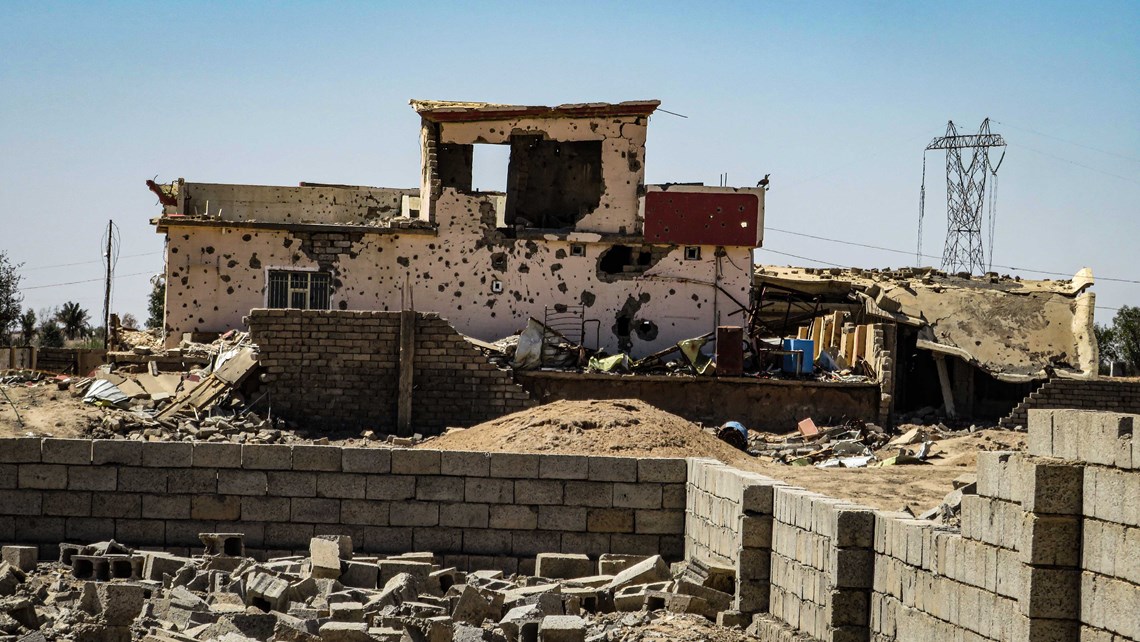 Battle-scarred homes near the minefield 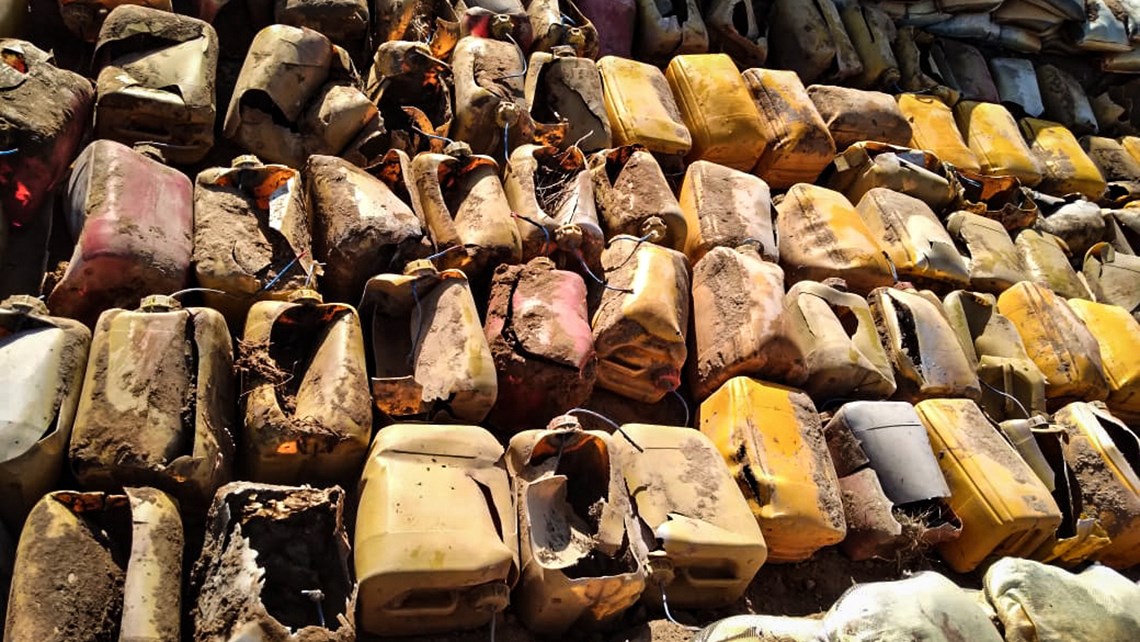 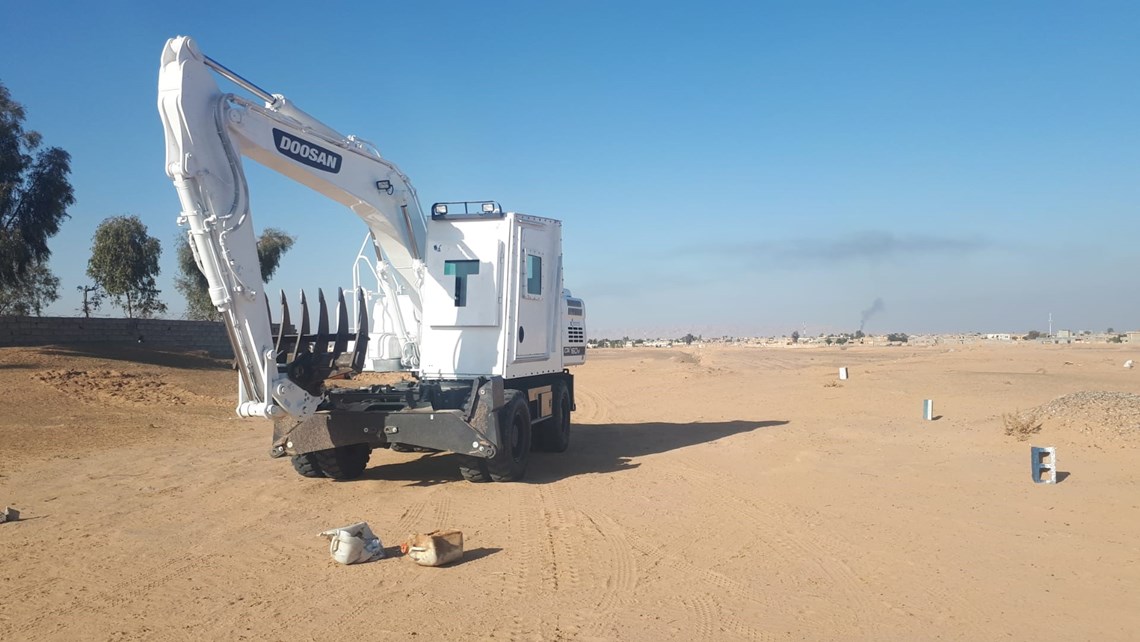 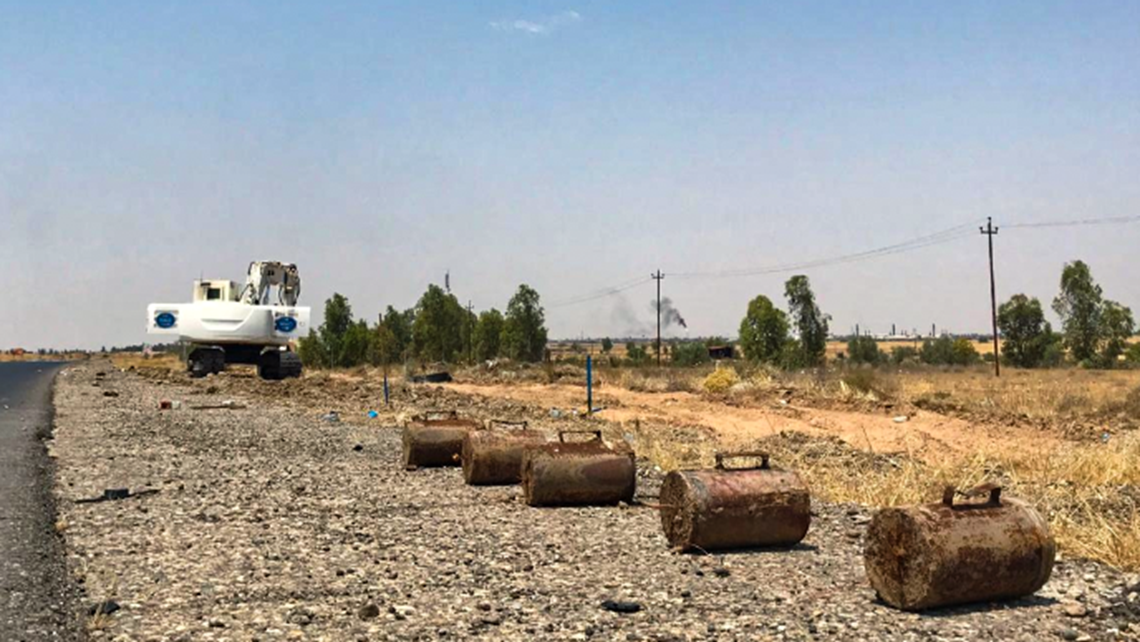