The splendid Armenian monastery of Gandzsar dates back to the 13th century and is considered to be Nagorno Karabakh's most significant cultural and historical building. Around 20,000 people visited the monastery in 2011, with numbers increasing year on year. The seat of the current Archbishop of Nagorno Karabakh, the monastery also contains the tombs of former bishops and local nobles.

Today there are seven inhabitants of the monastery: the priest, three junior priests, a candle seller, a gardner and a cook. Priest Father Grigor said:

People were frightened to visit their family graves because of the unexploded bombs in the area. Now the bombs have been destroyed, every guest can safely use the monastery and its lands. God bless HALO and the Julia Burke Foundation. 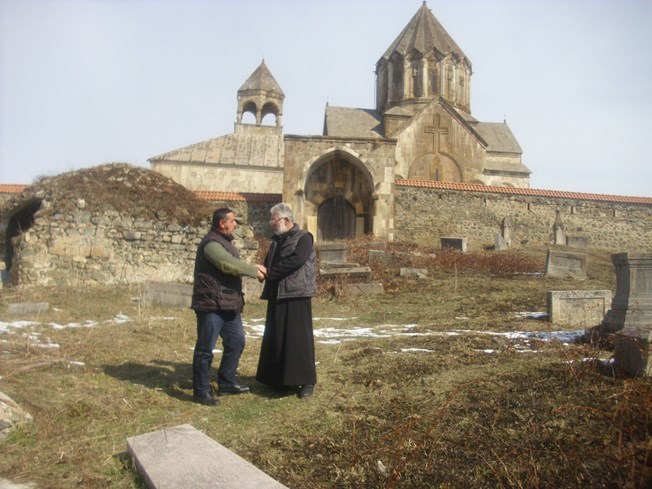 Gandzasar's priest, Father Grigor, thanks HALO's demining supervisor for the clearance conducted around the monastery. 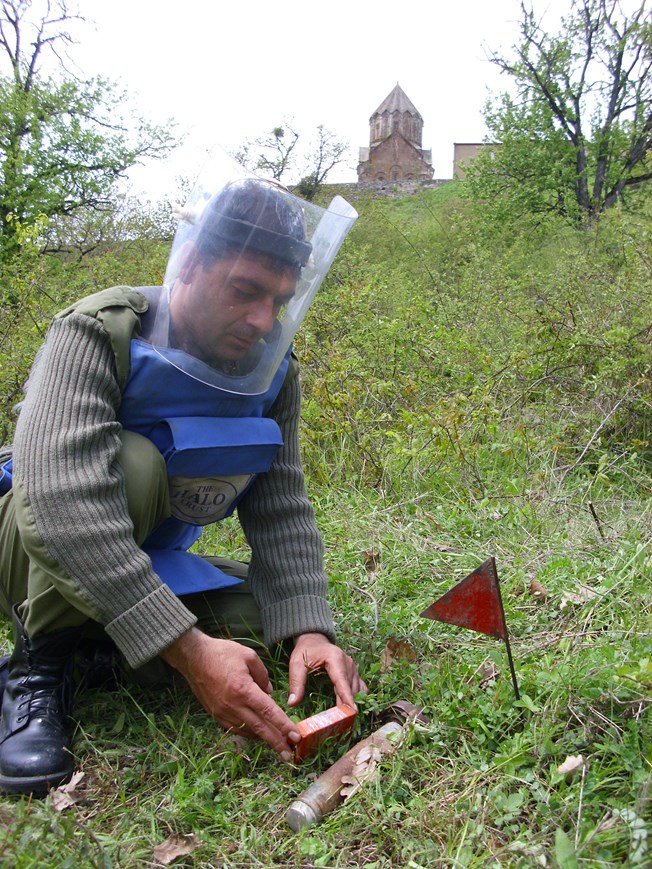 A HALO team leader conducts clearance of cluster munitions in the graveyard at Gandzasar.