The land in the southern Kosovan village of Landovica has witnessed many changes. Sinan Gashi recalls how his grandfather was forced to surrender his family plot, with no compensation, when the Yugoslav government demanded its use as a vineyard. The rows of raised earth and metal support remain to this day.

But the most deadly chapter in its history came in 1999 when NATO forces dropped cluster munitions on the area due to its occupation by the Yugoslav Army.

When the conflict ended in 1999, the land was returned to Sinan and other local families. Even though they knew that the land was strewn with submunitions, Sinan and fellow villagers had no choice but to cultivate the land, full in the knowledge they were dicing with death.

Thanks to funding from the Swiss Government, the threat finally ended when HALO conducted clearance of the area in 2015. Over a period spanning 11 months, HALO cleared 13.4 hectares of land, destroying 24 cluster munitions and 7 items of ordnance. Today ten families benefit directly from the clearance while the 600 pupils at the nearby village school can now walk and study there in safety.

Meanwhile, Sinan has swapped wine production for growing onions. Plans are now in place to cultivate the land in the exact spot where the cluster munitions struck. He plans to grow surplus wheat and other crops to sell at the local market, and looks forward to life finally lived in peace. 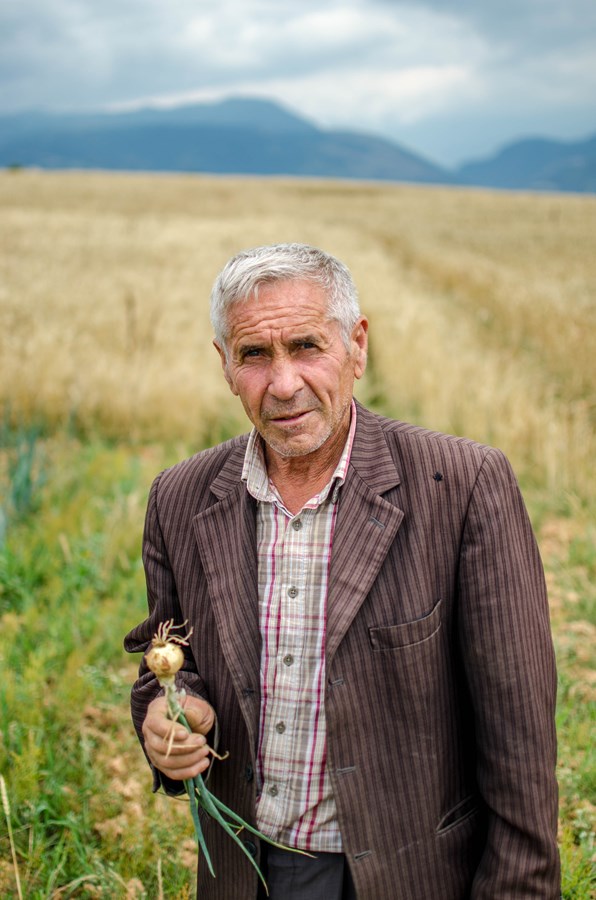 Sinan with an onion he grew on the field HALO cleared.