Imagine if your job meant you could transform life for your neighbours, friends and family. That’s exactly what Lame Onleaud has been doing in Laos.

In our programmes across the world, HALO recruits men and women directly from the villages and towns where we work, training and equipping them to clear the explosives and landmines that threaten lives and livelihoods. Lame Onleaud is from the village of Ponhai in Savannakhet Province, Laos. She began working for HALO in 2015 and, thanks to her dedication, today leads a team of 12 technicians, working together to destroy the unexploded bombs left behind by the heavy aerial attacks the country suffered during the Vietnam War.

In September, Lame’s work took her back to her own home village. In just 24 days, together with her team, she made safe an area the size of 15 basketball courts. They destroyed 33 explosives—mainly items known locally as ‘bombies,’ which could cause serious injury if accidentally detonated by the villagers. 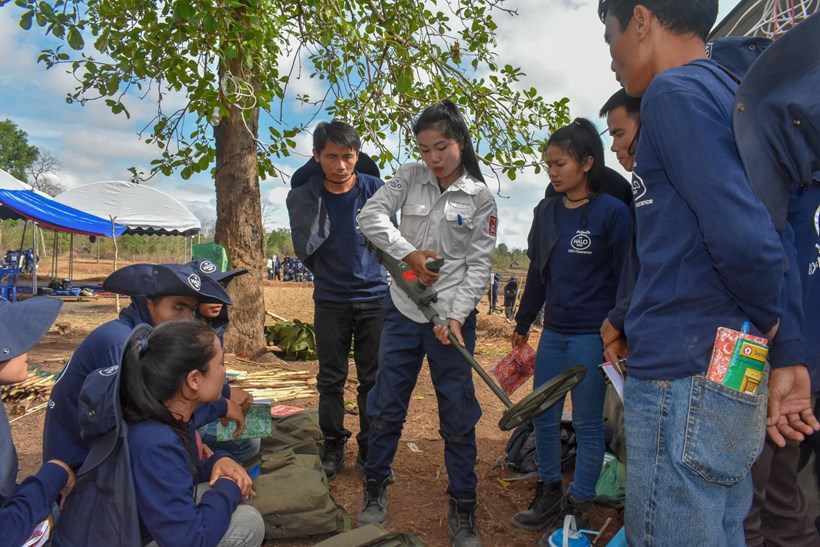 For Lame, making her home land safe held special significance. This is where she grew up and now lives with her husband and two (soon to become three!) children. Working for HALO has given Lame the opportunity to build a secure future for herself and her family in the village.

“I come from a poor family, but thanks to my work with HALO, my husband and I are able to build our own house, and raise our family.” 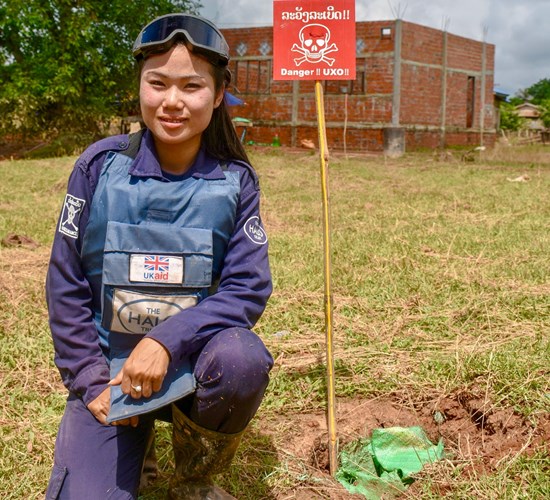 The UK Department for International Development has provided HALO Laos with funding for 250 additional technicians. Nearly 200 have already been recruited and Lame was selected as one of the trainers for the new employees—a role in which she excelled. Without a doubt, Lame has a bright future ahead of her at HALO, and thanks to UK Aid, she will be able to continue working to make Ponhai village a safe place for both her neighbours' and own children to grow up in.