Returning to the land
Families resettle on land cleared by HALO

“These families have waited 20 years to return.”

Conflict forces people to flee their homes, but even after the fighting has ended, landmines and unexploded remnants of war mean it is often too unsafe to return. During Sri Lanka’s Civil War, over 300,000 people were displaced. Since 2012, HALO has been working to clear the vast Muhamalai minefield so that the land can be made safe, families can resettle and communities rebuild their lives.

On 12th December, the Sri Lankan government officially handed back a portion of newly cleared Muhamalai minefield to the community. The sheer size of the land cleared is staggering: 256, 225 square meters, which is equivalent to 36 football pitches or 25 American city blocks! From this area alone, HALO removed 5,322 mines. The land will become home to 24 families over the coming months and many of them attended the handover ceremony. This is what it means to return to the land: 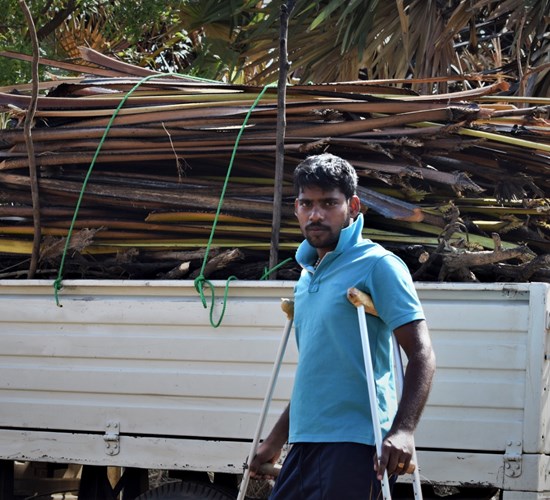 Nilojan was only ten years old when, along with his parents and siblings, he was forced to leave his home due to the civil war. That was 17 years ago. He still remembers his house and the community he once belonged to. “I remember being surrounded by relatives. We all lived in this area, and we would share our vegetables with each other.” Now he has the chance to put down roots and become part of a new community. 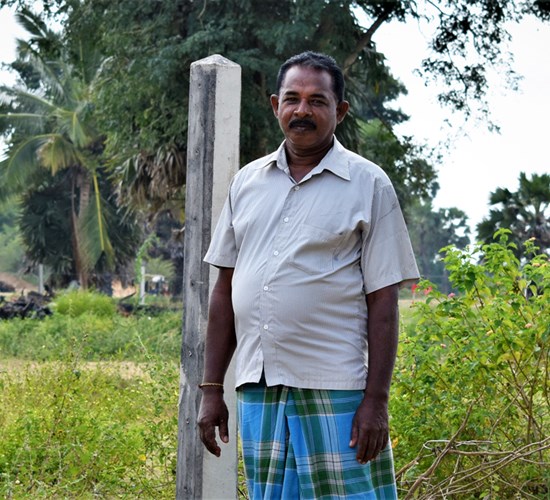 Rasaratinam is also returning to the land and is already looking to the future: “This is just the beginning. Right now, the land is covered in bushes, but within a year’s time it will look very different.” Resettlement means the legacy of the war can be left behind and thoughts can turn to fresh opportunities. 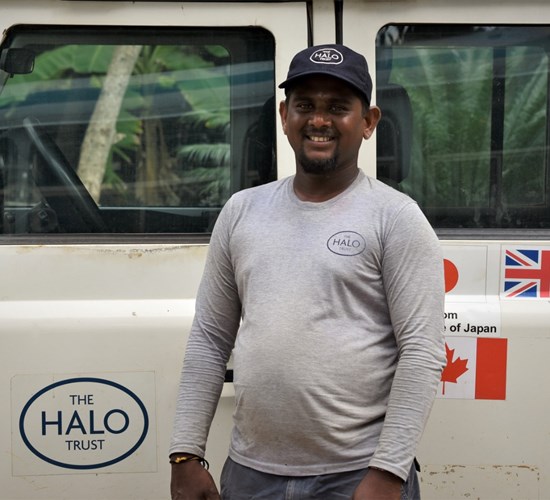 Karunakuran works for HALO as a deminer and understands first-hand what it means to be able to return home. “I was able to clear my own land while working for HALO. My family was only displaced for one year, but these families have been waiting twenty years to return. It makes me feel proud to see that the difficult work of manual demining over many years has brought these families back home.”

This is the fifth section of the Muhamalai minefield to be returned to the community and is a symbolic milestone for the people of Sri Lanka. Muhamalai represents the last mined area allocated for resettlement in Kilinochchi District. For families who have been displaced, sometimes for decades, it is a time for new beginnings.