Without the support of the Government of the United States, The HALO Trust in Colombia would not have had the impact that it’s had since 2013. Since HALO’s establishment in Colombia, the US Government has continuously supported humanitarian demining work, including risk education and survey work, and has become key in ensuring safety for local people who live among landmines.

The US Government is funding clearance operations in 13 municipalities across Colombia, in the Departments of Antioquia, Cauca, Meta, Norte de Santander, and Valle del Cauca.

The threat from mines is felt not just by individual communities, it is felt on a national level. Many communities across the country have gradually been able to regain their peace of mind and improve their quality of life. Landscapes that, prior to clearance work, were off limits are now being brought back into productive use.

Juan Nemopuceno Gómez, a native of Antioquia, the department with the highest number of anti-personnel mine victims, is one individual who has felt the impact of clearance in his community. In 2008, while he was doing agricultural work, his 10-year old grandson who was with him, stepped on an anti-personnel mine. 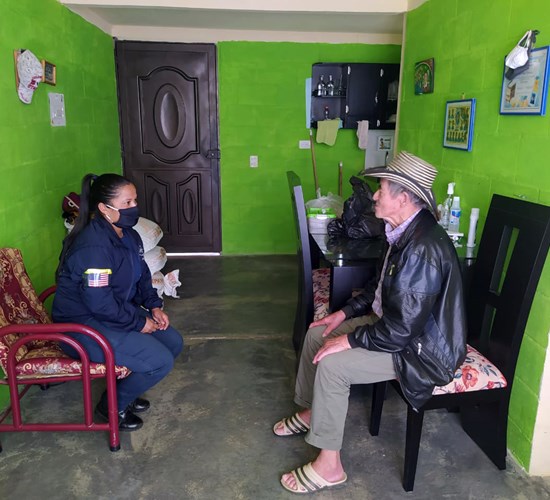 “When I saw my grandson crying and covered in blood, I thought he had been shot with a rifle. At that point we still hadn't realized it was a mine."

US support has allowed HALO to deploy non-technical survey teams who have identified a number of areas for clearance for the coming months and years; one of these areas is where Juan’s grandson almost lost his life.  At 86 years of age, Juan is celebrating HALO’s work and hopes to return to the area that he has been avoiding for more than 12 years out of fear.

"I'm very happy that they are going to clear that land because I am afraid to go there. Since the accident happened I have not gone back…. Once the clearance is complete, my family will use the land for foraging and grazing livestock”.

The impact of employment

It’s not just the beneficiaries of clearance and survey work who feel the impact of HALO’s existence in Colombia. Members of HALO’s 400 strong team state that working with HALO has been life-changing for them. One member of staff who has felt this is Paola.

"I really like what I do, and the job stability that I’ve had is great.”

Paola was born in the municipality of Uribe, in the department of Meta, during the conflict. Her childhood was incredibly difficult and she suffered the consequences of the conflict between armed groups directly. She was often unable to go to school because of the frequent skirmishes between fighters. The situation was hard to overcome, even after the peace deal in Colombia, getting a job was not easy. It was only in 2017 when HALO started work in Paola’s municipality which has allowed her to improve her quality of life. 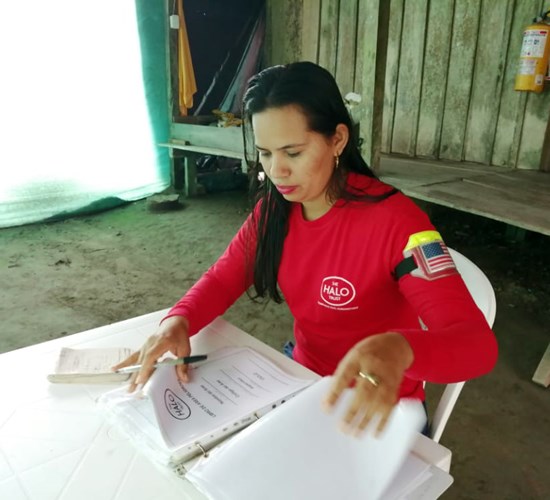 In addition to her full-time work with HALO, and being a mother, she has also managed to study and has fulfilled her dream of qualifying as a nursing assistant.

Despite HALO’s work in the country, Colombia has the globe’s second highest number of anti-personnel mine victims. A total of 11,892 people have fallen victims to landmines and other explosive ordnance by living close to contaminated land. A total of 9,581 people are survivors, and 2,311 people lost their lives – that’s a total of 11,892 families and communities all negatively impacted by as issue that continues to affect the Colombian nation. Pedro Pablo Gelvez is one of the survivors.

Pedro is from Norte de Santander where HALO began operations in January 2020 thanks to the funding by the US Government for HALO survey teams. In 1997 Pedro Pablo's life changed forever. He says:

"We were collecting wood and we stopped for lunch. I remember seeing something on the ground that caught my attention and I picked it up. I pulled at a ring as I thought it was a battery and at that moment it exploded".

Pedro Pablo sustained injuries to the left side of his body – he lost his left hand, his left eye, and his hearing and abdomen were also affected. Today, years after his accident, he is still adapting life without a limb, to work and support his family, but celebrates the arrival of HALO in his municipality. He says he has learned safe behaviors through risk education classes and that demining work is beneficial for his children and his community – it helps to prevent further accidents like his.

For Fausto Osorio, humanitarian demining has had a huge impact on his life. He explains: 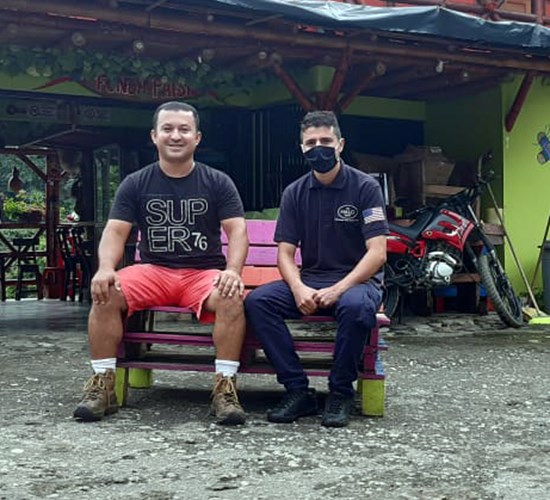 "In 2016, the municipality of Nariño was still stigmatized as the ‘land of the guerrillas’ and it was very difficult to change that mentality for tourists. But after the peace process took place and HALO cleared the landmines, things improved”.

Today, Fausto is dedicated to promoting tourism in his region. This is why, for him, humanitarian demining, has been fundamental in developing his profession.

“I think that HALO has made a very valuable contribution to our community but also our region because landmines are a huge obstacle, not only for the farmers working the land but also for the public forces as well as for the tourists…After HALO cleared the mines, the region was reborn. We currently sell Nariño as ‘the paradise hidden by the war”.

This is the kind of change that HALO will be measuring as part of the project aimed at understanding the socio-economic impact of landmine clearance.

To date, over 67,000 square meters have been cleared and are now free of suspicion of anti-personnel mines and other explosive ordnance.

The Government of the United States is helping to change the lives of Colombians affected by the legacy of the conflict, by anti-personnel mines and by the explosive ordnance that have affected them physically, psychologically, and economically. Today, thanks to the support of HALO's operations in the country, these communities have the opportunity to enjoy a more prosperous future.