How do you provide enough food for thirteen people – six of them children – in rural Laos? Furthermore, how do you ensure that there is enough food not just for this week, but the months and years ahead?

For Mr Gouani of Nalouang Village in Savvannakhet Province and thousands of other families who rely on subsistence farming, the answer lies in maximising their resources for the greatest yield. In Mr Gouani's case, he uses his three hectares of land to cultivate paddy field rice, which produces 450kg of rice a year. He then supplements this with vegetables from his garden and occasionally meat from his herd of poultry, buffalo and pigs. Mr Gouani has also invested in a fish pond, for which he paid several months’ income to stock it with fish. But managing the land in this way provides only a very basic level of food security. Should a relative fall ill, footing the medical bill might mean selling several chickens or weeks of casual labour.

As with most rural communities in Laos, Mr Gouani's daily life is blighted by the presence of unexploded ordnance (UXO) a lethal legacy of a conflict which lasted approximately 10 years. He recently reported five items of UXO which he discovered when grazing his buffalo and which have inadvertently caused explosions when he was burning land to prepare for cultivation. But Mr Gouani's greatest fear is that one of his children will accidentally detonate a sub-surface munition during the rice planting season.

I just want to farm without fear.

Thanks to funding from the UK’s Department for International Development (DFID), the HALO Trust has been able to survey the land surrounding Mr Gouani's village and begin clearing the areas contaminated with UXO. Once the land is surveyed and cleared, the Gouani family will be able to expand their current cultivation plot into formerly contaminated zones. An extra hectare of safe land could potentially produce a further 150 kg of rice for the Gouani family, providing both additional nutrition and peace of mind. 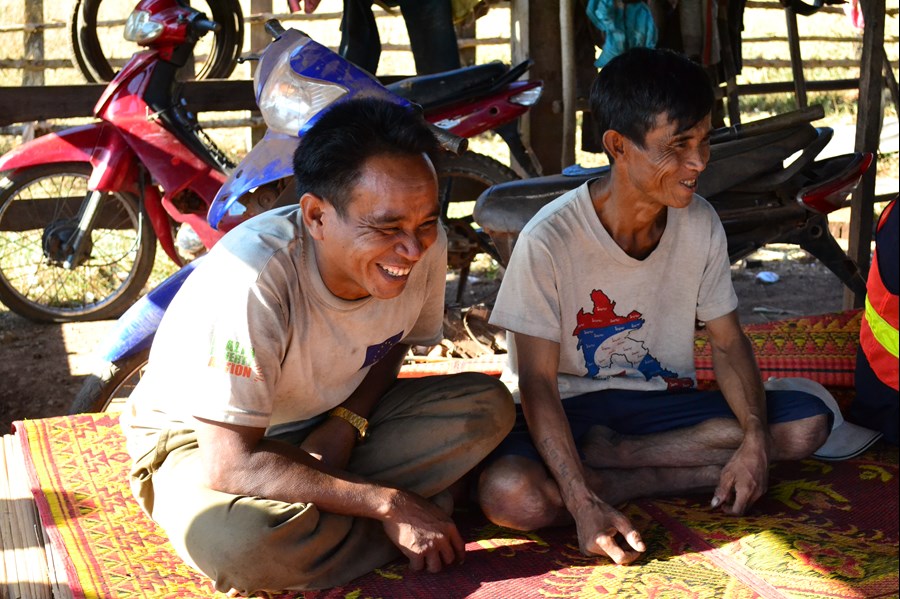 The Village Chief and Mr. Gouani from Nalouang Village. The work of DFID funded teams in Nalouang will bring livelihood opportunities to the villagers and remove the threat posed by UXO. 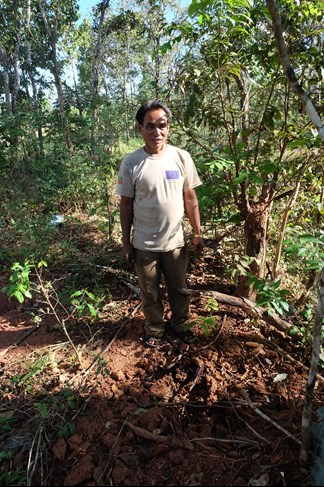 Mr. Gouani shows where HALO destroyed one of the five
BLU26 found on the land he plans to turn into a productive
paddy field.