28th September 2020 | Zimbabwe
"The borehole is a beautiful dream come true. Before, we always had to walk at least 3km for water. The new borehole is 400m from my house, I can now leave my pot on the fire whilst I go to fetch water and not worry about it getting burnt, I love it!”

We all need clean water to survive. To drink, to grow food, to wash and to help prevent the spread of the COVID-19 pandemic. But for families living in remote villages in Zimbabwe, easily accessible clean water is something many have only dreamed of for years.

With funding from The German Government and in partnership with The German Embassy in Harare, HALO has undertaken a project to drill six new boreholes across Rushinga District in the north east of the country, bringing clean water to rural villages for the very first time.

As part of the project, tippy taps and soap are being distributed to each family, with HALO's community outreach teams teaching how to set them up, alongside basic good hygiene practices. The tippy taps allow water to be dispensed without the need to touch the stand with the hands, helping to prevent the spread of bacteria and disease, such as COVID-19. The tippy tap was first invented in Chiweshe, Zimbabwe, by Dr. Jim Watt and Jackson Masawi and was called the 'Mukombe.' 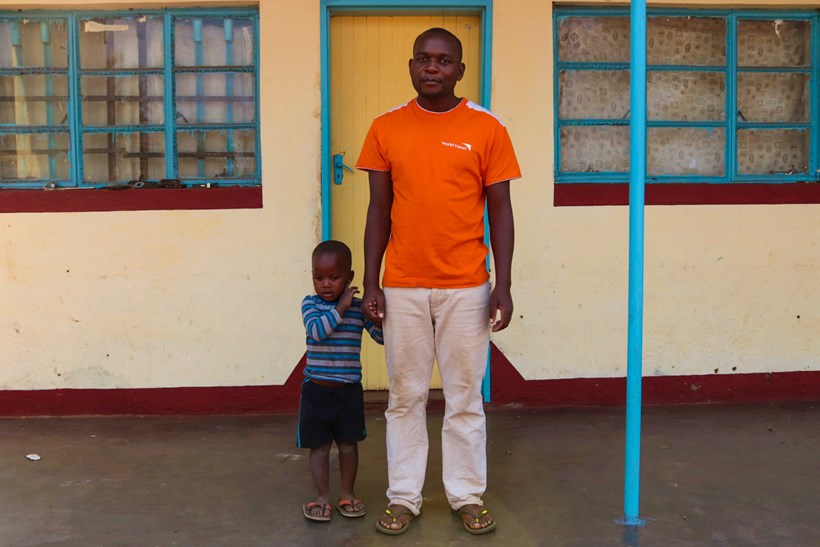 Shingirai Mupotsa is passionate about the success of his pupils. He is headteacher at Mukosa Primary school and acting head at the high school which is currently being built. But amidst the joy of teaching and seeing his pupils succeed, he was faced by the daily struggle of accessing clean water for the schools.

With the nearest borehole 2 kilometres away, students had to bring water from home, making it very difficult to maintain proper hygiene. To help fund the schools, Mr Mupotsa and his pupils run goat, poultry and orchard projects which rely heavily on water. However, the local borehole has to support the whole village, which meant that often there wasn't enough for the project.

Thanks to HALO Zimbabwe's borehole project, a new water source has been drilled just 100 metres from the primary school. For Shingirai this is 'manna from Heaven." There is now enough water for the school's projects, generating vital income for stationery, food, repairs and transport. The building of the high school has been fast-tracked as the additional water has allowed 40,000 new bricks to be moulded. Once the pupils return to school, they will no longer have to bring water from home and maintaining good COVID-19 hygiene practices will finally be possible. 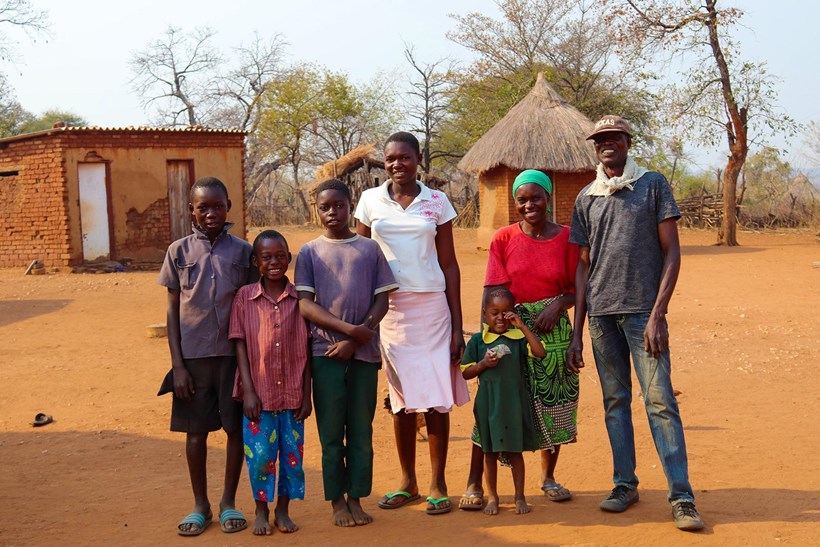 Tracey Hangayango is 43 years old and has lived in Katyokera village her entire life. She recalls never having access to a clean water source that was less than 3 kilometres away. With her family of seven she needs a minimum of 140 litres a day but can only carry 30 litres per trip. That's five long trips every single day, just to collect enough water to survive. Fearful of the snakes commonly found along the route, Tracey was hesitant to send her children for water, meaning the burden fell largely on her.

She describes the installation of the borehole in the village by HALO as 'a beautiful dream come true." The new borehole is just 400 metres from Tracey's house.

“I can now leave my pot on the fire whilst I go to fetch water and not worry about it getting burnt, I love it!”

With less time spent collecting water, the family can spend more time together. They are also eating more nutritious food as they can afford to grow and maintain a little garden thanks to the water being close by.

The family's cattle are becoming healthier as they can drink fresh water from an accessible trough at the side of the borehole. Meanwhile, Tracey is happy that she can support the elderly and differently-abled in her village by fetching and storing water for them—a gesture that was almost impossible when the borehole was so far away. 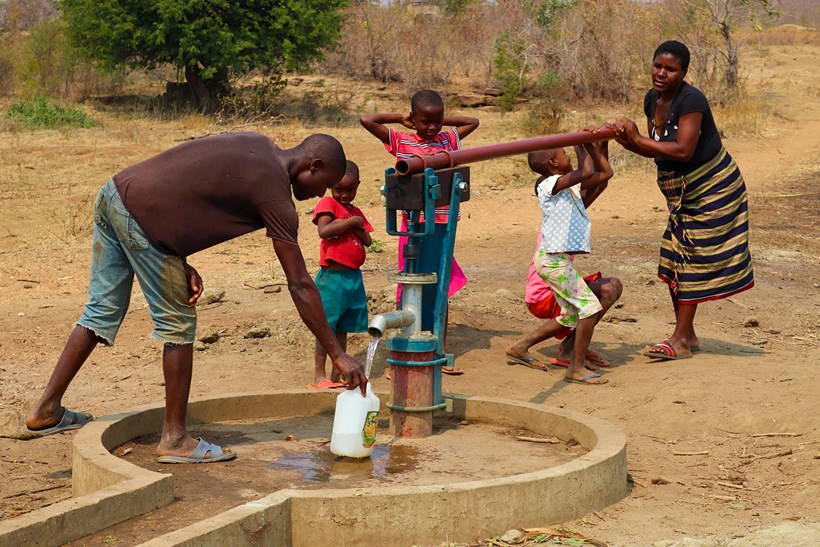 Tariro Tokora describes her family as 'the originals' when asked how long they have been living in Jongwe village. The whole community takes great pride in adhering to the principle of 'mushandira pamwe,' translated as 'working together.' But the one thing that they have been unable to change, until now, is the difficulty accessing clean water.

The closest water source is muddy and not safe for drinking or washing, so every day Tariro had to make a 10 kilometres round trip to the nearest borehole. Pregnant with her third child, and with her husband busy at work, she was often unable to carry sufficient water to meet their needs.

For Tariro, the new borehole, located just 100 metres from her homestead, is transformational. "It makes it very easy for a two-in-one like me" Tariro says—jokingly referring to herself and her unborn child. The borehole means the family has enough water for drinking and washing, even during the hot season and Tariro is very happy that her family can now adhere to the COVID-19 prevention measure of regular hand washing. 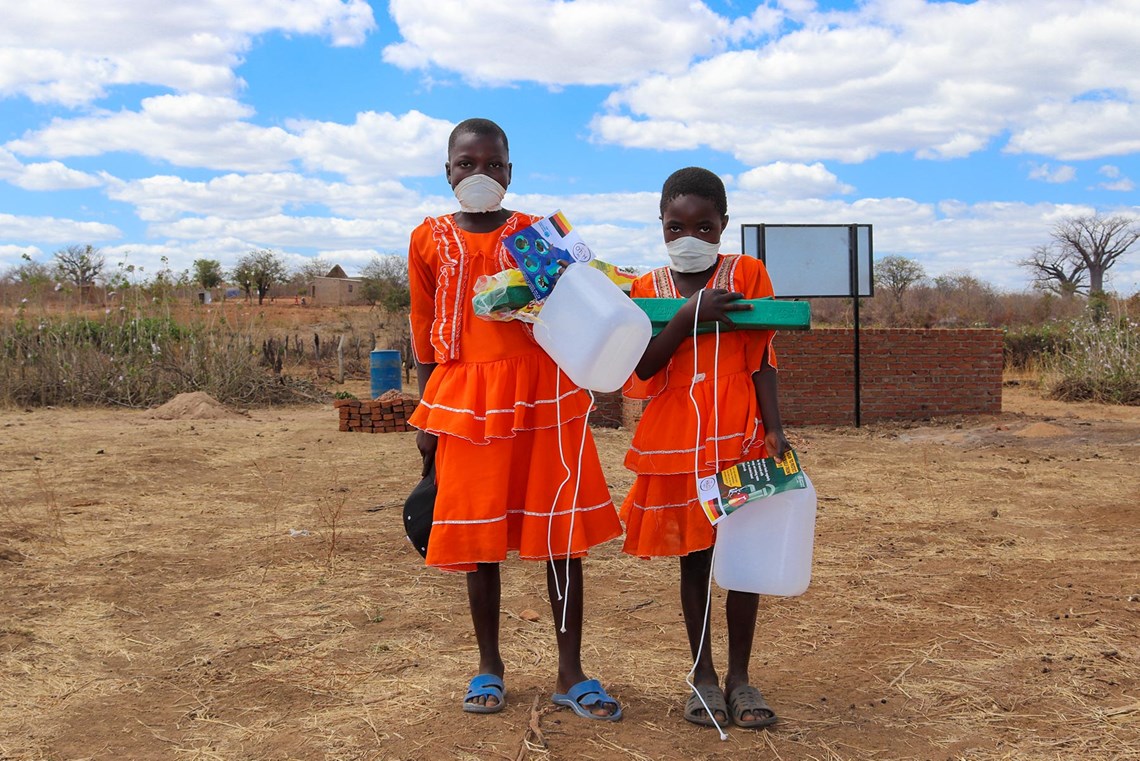 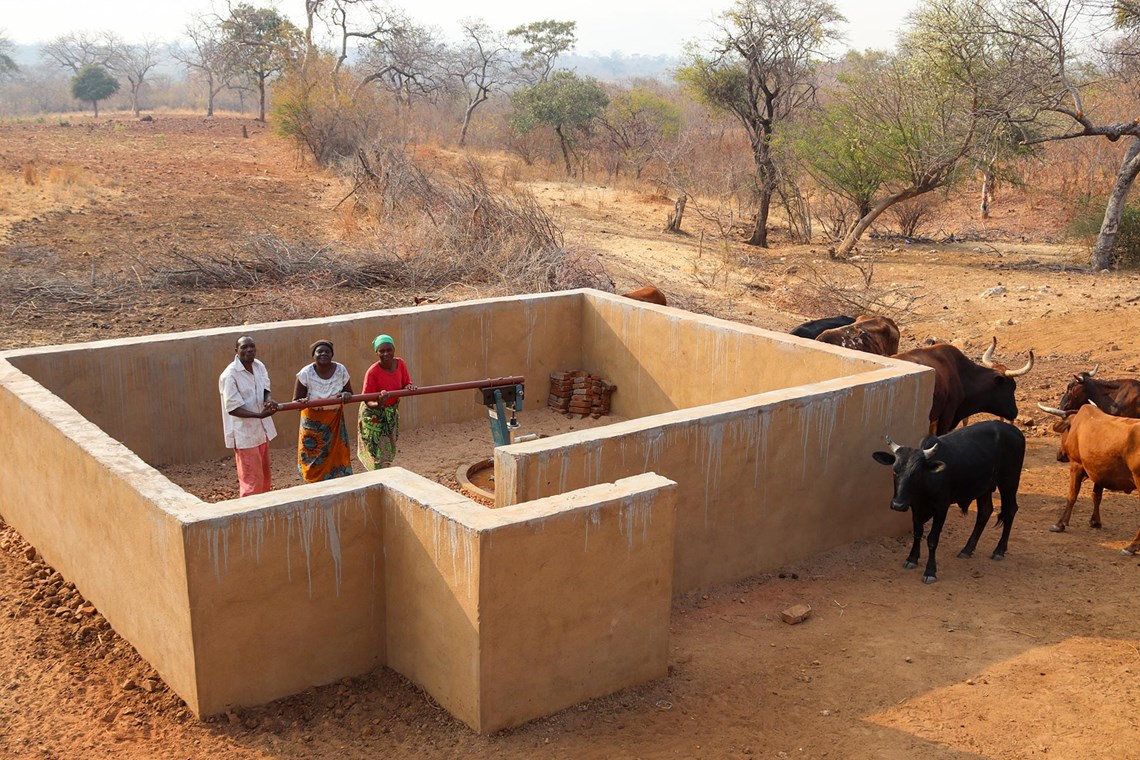 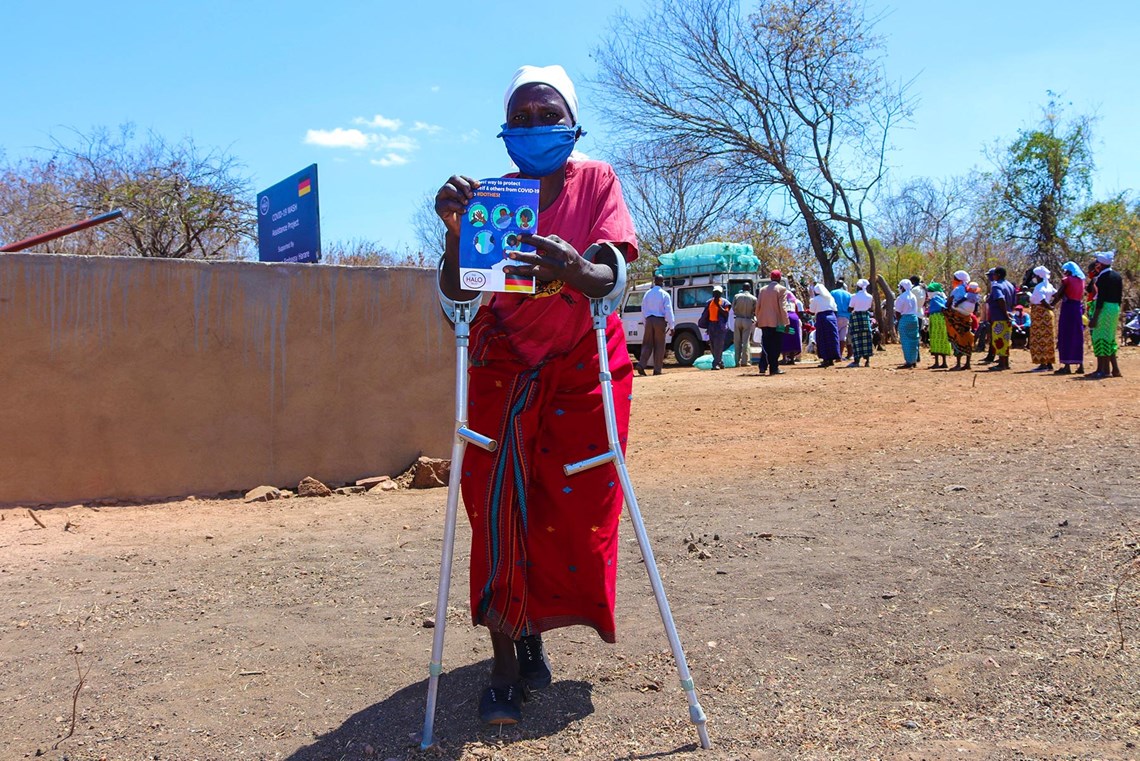 My disability and age no longer prevent me from fetching water 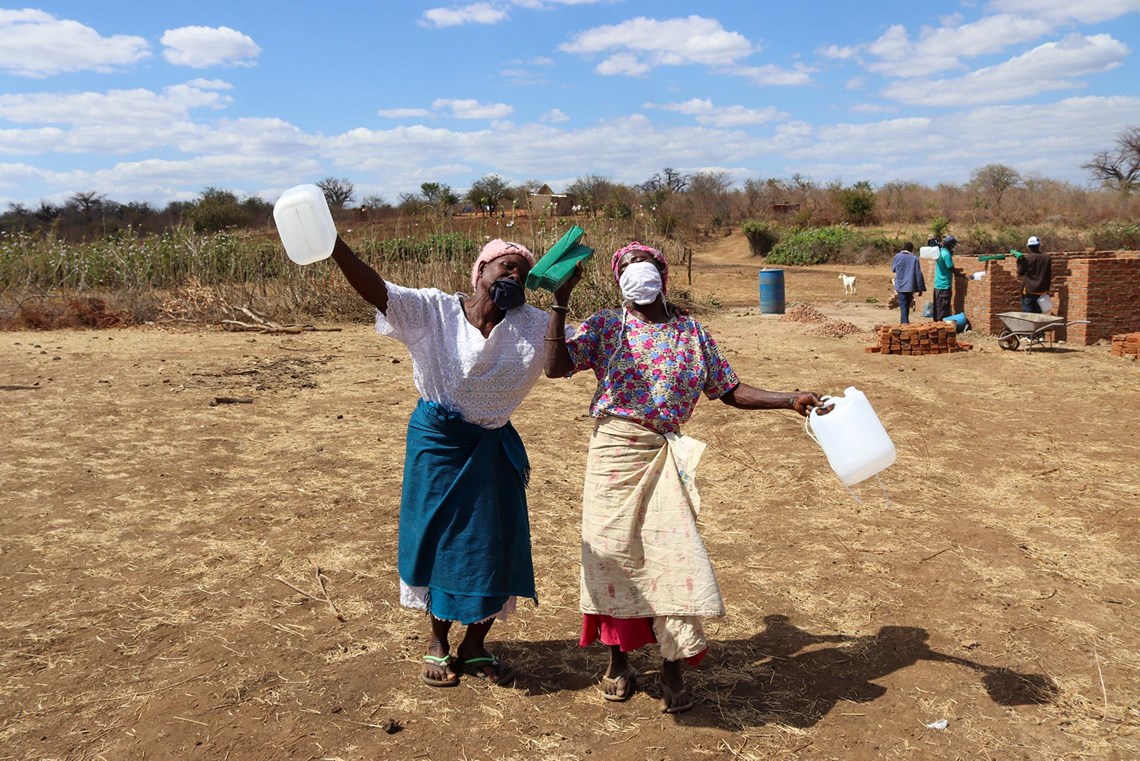 Residents of Jongwe village do a dance for the tippy taps 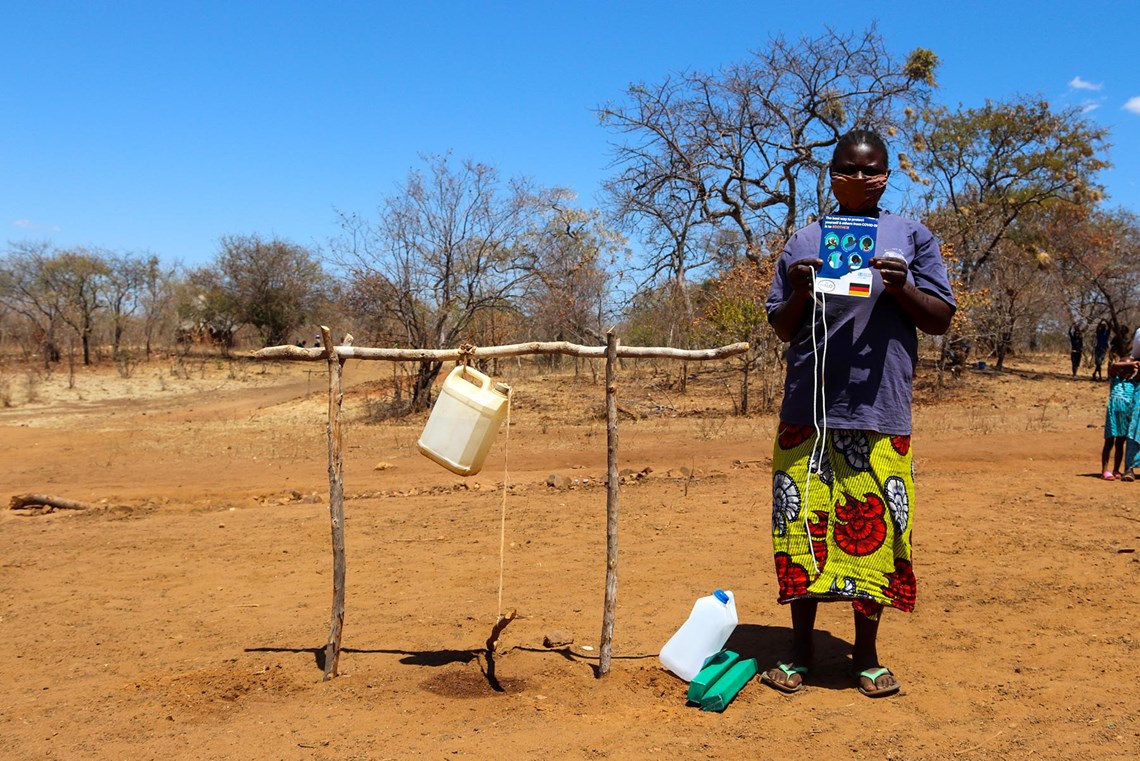 A tippy tap is set up in Katyokera village 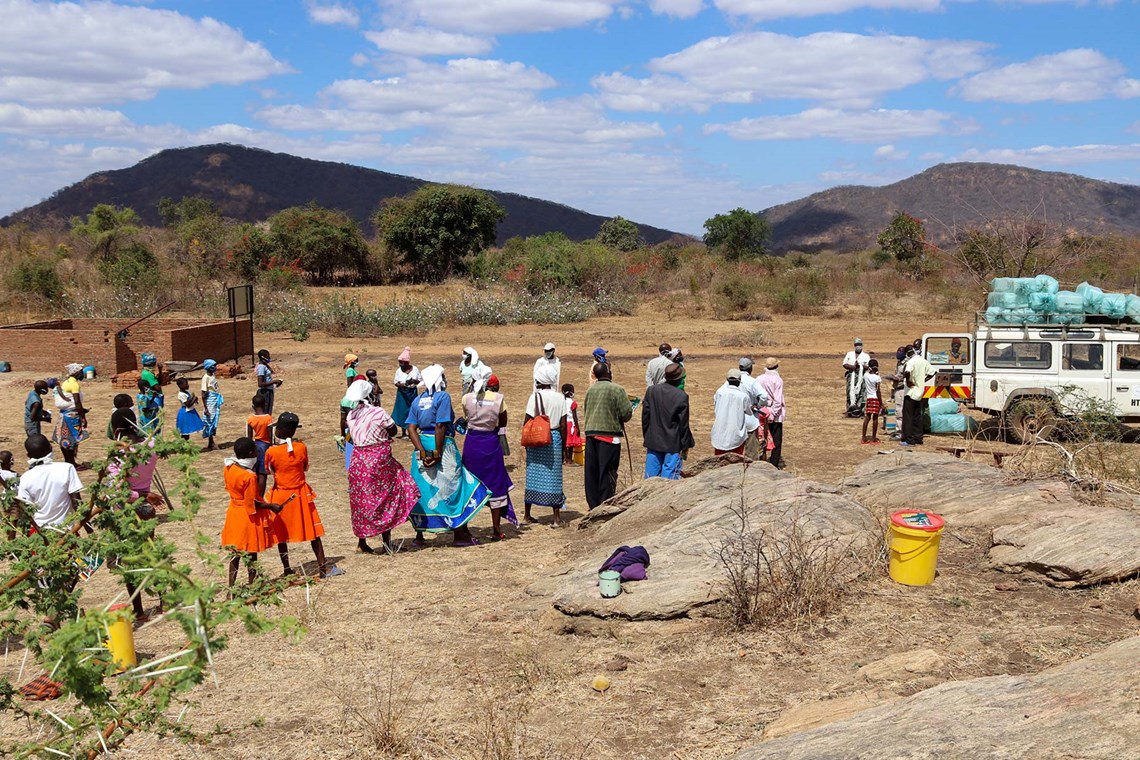 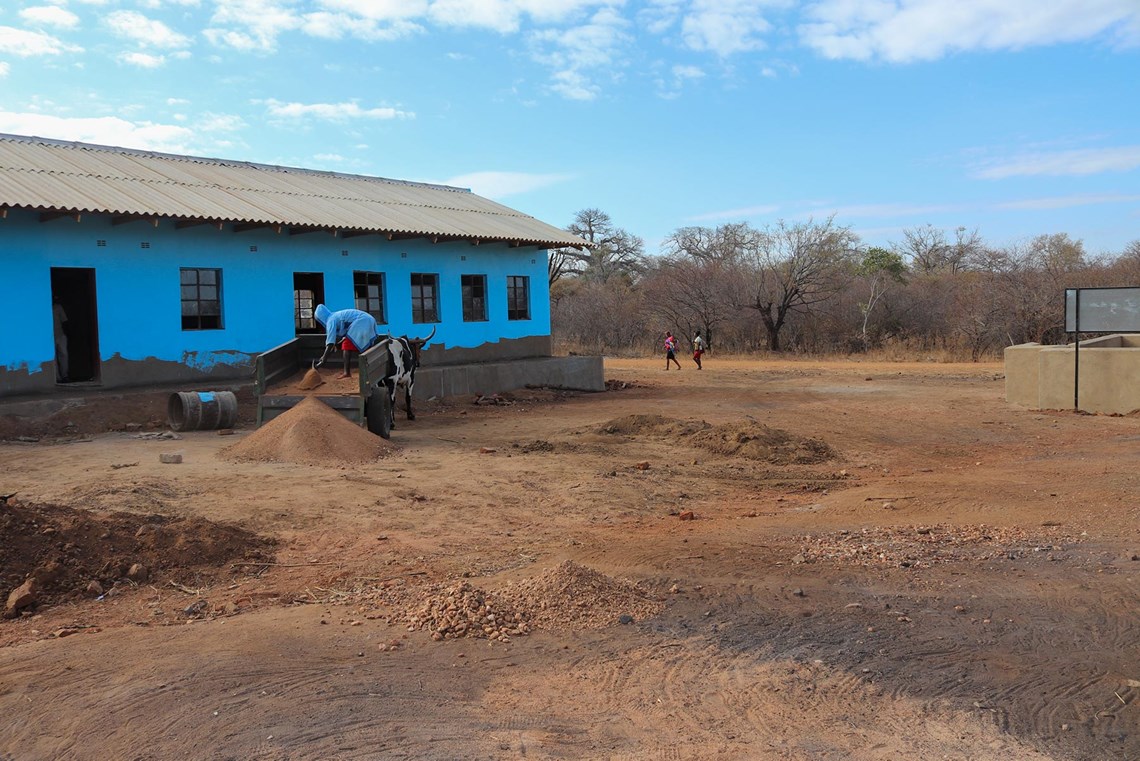 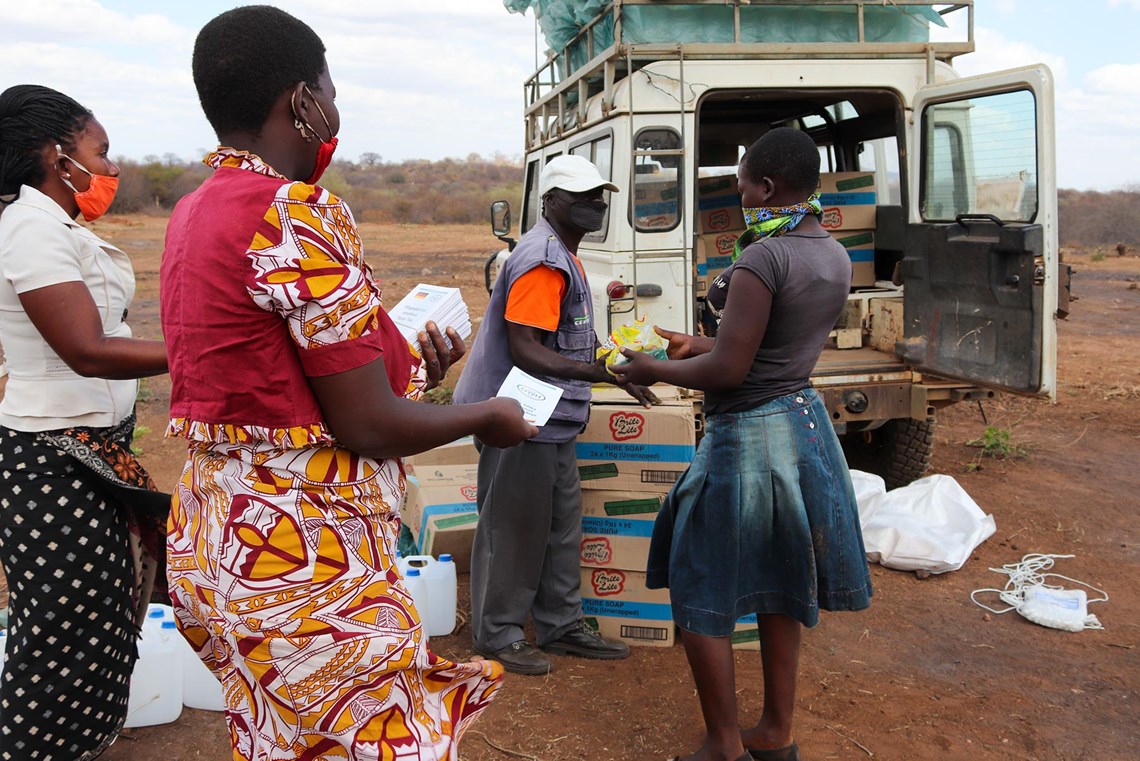 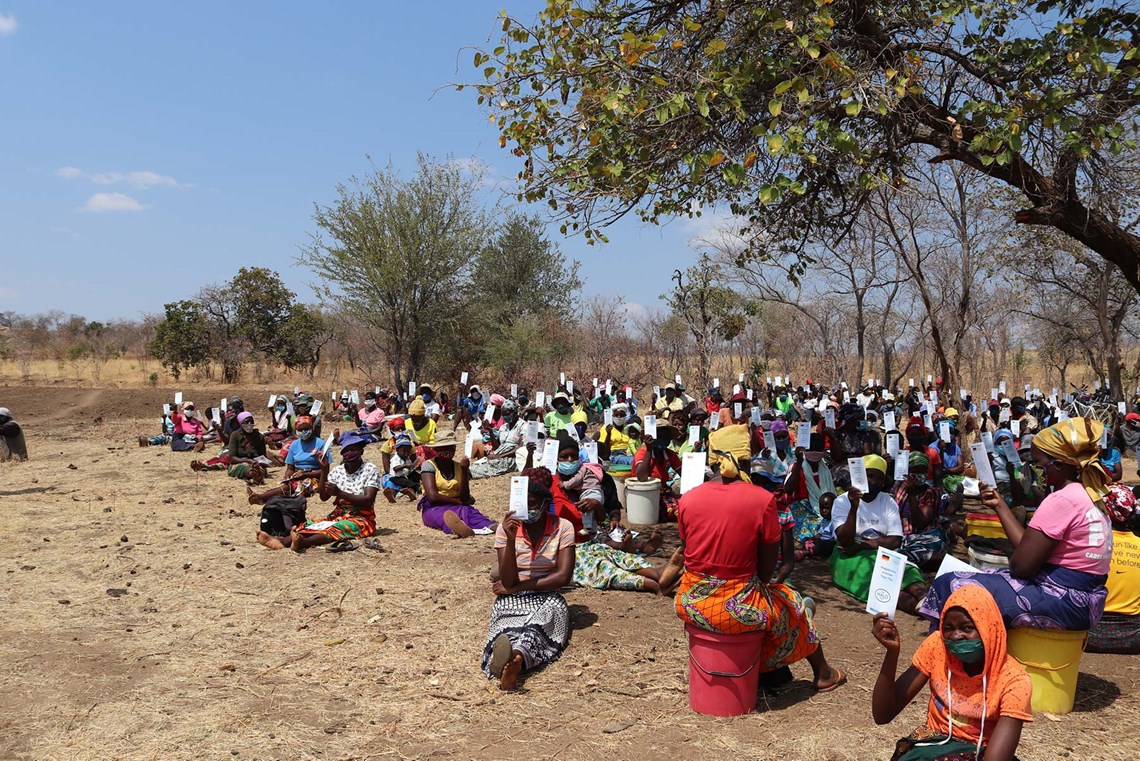