When A Child's Game Turns Deadly

In Nagorno Karabakh, the legacy of war means a simple child's game can have terrifying consequences.

One evening in September, Sofia Badalyan was in her kitchen in the village of Norashen baking bread to feed her six children and husband, Edvard. Outside her ten-year-old son, Armen, was playing with his younger brother David—they had discovered a pile of rocks and were happily smashing them together. Suddenly Sofia heard a huge explosion, followed by the screams of her children. She ran outside and saw Armen on the ground, covered in rubble. The boys had accidentally hit an explosive, hidden amongst the rocks they were playing with.

The family rushed Armen to hospital in Stepanakert. He had suffered injuries across his body, including to his chest. The village mayor contacted HALO who immediately travelled to Norashen to survey the area. HALO’s team was able to establish that a tractor moving rocks for a new road construction project had accidentally picked up the explosive and deposited it near Sofia’s home.

Luckily none of Armen’s injuries were life-threatening but the accident has had a huge impact on the family, as Sofia explained, tears streaming down her face.

“I would never have imagined that a projectile would end up in my front yard, where my kids play every day. I know the pain of losing a child. Three years ago, I lost my three-year-old son to a kidney infection. I don’t know what I would do if I had to go through another loss.”

Armen’s wounds are healing well but he and his younger brother remain traumatised by the experience. “You can’t pay him to go play with rocks,” says Sofia, who now worries every time her children go outside.

Nagorno Karabakh is not only haunted by the presence of landmines, laid during the 1988-94 war, but also suffered further contamination when fighting broke out in April 2016, leaving homes and gardens strewn with explosives. HALO has been working in Karabakh to remove these threats and keep families like the Badalyans safe. In Norashen village alone, HALO has already responded to 14 emergency callouts by members of the public, resulting in the recovery and disposal of anti-tank mines and other explosives. Every item destroyed reduces the risk of further accidents so children like Armen can play without fear. 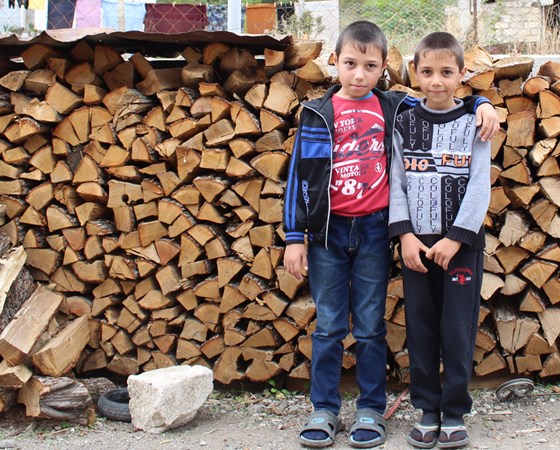 Armen (left) with his younger brother David. Luckily Armen is recovering well from his injuries but the accident has left him very frightened.