Imagine having to flee your home, not just once but many, many times. After 10 years of conflict, this is the reality for families in Syria.

For many, not only is returning home too dangerous, being displaced to unfamiliar areas poses a lethal threat. Families are often unaware of the specific dangers from landmines and explosives surrounding the camps where they are displaced, putting them at risk.

Marya is a widowed mother with two daughters, Amira and Sabiya.* When the conflict overran their home in western Aleppo they escaped to Al-Birr, to a camp for displaced families. With little opportunity to earn a living, it has been a struggle to survive. Every day, Marya and her daughters collect scrap metal and plastics from the nearby landfill site to trade for food or burn for fuel. But this is lethal occupation.

“I wish we could find another way of living instead of collecting things from the landfill.”

On 5th January 2021, Marya woke early to prepare breakfast for Amira and Sabiya. To heat the food, she placed a piece of plastic they had collected the day before from the landfill into the lit oven.

Without warning, the oven exploded, firing shrapnel in every direction. Marya grabbed her daughters and fled outside as their tent was engulfed in flames. The plastic object they thought was fuel, was an explosive left behind by the fighting. Marya was hit in the knee by the shrapnel and 15-year-old Amira suffered injuries to her hand and foot. From the tent next door, 11-year-old Hakim had just arrived to bring bread to Marya’s family. The debris thrown out by the force of the explosion stuck him in the jaw. 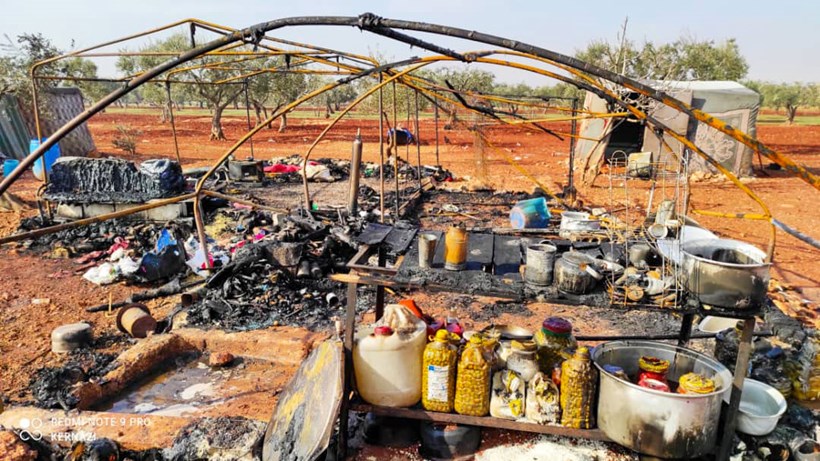 Marya's tent was burnt to the ground
following the explosion

Sadly, Marya's terrifying experience is a daily occurrence for people in Syria. Removed from their homes and livelihoods, families are forced to risk their lives just to get enough food and fuel to survive.

HALO has been delivering risk education in northwest Syria since 2016, teaching people how to stay safe from the explosives left behind by the fighting. Recognising the increased danger to displaced families like Marya's, we are focusing our work on the displacement camps in Idleb Governorate. 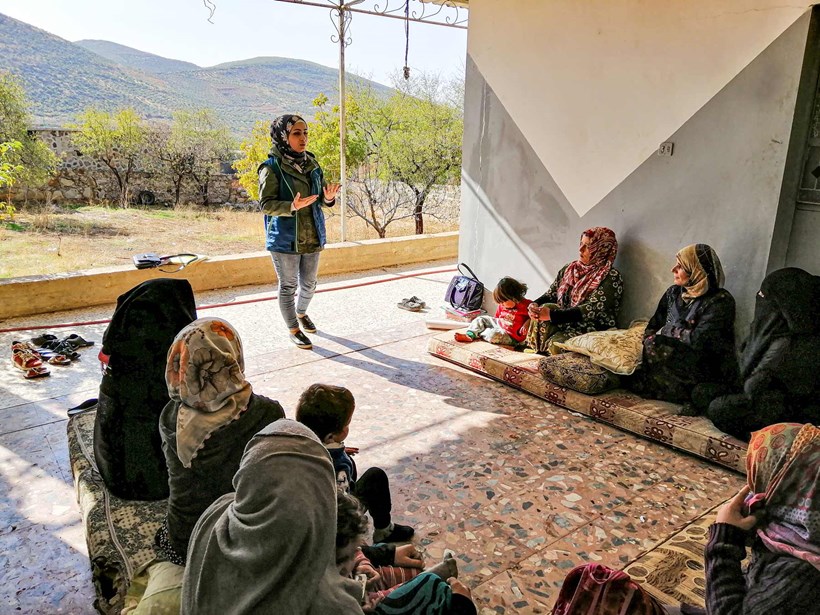 Clearing the landmines and explosives that litter homes and streets is the first step to enable families to return home safely. HALO has started work in Syria to remove these lethal threats so people can come home and begin to rebuild their lives. On World Refugee Day, and every day, we continue to work to support families in Syria and across the world who have had to abandon their homes and livelihoods to escape conflict.

*Names have been changed to protect people's identity.