“My wife and I were shocked to see mines and other unexploded ordnance in the well when we were going to draw some water.” Arulanantham Kanagasabai from Maviddapuram South village, Jaffna, Sri Lanka.

Water is essential for life. Access to clean drinking water stops people dying from disease. A good water source allows crops to be grown. It means time is not wasted walking miles to find fresh supplies—time that can be used to earn money, care for a family or attend school.

But what happens if safe access to water is prevented? Imagine going to draw water from the local well and finding it filled with dangerous mines and explosives. This was the situation faced by the Kanagasabai family and many others in northern Sri Lanka.

During Sri Lanka’s three decades of civil war, open water wells were often used by retreating troops as a quick and easy way to dispose of unwanted mines and other explosives, leaving a dangerous legacy behind. Mr Arulanantham Kanagasabai, his wife Mathydathani and three children live in Maviddapuram South village in Jaffna district. After being uprooted from their home many times due to the conflict, they were finally able to settle permanently in Maviddapuram in 2015. However, the village had been badly affected by the fighting, many people were killed and homes were destroyed. When Arulanantham and Mathydathani went to fetch water from the well near their house they made the terrifying discovery that it was filled with mines and unexploded ammunition. 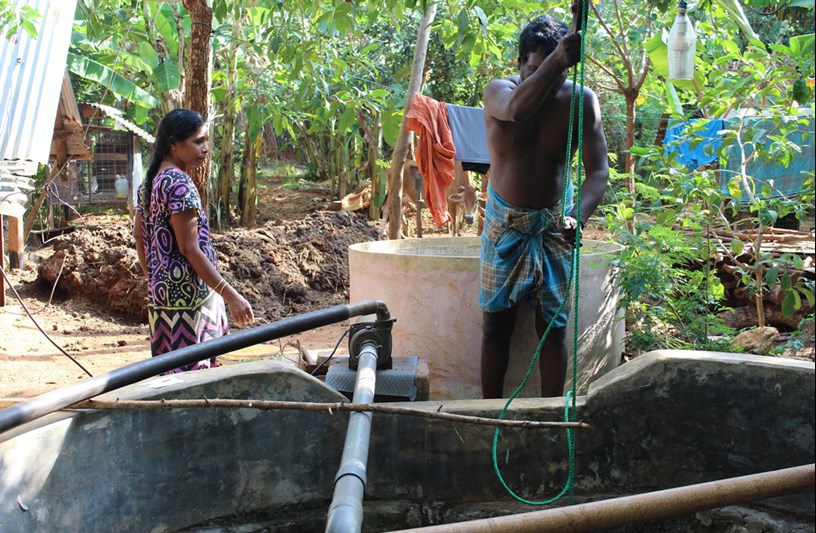 Arulanantham draws water from the well where they made the frightening discovery is was contaminated by mines and explosives. 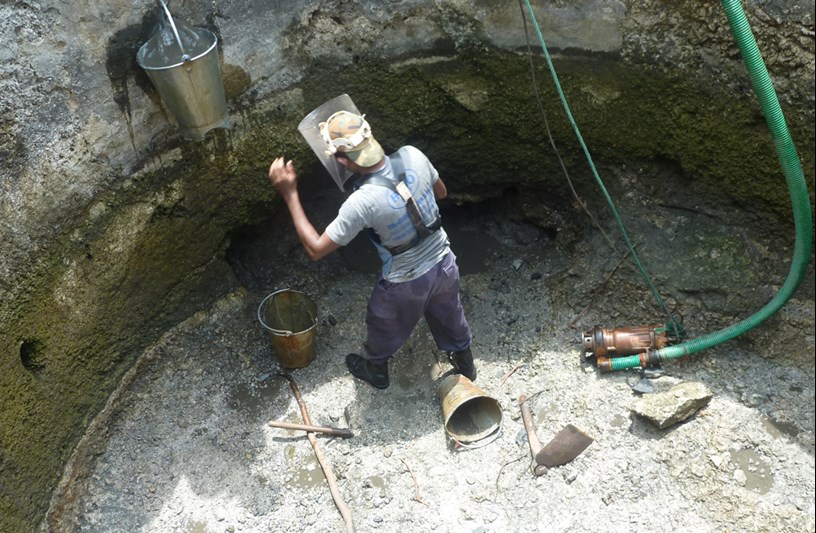 They immediately reported what they had found to the head of the village who contacted HALO. The very next day HALO’s Explosive Ordnance Disposal team were able to come and safely remove the explosives from the well. It was apparent to the team that the well itself was in a poor state of repair, having been badly damaged by shelling during the fighting. HALO therefore coordinated with the Sewalanka Foundation, a local NGO, who were able to come and make the much-needed repairs.

This joint effort has had a transformational effect on the Kanagasabai family, giving them safe access to water for drinking and growing food. Since the well was repaired Arulanantham has begun cultivating beans, okra and capsicum, rotating this every three months with tomatoes, chillies and onions. Each variety of vegetable produces a weekly harvest of 25kg, which means there is enough to both supplement their own food and sell to support the family. Arulanantham has now invested in an electrical water pump so he can supply water for his crops directly from the well. The profit he has made from growing vegetables has allowed him to purchase two cows. 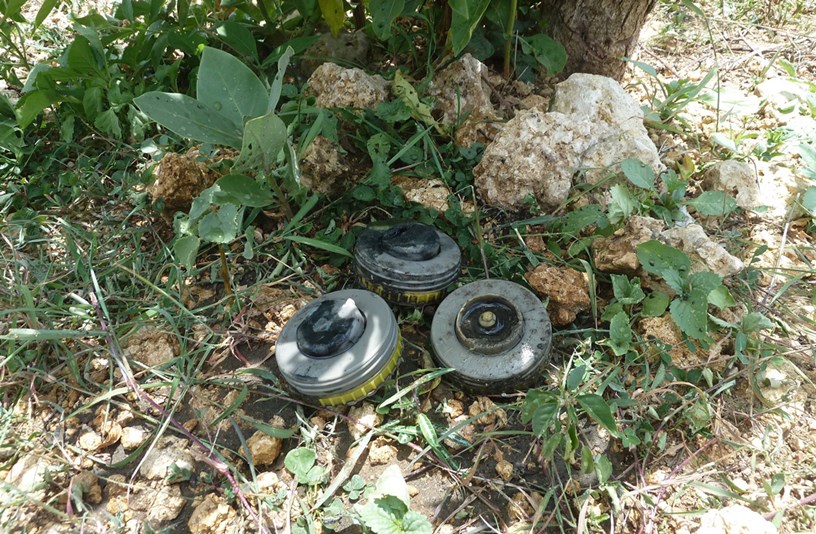 The mines that were safely removed form the well by HALO. 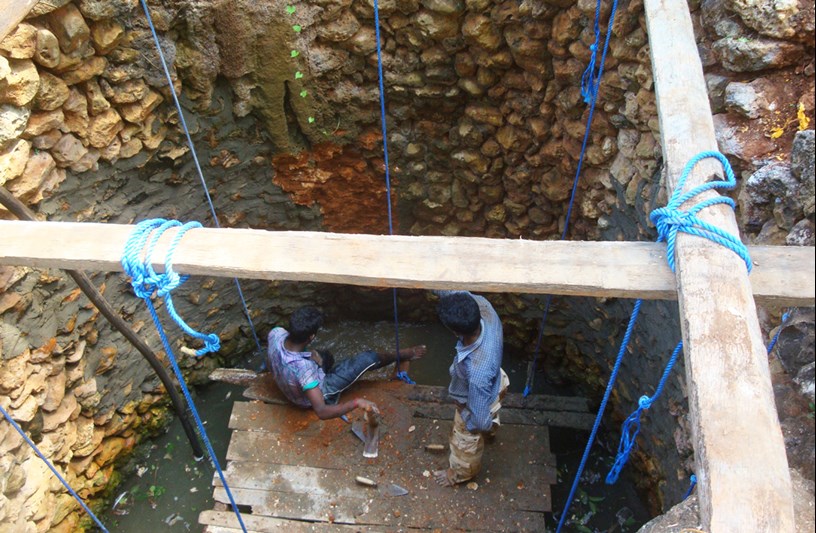 HALO worked with the Sewalanka, a local NGO, to ensure the well was repaired.

“My land is very suitable for cattle farming. My wife has been taking care of the cattle and selling the milk; at least eight litres per day. I am now waiting for the second phase of the cultivation to begin.”

Providing safe access to water is essential if communities are to rebuild following conflict. In Sri Lanka and HALO’s programmes around the world, our work to clear landmines and the explosive debris of war is making this possible. 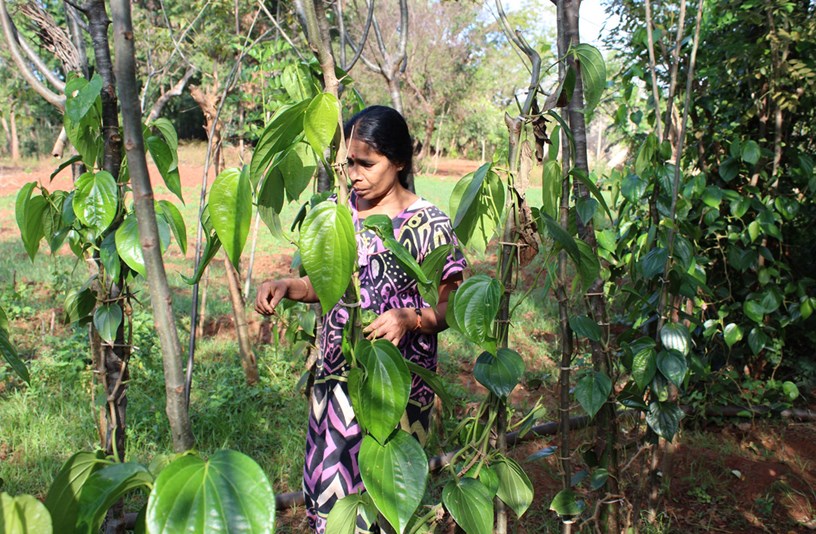 Mathydathani with her betal crop, which she grows to raise money to support her family. 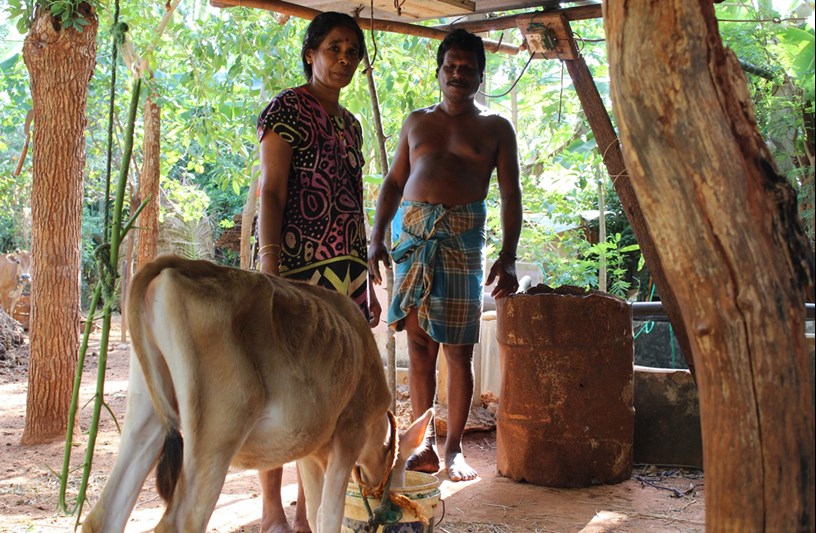 Mathydathani and Arulanantham with one of the calves they have been able to buy now the well is fixed and they can grow vegetables to earn money.