'This is the form of Russian terror that will have to be countered for years to come': IAN BIRRELL reports on life in newly liberated Ukraine where these heroes (and your donations) help clear mines and killer booby traps

How technology is helping reduce the menace of landmines

A lethal legacy of landmines in Angola

Even as shells fall, Ukraine's deminers work to make the land safe

Inside the painstaking search for 5 million decaying bombs in Cambodia 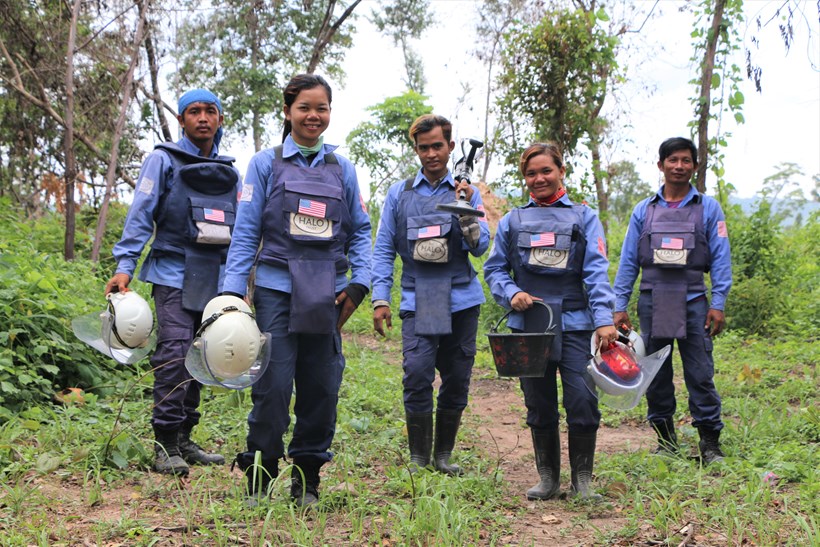 Visiting Ukraine made me proud of Britain's support

Danger in every step: the ‘chaotic and complex’ work of Ukraine’s de-miners

How your cash is rooting out Vladimir Putin's mines: Mail Force donations are helping to remove dangerous debris from warzone in Ukraine

Risky work of demining reclaimed ground in Ukraine is underway, but there's a long, dangerous path ahead

The war in Ukraine has sparked a global food crisis, and the country's farmers are now scrambling to salvage their crops

In Ukraine, mines take lives even after fighting moves on

Deadly mines outside Kyiv are cleared by Princess Diana's charity

Growing Concerns Over Use of Landmines

'Afghanistan's Landmines Threaten Starvation as Well as Life and Limb

The Missing Component in U.S. Counterterrorism Efforts in Africa

HALO Trust CEO Cowan on Land Mine Risks in Ukraine

Inside Ukraine's Hurt Locker: the team diffusing 300 bombs a day

Your £1 million for UN mercy mission: How generous mail force donations will help fund emergency aid and shelter for millions of refugees

Prince Harry thanks charity championed by Diana for Ukraine support

Ukraine: Old people in Mariupol 'dying of strokes due to stress and no one removing the bodies'

UK is "punishing the people of Afghanistan' as well as Taliban, charity chief warns 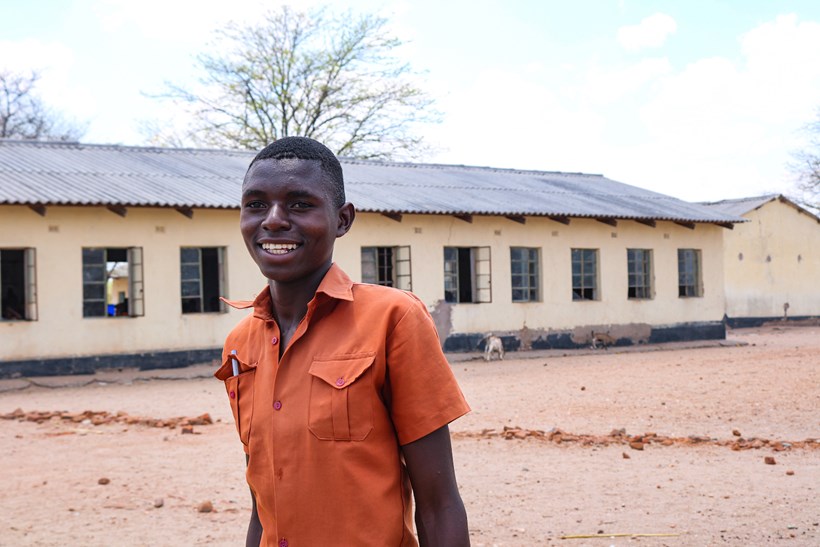 Afghanistan's troubles can't only be blamed on the Taliban

Children can walk to school as landmines cleared in Zimbabwe

Clearing Afghanistan's Landmines One Careful Step at a Time 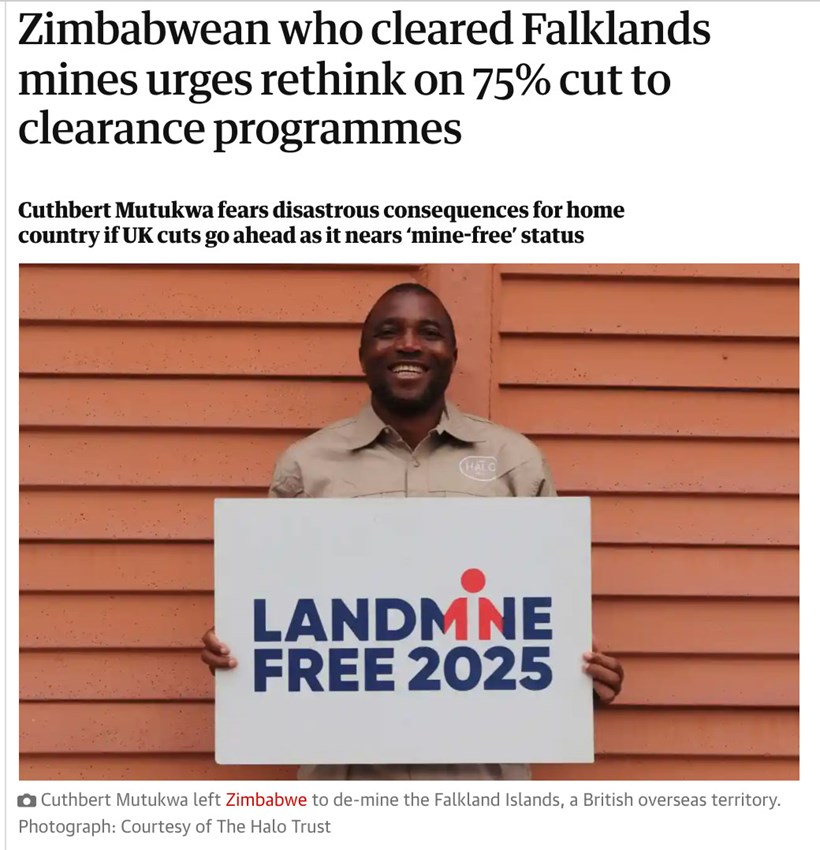 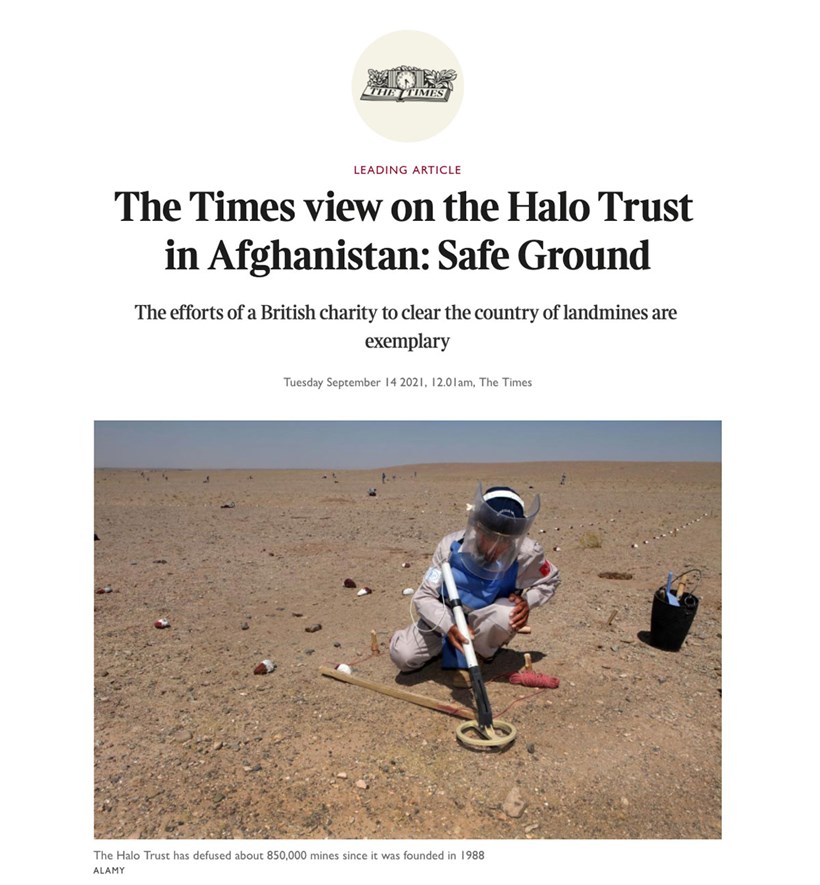 The Times View on The HALO Trust in Afghanistan: Safe Ground

As UK support dwindles, mine clearers in Afghanistan find help where they can

The Times appeal for Afghanistan

The Grenadier Will be Used for Mine-clearing Work

Why Were My Colleagues Murdered?

‘We’re not leaving, we are there for the people of Afghanistan’, says chief exec of charity targeted in deadly attack

How The HALO Trust helped keep me alive in Afghanistan

Interview with James Cowan, CEO of The HALO Trust

Attack in Afghanistan Kills 10 From Charity That Clears Land Mines

Lilibet Diana: the baby name that represents a royal rift – and audacious hope

Boris Johnson’s UK aid cuts will force my landmine charity to stop working in Syria. For our national security, he must reverse them

Mine clearing boss on a mission

A garden where war's perils linger 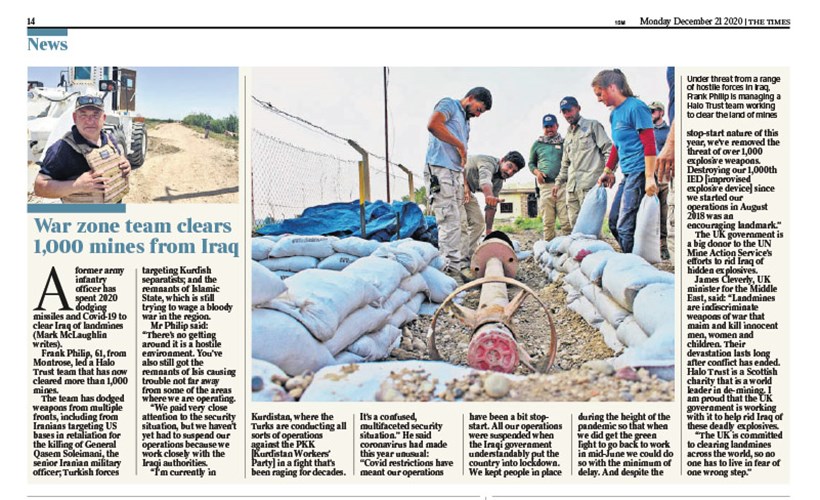 Mines Rockets & Revenge in the Killings Fields of Iraq

Karabakh after the ceasefire

Thousands of victims from landmines

The Smerch Rocket: A Fearsome Symbol Of The Nagorno-Karabakh War

The humanitarian fallout of the Nagorno Karabakh conflict 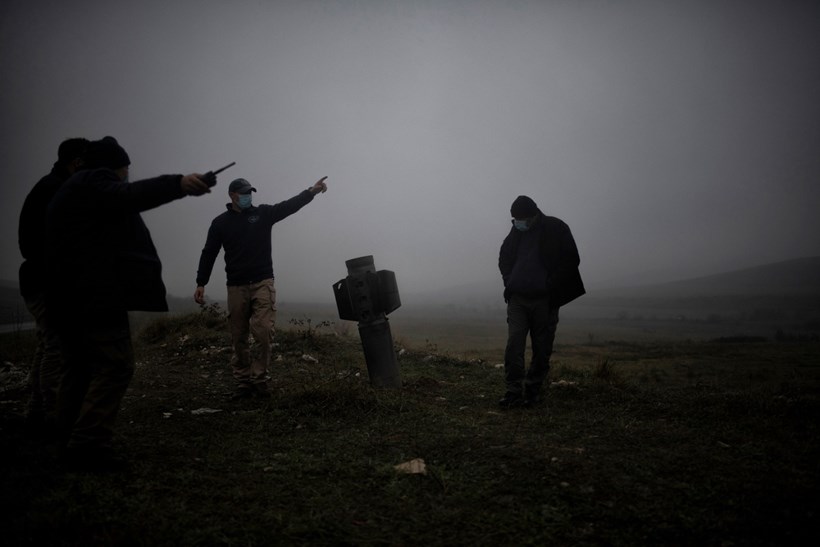 They killed my troops...now we work together: Major General JAMES COWAN argues it is no contradiction to participate in war fighting and support peace processes

Former Taliban Fighters are Hired to Clear Minefields in Afghanistan

A new reality in Stepanakert

Nagorno-Karabakh's main city of Stepanakert has been under near-constant shelling for weeks and unexploded shells, rockets and bombs remain a hazard, even when the attacks have stopped. Al Jazeera's Rory Challands, reporting from Stepanakert, examines the dangers and the steps one charity is taking to deal with the lethal refuse.

On the frontlines around Nagorno Karabakh

Camilla Thurlow on Women's Hour: Not the Type – Finding my place in the real world 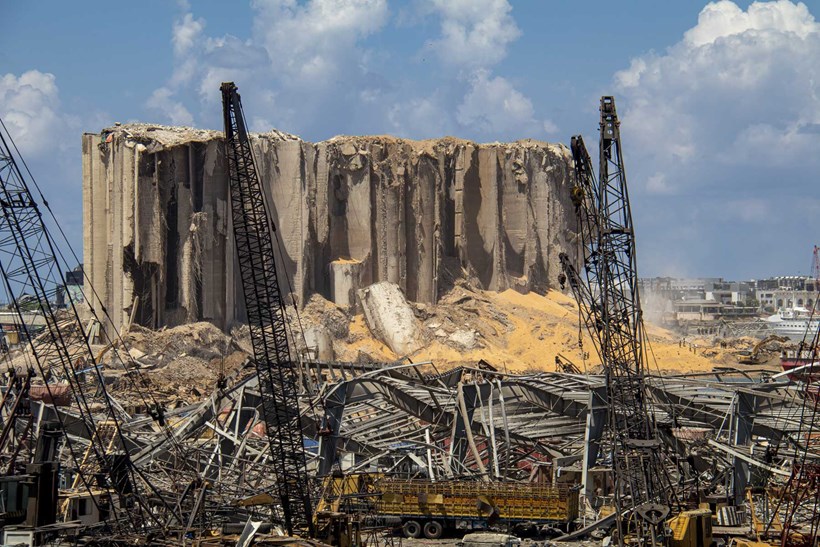 Beirut blast: The other countries with dangerous dumps of explosives

Simon Conway, Director of Capability, speaks on The Today Programme following the the Beirut blast

An Interview with James Cowan, CEO of The HALO Trust

'Long overdue': The development voices in favour of a DFID merger

In the world’s conflict zones tackling COVID-19 is going to take something that is often in short supply: trust

Coping with coronavirus in a war zone

100 Women in Demining in Angola

Yorkshire medics clearing legacy of wars that maim and kill

Clearing mines in the Okavango for wildlife protection and ecotourism

Harry explodes landmine in Angola as he retraces steps of late mother, Diana

Princess Diana walked through a minefield 22 years ago. Prince Harry is retracing her steps.

Princess Diana legacy: How Diana ‘stepped over the line’ - and Harry will follow her foots

Prince Harry Will Honor His Mother's Work in Angola. Here's What to Know About Princess Diana's Landmines Walk

Diana, Landmines and the HALO Trust

Explosive ordnance disposal from Afghanistan to the Ukraine

Zimbabwe On Track to Clear Landmines By 2025

Princess Diana called him one of the bravest men she ever met. Chris Moon MBE, lost an arm and a leg while working for a landmine charity in Africa and explains how, ‘Mozambique is now landmine free.’

Landmine clearance to start at Royal Welsh Show (don't worry, they're not real)

Prince Harry Gives Stirring Speech on Angola Landmine Clearance: "There Is an End in Sight"

Tokyo event for a world free of landmines

900 landmines detonated in Qasr al Yahud on the Jordan River

Hundreds join celebrities in trek across Salisbury Plain for charity

The Stratford-sub-Castle based Halo Trust is hosting their first ever 'Safe Steps' trek across the firing ranges today.

Experiencing the work of a landmine clearance charity

The Halo Trust, made famous for their work with Princess Diana in the 1990s, has been out in the city raising awareness.

BP Angola sets aside US $1.2m for innovative Landmine Clearing with the Halo Trust

Mines on the Georgian-Azerbaijani border

Stars join the big ‘mine and bomb’ walk

17 years after the civil war, Angola faces the challenge of mine clearance

The Women Who Are Clearing the Minefields in Sri Lanka

There’s only one way to tackle Ukraine’s infestation of mines ... slowly

What Camilla Did Next: Love Island's Camilla Thurlow joins forces with TV historian for film highlighting plight of landmine victims in Cambodia

‘Ghost Churches’ on the West Bank of the Jordan

Effort removes thousands of landmines from site of Jesus' baptism

Jesus' baptism site was a closed military zone for 50 years. That's about to change.

Churches at Jesus' baptism site made safe for visitors

Landmines cleared from shrines where Jesus was baptised

Site of Baptism of the Lord nears reopening as landmines cleared

Qasr al-Yahud: a mission to restore faith - and hope

Revealed for the first time in 50 years: Churches at West Bank site where many believe Jesus was baptised are reopened after workers remove landmines from the area

Insight: Clearing the West Bank of bombs for baptisms

'People are scared': deadly legacy of Isis continues to shape lives in Iraq

The women who remove deadly landmines

Clearing IEDs with the help of New Zealand

NGO removes over 50 000 landmines from Zimbabwe

UK aid will protect more than 820,000 people from threat of lethal landmines

Dumfries and Galloway charity given £23 million

HALO expects to free Jaffna from mines by late 2019

Meet the gigantic machine that eats land mines for breakfast

Revolutionising mine clearance in Zimbabwe with MMD sizer technology

Love Island stars help charity to save lives in Syria

Landmines made by Isis undo progress made by Princess Diana campaign

Jesus' Baptism Site is being Cleared of Landmines

Area around Jesus’ Baptism Site Being Cleared of Landmines

Mine-clearing Begins Around Site Where Jesus was Baptised

The Female Deminers of Nagorno Karabakh

Ruth Davidson: The Scots Restoring our Faith in Charity

In the field with Kosovo’s "bomb hunters"

These Colombians are clearing landmines and paving the way for peace

In Afghanistan, Clearing Landmines to Save Lives

James Cowan: How can Canada help Zimbabwe rid itself of its landmine legacy?

James Cowan: Invictus Games an opportunity for Canada to recommit to landmine campaign

Kingdom Stands out as Regional Example of Mine-Clearing Efforts

In Angolan Town, Land Mines Still Lurk 'Behind Every Bush'

Princess Diana’s body armour to be displayed at Edinburgh Castle

The hunt for the hidden bombs and land mines of Kosovo

Princess Diana understood what 'global Britain' meant. Does Theresa May?

bravely walked 20 years ago has become a thriving community

After the Peace Agreement, Colombia Turns to Demining

Making Karabakh safe by removing one mine at a time

Ruth Davidson MSP: In a world where Donald Trump can run for president Britain has a moral duty to lead

Guerillas and victims embrace to clear Colombia of mines

Mobile Technology in Mine Action: The Fulcrum Application

Jesus's baptism site to be cleared of landmines

Minefields: new life to the site of Jesus' Baptism

Israel, Palestine Allow Mine Clearance at Site of the Baptism of Jesus

At site of Jesus' Baptism, mine clearing unlocks holy ground

Decades after war, churches near Jesus' baptism site to be cleared of mines

Cambodia's demining more urgent than ever

After decades Mozambique is finally free from the fear of landmines

Mozambique was once riddled with tens of thousands of land mines. Now, it has none

There were no articles found for the current filter. Please try another filter or clear the filter to see all posts.

Clear filters
Useful Info
Get Involved
Get in touch