Following the fall of Gaddafi in 2011, an absence of a strong central government has resulted in ongoing conflicts between rival armed groups and militias. Fighting has displaced hundreds of thousands of people and reduced towns and cities to rubble, littered with dangerous debris—from unexploded mortars to cluster bombs.

Despite previous efforts by several humanitarian mine action organisations to remove these lethal remnants of war, there has not been the technical knowledge needed to make Libya’s decimated cities safe. As a result, families desperate to rebuild their lives have been unable to return to their homes. 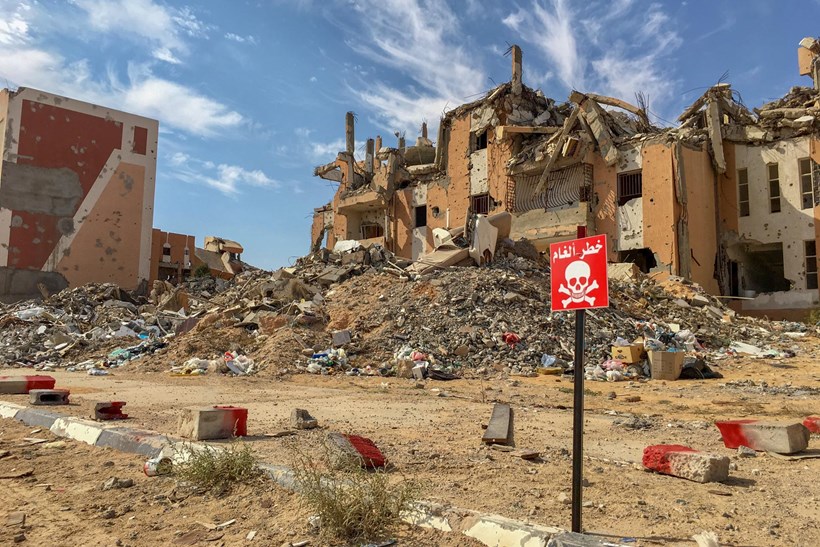 Since establishing a presence in Libya in 2018, we have been able to draw on our 30 years of experience in mechanical clearance to make Libya’s urban centres safe. Unprecedented levels of destruction, including in residential areas with multi-story buildings, piles of rubble and collapsed buildings, demand innovative solutions, including adapting and armouring machines more commonly seen on civil engineering sites.

HALO works across all of Libya with offices in Tripoli, Misrata and Sirte.

In June 2020, HALO’s survey teams began urgent work in the southern parts of Tripoli to assess the scale of explosives contamination in preparation of future clearance operations. A year of fighting in the city had left over 200,000 people displaced. 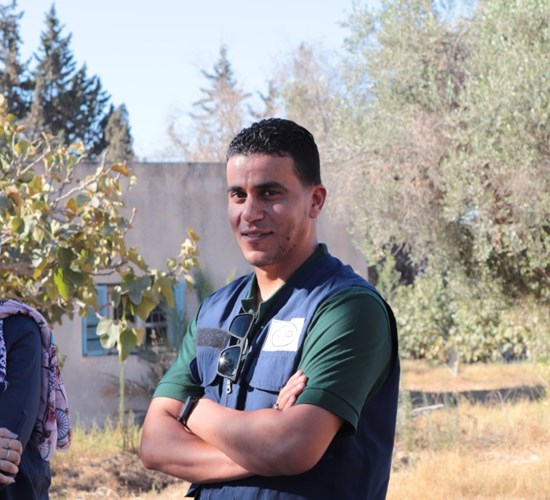 "Having lived in Tripoli all my life, I witnessed how a year of fighting has left my neighbourhood devastated. By clearing the city of mines and explosive debris, we are making Tripoli clean and liveable again. Working with HALO means giving back to my community, allowing families to return to their homes safely."

Mechanical clearance is currently focused on the coastal city of Sirte. The last bastion of Daesh in North Africa until their defeat in 2016, Sirte experienced some of the worst fighting of Libya’s civil war. In collaboration with the Libyan Mine Action Centre (LibMAC) and local authorities, we have recruited and trained the first two mechanical clearance teams in Sirte. One pile of rubble at a time, they are now clearing their own city of explosive debris—making it safe for people to return home and rebuild their lives.

OUR IMPACT
“It is my duty to clean up the explosives debris in Sirte. It is my city and I am never going to leave. I want my children and grandchildren to grow up here. I want them to have a better life here in Libya.”

Hussain stayed in Sirte throughout the fighting, witnessing the pain and devastation as entire neighbourhoods were reduced to rubble. He became one of HALO’s first employees in the city and today guides our mechanical clearance teams as they sift through collapsed buildings to remove the bombs and explosives left behind. Once the neighbourhoods are declared safe, families will be able to return home and begin to rebuild their lives. 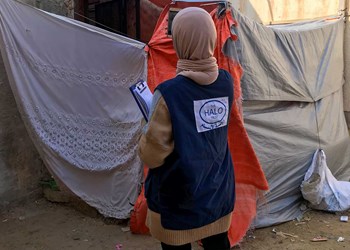 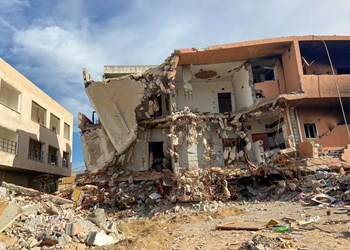 No Place to Call Home in Libya
Read more

Sign up
Our work in Libya is funded by:

Instrument Contributing to Stability and Peace

The UK Government
Useful Info
Get Involved
Get in touch