Landmines in the West Bank date back to before the Six Day Arab-Israeli war (June 1967). Dense minefields were laid throughout the highlands and in the Jordan Valley. Subsequently, in the late 1960s to the early 1970s, Israel laid minefields along its new border with Jordan. Since then, mines have been a constant danger for families in the region, causing devastating injuries and death, and destroying the livelihoods of farmers like Kayyed who owns an olive grove.

“It was as if the land didn’t exist, because there were mines in it. If anyone came here, especially the children, we became very anxious.”

HALO’s multinational team, including Palestinians, Georgians and Israelis, has been working with the Israeli National Mine Action Authority and the Palestinian Mine Action Centre to clear landmines in the West Bank since 2014. During this time, we have built trust across religious and cultural divides and cleared six of the nine high priority minefields which threaten the lives and livelihoods of surrounding communities from Hebron in the south to Jenin in the north.

Separately from the high humanitarian priority Jordanian laid minefields,  HALO was asked to clear  the site of the Baptism of Christ, known as Qaser al-Yahud, on the banks of the River Jordan, where landmines have prevented pilgrims from visiting eight sacred churches and monasteries for over 50 years. Having gained the approval of the Israelis, Palestinians and all the churches, to clear the Baptism Site, we began work shortly before Holy week in 2018. In April 2020, after clearing an area the size of 56 football pitches, we were able to return the land to the churches, so this sacred site could become a place of worship once again.

For many years, the residents of A-Nabi Elyas village in Qalqiliya district were unable to use their land. The soil was fertile, but the presence of the largest Jordanian laid minefield made it too dangerous to farm. Civilians were injured and killed trying to access their fields.

Between 2014 and 2015, HALO worked to clear the minefield, destroying over 550 anti tank and anti personnel mines and making safe an area the size of six city blocks in Manhattan. As a result of the clearance, landowners were able to return and the whole area was redeveloped. A new road was built along the former minefield, running from a-Nabi Elyas to Jayus, electricity was installed and new water pipes laid so landowners could irrigate their crops.

A Story of Hope For Christmas
Read more 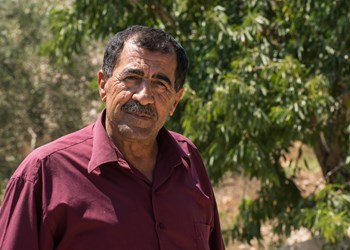 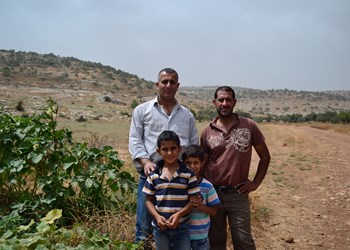 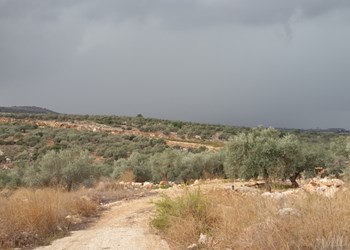 A symbol of hope and reconciliation

Clearing landmines at the Site of the Baptism of Christ, for all of humanity.
Learn More

Sign up
Our work in West Bank is funded by:

Meet our team in West Bank 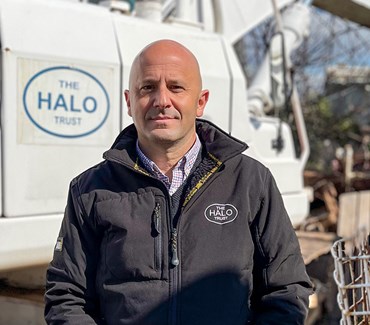 Ronen first joined HALO in 1998, training in Mozambique before taking a sabbatical to study a master’s degree in Human Resources and International Relations. From 2001 Ronen worked in Kosovo, Abkhazia and Sri Lanka. He then joined an Israeli NGO during where he managed the data department and delivered medical training to HALO employees in Angola, Sri Lanka and Mozambique. In 2011 he re-joined HALO and established the West Bank Programme. 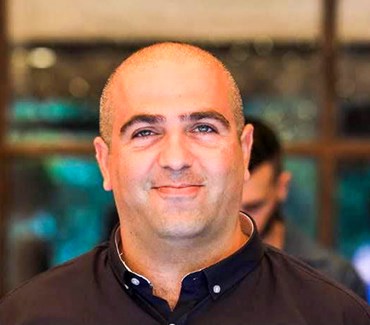 Fadi joined HALO in December 2013 having worked in and run his own IT solutions, finance, logistics and trade business. Fadi was first employed as the programme administrator and later was promoted to be the programme’s GIS and liaison officer. He is married to Linda with whom he has two boys. 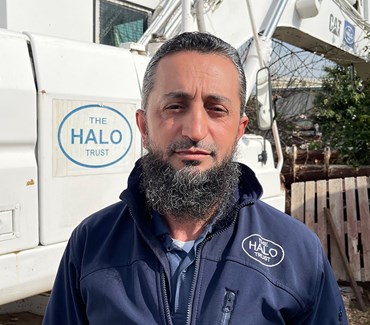 Luai joined HALO in November 2013 having worked before in different construction sites in Israel and the West Bank. Luai was first employed as a plant operator and for the last four years he is the programme’s mechanic. His responsibility is for the maintenance of all machines and vehicles.