Since the fall of Gadhafi, Libya has suffered a series of political, economic and security crises.
12th March 2021 | Libya

It is a decade since the uprising in Libya that ousted long-time leader Moammar Gadhafi. Ten long years, during which the country has faced a series of political, economic and security crises.

Ahmad* has lived all his life in Tripoli, attending school and then studying chemical engineering at the city's university. Before the war he owned a small car showroom. His ambitions were to build a secure life so he could marry and start a family.

Today that is just a distant dream.

When the bombs started to fall close to their home in Qasr Bin Ghashir, Ahmad evacuated his family to Al Mansoura. Afraid of theft and vandalism, he stayed behind to guard the house. Then the bombs got closer. A shell landed directly behind his home, seriously injuring two brothers. Ahmad knew it was time to leave.

"I cried out of sadness and pain. They took us out of our homes by force and burned them and they made us lose our money on the rent."

With money tight, the family moved to a small apartment and Ahmad began working as a truck driver to cover the rent. 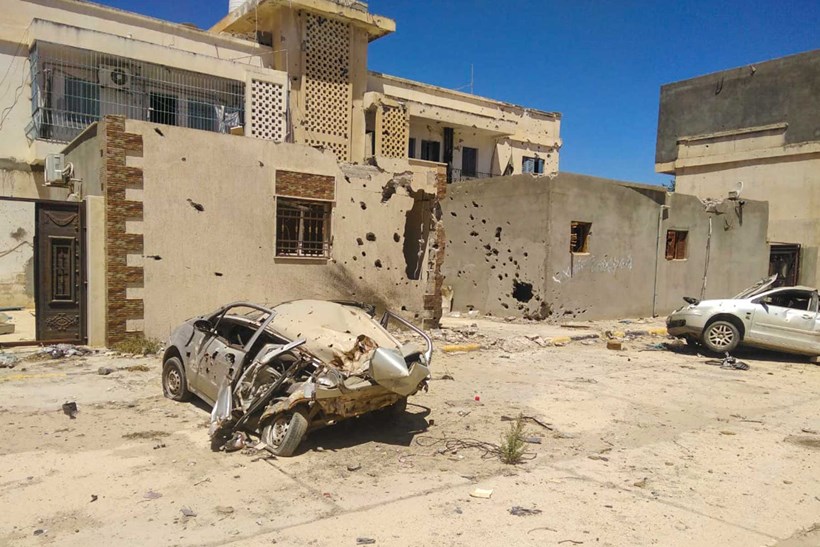 When the fighting in Tripoli ended in June 2020, Ahmad and his family, like the thousands of others displaced by the conflict, were desperate to return home.

But there was danger everywhere. The house was burned and had holes in the walls. In the living room Ahmad discovered an anti-personnel mine and explosives scattered on the floor. The once safe and happy neighbourhood had become a death trap. Whilst scouring the nearby streets to check for dangerous explosives, Ahmad found an old water heater lying on the ground beside a tree:

“I got close to it and saw that it was attached to a trip wire and filled with explosives, so I marked it with couple of sticks and immediately called for help."

For four months Ahmad worked to make his home safe for his family, but across Tripoli the fighting has had a devastating impact. Between September 2020 and January 2021, HALO conducted a socio-econominic survey to understand the humanitarian situation on the ground.

Over 80 per cent of those surveyed had experienced displacement during the Tripoli crisis, many have now returned home but more than half said they felt unsafe in their own neighbourhoods due to the presence of landmines and explosives. Basic services such as health, education, water and sanitation are in short supply or non existent. HALO's work to identify, mark and clear contaminated areas is the first step, not only for families to return home, but also for other humanitarian organisations to access critical areas and rebuild vital infrastructure and services.

*Ahmad's name has been changed to protect his identity. 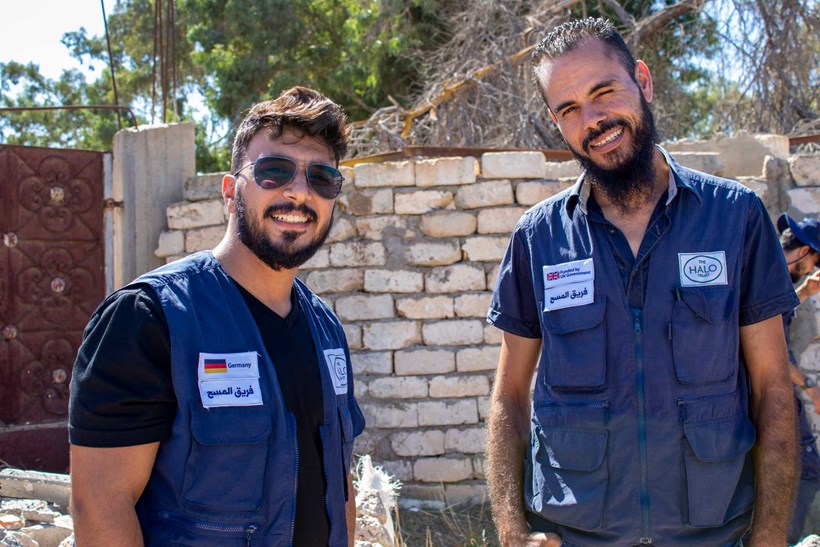 HALO's teams are identifying and marking explosives so that they can be safely removed.

Our work in Tripoli is funded by: