No Place to Call Home

On the morning of April 4, 2019, Marwa heard the sound of bullets being fired at the wall of her house in Tripoli. When one of the bullets nearly hit her son, Marwa realised it was a warning. They needed to evacuate the area. Immediately.

With no time to collect valuables or important documents, Marwa gathered up her five children and fled. Nearly two years later, the family has been unable to return home.

For 14 months fighting continued to rage across Libya’s capital. Reports indicated civilian infrastructure was increasingly being targeted—with 18 attacks on medical facilities across Libya between January and May 2020 alone. Like Marwa, over 200,000 families were forced to flee their homes. 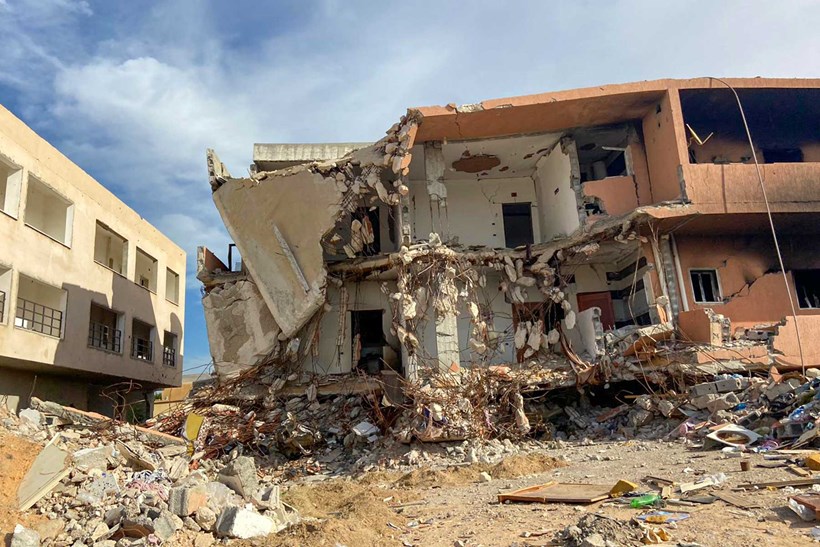 For Marwa and her children it has been months of upheaval. Initially she stayed with family but had to move to a hotel due to lack of space. When money started to run short, the family found cheaper accommodation east of Tripoli, in the Suq Aljumaa district near Mitiga airport.

But with the ever shifting line of contact, no place was safe. Armed militia started to target the airport and, once again, the family had to escape. Marwa didn’t want to go to the government shelter—fearful for her young daughters in such a crowded space, lacking any privacy.

Living in a Garage

Today the family are living in a tiny 3x6 metre garage in Gargarish. There is no ventilation and it is not fit for habitation—but they have no choice. Marwa’s savings have been depleted by the past months and she is frightened to return home.

“I am still afraid that there will be a mine or an unexploded object in the garden of my house that is not visible to the eye.”

The neighbourhood streets are strewn with landmines and explosives. There have been accidents. A man was killed and his son injured when a mine exploded at the side of the road. Marwa's once beautiful home has no doors or windows, all the possessions they left behind have been stolen. There is no water and the electricity has been cut off.

Marwa and thousands of other families are in a desperate situation. When fighting ended in Tripoli in June 2020, many tried to return home. But it is dangerous. By the end of the year there were over 200 recorded accidents, caused by landmines, anti-vehicle mines, trip wires and explosives. 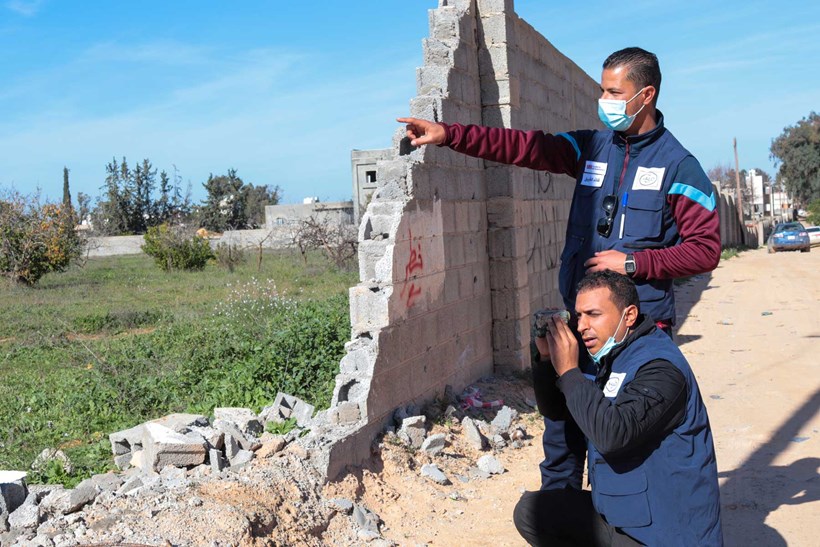 Rebuilding from the Rubble

As soon as the fighting stopped in June 2020, HALO began work along the former frontlines—identifying explosives and marking them so they can be removed. We are training teams right now so they can clear Tripoli’s battlefields, allowing families like Marwa’s to return home safely.

HALO's work in Tripoli is funded by: