On 3rd May 2019 we celebrated BP’s $1.2 million grant to HALO’s landmine clearance in Angola at a signing ceremony in the capital, Luanda.

HALO has been working in Angola for almost 25 years, removing landmines, saving lives and providing jobs for local people—clearing over 860 minefields and destroying 97,000 landmines.

In 2017 we launched our 100 Women in Demining project in Angola, empowering Angolan women by training and employing them to remove the landmines that threaten their communities.

At the signing ceremony we were proud for the project to be represented by three of our female deminers, Inês Chipuco, Suzana Soares and Esperança Ngando.

BP Angola's grant will support the project for the next three years, enabling us to employ 35 people, including 30 women. They will be trained, not only as deminers, but also as administrators, drivers, technicians and logisticians. This will bring the total number of women on the project to 90. 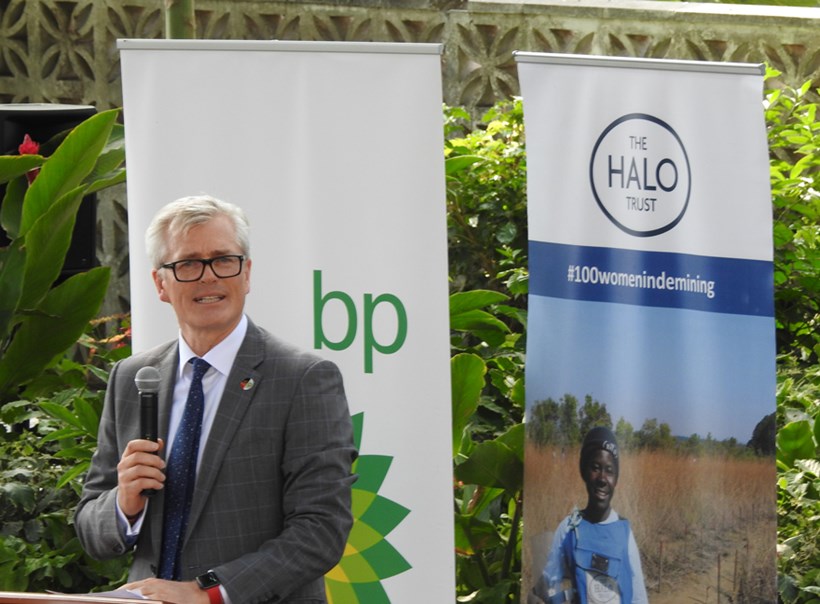 We were delighted to welcome BP Angola's regional president, Stephen Willis, to speak at the ceremony, alongside  Dr. Adriano from the National Demining Commission in Angola (CNIDAH).

"The team at BP Angola is very proud of this new partnership with The HALO Trust—with its inspirational aim of helping the government reach its goal of being landmine free by 2025, and its contribution to building skills and opportunities for women in Angola."

Thank you to the British Embassy for hosting the event and the continued support of the British Ambassador to Angola, Jessica Hand.

"It is very satisfying for me to see that BP, Angola's long-time partner, now shares this willingness to prioritise humanitarian demining and to encourage the empowerment of Angolan women through the 100 Women in Demining program at HALO.

I hope that our next celebration will be in a field cleared by these strong women who are here with us today!" 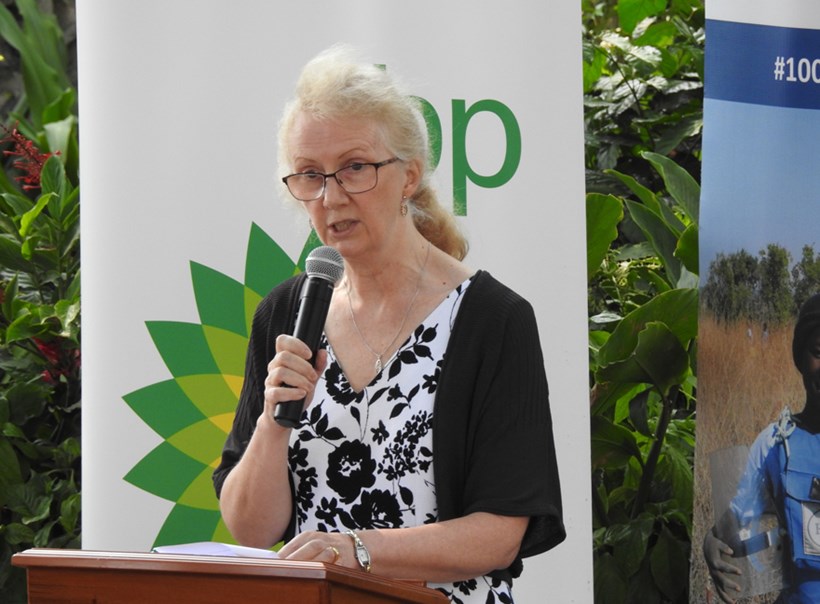 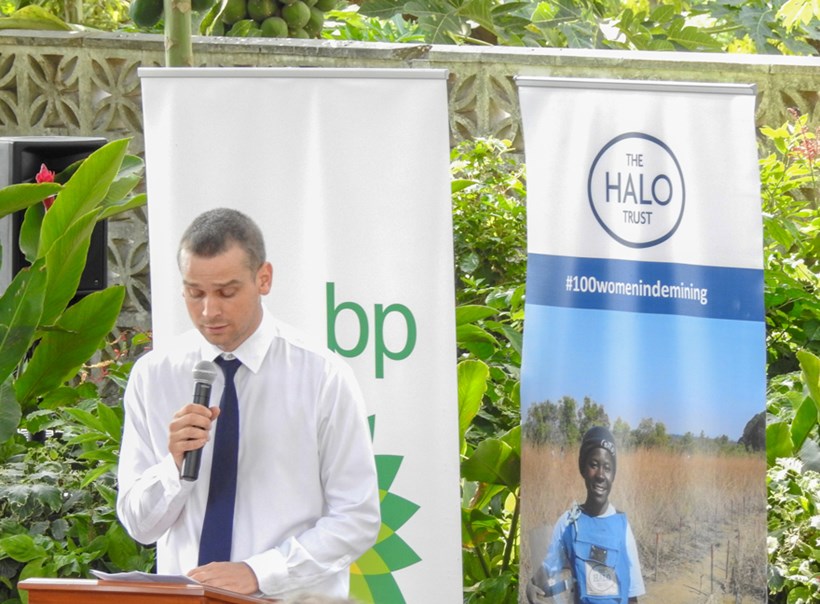 HALO’s programme manager in Angola, Ralph Legg, explained how the funding from BP Angola will allow us to clear minefields equivalent in size to 40 football pitches.

“This land will be used by people to safely access clean water, plant and graze livestock. Like HALO, BP is also a long-standing partner in Angola; creating jobs and supporting the country's development. It is therefore particularly appropriate that we are joining together at a time when Angola is working towards the prospect of becoming landmine free."

Photos from the Signing Ceremony 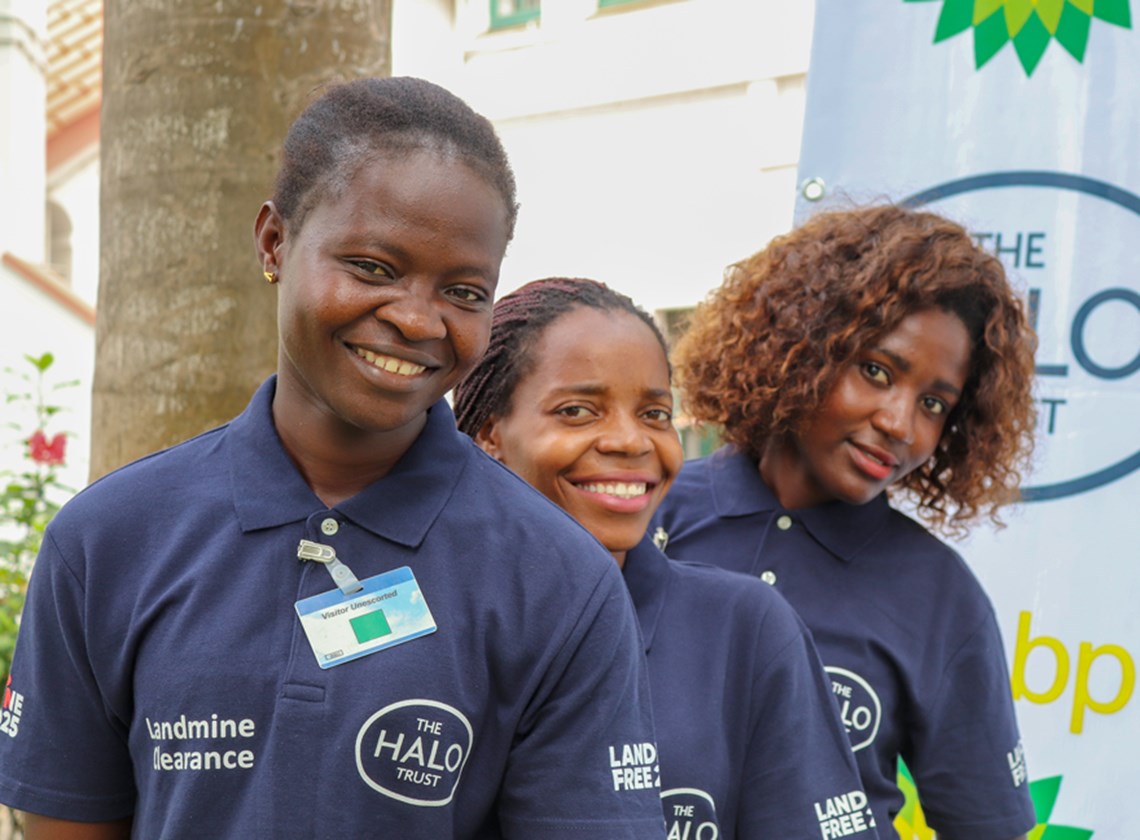 Inês, Suzana and Esperança were some of the first to join HALO's 100 Women in Demining Project in Angola 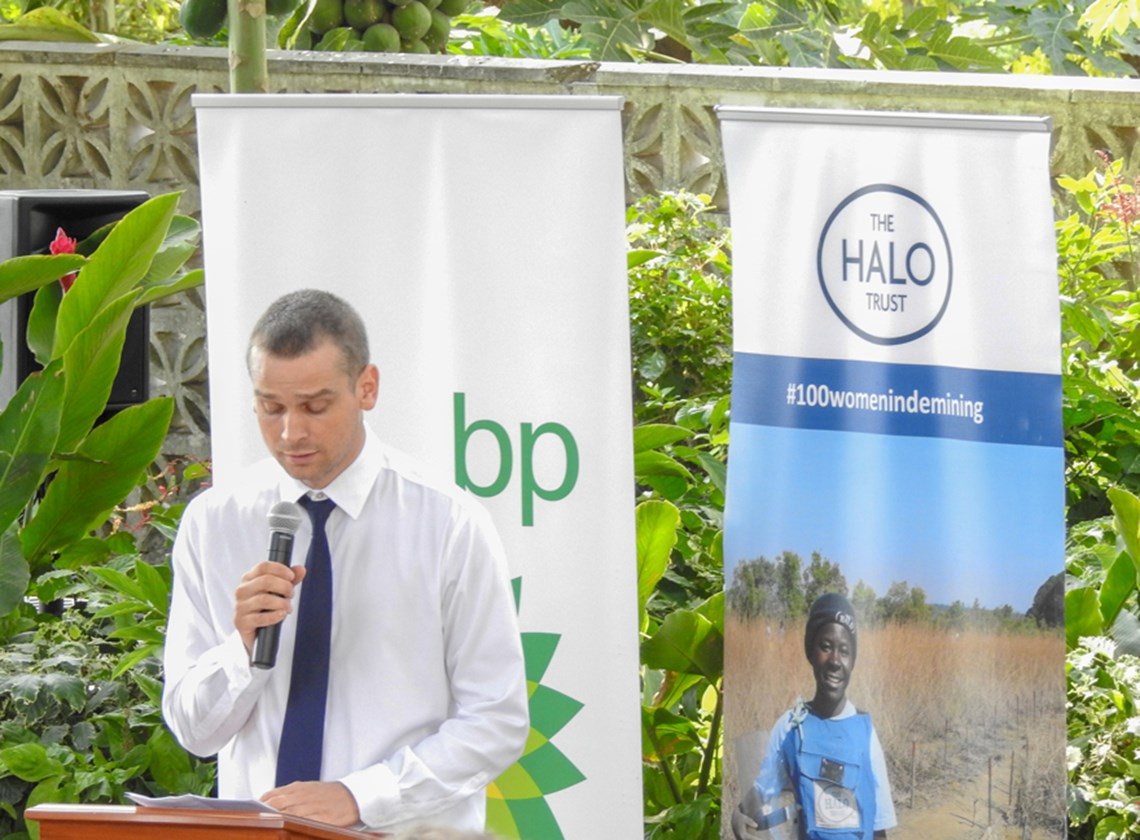 Ralph Legg, Programme Manager, thanks BP for their commitment to the future of Angola 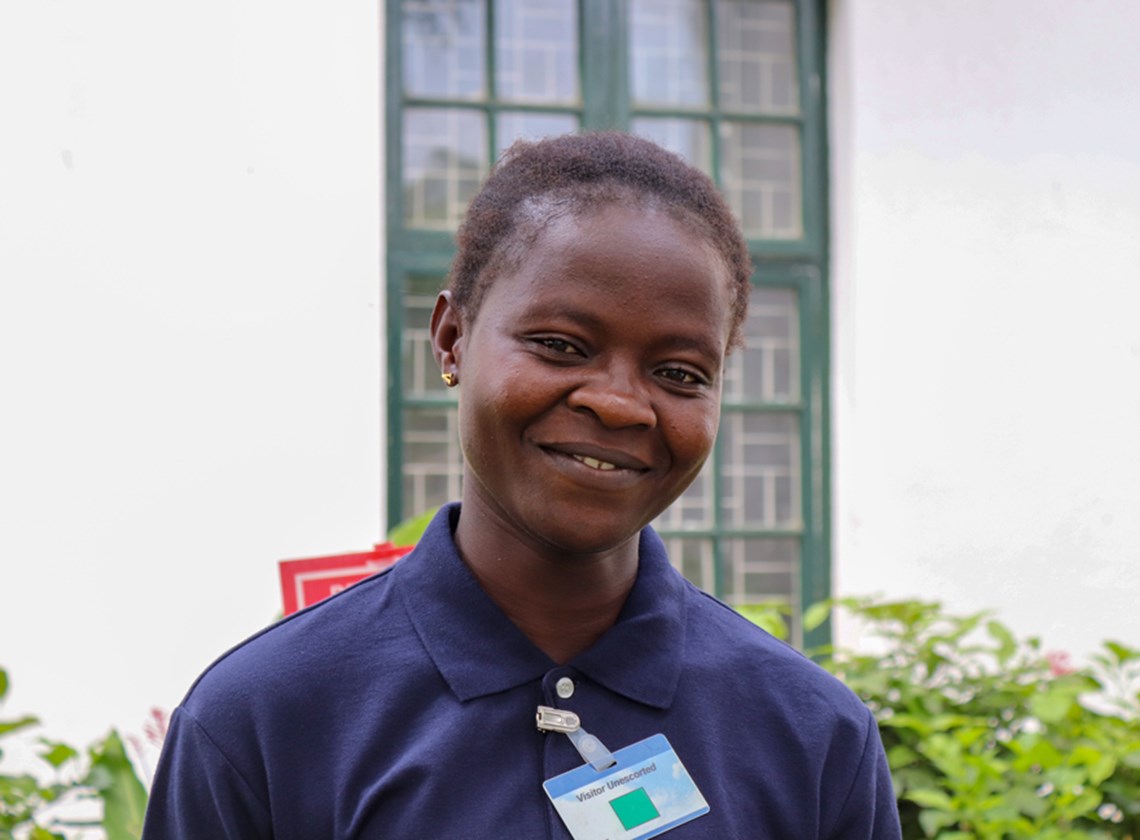 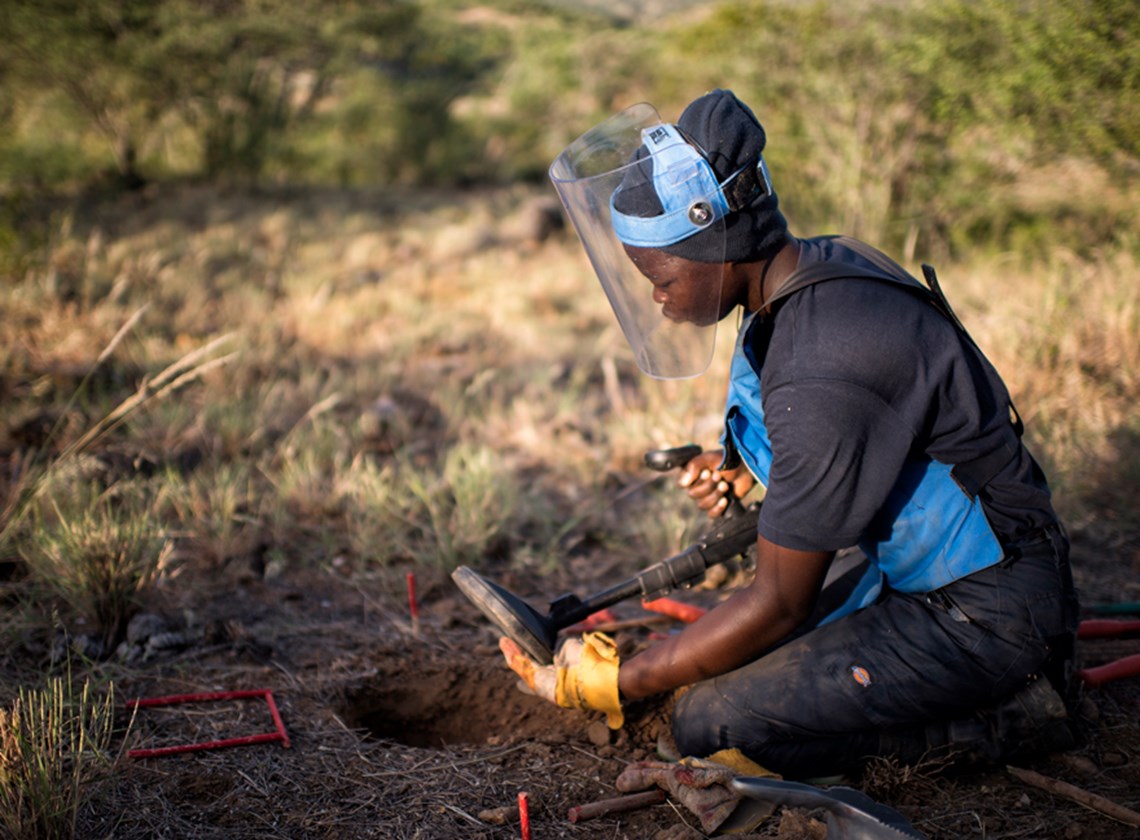 Inês at work in the minefields of Benguela 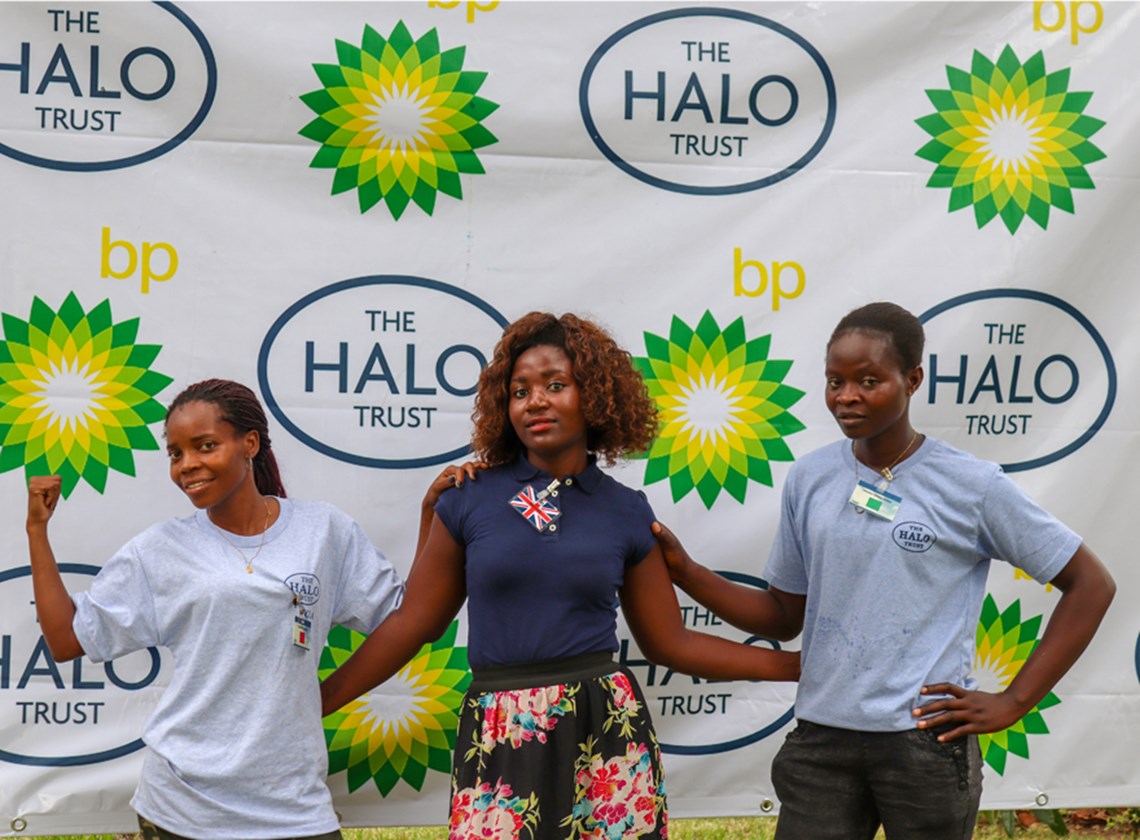 Suzana, Esperança and Inês get ready to welcome the BP team 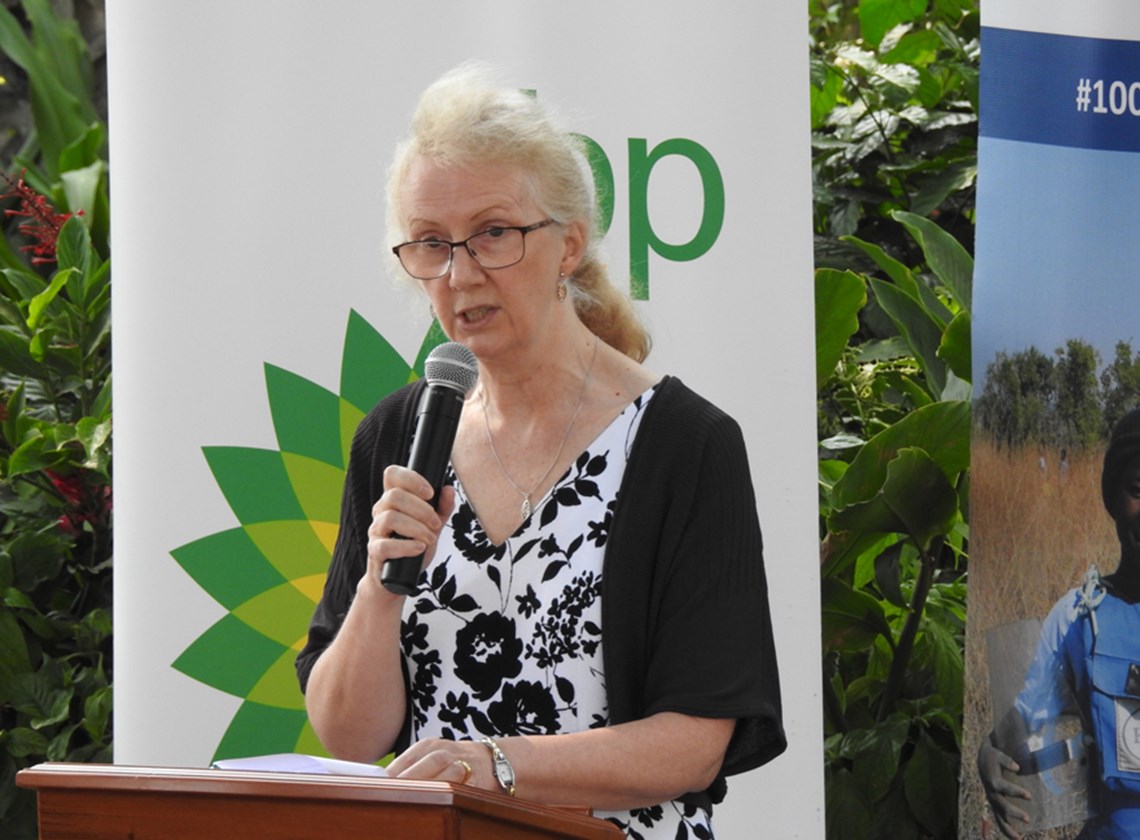 Thank you to British Ambassador, Jessica Hand, for her ongoing support for HALO's work in Angola 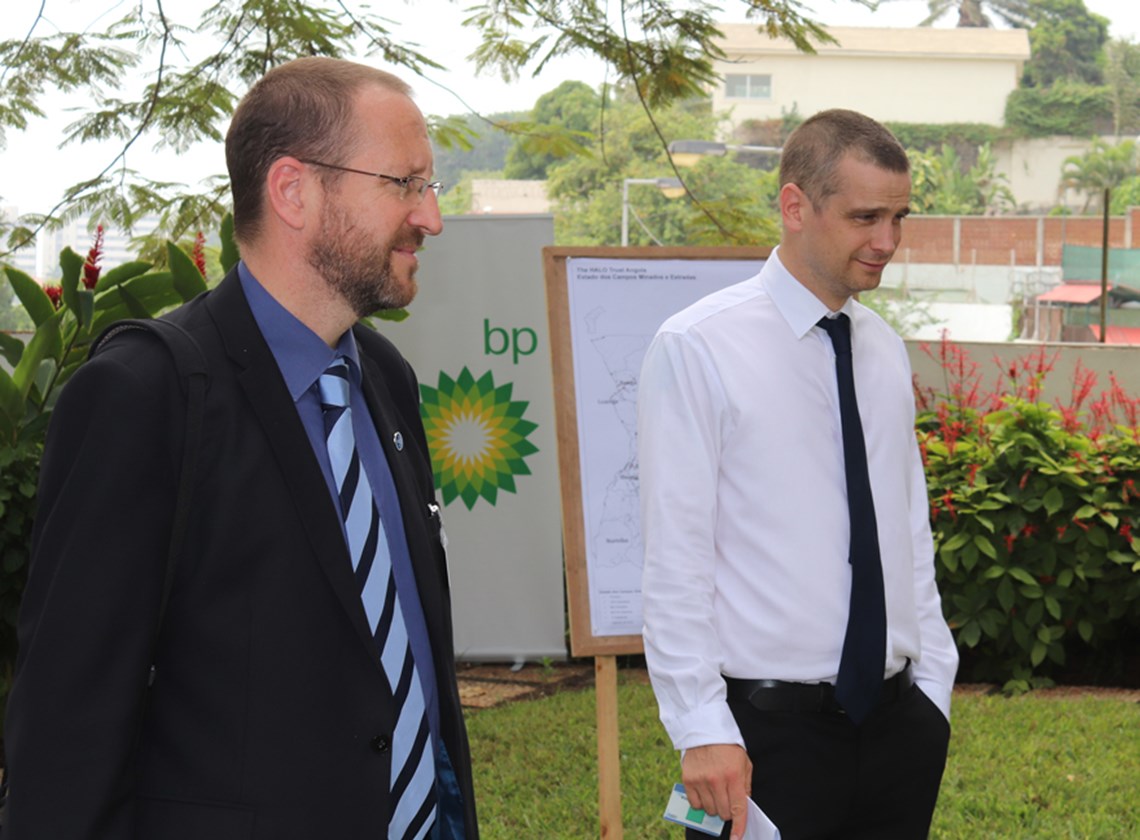 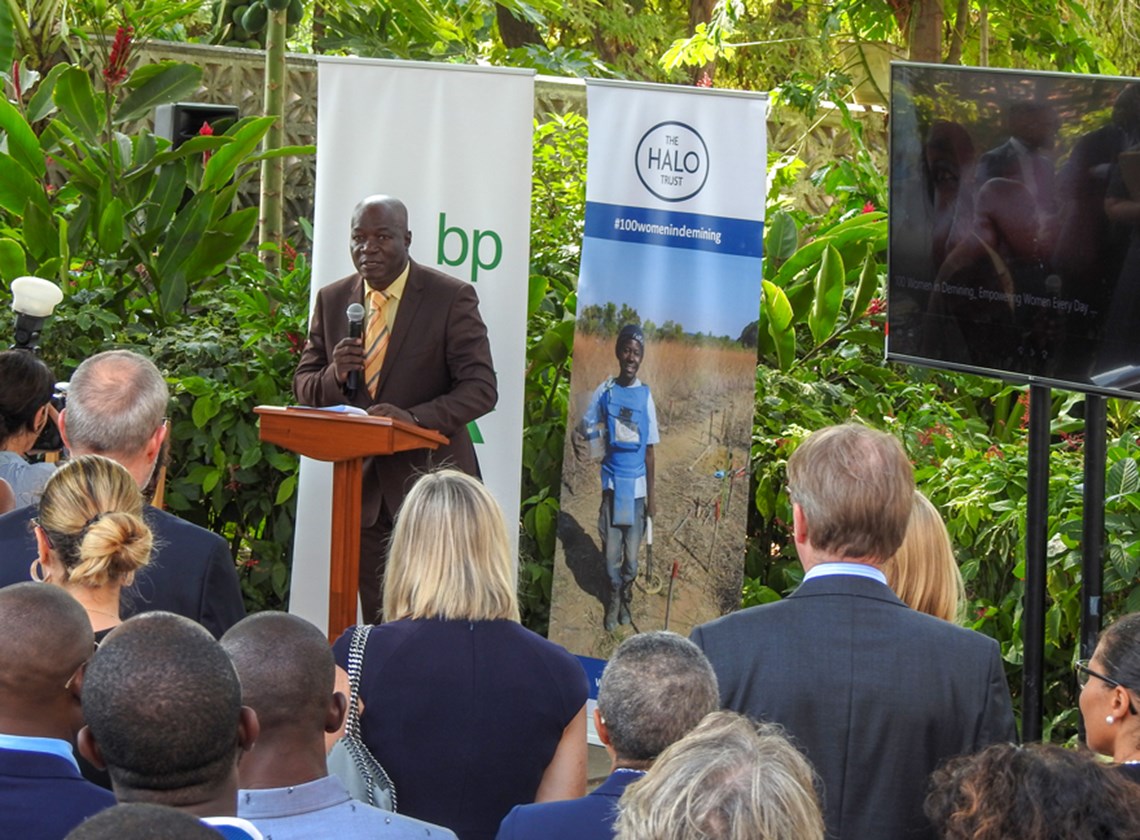 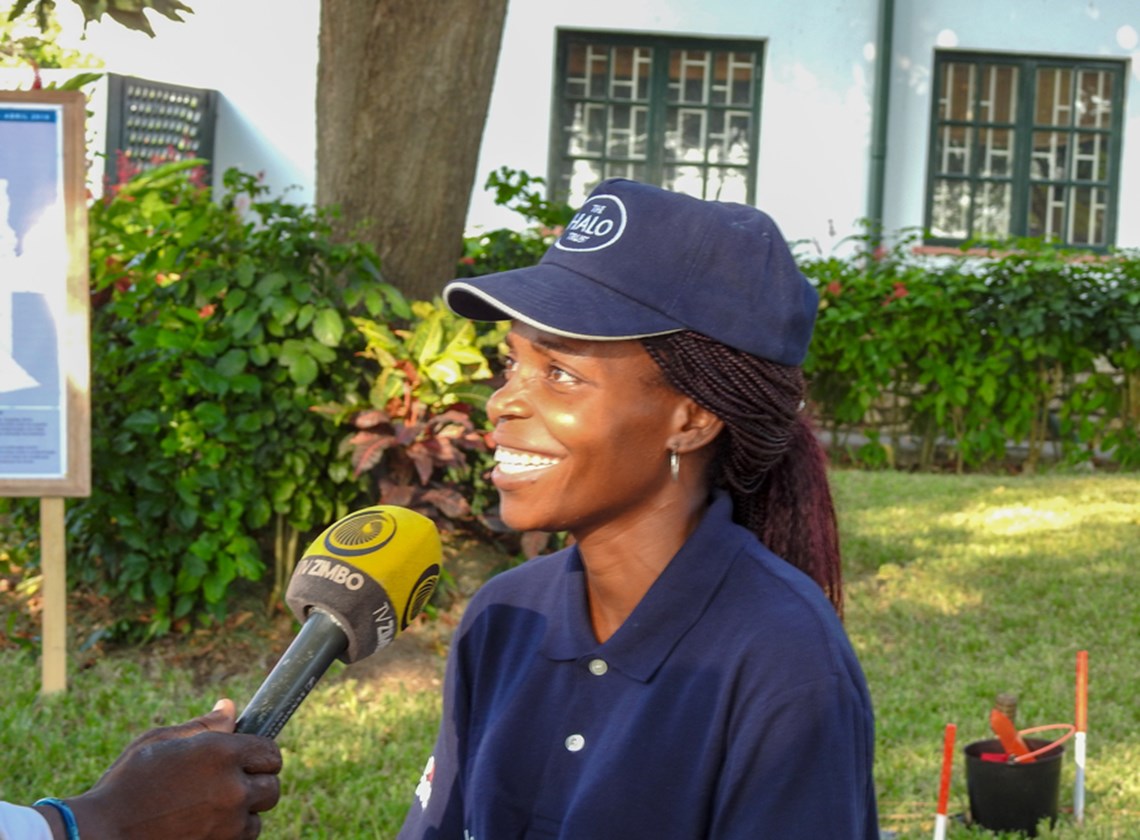 Suzana was a natural spokeswomen for the 100 Women, giving interviews to national broadcasters 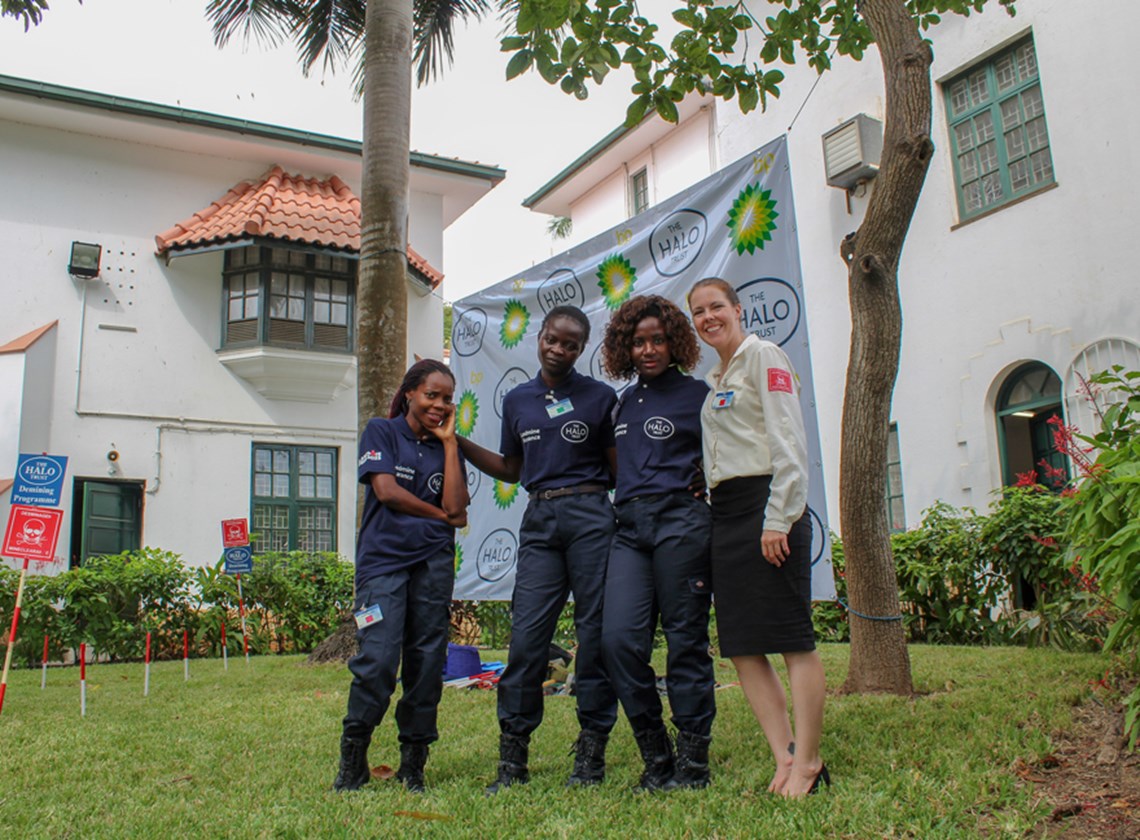 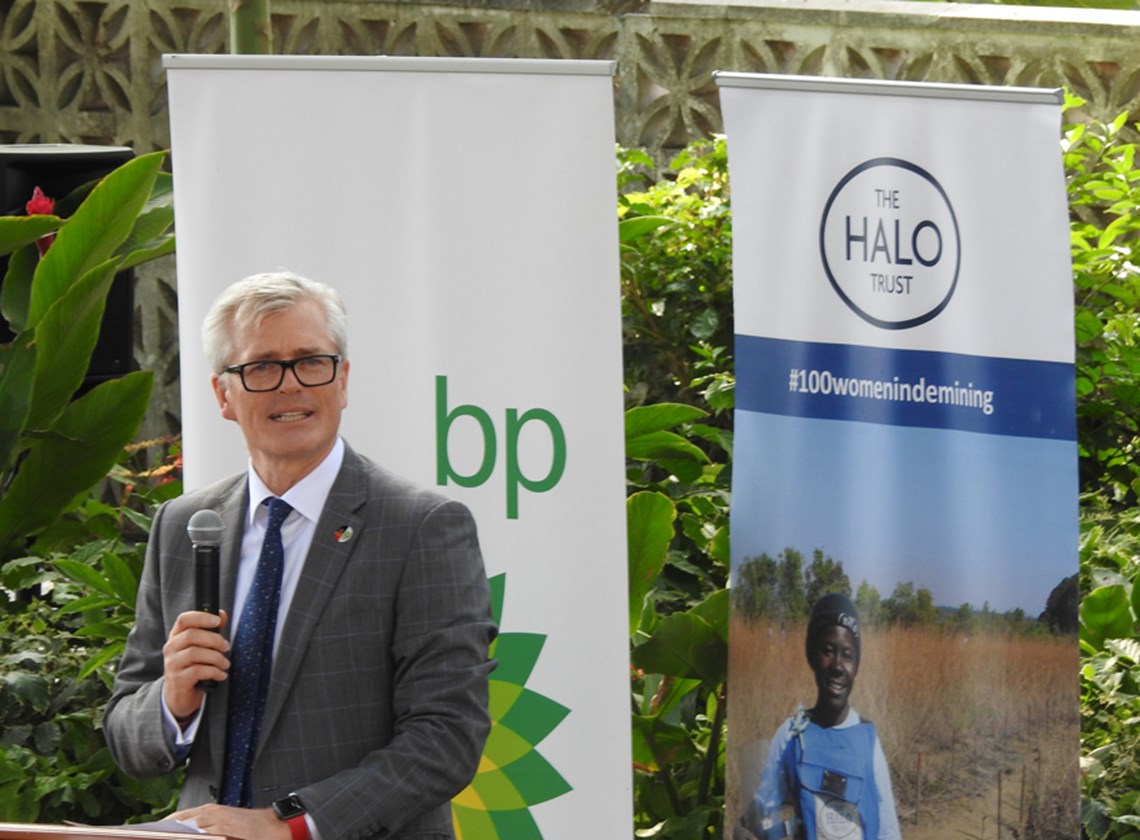 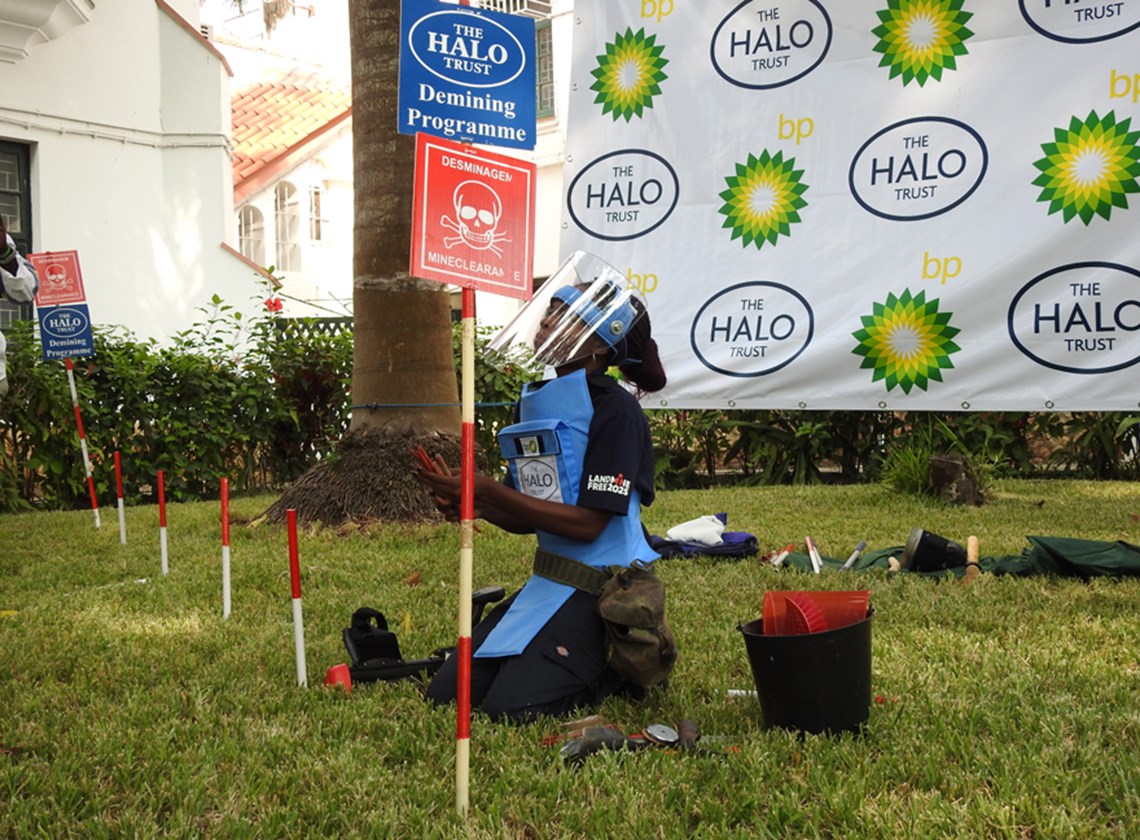 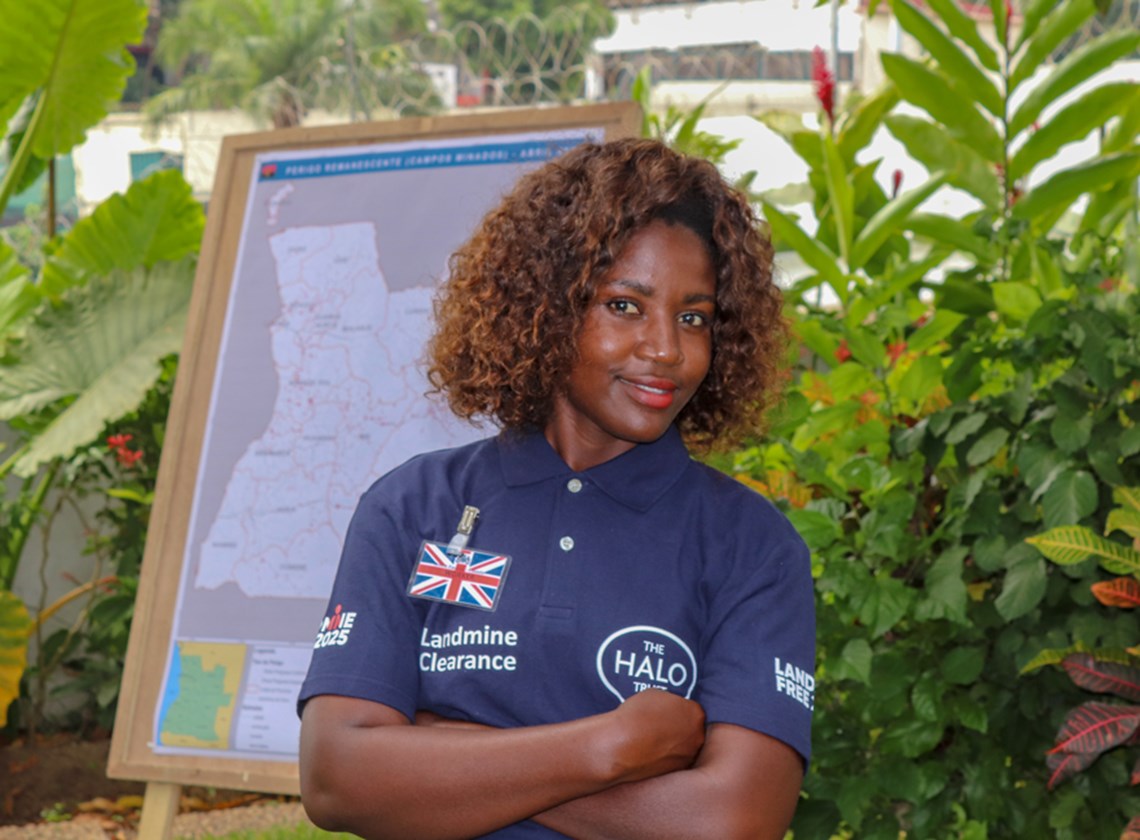