Climate change, at the levels currently being forecast, is going to have disastrous effects. One that is widely acknowledged is the increased threat of conflict. What’s less often discussed is the extent to which conflict itself is contributing to the warming of the planet and biodiversity loss – in a grim 21st Century feedback loop.

Effects like extreme heat waves, droughts and rising sea levels, alongside mass animal and plant extinction, will all be discussed during COP26. But when these impacts are combined with conflict, everything gets so much worse, especially for the most vulnerable.

Resource scarcity has long been recognised as a driver of conflict. By some studies, 40 per cent of internal armed conflicts in the last 60 years have been related to natural resources. The early impacts of climate change are already increasing the risk of war in the Middle East and North Africa over water. That can only increase as the impacts of climate change are seen in desertification, population movements and food insecurity.

At The HALO Trust, where we help people in conflict zones and remove the dangerous debris of war, we’re already studying how higher temperatures will affect decaying arms stores situated in crowded cities in Africa or the fuses of unexploded shells in the urban battlefields of the Middle East.

In Angola and Somalia, we are now clearing landmines and explosives not just to make people safe, but in partnerships with environmental specialists to ensure we create sustainable development and resilient communities.

But the interaction of climate and conflict is not just in one direction. Conflict itself is contributing to the climate emergency. It exacerbates pressure on finite resources and stops environmental degradation from being monitored and prevented. In simple language, armed groups sell logging concessions to buy guns. Environmental protections go out the window when there’s weak governance or no way to safely access protected areas. 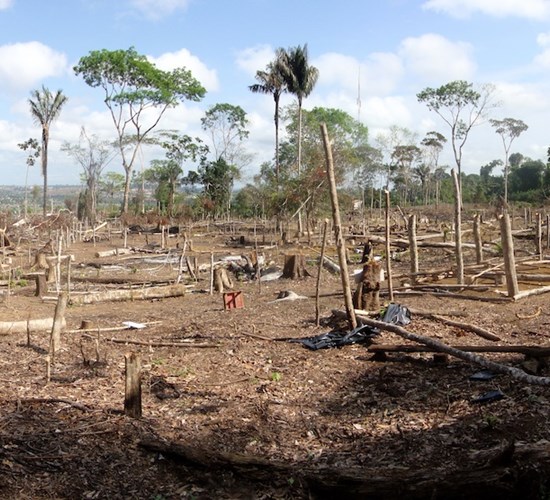 Up to 80 per cent of all major armed conflicts in the second half of the 20th Century took place directly in biodiversity hotspots that sustain around half the world’s plants and rare species of animals. In 2020 alone there was a sharp increase in deforestation in most conflict-affected countries.

And fighting is on the increase and changing in nature. According to the World Bank, violent conflict has increased after decades of relative decline, with deaths in war, displacement and military spending all having surged since 2000. And while drones and cyber attract the headlines, small arms and improvised explosive devices remain the weapons of choice of the non-state armed groups and state-sponsored militia who characterise most modern conflict.

What has changed is who influences wars. Analysis by the International Institute for Strategic Studies shows that 2020 saw a ten-year peak in levels of conflict intervention. But this is not The West in Iraq and Afghanistan in the 2000s, rather its regional powers with their own strategic agendas intervening from the Caucasus to Libya.

Modern wars are often fought on urban battlefields, leading to massive destruction. Subsequent reconstruction often involves rapid re-building using concrete, which in turn has a big impact on the climate – concrete produces eight per cent of global carbon emissions. So even the recovery from conflict has a planetary cost.

Around a fifth of the 193 members of the UN are countries mired in war and conflict. That is a huge part of the planet that will see climate change as, at best, a secondary crisis. These countries are unlikely to be in the frontline of climate mitigation when they have real frontlines of their own.

The result is a vast ungoverned space, with conflict economies often driven by the illicit trade in arms, narcotics, minerals, endangered species and people. And it sets the scene for further conflict over resources, trade and supply chain security as the planet heats up.

The endless wars of our century have real effects on the human development of those who suffer them. By 2030, the World Bank projects that 80 per cent of the world’s extreme poor will live in fragile and conflict-affected states.

What all this means is that the response of Governments to conflict must ensure their interventions don’t exacerbate the planetary emergency. In turn, to have any chance of success, any environmental response must prioritise areas that are at higher risk of violence and conflict.

When it comes to addressing the vicious circle of conflict and climate crisis, the cost of inaction is far greater than the cost of action. There is, literally, everything to lose.