Prince Harry and HALO in the news

Last week, we were proud to welcome Prince Harry to our programme in Angola. He visited the first minefield being cleared as part of our groundbreaking project to protect the precious Okavango headwaters in the southeast of the country.

The Duke then returned to Huambo and the area where his mother walked through a HALO minefield in 1997. Following in Princess Diana's footsteps, The Duke has drawn the world's attention to landmines—the unhealed scars of war—and called on international support to ensure that we do not turn our backs on the 60 million people around the world still living in fear of these weapons of war, ensuring his mother's legacy lives on. 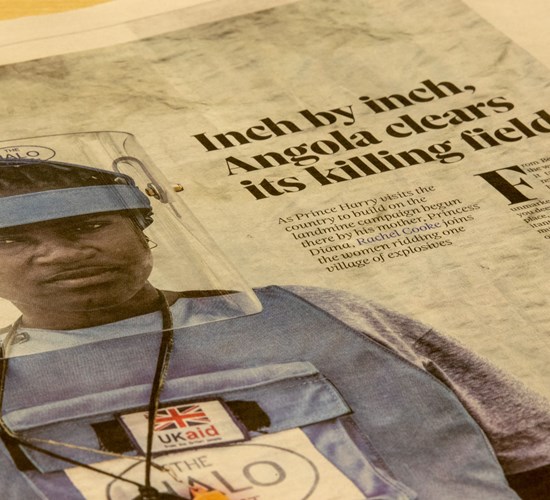 Last January, The HALO Trust, set up camp in the village of Cabio, bringing with it a small army of its own in the form of 18 Angolan women mine clearers. Having since removed 197 mines and 50 items of unexploded ordnance from the area, it hopes to complete the job next month.

Harry said he was humbled and honoured that his mother's anti-landmine campaign work continued to inspire others. 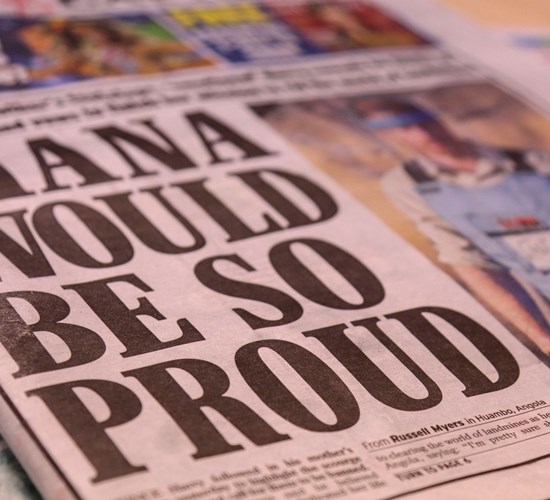