Ruth Davidson visits our Afghanistan programme as HALO and the UK Government complete ten-years of minefield clearance across Herat.

Following 10 years of mine clearance operations funded by the UK Government, The HALO Trust has handed over the Province of Herat in western Afghanistan to the local government.

A highlight of the clearance project has been the clearance of landmines around the 15th Century Minarets of the Husain Baiqara Madrasa in Herat City. Towering over 100ft above the city, they are the remains of one of Afghanistan’s most stunning historic landmarks and were long threatened by conflict. As part of the UK-funded Herat clearance project The HALO Trust delicately removed landmines from around the bases of the minarets enabling their preservation by UNESCO. 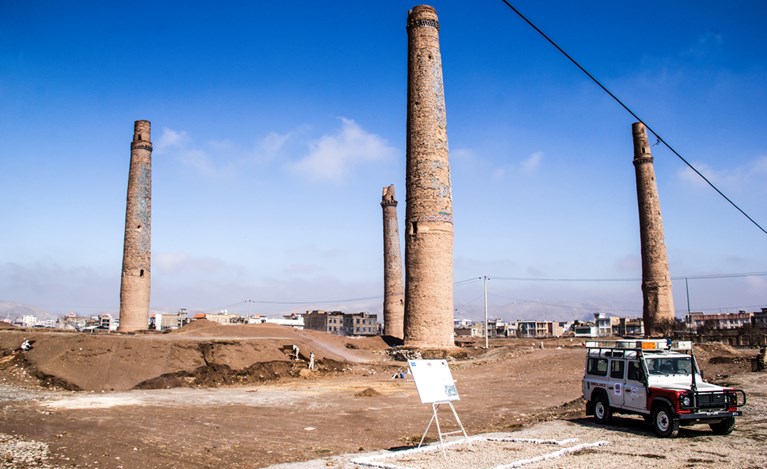 Mine laying during previous phases of conflict had left Herat with the highest landmine accident rates in the country before clearance started in 2008.

The removal of landmines has had a major impact on Herat’s potential for economic development. Around 75 per cent of the population of the province is rural and millions of square metres of prime agricultural land were unavailable because of the fear of landmines. With UK funding, HALO has made 40 million square metres of agricultural land safe to farm, and in doing so has improved food security for farming families. 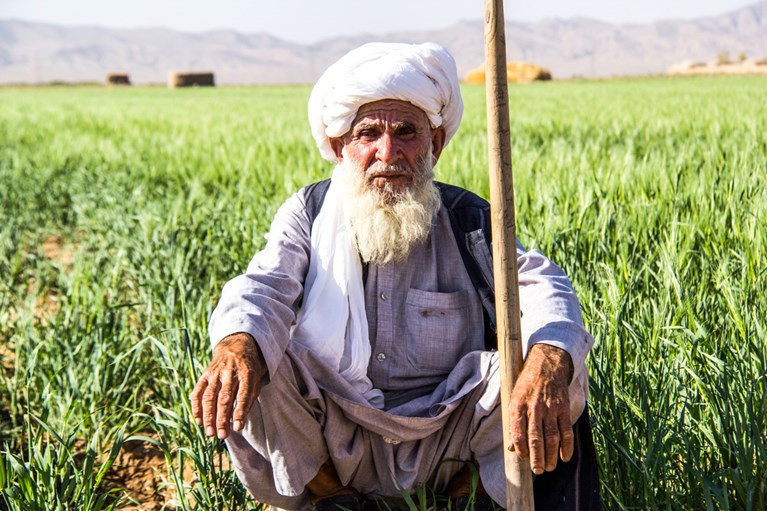 “Landmines are an abhorrent and indiscriminate killer that causes suffering across the world. It is often children who are the most affected by landmines, playing in dangerous areas where one wrong step can maim them forever or take their life. Clearing land of mines gives people a chance to rebuild their lives through new schools, farming the land and starting businesses that allow them to support their families."

“The HALO Trust was founded 30 years ago in Afghanistan and has grown to be the world’s largest humanitarian mine clearance organisation. The handover of the land to the Governor is yet another milestone for them to celebrate and shows how UK aid is supporting one of the most fragile countries in the world to stand on its own two feet. This is one of the many ways that UK aid is making the world safer, healthier and more prosperous for us all.” 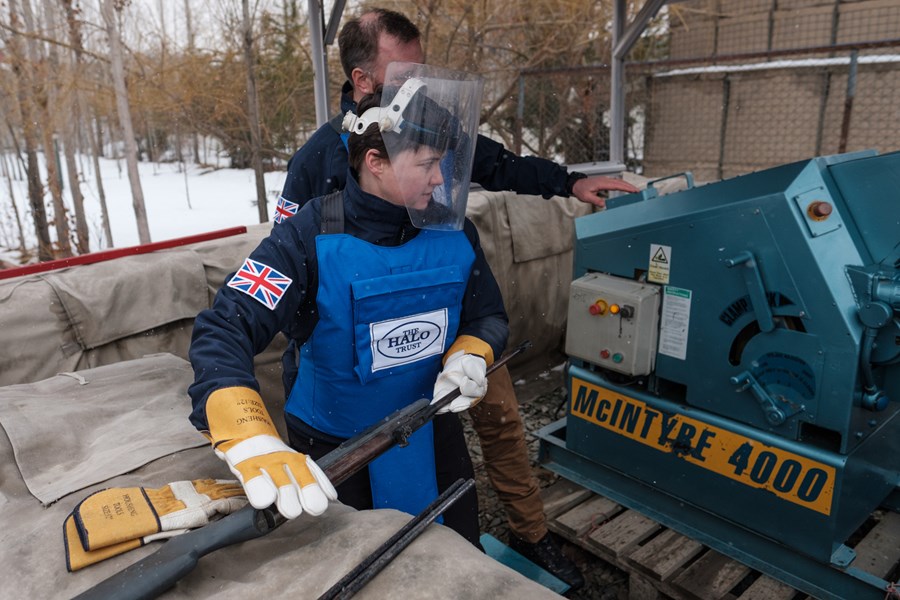 “The HALO Trust is one of the great Scottish success stories. From its base in Dumfriesshire it now has around 8,000 full time staff around the world operating in conflict and post-conflict zones. Literally millions of families have been able to return to their home safely thanks to its work. As a long-term supporter, I was honoured to have been asked to see its work for myself.”

"The HALO Trust is doing tough, dangerous and very important work right across Afghanistan. Every region in Afghanistan is affected by mines and while some have been laid during the current conflict, thousands are left over from the wars of the past. Every minefield has the capacity to maim and kill civilians and they stop local people from being able to farm, build or even travel certain key routes."

"Learning the techniques of landmine clearance has shown me just how dangerous and painstaking the work is. HALO’s staff are committed to ensuring that every part of Afghanistan has a future and every person living here has a chance to go about their daily life without the threat of stepping on one of these killing machines. The UK government has recognised the importance of this work and how vital it is in helping some of the poorest and most unstable countries in the world to develop and become safer, more prosperous places. This means they can recover to the point where they no longer need help from the international community."

"With so much attention on the work of NGOs this week for all the wrong reasons, it has been a privilege to come to Afghanistan and see this life-changing work in one of the most difficult regions on earth.This is the real story of what aid money can achieve. It is changing lives, and the world, for the better." 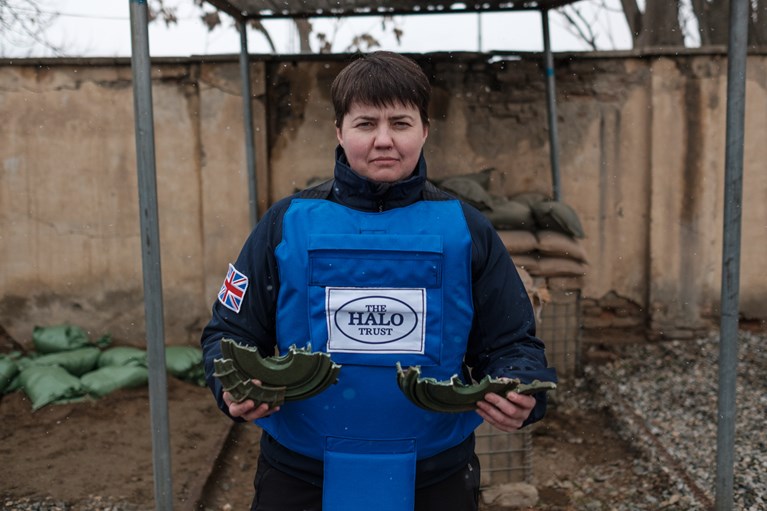 “Not many politicians get to visit Afghanistan and it takes a certain sort to face its dangers only a few days after some major attacks. Ruth saw for herself the work of the 3,500 HALO staff who work across the country. She also witnessed the amazing contribution that UK DFID is making to clearing the country of landmines. DFID’s support is saving lives and creating livelihoods.”

“It’s 30 years since HALO started its life saving work in Afghanistan. In that time, governments have come and gone and war has ebbed and flowed. We have stuck the course. Far from leaving Afghanistan, my vision is for an NGO that strengthens not weakens its commitment to the country. HALO therefore has plans to employ yet more Afghans and give them a peaceful alternative to war, clearing the debris not only of previous conflicts but dealing with today’s lethal weaponry. As Afghanistan’s population grows and pressure for land increases, one day we would like to see all of the country’s land restored to productive use.”