Ten years ago, the uprisings in #Syria began against President #Assad. @carolinehawley speaks to one man - Saeed - whose experience of personal loss, of hunger and of displacement, mirrors that of millions of Syrians. #BBCNews pic.twitter.com/zNwIjEQRuh

In March 2011 Syrian protesters began to marched in Damascus and Aleppo,  demanding the release of political prisoners and democratic reforms. The protests were triggered by the Arab Spring protests elsewhere and by the arrest of a teenage boy and his friends a few days earlier in the city of Daraa.

Ten years later millions of people have been displaced, hundreds of thousands killed and injured, and much of Syria destroyed and contaminated by dangerous debris. HALO has been working in the country since 2017, teaching people how to stay safe amid the debris, supporting the victims of landmines and unexploded ordnance. We are also marking the location of dangerous items and beginning the job of making it safe. 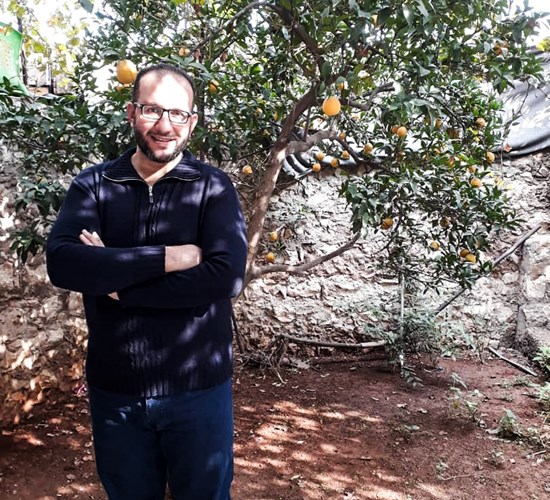 "You keep working. You keep trying to live your life. Millions of Syrian people have been though what I have been through."

Sa'eed is HALO's risk education team leader in north west Syria. He once was an English teacher and worked worked subtitling English language TV series and movies for a private dubbing studio in Damascus before the war. He tried his best to avoid the conflict until his family came under chemical weapons attack. He then spent time in the opposition enclave of Eastern Ghouta when it was under siege he was wounded, starved and later was evacuated to Idlib in the north west of the country.

BBC Radio 4's Today Programme featured Sa'eed to mark the 10th anniversary of the conflict. As you will hear from the report, the need for HALO’s work in North West Syria is acute.