Bringing technology and transparency to weapons stores in the Western Balkans

HALO's project to develop a new weapons marking and registration system for the armed forces of Bosnia and Herzegovina, under the ammunition, weapons and explosives masterplan, has not only made safe 97 per cent of the country's arsenal, it has set a path for similar programmes across the Western Balkans.

Since 2017, HALO has worked with the armed forces of Bosnia and Herzegovina (AFBiH) and the European Force in Bosnia (EUFOR) to oversee an innovative weapons management system that has registered 62,000 weapons - thereby preventing them being diverted for criminal and violent use.

The  Balkan Wars of the 1990s left large quantities of weapons in poorly managed stockpiles and in the hands of military and police as well as militias and civilians. Subsequently, the Balkans has become an acknowledged source of guns diverted from stockpiles for illicit use in Europe and elsewhere. 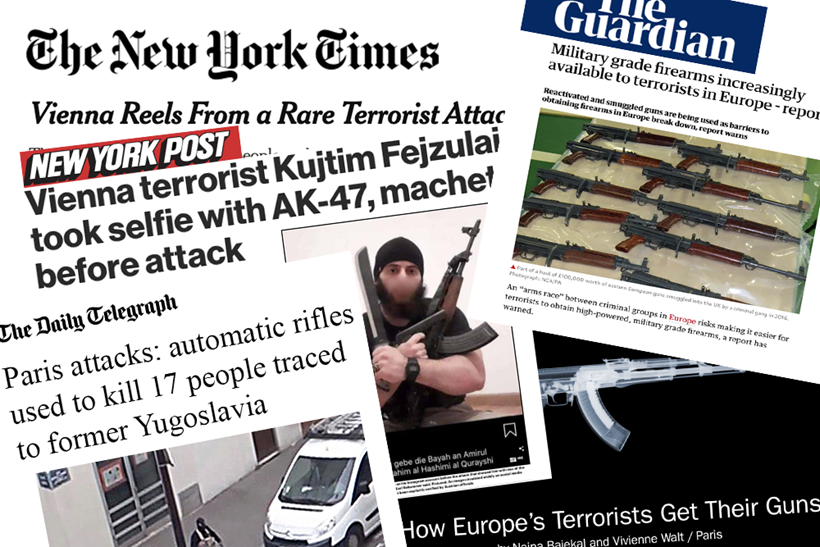 Following a national  assessment with the organisation Small Arms Survey in 2017, HALO, AFBiH and EUFOR have marked and registered almost the entire state military stockpile in Bosnia and Herzegovina.

HALO also worked with the UK-based company Pryor Marking Technology. The backbone of this unique project is a comprehensive database and secure record-keeping system, produced by researching and  cataloging the Bosnian military inventory before marking began.

"The marking and registration of weapons is an essential prerequisite for limiting the diversion and illicit proliferation of small arms and light weapons." 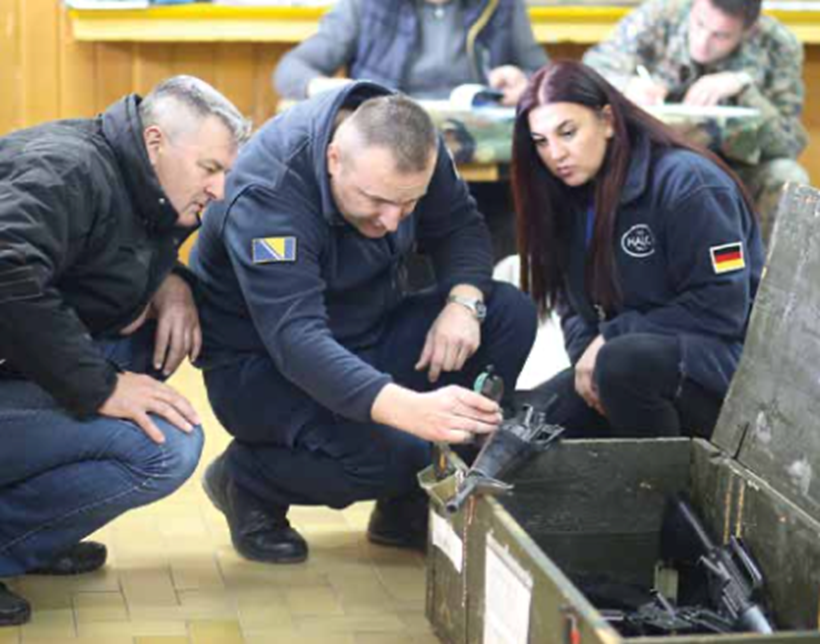 "Donors are looking for results in the Western Balkans and this well-coordinated partnership between the private, military, and humanitarian sectors in Bosnia and Herzegovina provides a model to support and emulate."

HALO's hope is the extensive consultative and legal-political preparation it put in place for this marking project to begin can be replicated in other West Balkan countries.

An assessment of the project was carried out by the Bonn International Centre for Conversion and concluded: "Measured against its purpose—and in terms of efficiency—HALO’s marking and registration project in BiH has been a success. The preparation phase, specifically the logistical coordination and design of the database, proved to be more demanding than the marking procedure itself. The transfer of HALO’s experiences elsewhere therefore need to consider the substantial preparatory legal and political input as well as the logistical and training requirements."

A full description of HALO's weapons marking project in Bosnia is available in The Journal of Conventional Weapons destruction.

HALO's work in Bosnia and Herzegovina is funded by the German Federal Foreign Office, the United Kingdom and the Norwegian Ministries of Defense, and the United Nations Trust Facility Supporting Cooperation on Arms Regulation (UNSCAR).