From farmers' fields to minefields

The Ukrainian government estimates about 62,000 square miles of territory may be contaminated with landmines and unexploded munitions, including 10 per cent of the country’s farmland.
16th October 2022 | Ukraine

Golden stalks of corn ruffle in the wind to the right of a dirt track. To the left, a bright yellow stick protrudes from the ground. The stick represents an anti-vehicle mine.

This is Velyka Dymerka, not far from Brovary in Kyiv region. It is rich agricultural land. Further along the track, overripe cherries drop to the ground, and on the other side of the treeline lie fields of cabbages. But the territory was occupied as the Russians advanced towards Kyiv in March and the land is no longer safe.

In a small clearing are the remains of a vehicle, its entire back blasted away. It hit an anti-vehicle mine on 12th March. Two men died. In the treeline, deminers search the ground with detectors, inch by careful inch. The threat here is a complex mix of anti-vehicle mines, anti-personnel mines and grenades laid with tripwires. The land has taken more lives – a member of the Ukrainian State Emergency Services was killed and a second badly injured as they tried to remove a mine several months ago. Much of the land here is rented to local farmers by agricultural companies. Andrii has worked as an agronomist for 20 years.

“Before the conflict, our organisation owned 600 hectares of land. But now we can only use 200 hectares because the rest is mined, or we don’t have access because of the fighting. The war has affected us because we cannot tend to our gardens.”

The accidents here have made both locals and the farming organisation afraid to use some of the land; the mines have been found just metres from fields and orchards. The Ukrainian government estimates about 62,000 square miles of territory may be contaminated with landmines and unexploded munitions, including 10 per cent of the country’s farmland. This has had reverberations around the globe, with the food crisis worsening by the day. In Ukraine, gathering the harvest has become a deadly undertaking—about 50 per cent of the people killed or injured by landmines since the Russian withdrawal around Kyiv have been victims of anti-tank mines, many of these were tractor drivers working the land. 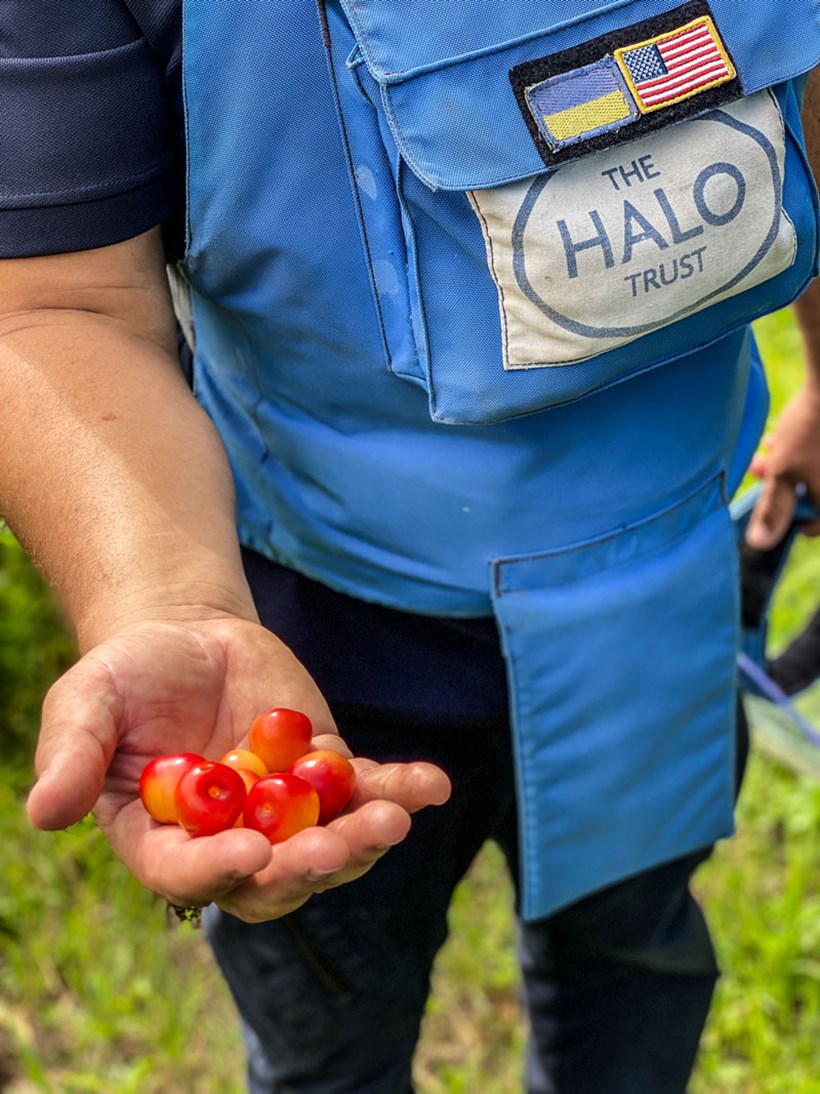 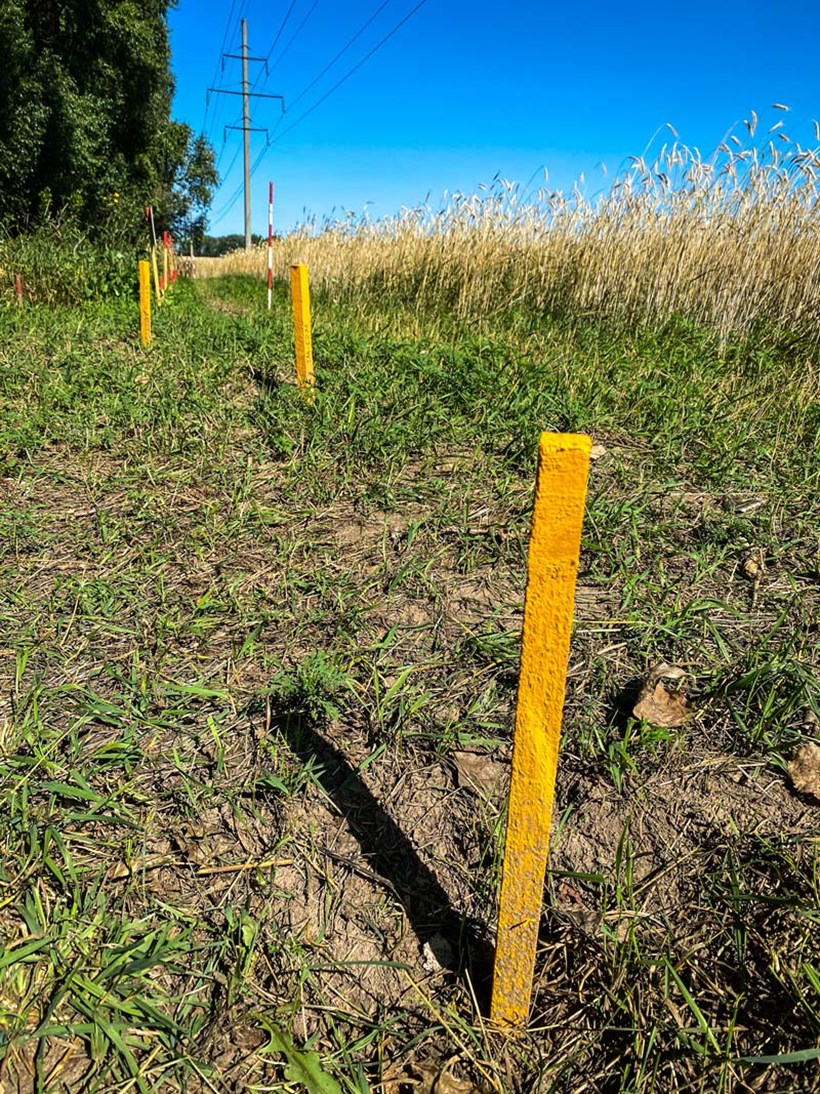 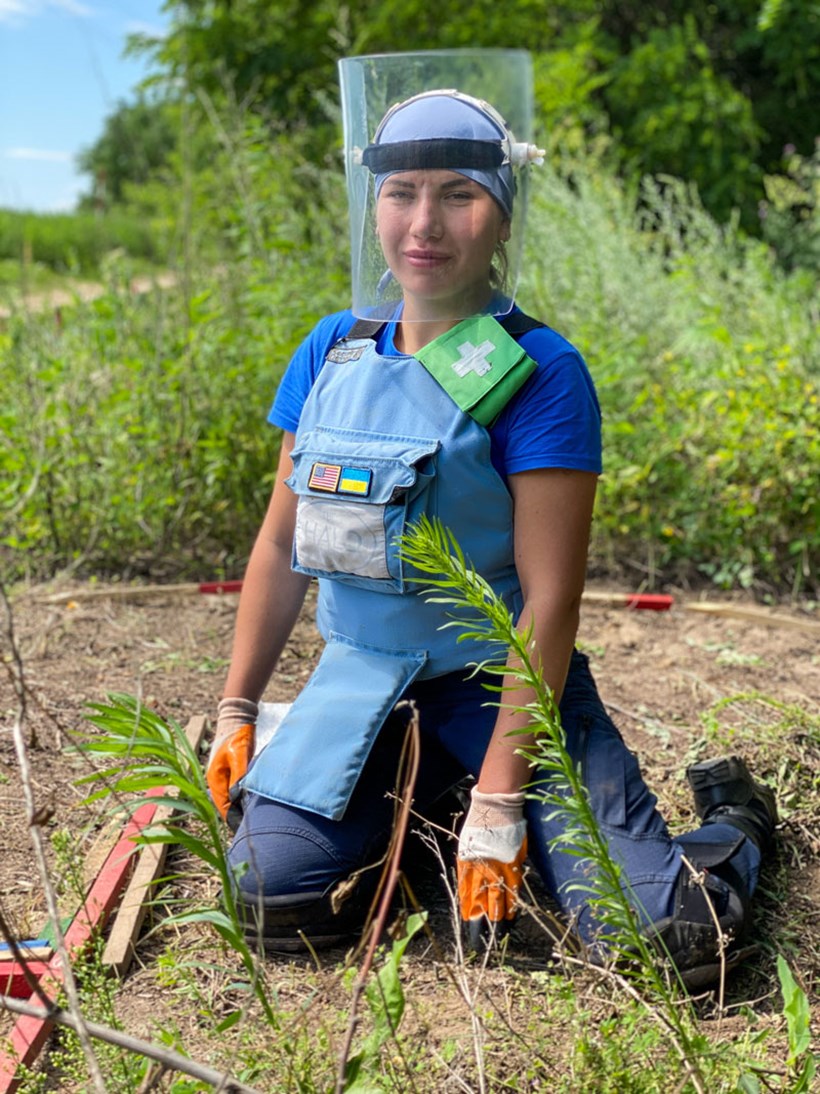 HALO has over 500 Ukrainian staff working across the Kyiv, Chernihiv and Sumy regions. There has been a focus on clearing agricultural fields, with the aim of boosting food production to alleviate global pressures. At Velyka Dymerka, HALO has identified four minefields to clear and our deminers began work on the first three in mid-June. In total, we will clear over 10 acres, ensuring people can return to the land safely and helping to secure the supply of produce to shop shelves.

“We were worried about working here, especially in the first days after the conflict. It was scary. But now the demining is happening, so we are more confident.”