“The best thing about this job is that there are so many women here working together. It’s important for women to be involved in demining because it’s not only men who can play an important role in saving this country. In other countries, women are doing so much to help with the demining effort and we are ready to do the same in Angola.”  Julia Kuyanga Tchimbia, Paramedic Deminer

HALO Angola’s 100 Women in Demining marked a historic achievement last month, with the first minefield in Angola completed start to finish by our female deminers. Two teams of seven women worked for nearly 100 days to make an area of 19,000 square metres safe—the size of about 75 tennis courts.

“I joined HALO because I wanted to contribute through my work to making the country safer for others. We suffered during the war and I didn’t want other people to continue to suffer as a result of landmines.” Luciana Necundi Marcolino Tchiteculo, Deminer

The minefield was located on a hill overlooking the community of Bairro Caxima in Benguela Province, home to over 80 people. Between 1998 and 1999 it was used as a strategic position by government troops, providing a lofty perch from which to survey the land in all directions. Cassava, the staple of local people’s diet, grows in abundance here. However, for many years before HALO’s 100 Women arrived, the community was deprived of harvesting this vital food source, fearful of the presence of mines. Frighteningly in more recent times, the pressure to find land to cultivate had led some residents to risk venturing into the minefield to pick cassava and build shelters for their animals. 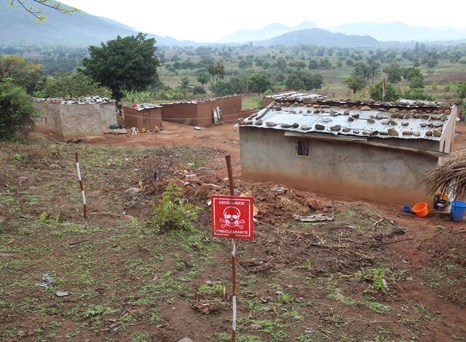 Before the minefield was cleared locals were unable to cultivate the land, fearful of the presence of mines. 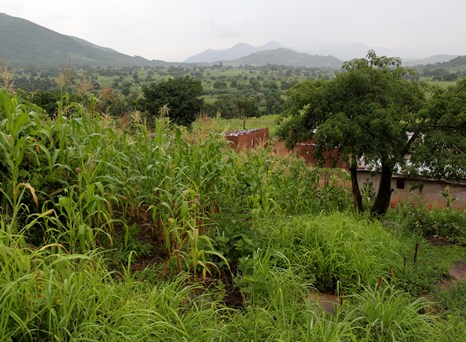 Today, cassava and cash crops such as bananas and mangos can be grown, providing important income.

The village also houses a hospital of traditional Angolan medicine, built to meet the needs of locals who wanted access to traditional medicines, but also drawing patients from more distant provinces of Huambo, Moxico and Luanda. Doctor Miguel Mariano is its founder, who knows only too well the danger posed to the community by the presence of landmines before HALO cleared the land.

“After a heavy shower, I saw the tops of three mines in an area being prepared for planting. I informed our community and insisted that people stay away from the top of the hill for their own safety.” Dr. Miguel Mariano, Bairro Caxima

Thanks to the dedicated work of HALO Angola’s 100 Women, the land is now safe and can be used to nurture the medicinal plants used by the hospital. The community will also benefit from the additional land, enabling them to diversify into growing cash crops like bananas and mangos, yields that will bring much needed income. The presence of the 100 Women also meant people were able to pass on first-hand accounts of discoveries of other deadly explosives of war and HALO was able to destroy any dangerous items. 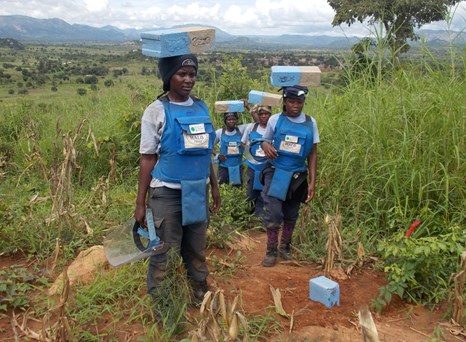 The deminers carry blocks for marking the cleared area. One is placed at each GPS turning point. 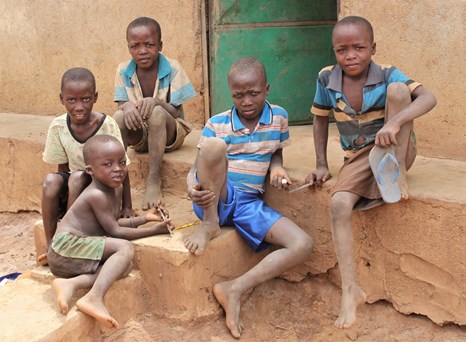 Boys from Bairro Caximo. Thanks to the work of the 100 Women teams, the 40 children who live here will no longer be at risk of stepping on a landmine.

The complete clearance of the minefield by HALO’s 100 Women is an historic milestone for the project, that through the employment and training of female deminers, aims to provide an environment for the empowerment of women in Angola. For Paramedic Deminer, Elisa, the opportunities are clear:

“Within HALO I would like to become the first female Minefield Supervisor in my home province of Benguela, not just because it’s a better job, but because it will increase my own capabilities and experience, as well improving the security of my country.” Elisa Kembo Troco Chivela, Paramedic Deminer 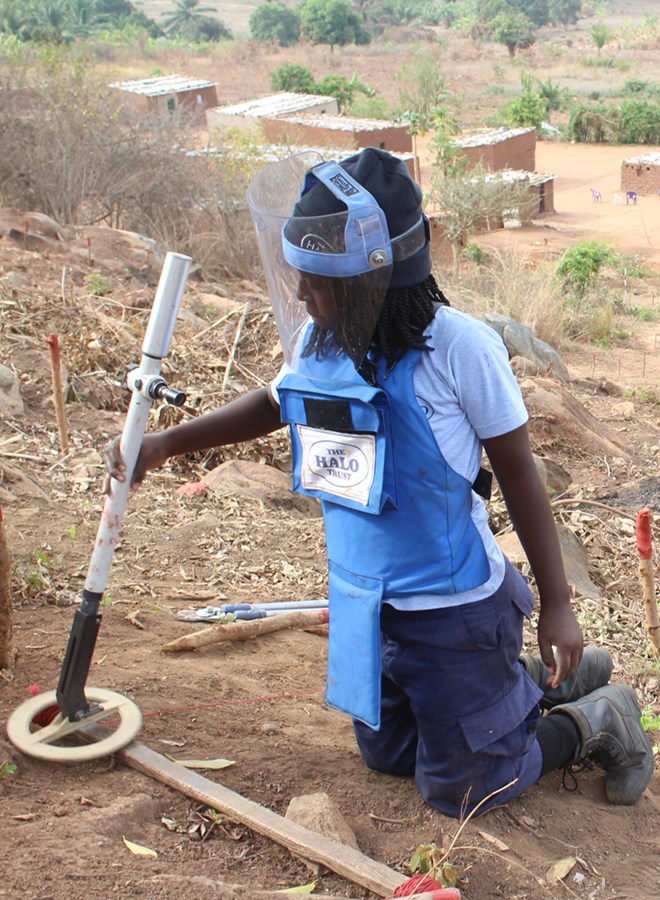 A deminer at work using a detector to check for a signal—indicating a landmine could be buried beneath the earth. 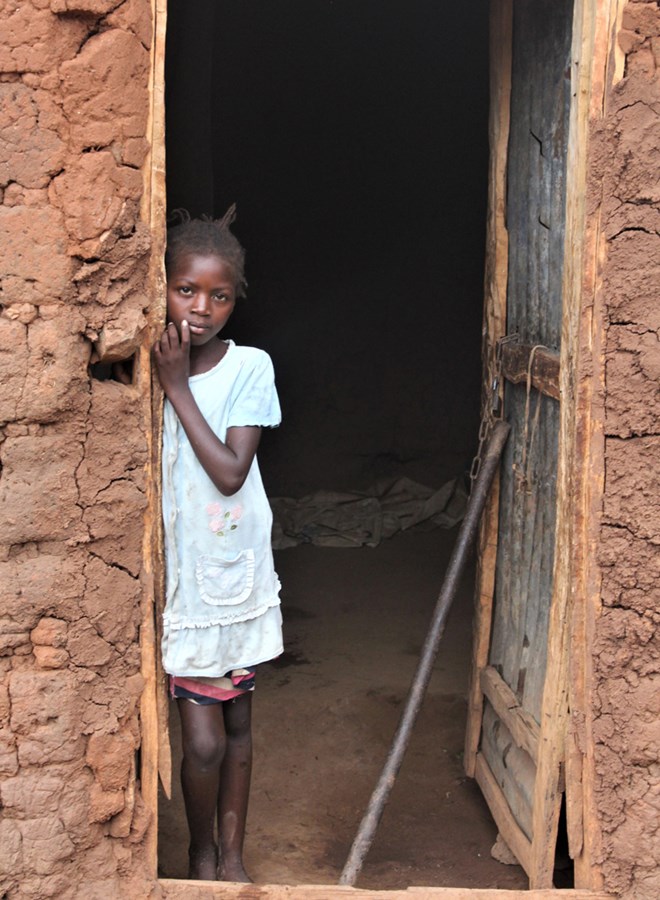 A young girl who lives in the village of Bairro Caxima, now safe from the threat of landmines.