Samedin Kukaj has lived in the small Kosovan village of Banjica all his life. At 83, he is the head of a large family, providing for his children and grandchildren by farming the same land cultivated by his ancestors. Before the Kosovo conflict, the family of 28 enjoyed a good standard of living, provided by their cultivation of corn, barley and wheat and their herd of 16 cows and flock of 45 sheep.

But the war changed all that. As the Yugoslav Army moved closer to the village, the terrified family would sleep out in the woods, close to the Kosovan Liberation Army (KLA) positions and sheltering in tents and trenches. When their house was eventually taken over by Yugoslav soldiers, Samedin would sneak back to his fields after dark, gathering whatever food he could to feed his family. Tragedy struck later when one of his grandsons was killed by artillery fire.

When the conflict ended, the Kukaj family returned to find their house burnt to the ground and all their animals either dead or missing. The family set about rebuilding their lives, but struggled to access the remaining area of fertile land due to landmines.

I found it hard to feed my family. We couldn't cultivate so we had to buy food, but we had no money.

Samedin sought work as a casual labourer, but when the mines continued to threaten his livelihood and safety.

We knew there were mines so close to the houses. We'd seen them when we tried to plough the land. We told the children and tried to keep them inside, but it wasn't easy - we didn't feel safe anywhere.

Banjica first received external mine clearance assistance in 1999 but this was not complete. Three mines were then discovered by local people in the weeks after clearance and another mine was found near the stream in 2006.

The village was finally made safe in 2011 when HALO cleared Samedin’s land and found six mines.

We are still poorer than we were before the war, but at least now, because of the work that HALO did here, I have no fear for my family's safety. We were so lucky that no one was hurt. 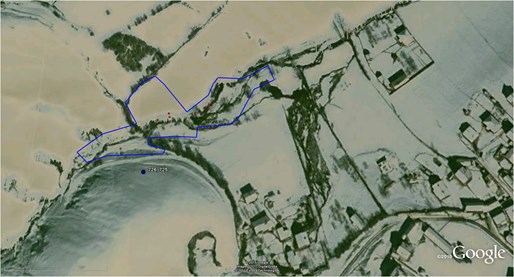 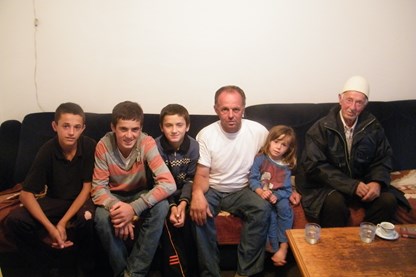