LONDON-LUANDA – A major new conservation initiative was announced today between landmine clearance charity The HALO Trust and the Government of Angola.

The event was hosted by Chatham House, The Royal Institute of International Affairs, and saw Paula Coelho, Angola’s Minister for the Environment, announce that her government will invest $60 million through HALO in an initiative to clear landmines surrounding the Angolan Okavango watershed.

‘Cuando Cubango Province was one of the most badly affected by the war. It encompasses the National Parks of Mavinga and Luengue-Luiana, the Angolan component of the KAZA transfrontier conservation area. Angola has committed to remove landmines from the parks so that wildlife can be conserved and so that economic development can thrive using the best models of sustainable tourism.” 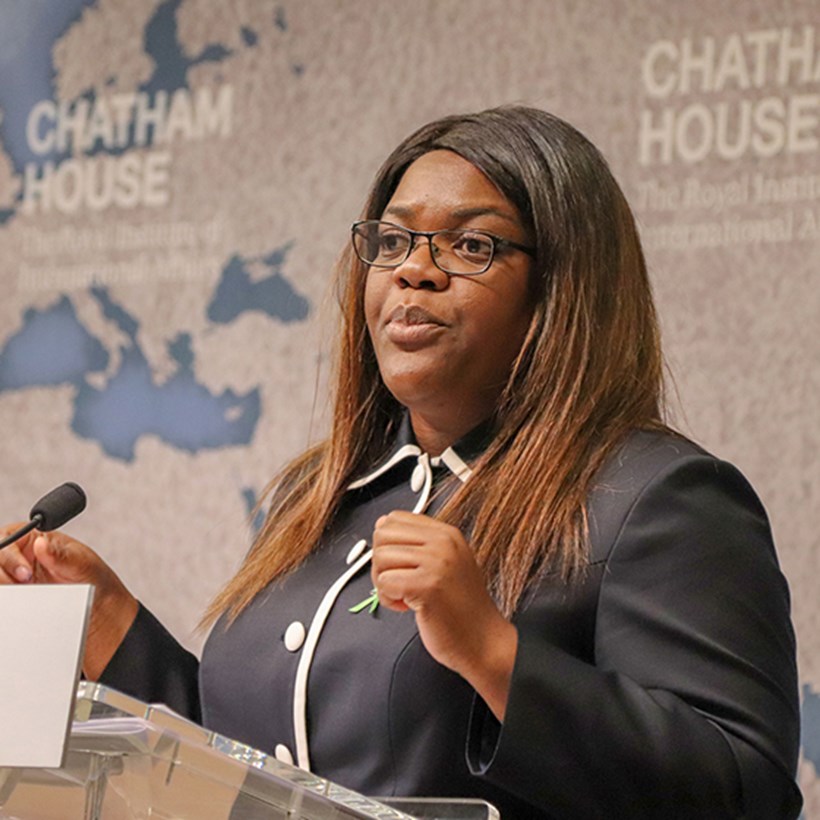 The Duke of Sussex also attended the event. His Royal Highness visited the Cuando Cubango region in southeast Angola with the HALO Trust in 2013 where he saw first-hand the impact of landmines on communities and the human suffering they cause. The Duke also visited Chatham House in June 2017 to take part in a scenario planning exercise, which showed the importance of landmine clearance within a humanitarian emergency.

"Angola has some of the world’s most important remaining wilderness that is critical to biodiversity and an asset that should be protected, celebrated and benefited by its people. I was told just the other day of the positive transformation in Huambo since my mother walked that minefield all those years ago. What is less well-known is the impact landmines can have on conservation and wildlife, and therefore the economy."

South-eastern Angola is one of the last wild places on Earth, but large parts of the watershed feeding the Okavango system are inaccessible to conservationists because of landmines – a legacy of Angola’s civil war that ended in 2002. Local people live in fear of death and injury and local development is severely restricted. Clearing the mines is the first step towards developing a conservation-based economic model to provide sustainable development for local people.

The Okavango headwaters, fed by rivers in the Angolan highlands, provide water to around one million people and supports the world’s largest population of African elephants, significant populations of lions and cheetahs and hundreds of species of birds. The river systems feed the Okavango Delta, a UNESCO World Heritage Site.

The HALO Trust has been working in Angola since 1994, during which time it has destroyed more than 95,000 landmines and cleared 840 minefields. The charity rose to global prominence when its staff escorted Diana, Princess of Wales through a cleared minefield in Huambo Province in 1997. An estimated 1,155 minefields remain to be cleared in Angola, equal to a total mined area of 121 km2.

Angola’s investment of $60m over five years will fund clearance of 153 minefields in the south-eastern province of Cuando Cubango inside the Mavinga and Luengue-Luiana National Parks. The HALO Trust, which has joined the Okavango-Zambezi Watershed Partnership of conservation groups, estimates that it will take an additional $60 million to clear all the remaining minefields, outside the parks, but around the river systems that feed the Okavango. HALO is seeking partners to match the Angolan Government funding so it can completely clear the headwaters.

Angola’s announcement honours its commitment to the 1997 Landmine Ban Treaty to clear all landmines on its territory before a 2025 deadline. The Angolan Government has an ongoing programme to fund demining under the Comissão Executiva de Desminagem, which will also be active in Cuando Cubango province. The US State Department and UK Department of International Development are also donors to Angolan mine clearance, along with the Government of Japan. 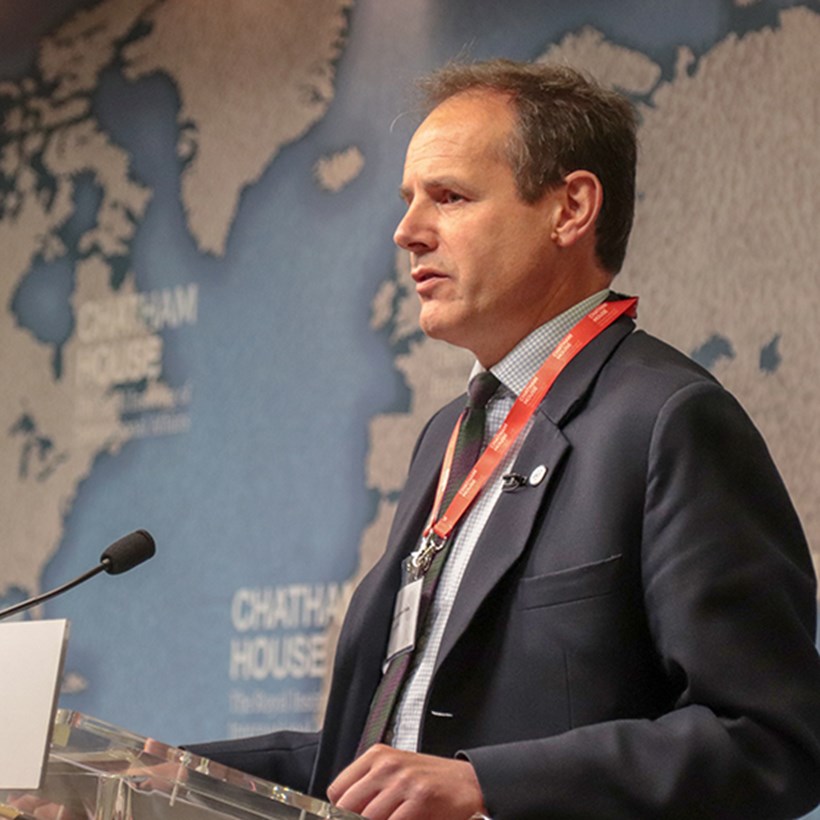 ‘The HALO Trust is honoured to have been entrusted with clearing landmines from the headwaters of the Okavango and Angola’s National Parks. HALO’s long partnership with Angola includes the visit of Diana, Princess of Wales’ 1997 visit to a minefield that so completely changed the global approach to landmines. Our work in the coming years will make local people safe and is the necessary first step to allow Angola to develop the kind of conservation tourism that can protect wildlife while providing sustainable future development.’

“Angola has been at peace for 17 years. There is a unique opportunity to eradicate landmines completely by 2025 and unlock the country’s unique wildlife potential. Chatham House’s Angola engagement and research has shown that this could help diversify Angola’s economy, enhance conservation, and support new jobs.” 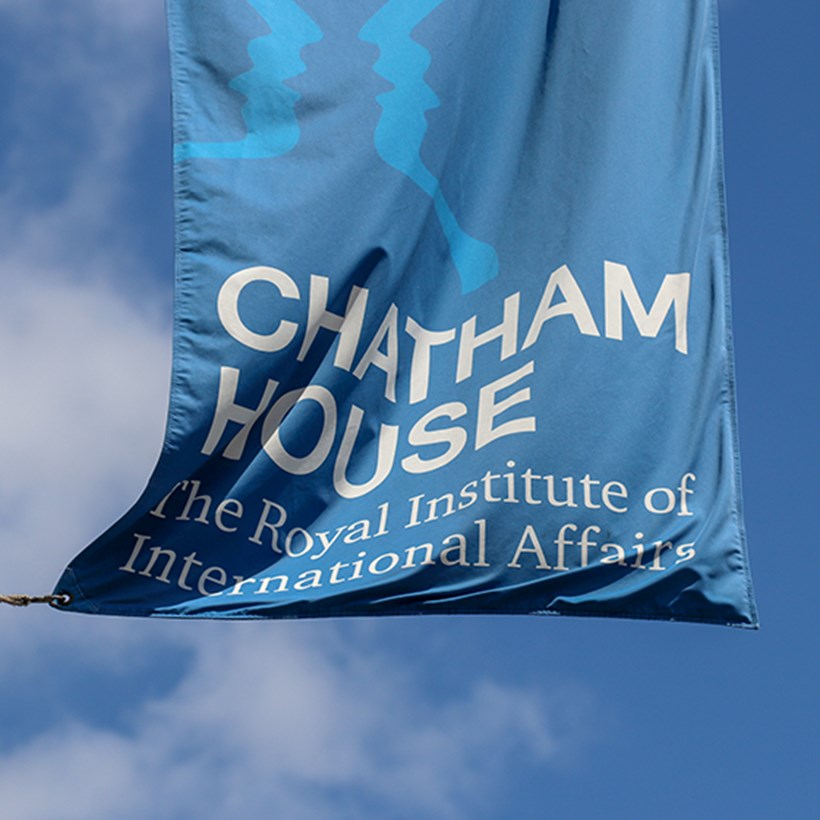 Learn More About this Groundbreaking Project 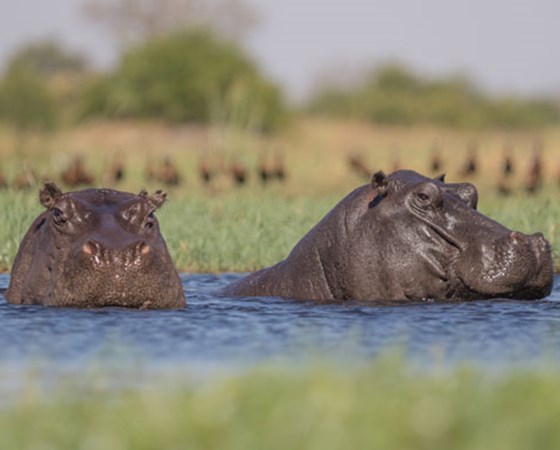 Destroying the landmines so wildlife can return

By clearing the landmines, HALO will open up safe access to the Okavango headwaters. Conservation measures can be introduced, allowing endangered species to return and flourish. 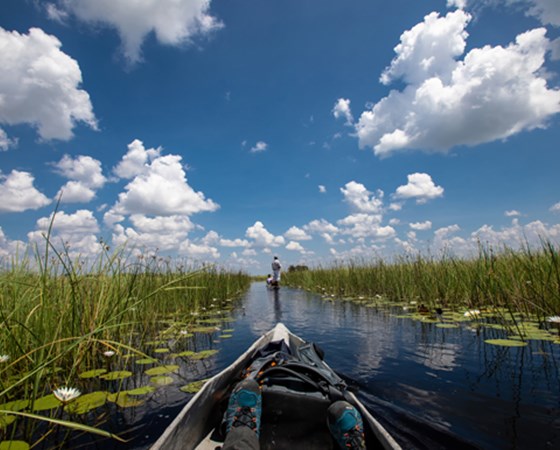 Join the journey with HALO

This groundbreaking project will transform the future of the Okavango, laying the foundation for life, agriculture and eco-tourism to thrive. Join us on Angola's journey to a brighter future. 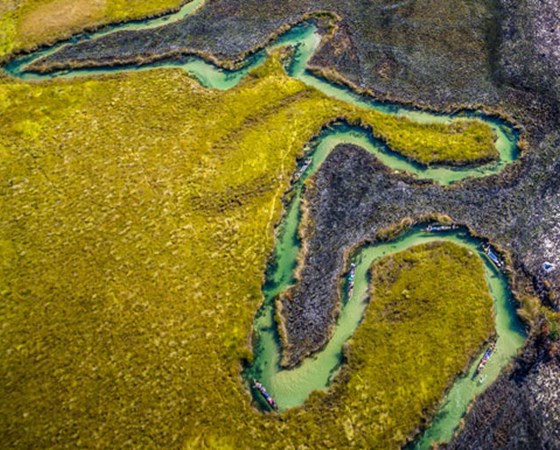 Clearing a path to a brighter future

Explore an interactive map of the minefields that need to be cleared to protect the Okavango headwaters in Angola.