Karabakh After The Ceasefire

"Everybody has lost someone or something; a precious relative or a much-loved home."

Driving through Karvachar just days before the handover to Azerbaijan, I stared hard at the scenery, as if to imprint the details into my memory. I knew it would be the last time I would navigate this beautiful road that twists and turns through the mountains of Karabakh. I was not alone. The road was busy with busloads of families returning from Yerevan, where they had fled when the war broke out. Like me, many stopped off at the ancient monastery of Dadivank. I am not a person of faith, but as I watched the impromptu baptisms around me, I felt the weight of history. It felt strange to see a Russian tank with their flag waving over a place of worship here. However, the congregation was pleased to see it.

I was returning to Stepanakert to join my colleagues at The HALO Trust, a neutral humanitarian demining organisation that has been clearing landmines in Karabakh since 2000. During my employment, I have met many families who have lived off land cleared by HALO. They are by no means wealthy, but once the landmines were cleared, the land was bountiful and they were able to raise livestock and grow vegetables. Many of these families were now forced to abandon their smallholdings and pack up their precious few belongings for a new life in the capital or other remaining parts of Karabakh. 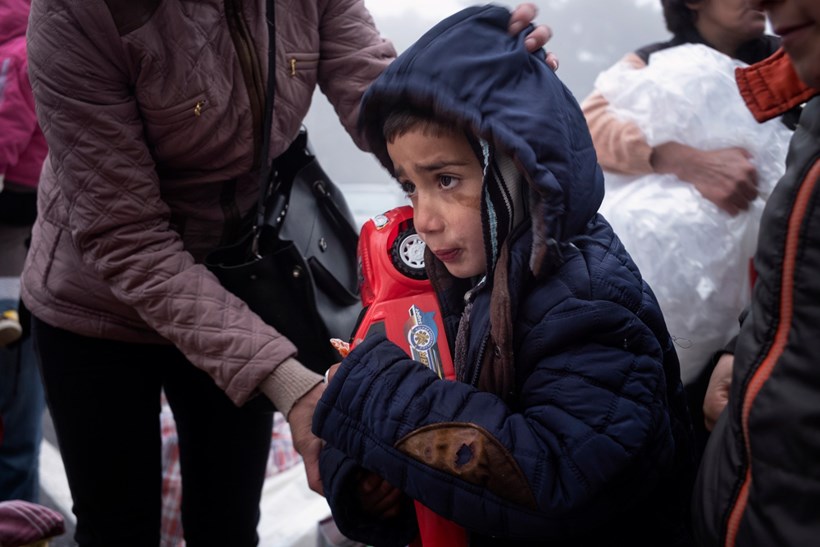 Five year-old Massis Haroutunyan clutches his toy truck as he and his family wait in the freezing cold for a ride to their home. He and his five siblings and mother fled their home in Karmir Shuka, a village in Martuni where heavy fighting took place and have only just begun to return. Spirals splash across a sidewalk after the explosion of a cluster munition. HALO is beginning the heavy work of removing all of the unexploded ordnance left over from the 45 day conflict.

Stepanakert was foggy and cold that day. Buses dropped off the displaced families in the city centre. Children stared listlessly as their parents made anxious phone calls, trying to find accommodation for the night. There were frequent communication blackouts due to telecom towers that were damaged during the war. Aid workers and journalists huddle in the one hotel with internet access.

Over the next few days, there were signs of life almost returning to normal. There were vegetables and bread in the markets and more clothes hung to dry above the streets. It was heartening to see children's clothes drying alongside them now.

I visited a family whose village HALO had cleared a few years ago. A mother of six had returned to her land, which was now very close to the line of contact. Of a village of 200 people, only a handful of families had returned. As her three-year-old played with his toy cars, she told us how she felt lucky: some of her neighbours had had their entire homes burnt down by shelling.

"My colleagues and I travelled onto Martakert and Martuni towns. There was glass everywhere and we found some cluster munitions in the streets, as well as a rocket on the side of one of the main roads." 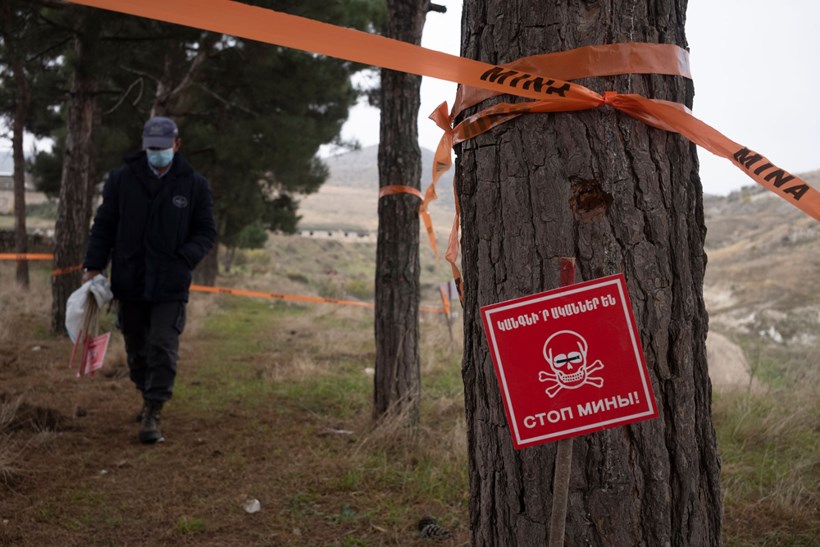 Since the outbreak of the war, HALO has been out on the streets and in the shelters handing leaflets showing different types of ordnance so that people can recognise dangerous items and protect themselves from potentially lethal accidents. We put up danger signs around the cluster munitions, and then visited a beekeeper, who had found a Shoab cluster bomb among her beehives. Finally we visited Aygestan, where a former military ammunition store had been destroyed during the fighting. The devastation is enormous; the entire landscape strewn with bullets, grenades and rockets. It seemed almost absurd to see cattle munching on grass on a landscape littered with debris of war. HALO estimates it will take at least 12 months to clear this site alone. 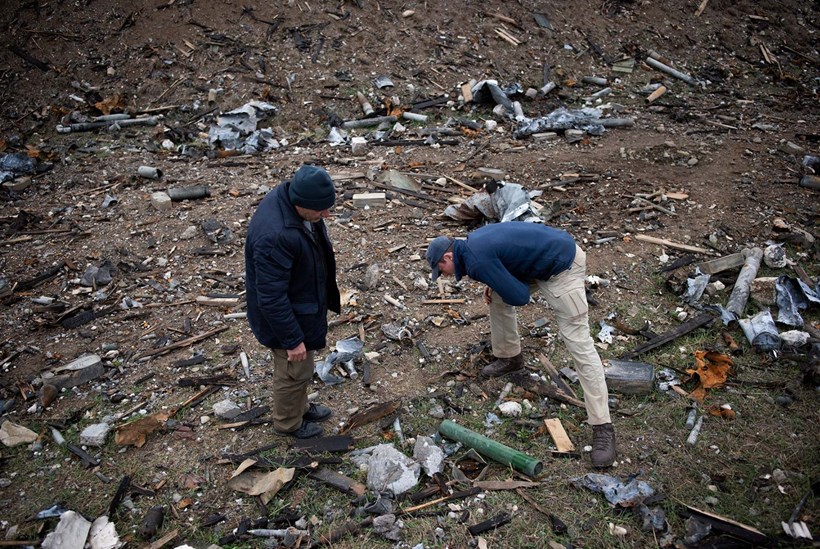 During my time at HALO I have heard many sad stories. However, they were from the 1992-94 conflict, so although I was saddened by them, I always felt one step removed from them. This time is different. When you’re here, and you’ve lived through the war alongside the people, it’s very raw. Everybody has lost someone or something; a precious relative or a much-loved home. My parents used to reminisce about the home that they were forced to leave in Abkhazia during its war for independence with Georgia in 1991. I can understand their loss a lot better now. So many parents here are witnessing their children live through what they had to endure themselves just two decades ago. The emotional damage could take generations to heal. But HALO will clear the physical damage now – to keep people as safe as possible, as soon as necessary.

This blog was first featured in The Armenian Mirror-Spectator.