Prince Harry in Angola with HALO

Twenty-two years after Princess Diana walked through a minefield in Angola, Prince Harry continued her legacy today as he visited HALO's Angolan programme.

After camping by one of Africa's great rivers he visited a remote minefield being cleared by HALO in southern Angola before returning to Huambo to retrace his mother's footsteps, highlighting the connection between humanitarian mine clearance, development and conservation. 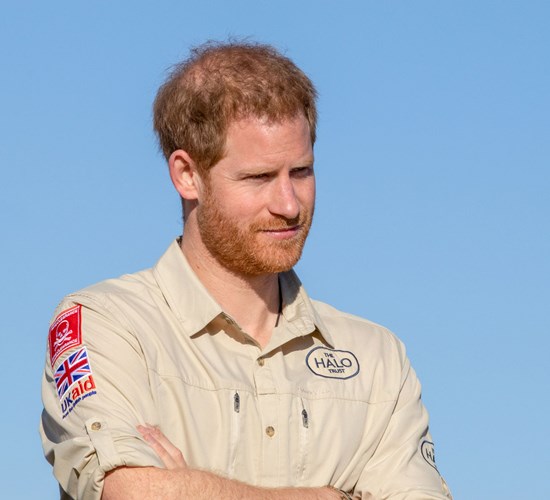 “Landmines are an unhealed scar of war. By clearing the landmines, we can help this community find peace. We can protect the diverse and unique wildlife that relies on the beautiful Cuito River I slept beside last night."

The Prince was visiting Angola as part of his African Royal Tour. With HALO he camped a few miles from the small town of Dirico and visited the first minefield to begin clearance under a new project in partnership with the Angolan Government. 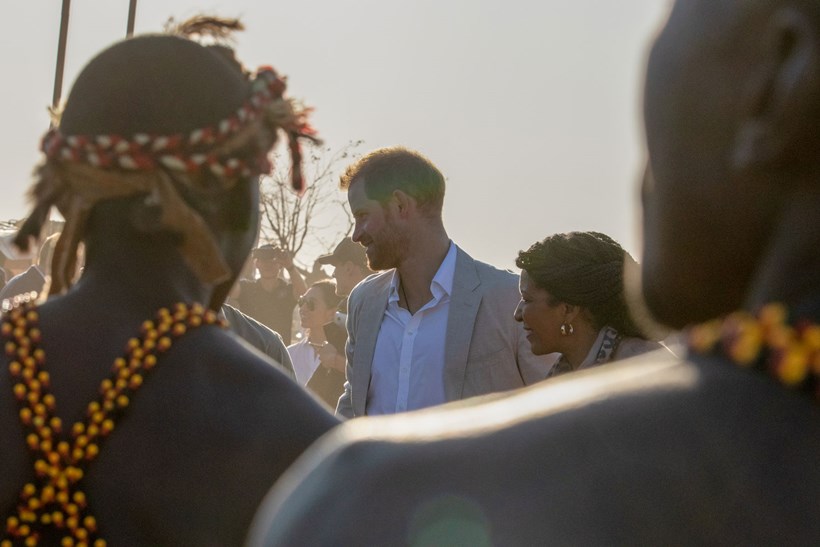 At the Prince’s camp, crocodiles swam in the Cuito river, just metres from his safari tent. At Dirico the Cuito meets the Cubango and together they feed the world heritage Okavango Delta.

He made a plea for international support to help HALO clear landmines from the headwaters and tributaries that feed the Delta.

“Just as these rivers extend for miles, so must this project extend far beyond Dirico. Outside of the national parks, large parts of this crucial watershed also need to be cleared of landmines." 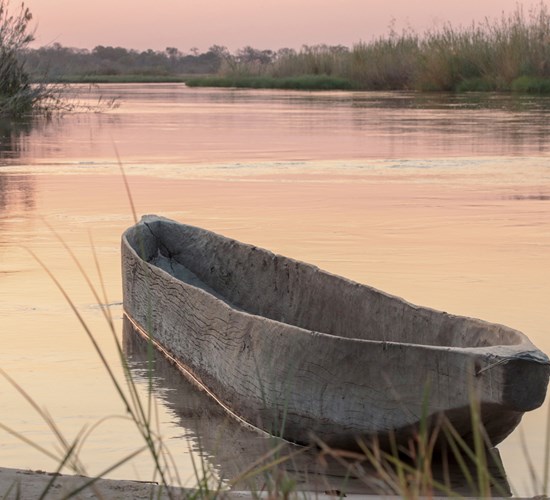 In the second stage of his visit he stood on the spot where his mother Diana, Princess of Wales, walked in a HALO minefield in 1997 and energised the successful global campaign to ban landmines. 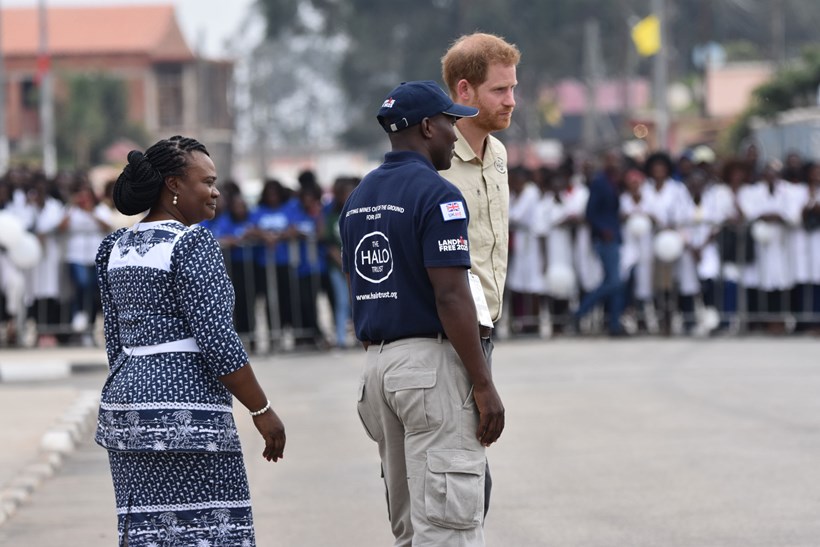 Prince Harry retraces his
mother's footsteps
“Once heavily mined, the second city of Angola is now safe. With the right international support, this land around us can be like Huambo – a landmine-free thriving community.”

On his walk in the minefield Prince Harry spoke with deminers who he first met in 2013 when he last visited Angola with HALO. He then detonated and destroyed a landmine. 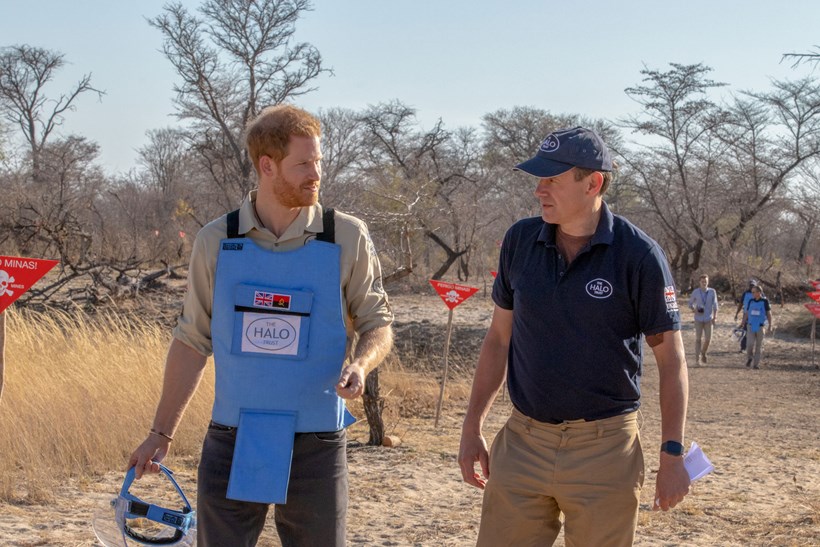 “We at The HALO Trust are honoured to have been entrusted with the task of clearing landmines from Angola’s national parks and the Okavango watershed. Our work in the coming years in this part of Angola will make local people safe and is the necessary first step for the protection of wildlife and the sustainable development of the economy.” 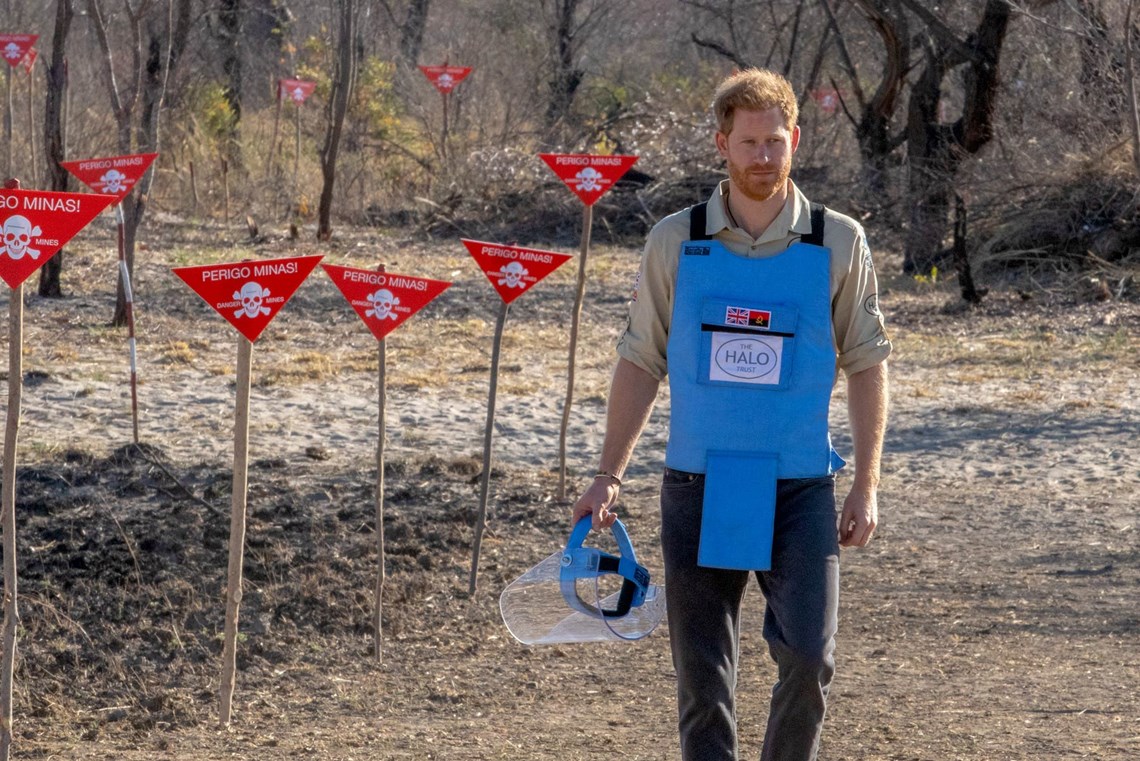 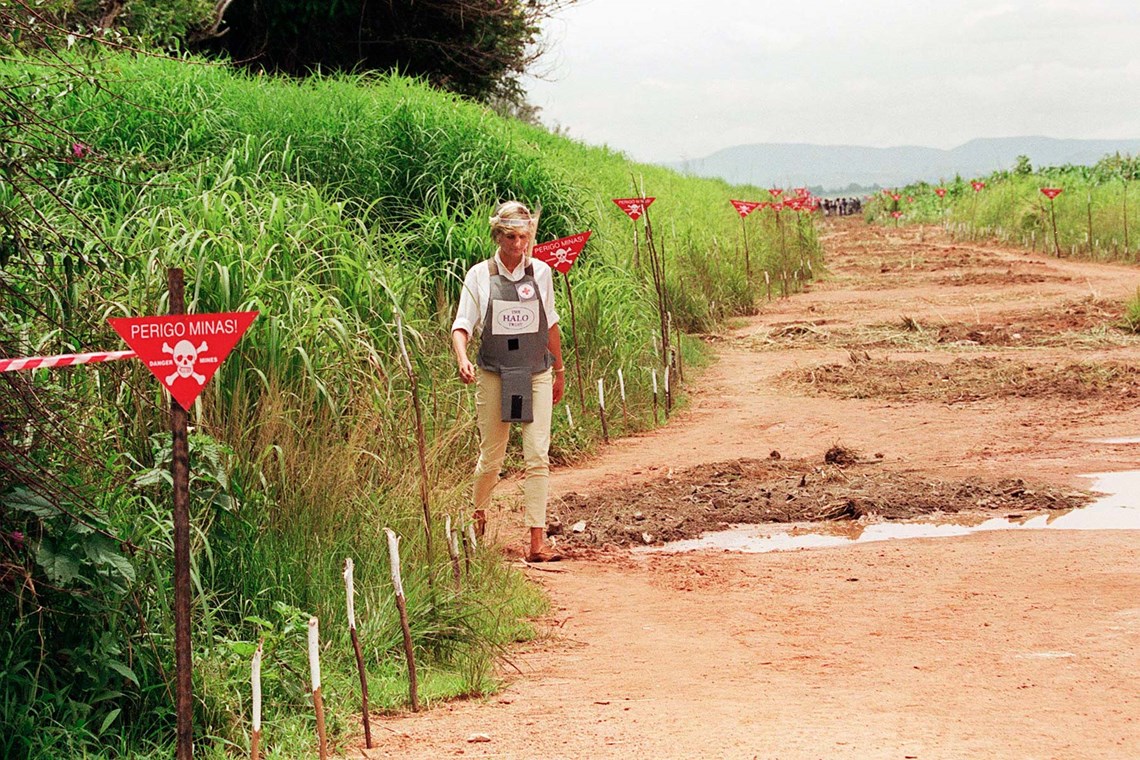 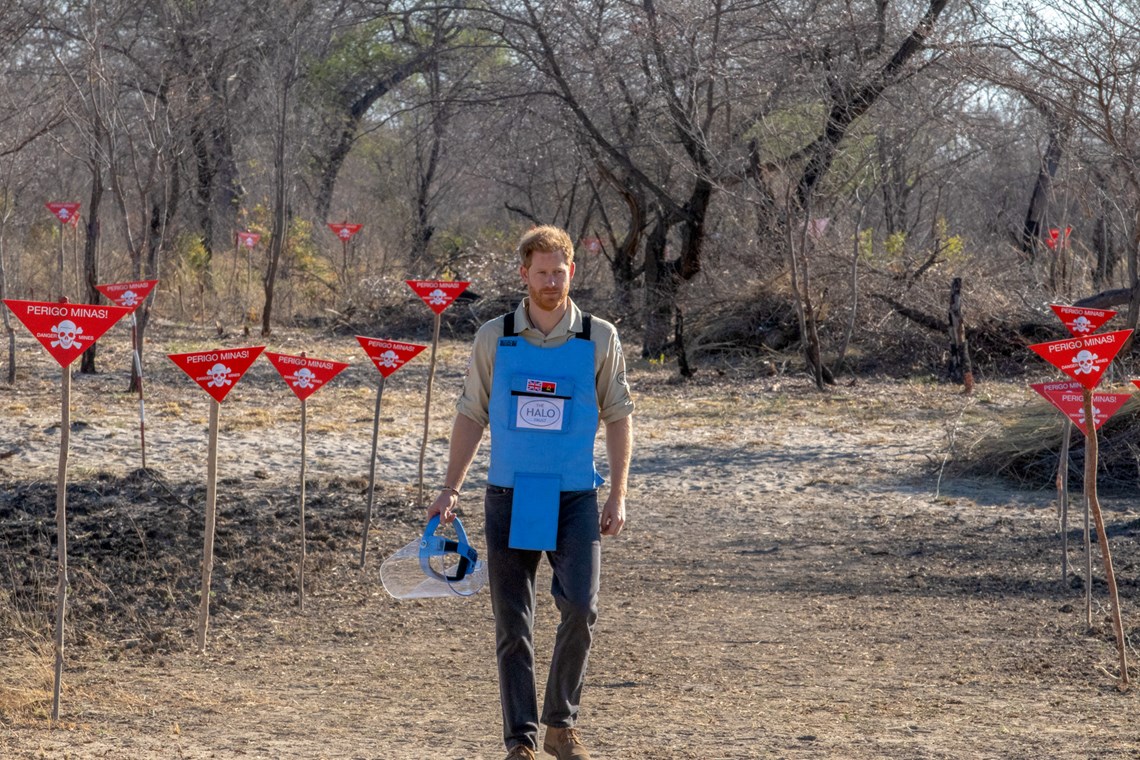 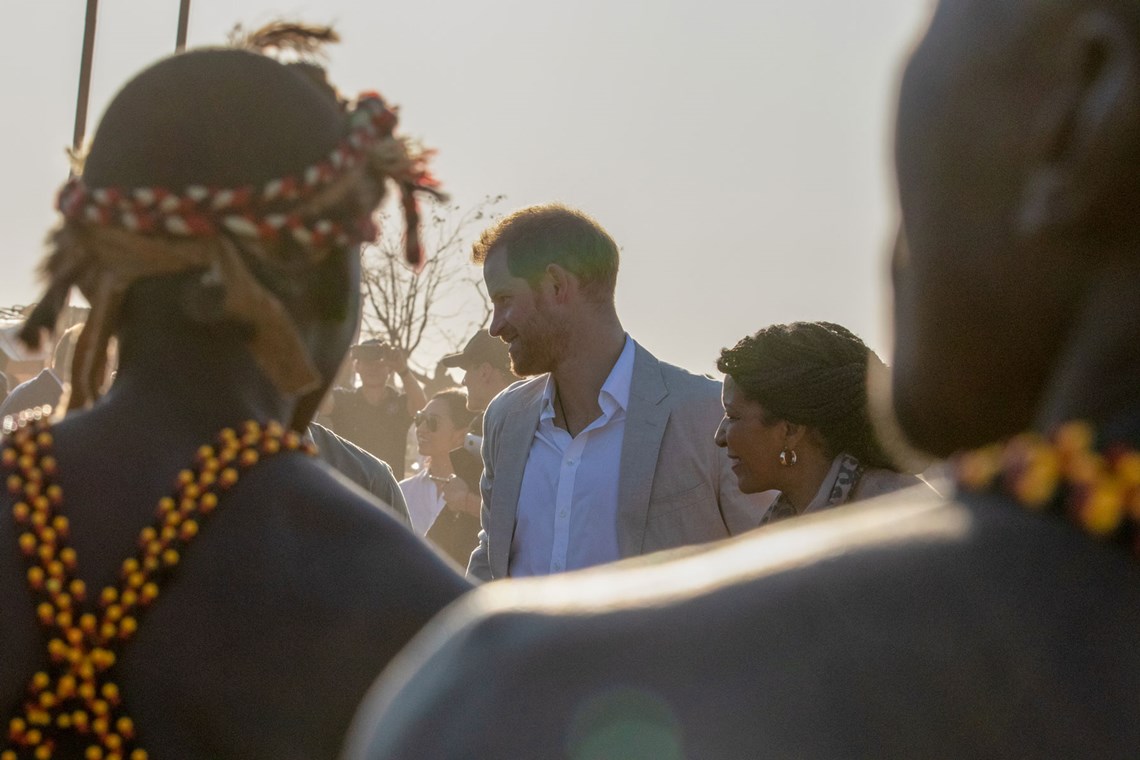 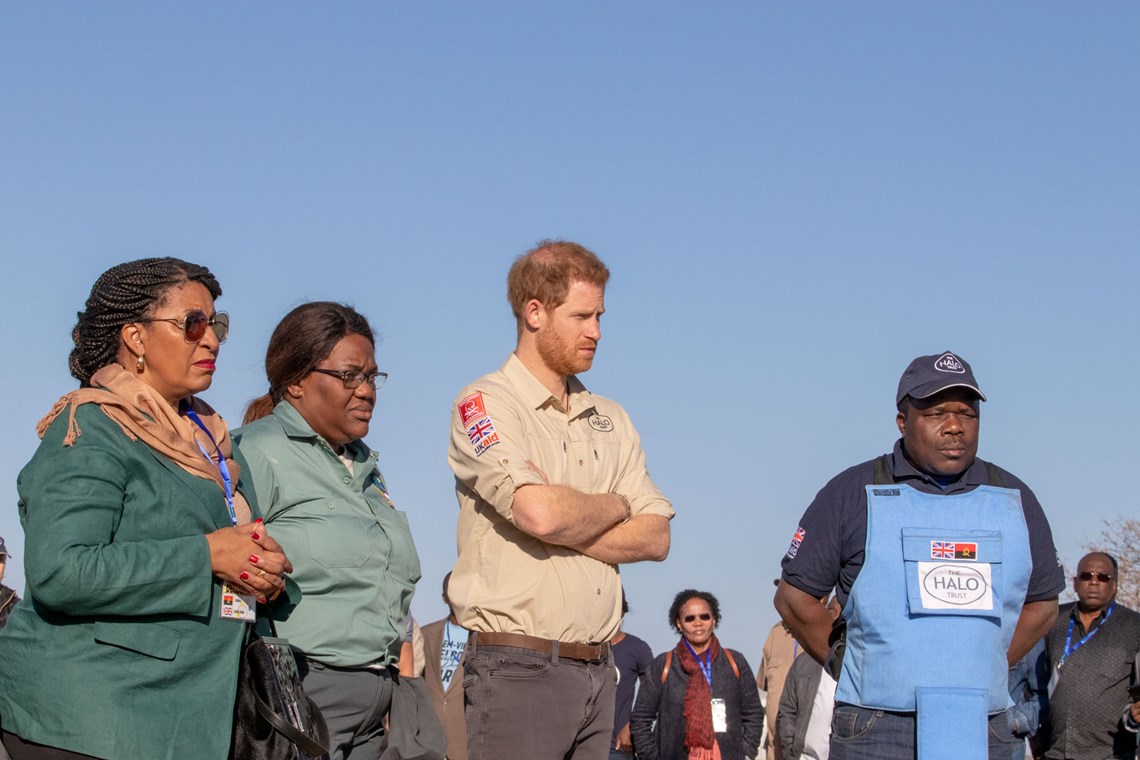 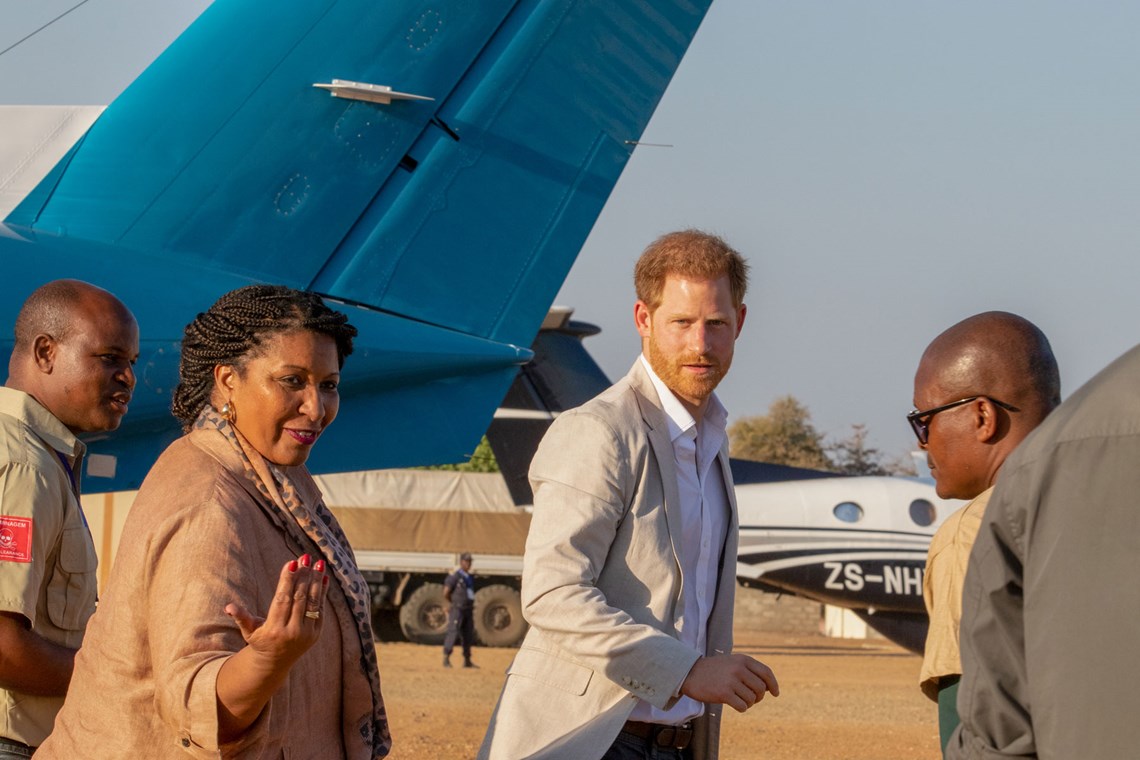 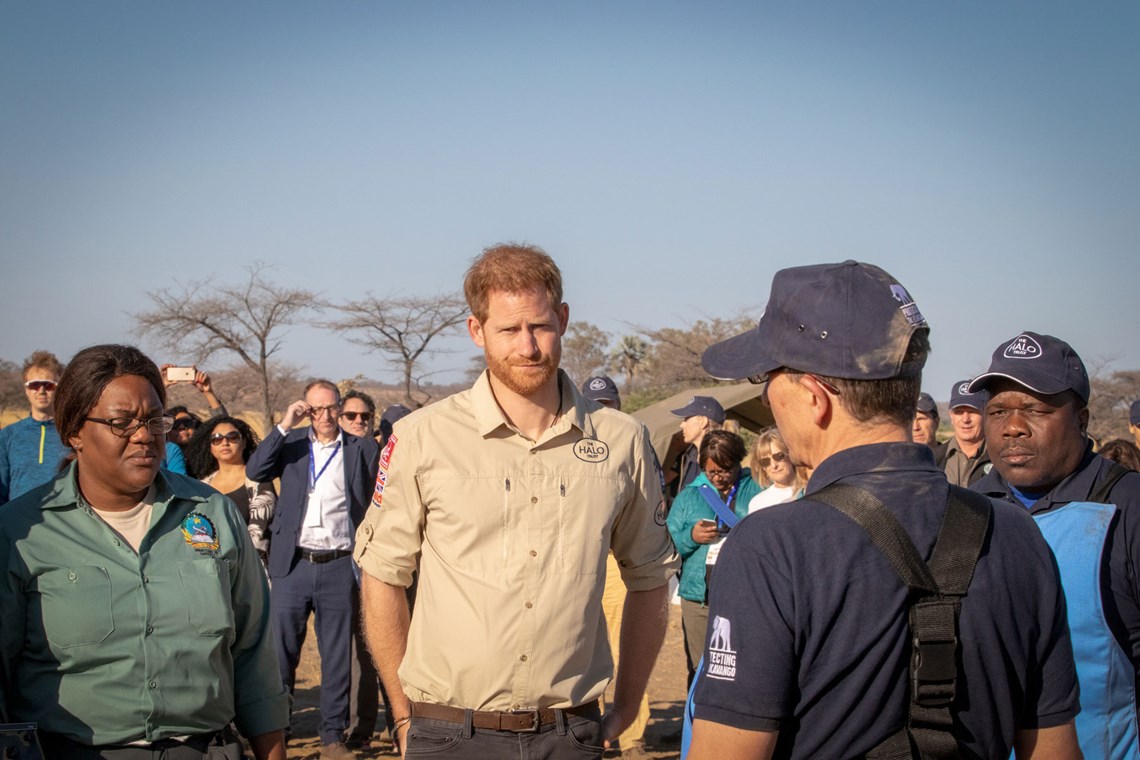 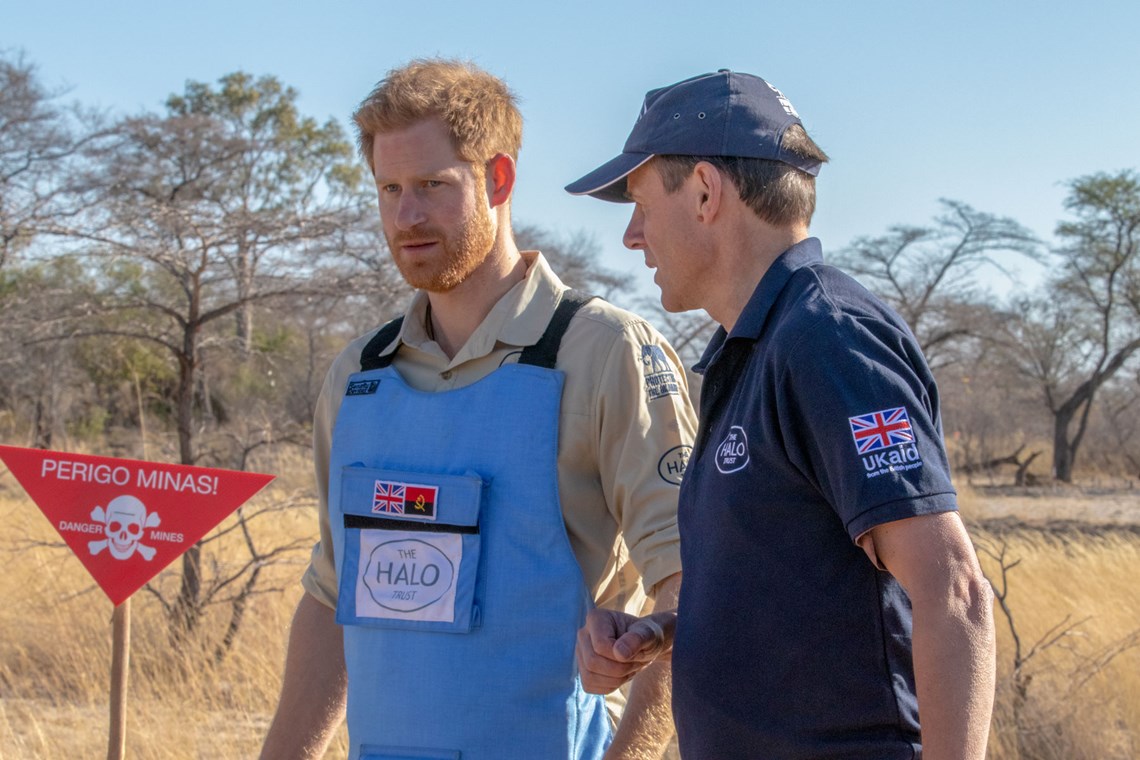 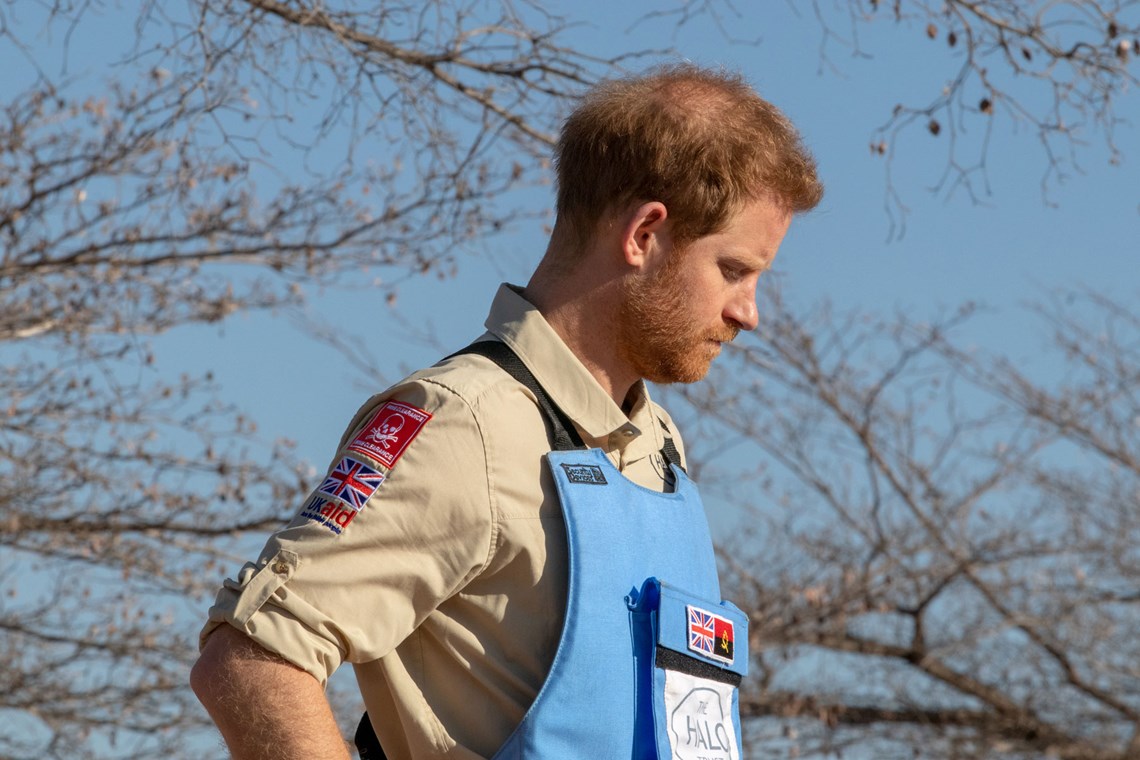 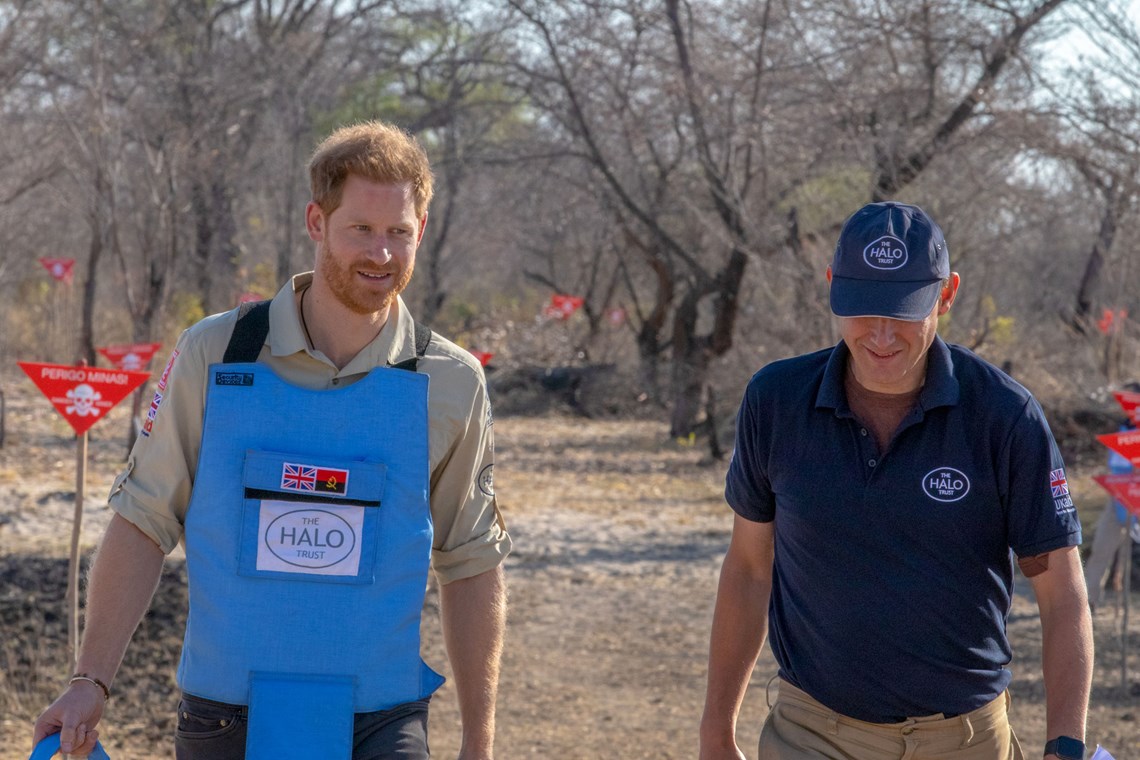 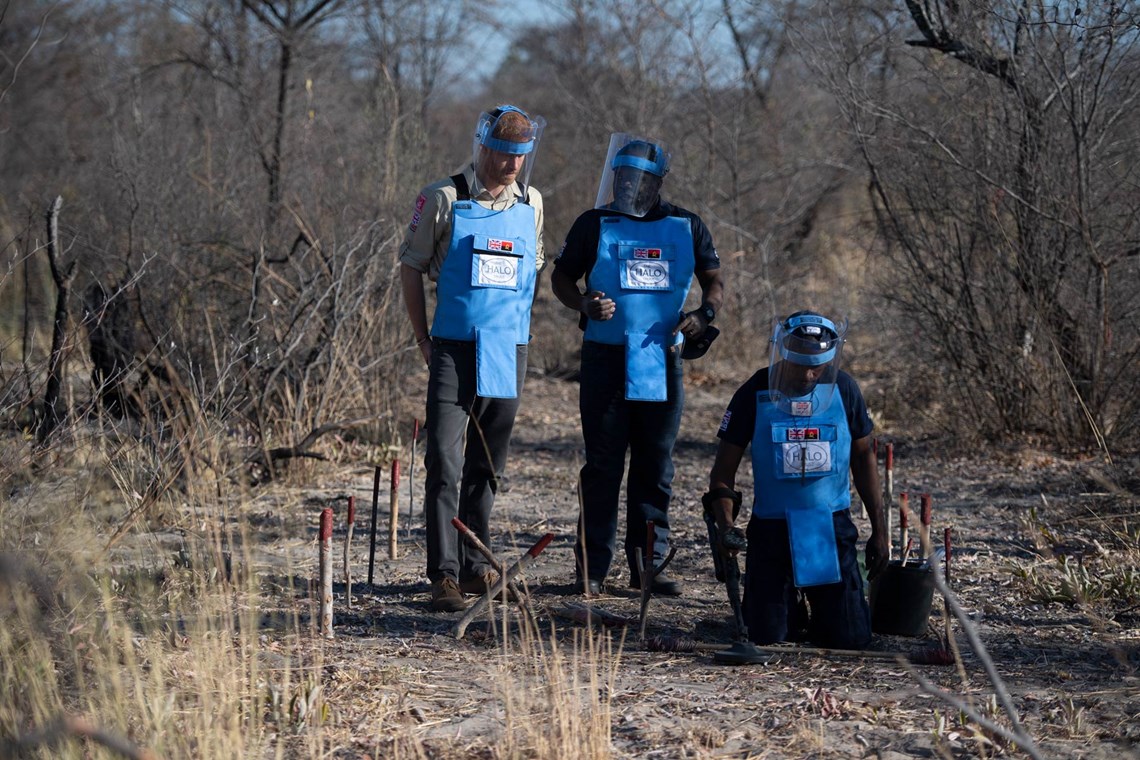 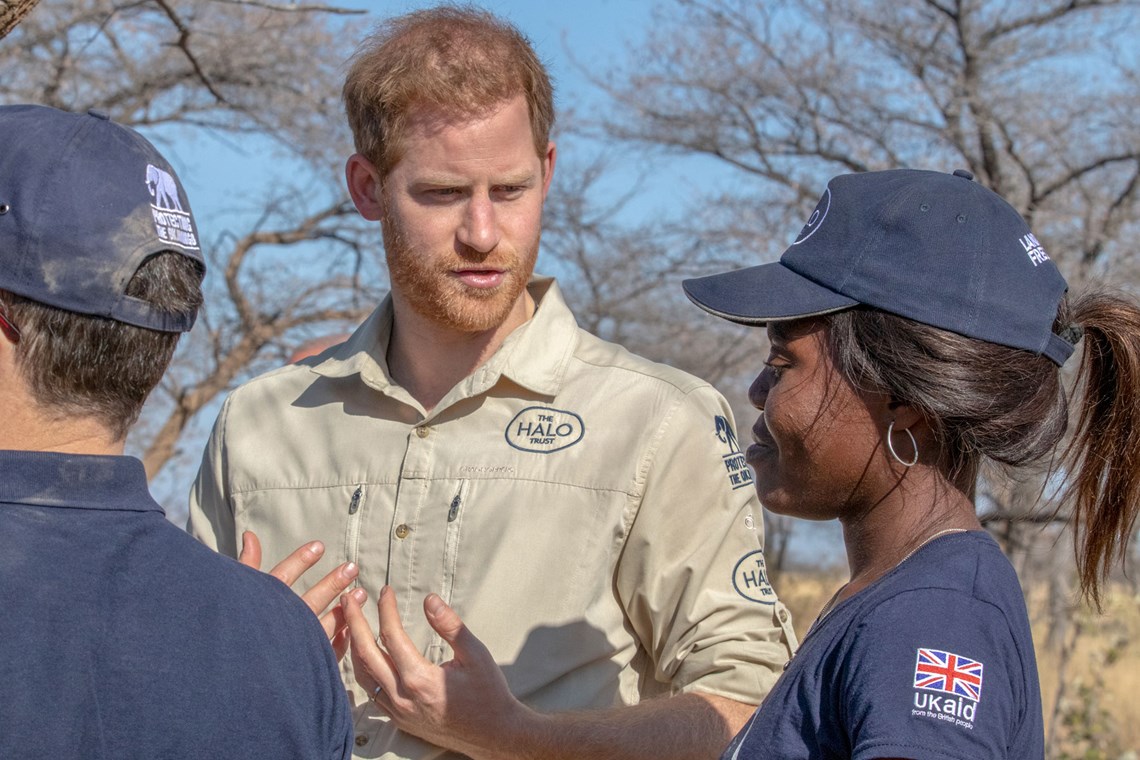 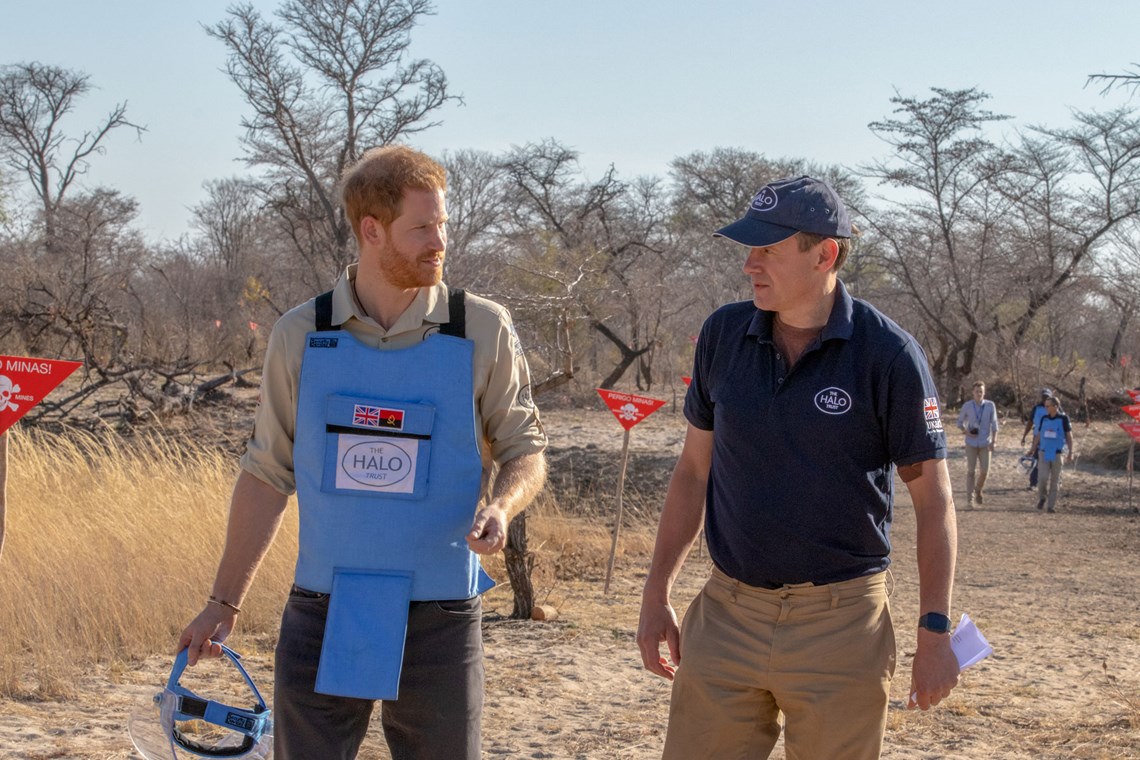 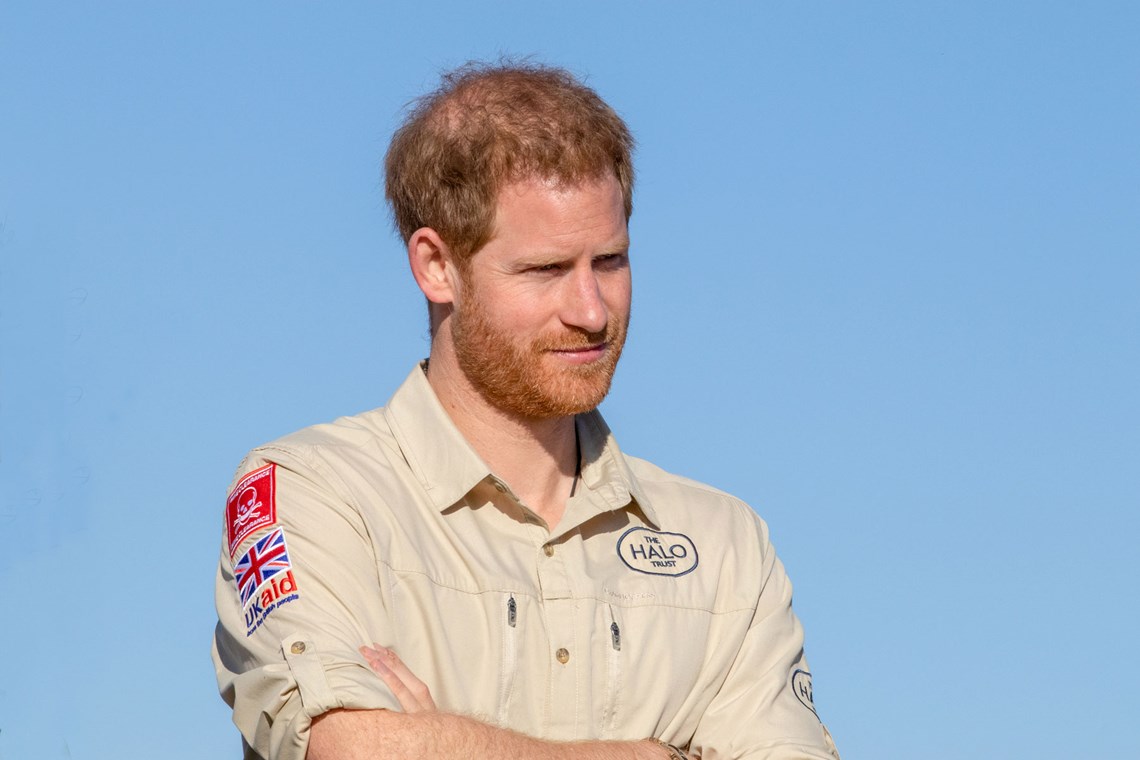 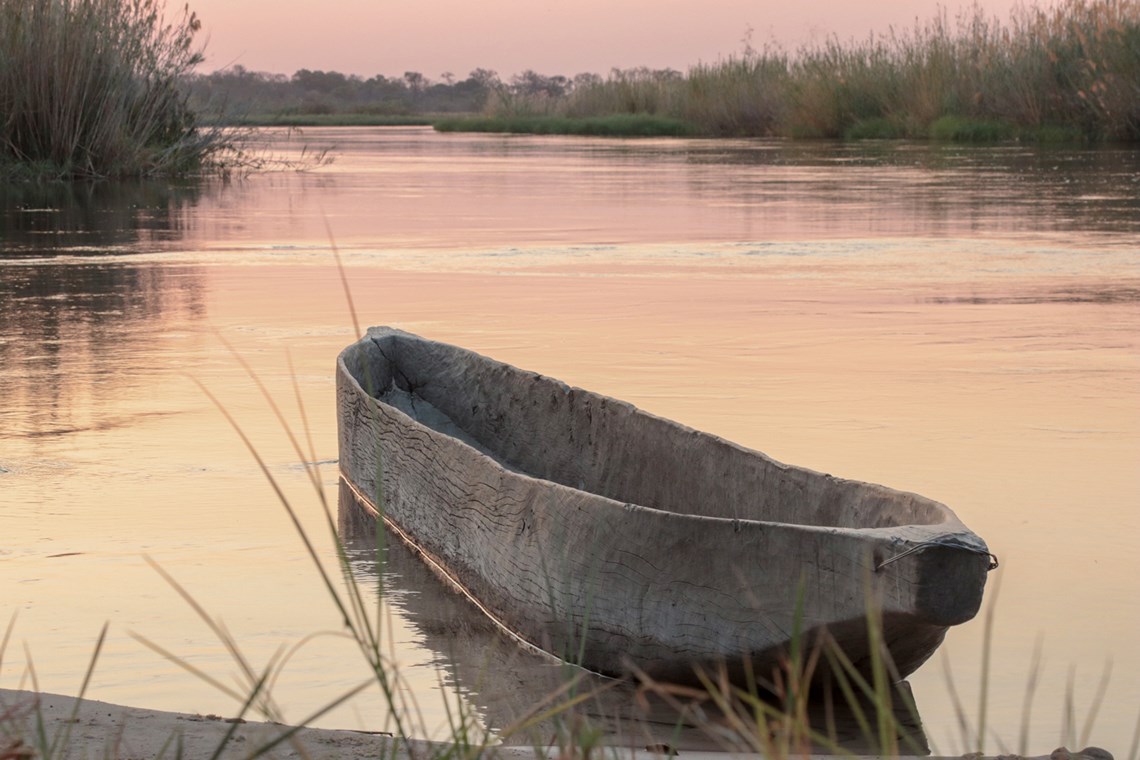 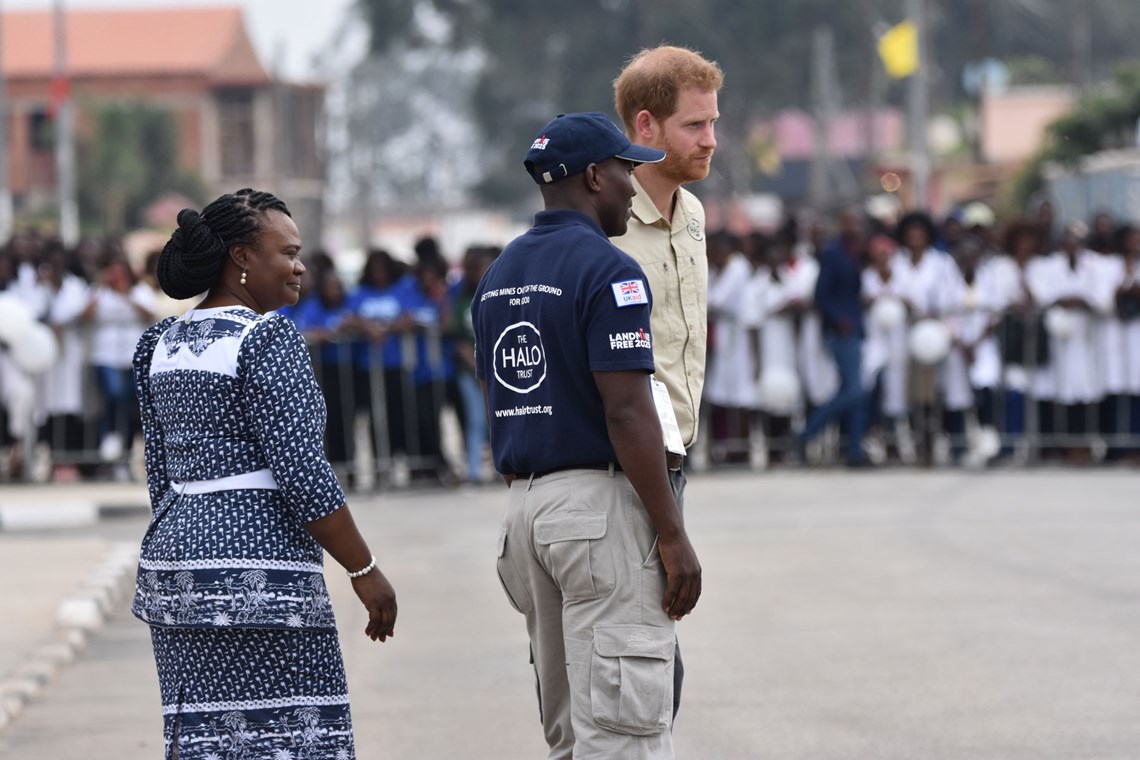 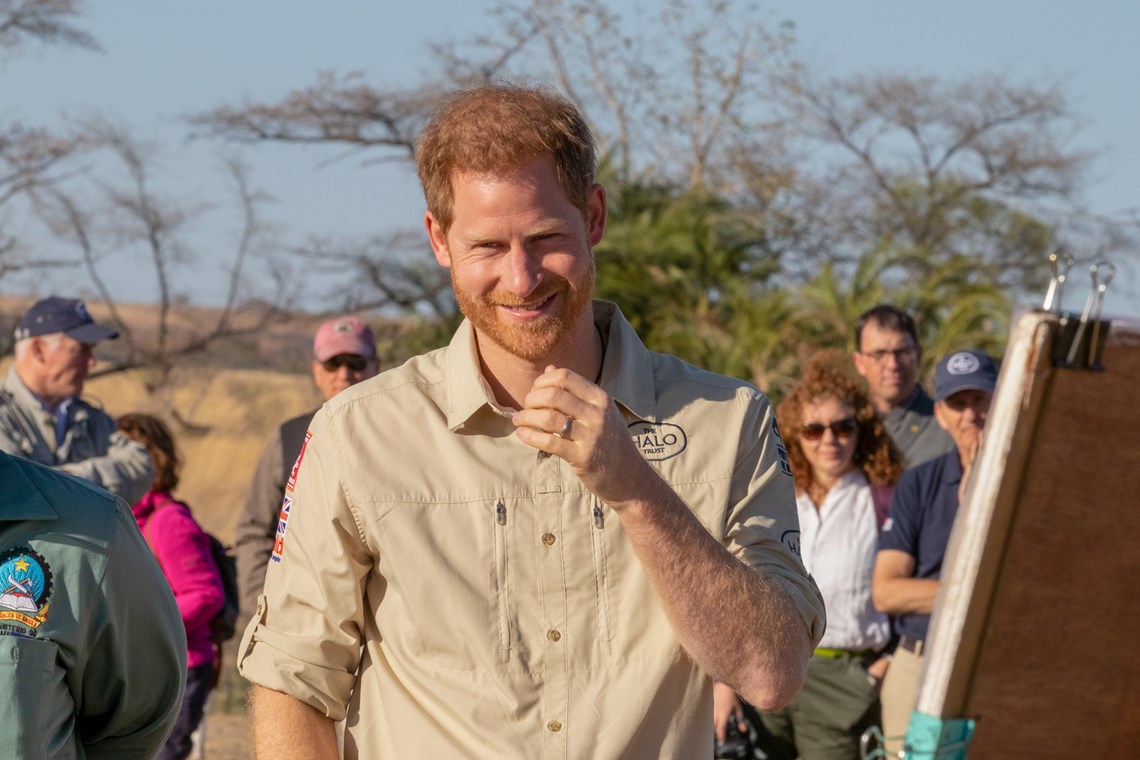 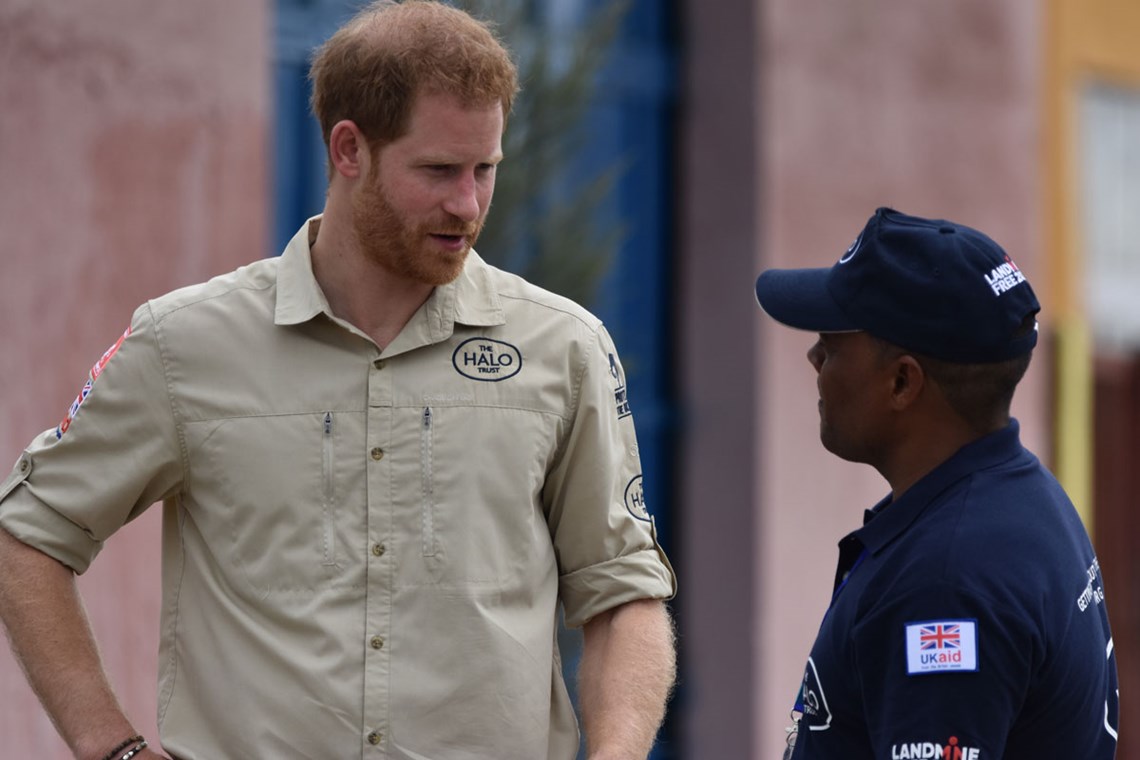 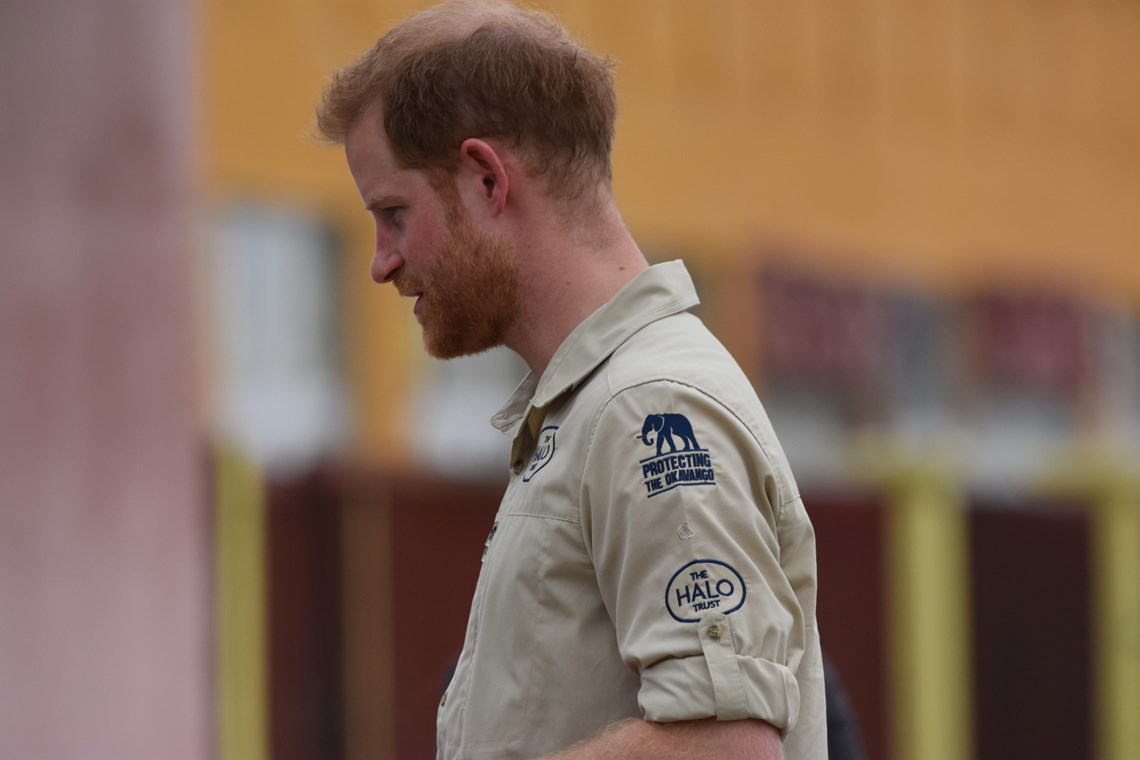 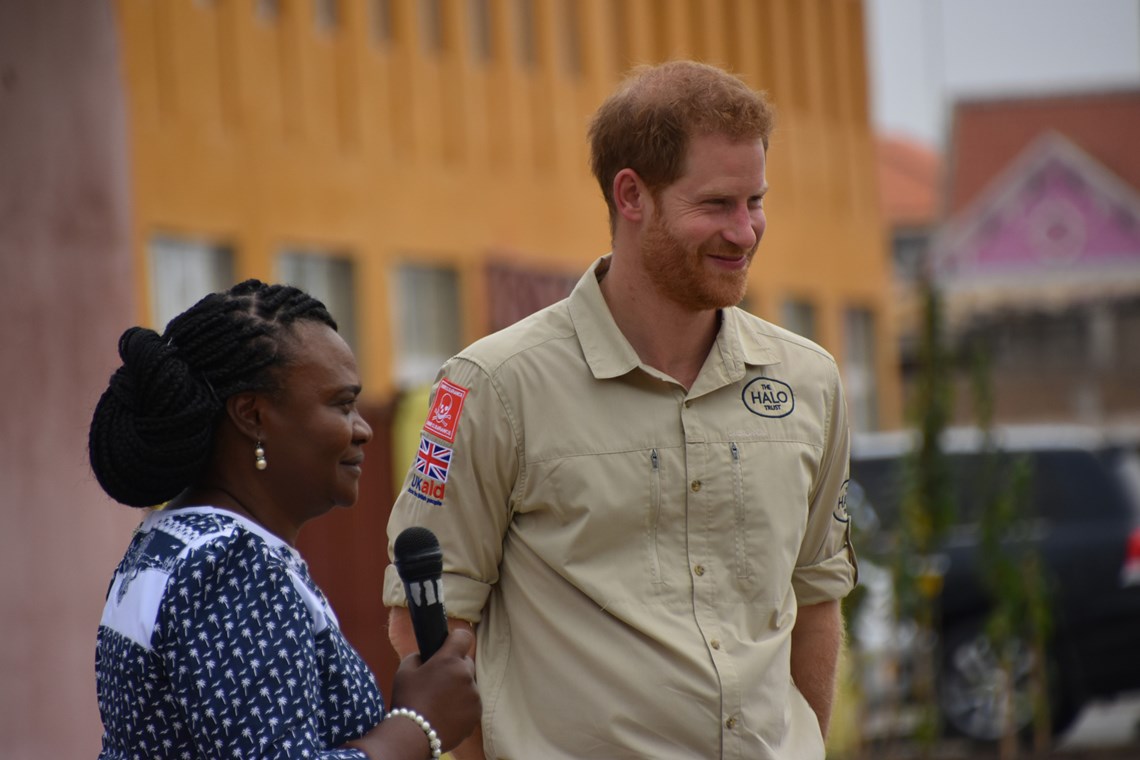