Zimbabwe's landmines were laid in the 1970s. They remain dangerous today.

A Barrier to Life 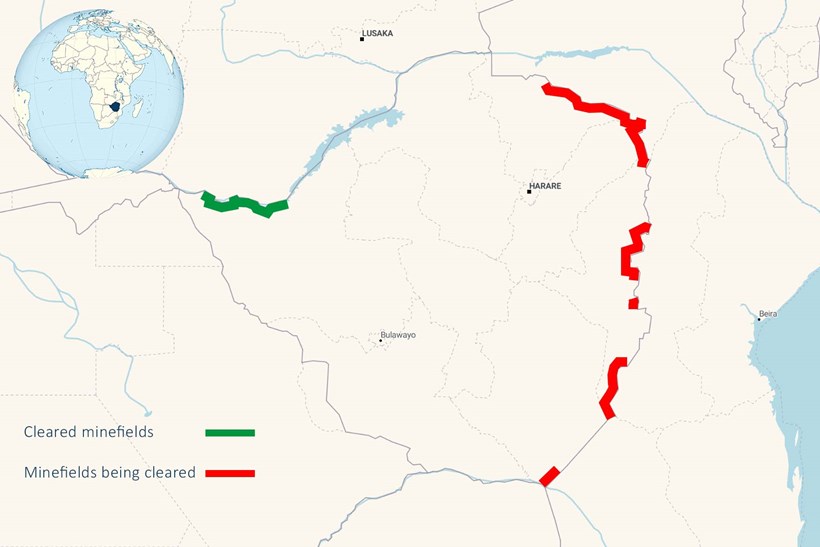 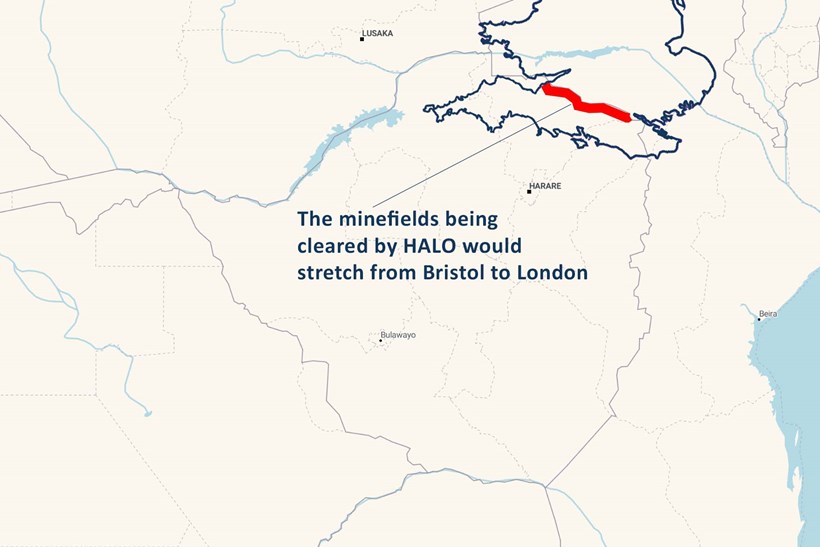 Mines were laid along the country's border to prevent fighters entering from neighbouring countries. The minefields being cleared by the HALO Trust would stretch from Bristol to London if they were in the UK.

Above: Footpaths through a minefield.

Landmines cut off local people from from water supplies, pasture land, schools and clinics. The mines force them to use informal paths though the dense minefields. 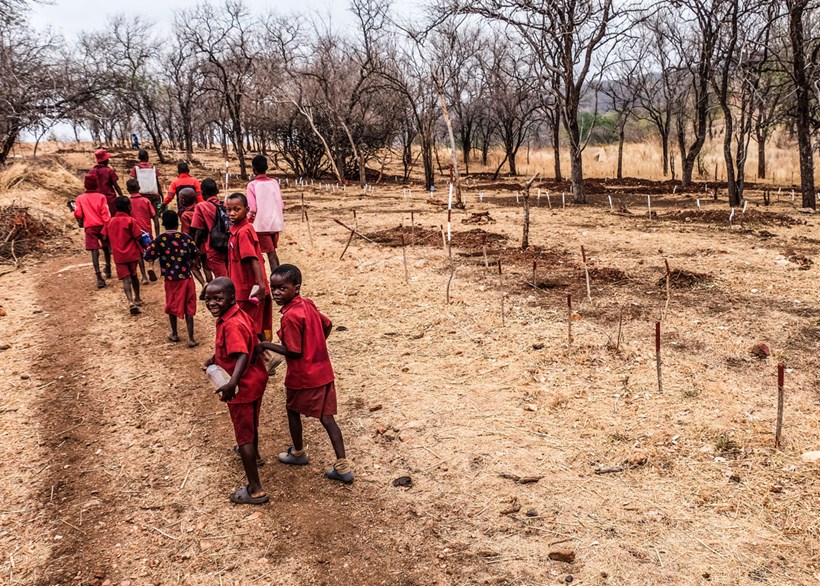 Above: Big kids watch out for little ones on informal paths through minefields to get to school.

Zimbabwe's minefields are uniquely dense and complex. At first the Rhodesian military laid in several belts - dense anti-personnel mines were buried in the ground in one section. Then a locally-made mine called the 'Ploughshare' was hoisted on posts and attached to a tripwire in another belt.

As the war went on, fences and cleared ground were dispensed with and each mine-laying unit started using different patterns. The posts for the Ploughshares have since rotted and their tripwires eroded. After four decades of rains, animal disturbance and growing vegetation, HALO can never be certain where it will find each mine. 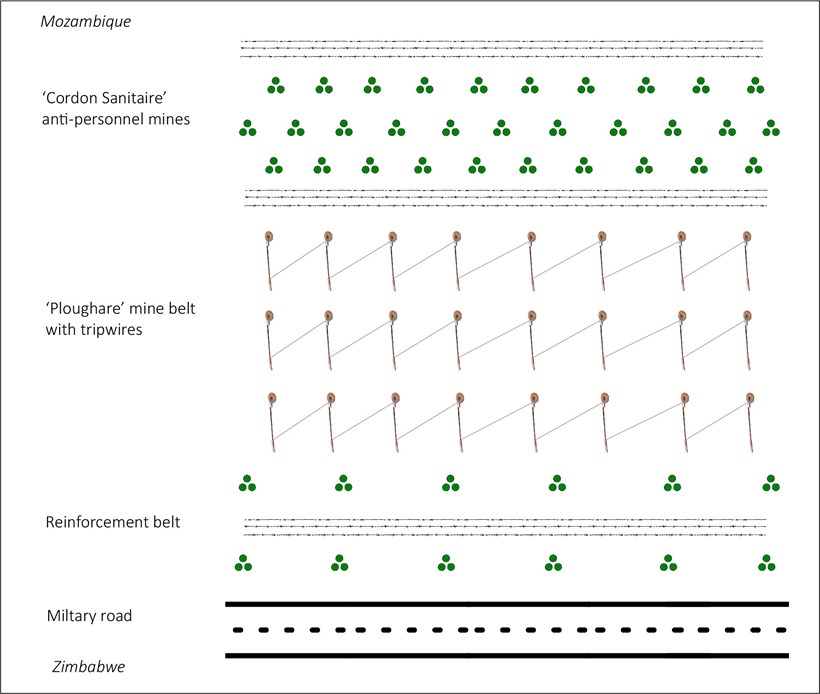 Several types of mine were laid in Zimbabwe, but among the most sensitive is the South African-made R2M2. The pin that strikes the detonator and a small spring are the only metal parts and they are sealed in plastic. It is both hard to find with a metal detector and remains very dangerous after four decades in the ground. HALO staff have to extremely careful about the sensitivity of the R2M2.

The Ploughshare is known as a 'directional fragmentation' mine - it contained fragments of steel designed to be projected across a wide area. While their posts and tripwires may have rotted away, they remain dangerous to handle and were often protected by buried anti-personnel mines. 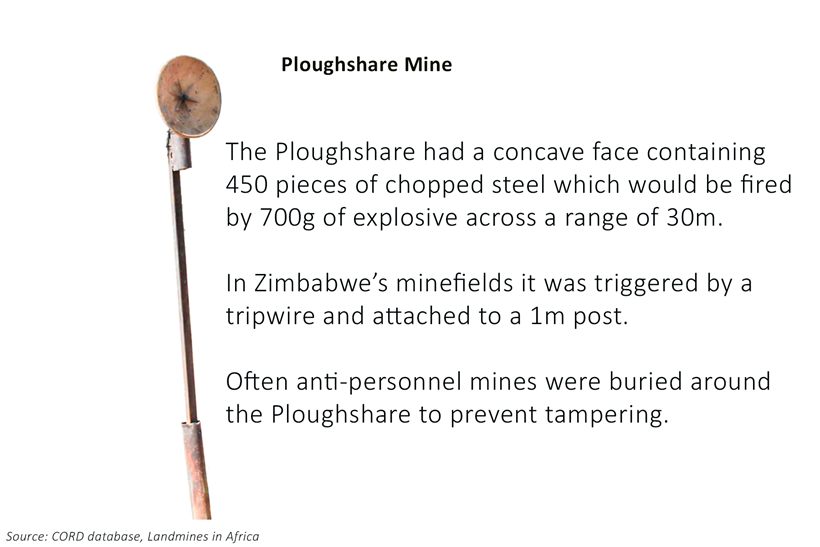 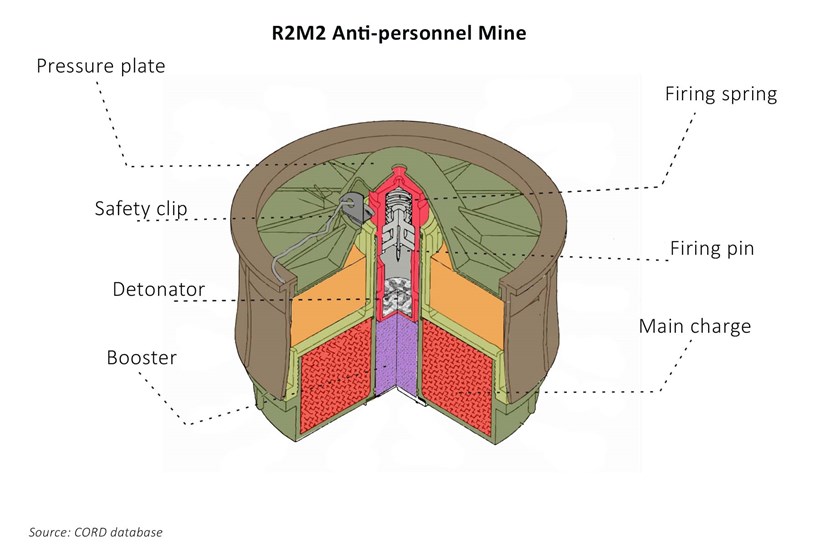 Despite their multiple mine lanes, their complexity and the density of the laying of mines, there is little evidence that they ever really prevented fighters from finding ways to cross them. Instead, for four decades they have been much more dangerous to the lives and livelihoods of the local population then they ever were to any military targets.

"This was the second biggest minefield in the world after the minefields between North and South Korea and I believe it was a total waste of time and money. It ignored the military principle that an obstacle is not an obstacle unless covered by fire. The enemy just ignored it or removed it."

Since 2013 HALO has destroyed 100,000 landmines in 103 minefields in north-eastern Zimbabwe. Every landmine cleared represents a child who doesn't have to walk to school through a minefield - or a farmer who can safely feed their family. 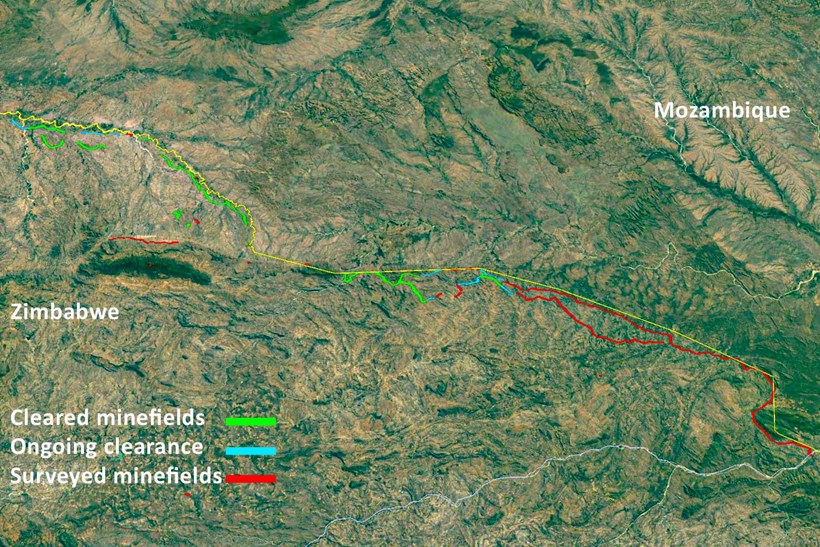 The area made safe by HALO through clearance and survey work is over 1,050 acres (142 hectares) - more than three times the size of Hyde Park in London. 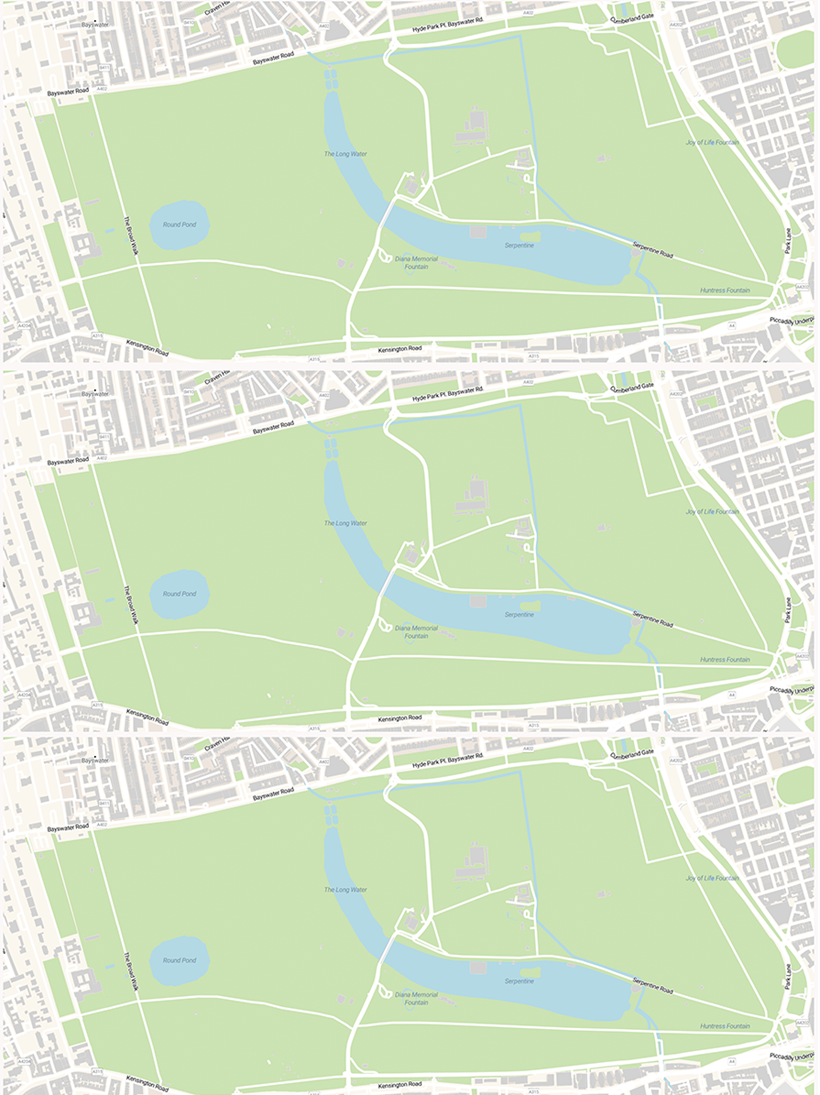