On 26 October last year, the life of ten-year-old Sai Hlaing Nom from Kyethi Township, Shan State in Myanmar, changed forever. Although fighting in Shan State comes and goes, unfortunately, unexploded bombs and other deadly debris of war remain behind—endangering the lives of local people. It was one of these explosives—a grenade—that Sai Hlaing Nom found while out collecting water for his family.

At first Sai Hlaing Nom left the grenade where he found it, but a few days later while grazing his family’s cows with his friend, Sai Ba Maung, the boys decided to bring it back to their village. They didn’t understand how dangerous the grenade could be and wanted to play with it. Sai Hlaing Nom had been told by his parents that these items could explode but he didn’t realise he could get seriously hurt—he thought it would just make a bang like a firework.

The boys were playing near three young girls from their village and, like all children, wanted to show off to their friends. Sai Ba Maung asked if they had ever seen fireworks before, and when the girls said they hadn’t, he threw the grenade against the ground. To begin with it didn’t explode but when Sai Hlaing Nom took a turn, the grenade blew up. 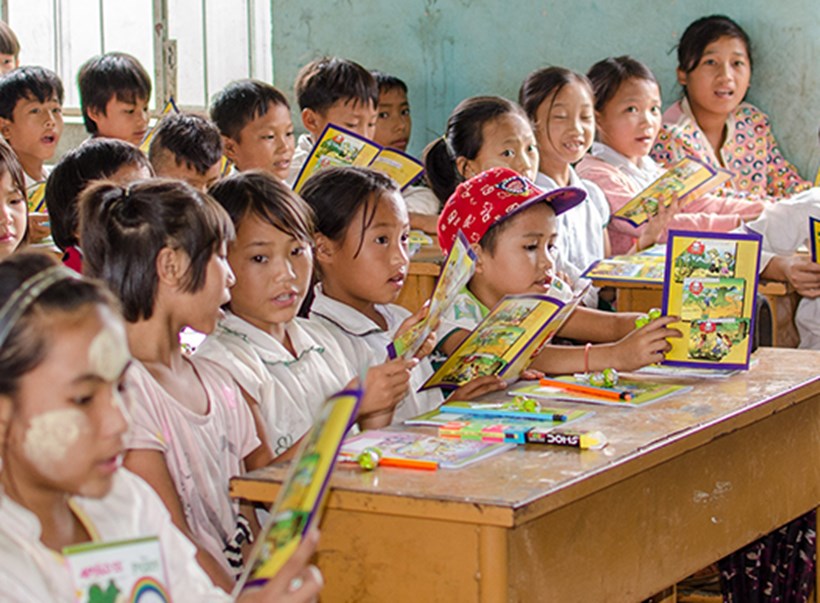 The boys didn’t understand how dangerous the grenade could be and wanted to play with it. To begin with it didn’t explode but when Sai Hlaing Nom tried throwing it, the grenade blew up.

In the explosion, Nang Seng Sin, who was just 12 years old, was killed. Sai Hlaing Nom, Sai Ba Maung, and the two younger girls were rushed to Kyethi hospital.

Following the accident, it was crucial the children received urgent and ongoing medical care. With the support of the Myanmar Humanitarian Fund (MHF), HALO was able to offer vital financial assistance to all four survivors of the accident. These cash grants helped their families to cover the expensive medical treatment required, including the costs of travel to the hospital, medicines, surgery, and living costs for the accompanying family. Sai Hlaing Nom also received assistance from the local government, and, as he began his rehabilitation, he was fitted with a prosthetic foot by the International Committee of the Red Cross.

Sadly, it is too late to prevent the accident that killed Nang Seng Sin and left Sai Hlaing Nom with life-changing injuries. However, the adults in the village, supported by HALO, are determined to make sure this never happens again. Thanks to funding from MHF we have been able to provide risk education to the villagers—teaching people how to recognise dangerous items and what to do to stay safe. The residents of Kyethu are helping to spread the message—sharing what they learnt with anyone who missed the session.

HALO will continue to teach vulnerable families in Myanmar how to stay safe until work can begin to remove the landmines and explosives for good.